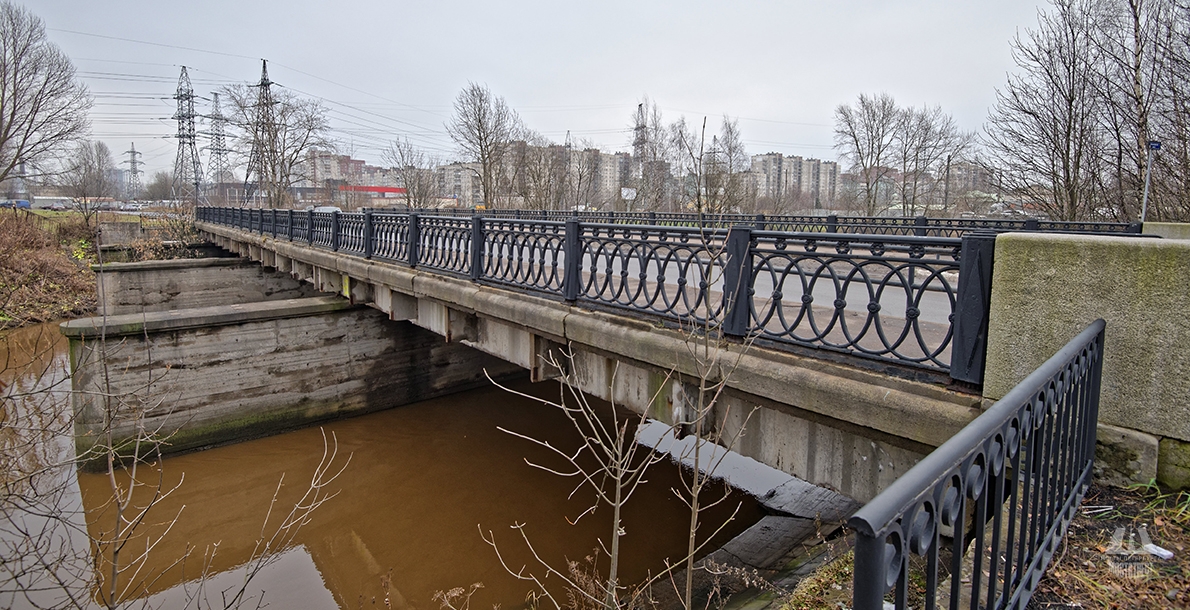 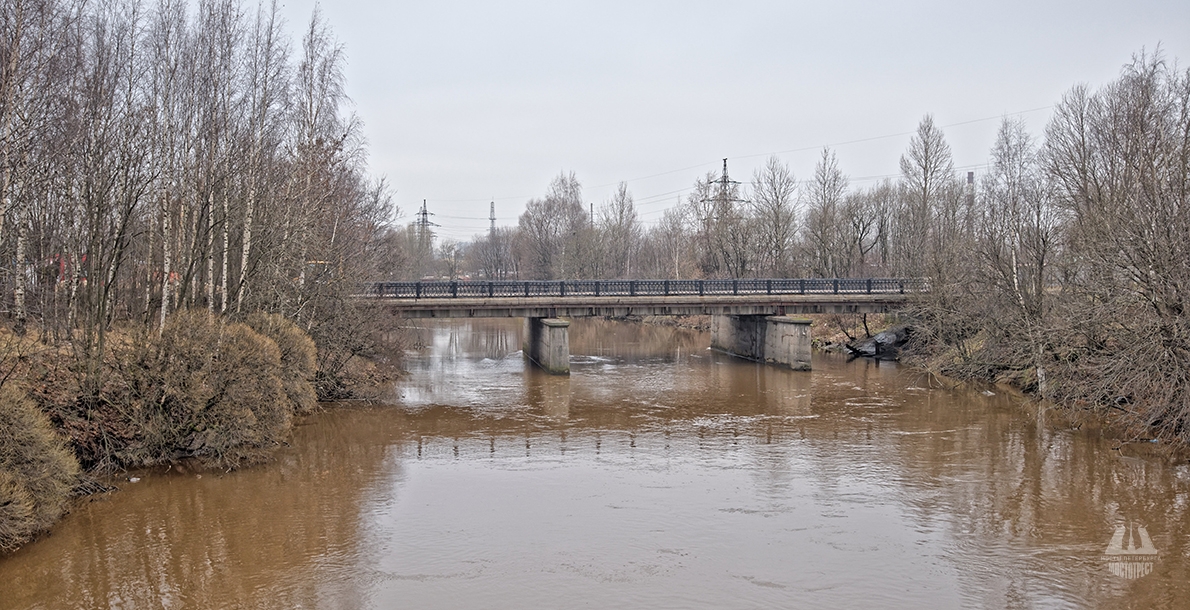 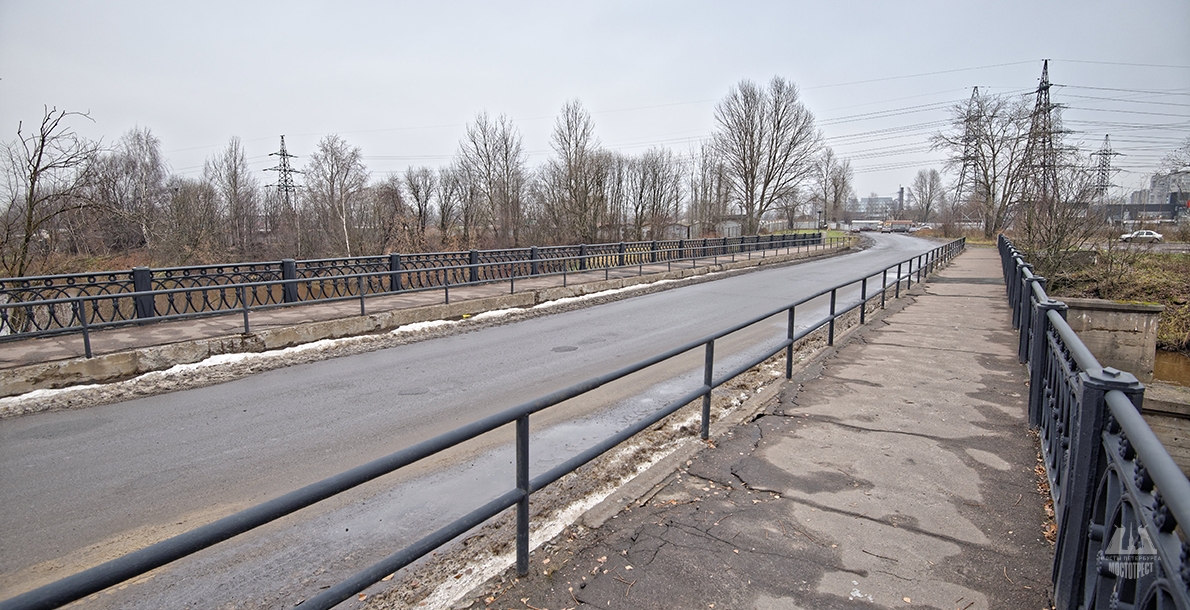 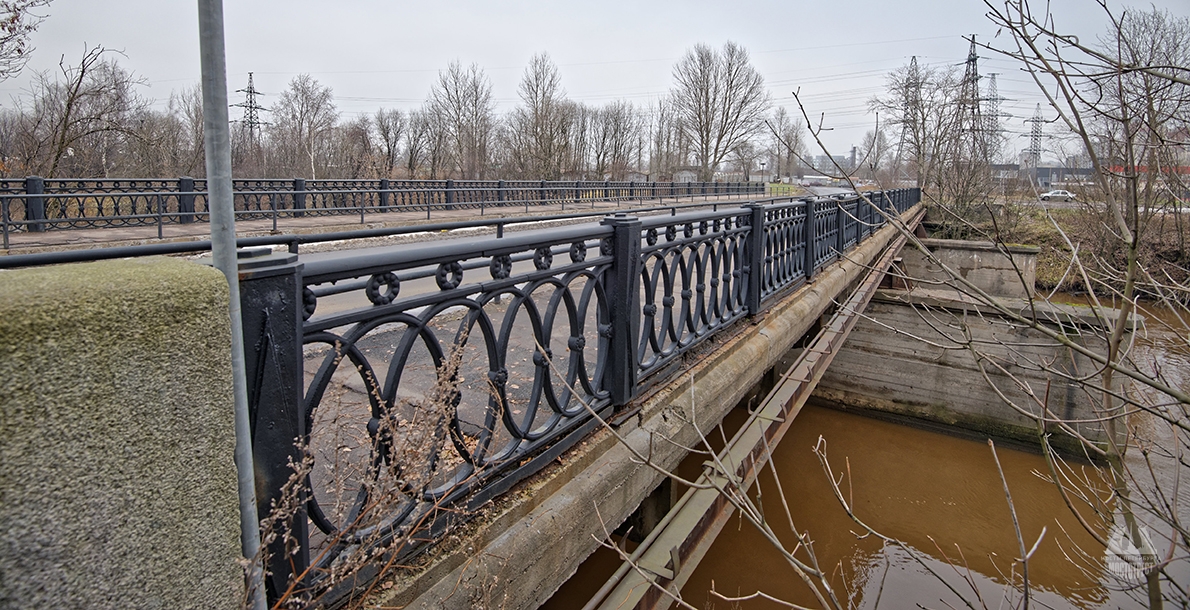 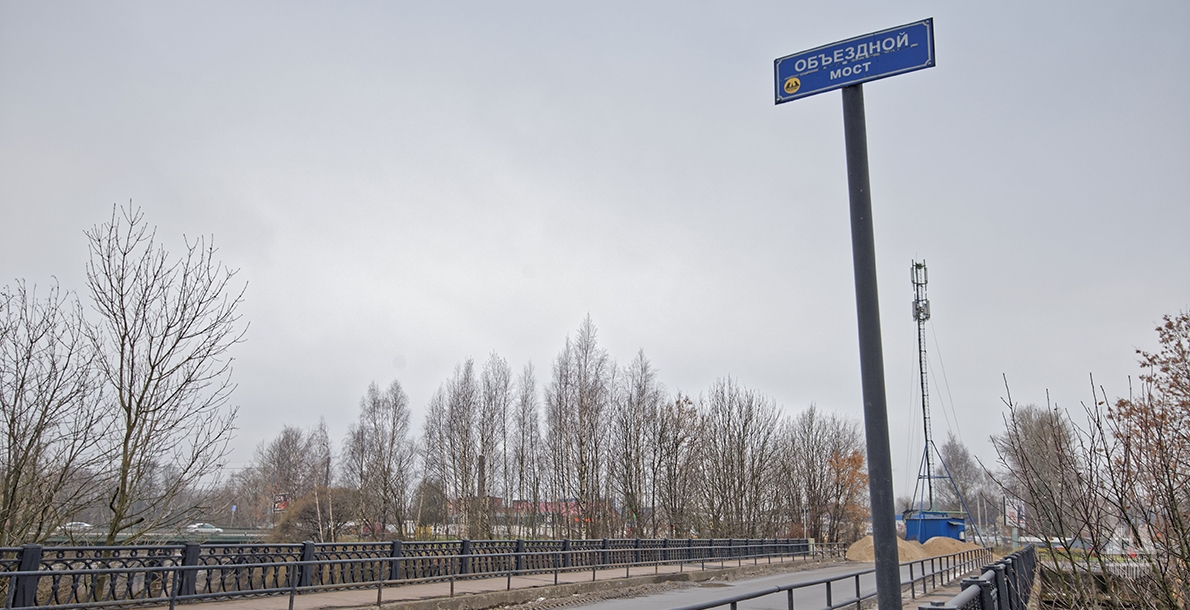 Obyezdnoy (former Okhtinsky 1-a) Bridge is a bridge over the Okhta River located on the route of the former Irinovskaya Narrow-Gauge Railroad. It was built in 1892 and connected the Bolshaya Okhta River with Irinovka Village where the turf development performed. In general, in the city, 14 bridges are spanned across the Okhta River apart from the dam of the former Gunpowder factory.

In 1926 the railroad was dismantled and tram tracks were laid on this road and two narrow wooden tramway bridges were built to connect Rzhevka District with the City.

These were three-span metal simple bridges. Central spans were covered with metal I-beams, and shore spans – by wooden girders. The abutments and intermediate supports, superstructure and railing were made of wood. The bridge length was 51.5 meters, and width was only 4.9 meters.

In 1960, in connection with the urban development master plan of Leningrad, Zhernovka District was completely redeveloped. Zhernovka is a historic district in the eastern part of St. Petersburg. The name comes from the village known since 1778 located on the left bank of the Zhernovka (Lapka) River at the confluence in the Okhta River.

As a result, in place of two wooden tramway bridges in 1960-1962, under the project of engineer A.D. Gutzeit of Lengiproinzhproject and architect L.A. Noskov a three-span reinforced concrete simple bridge was built.

Reinforce concrete foundations and intermediate supports were built with a view that in future spans designed for motor traffic will be laid there.

Art casting iron railings were installed on the bridge.

In connection with the new redevelopment of the area adjacent to the bridge the existing tram line was moved to a new route.

In 1990 tram tracks were dismantled from the bridge.

There is an asphaltic concrete pavement. The existing wooden  Okhtinsky N1-b Road Bridge located nearby on Obyezdnaya Road was dismantled in 1990.