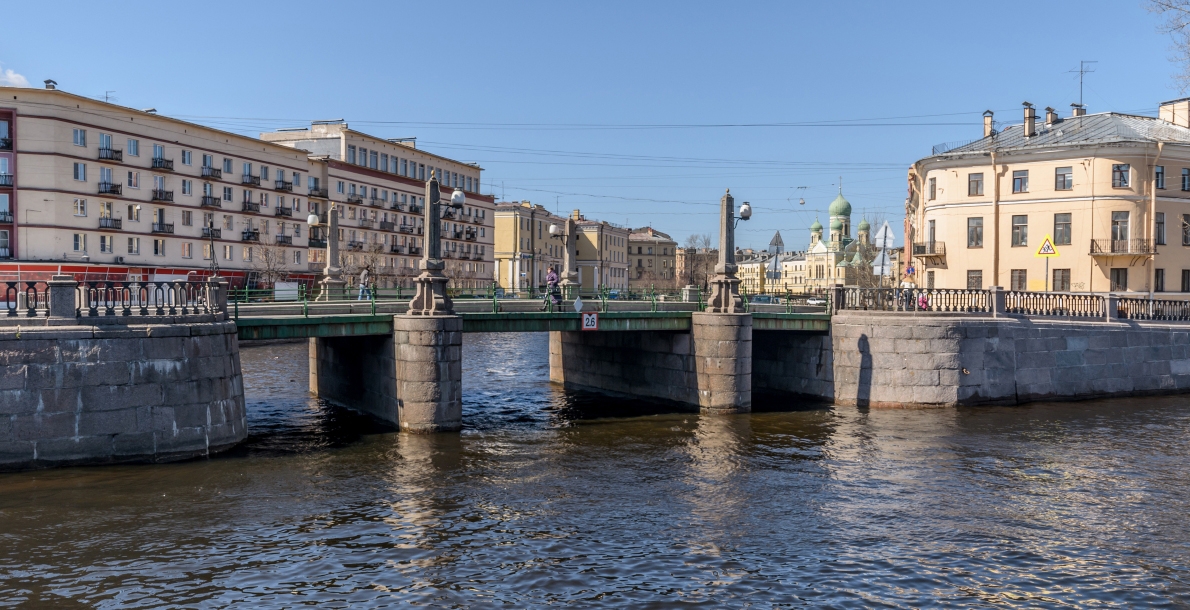 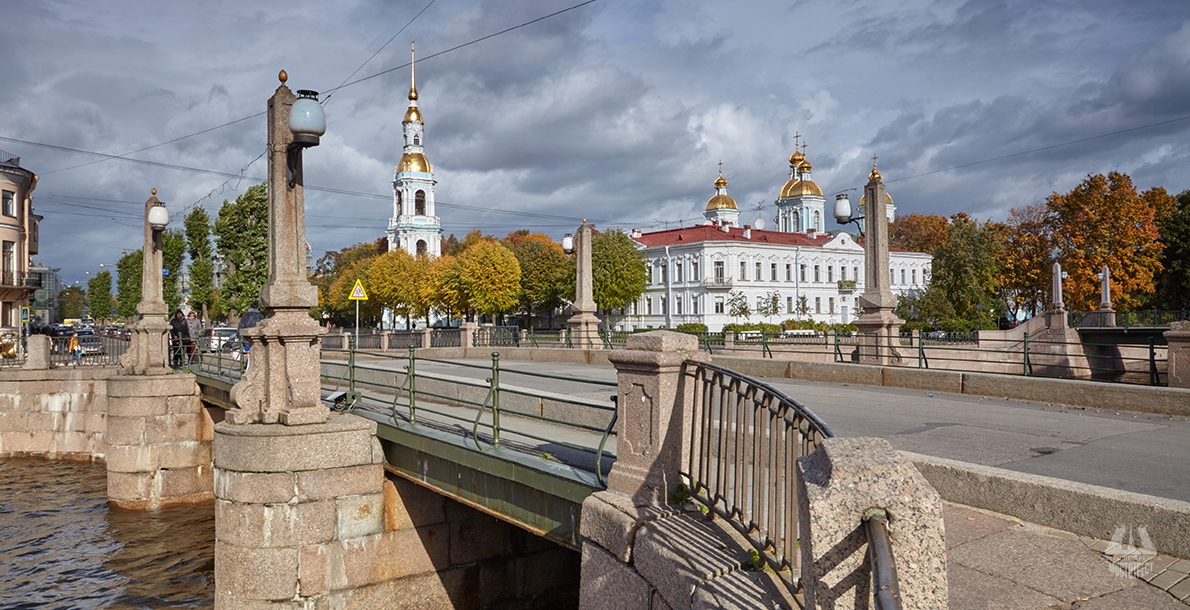 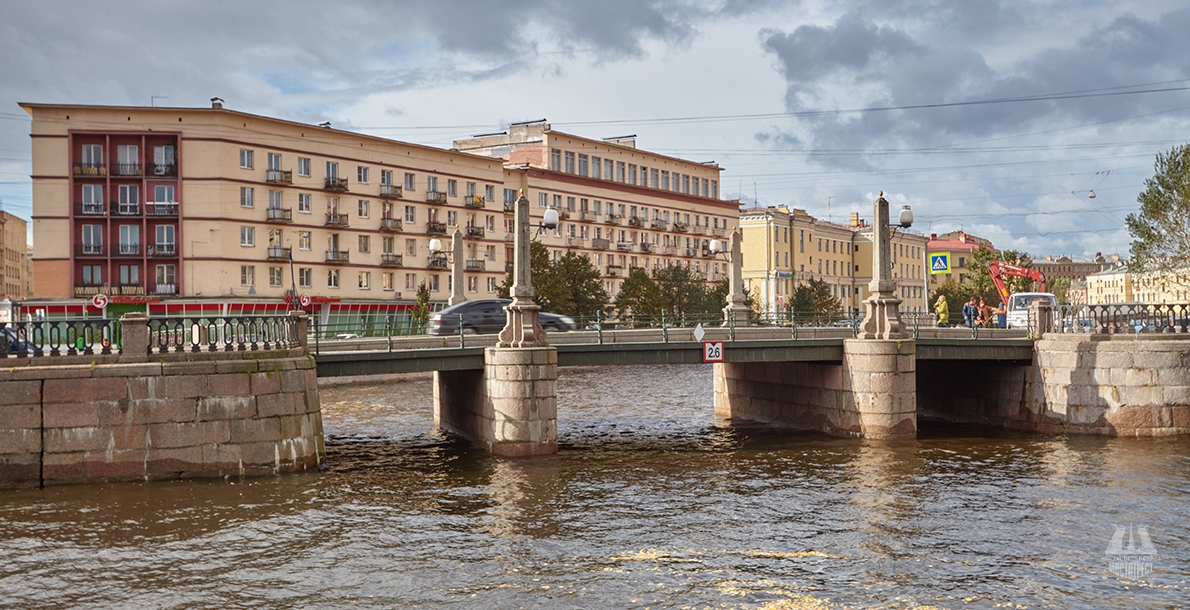 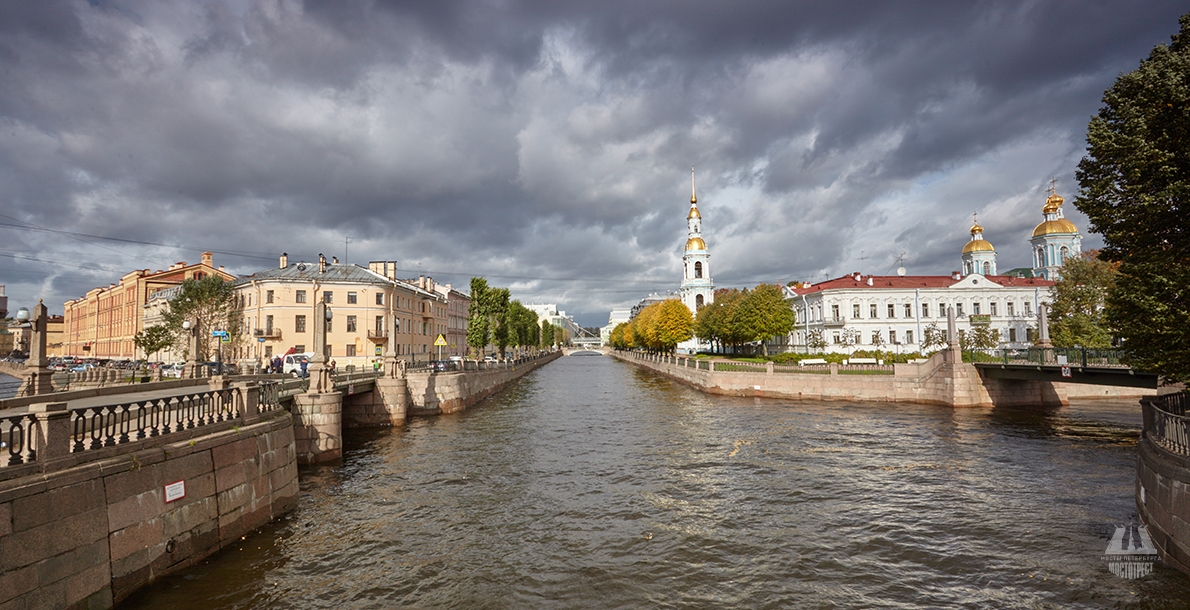 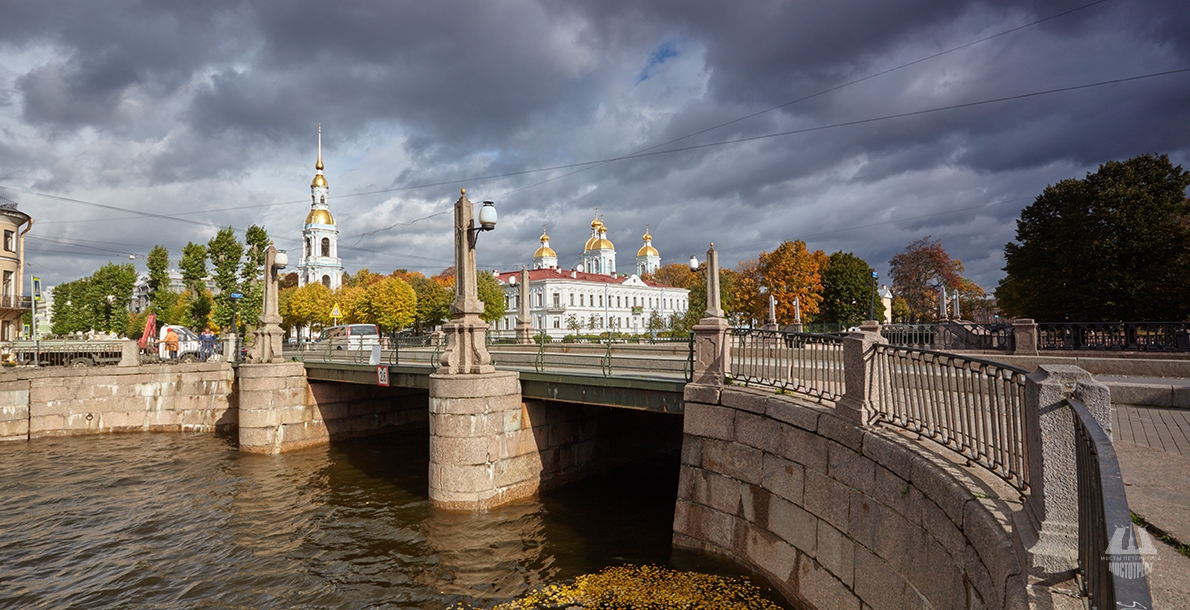 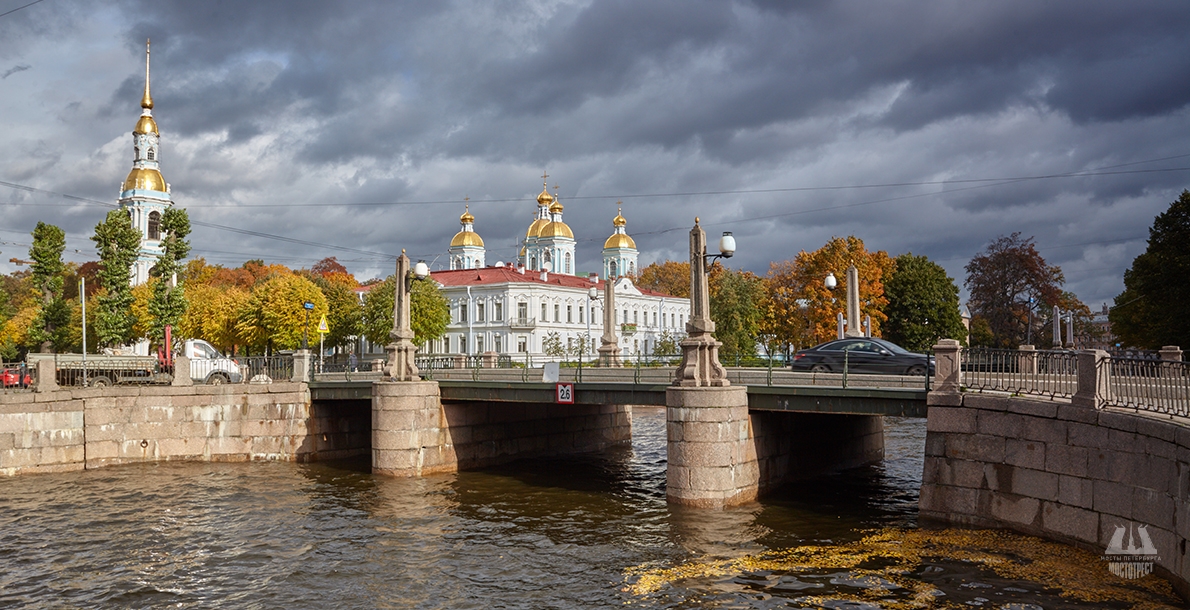 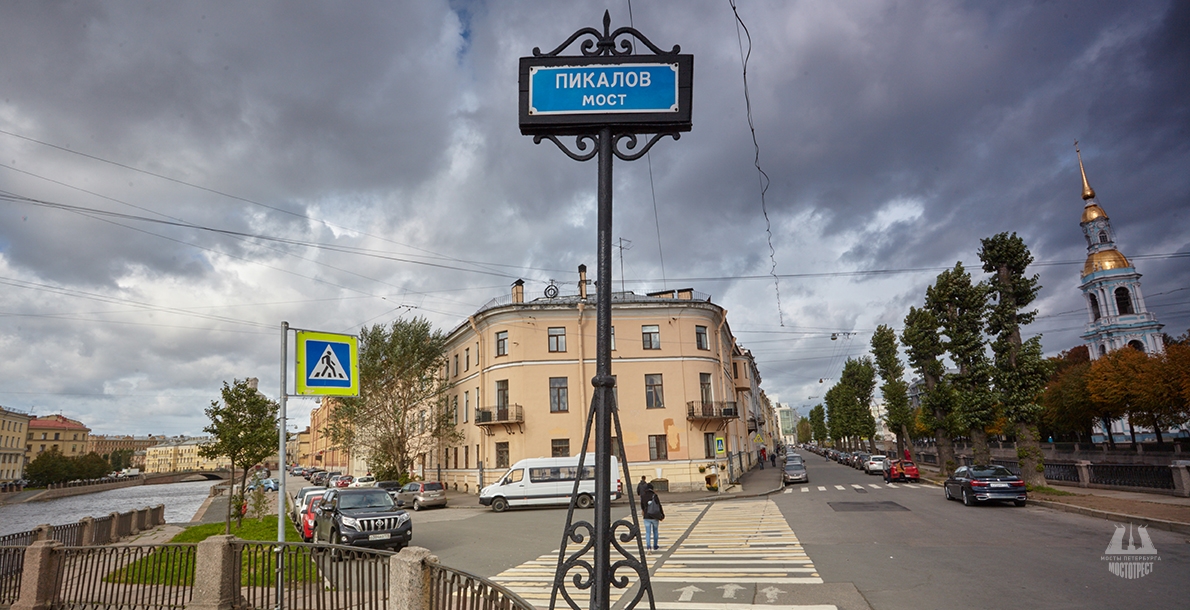 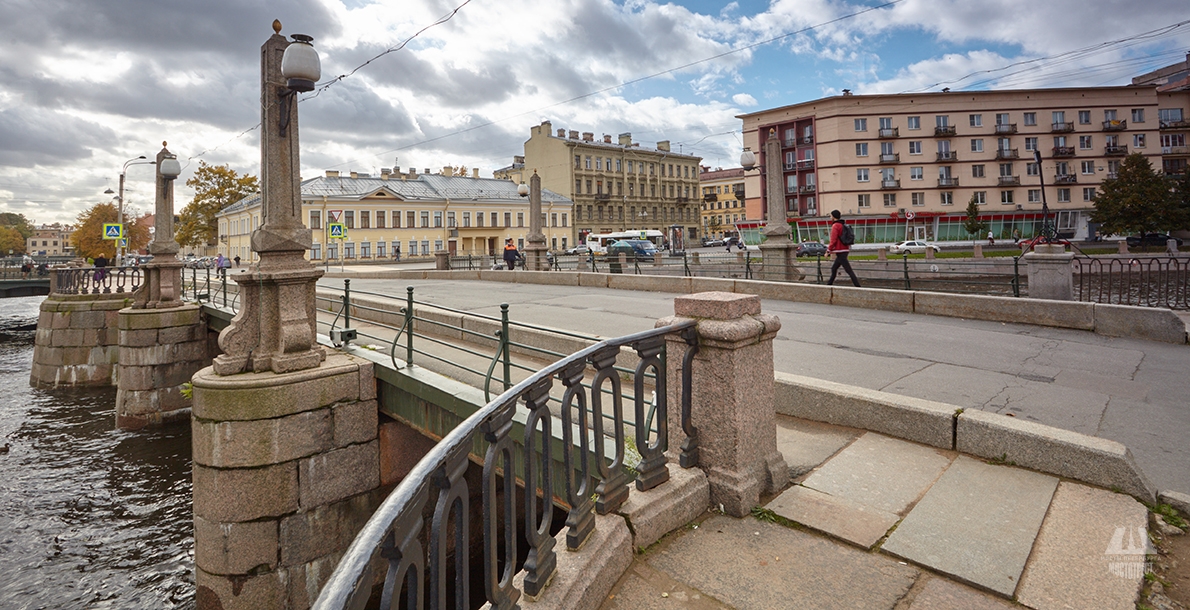 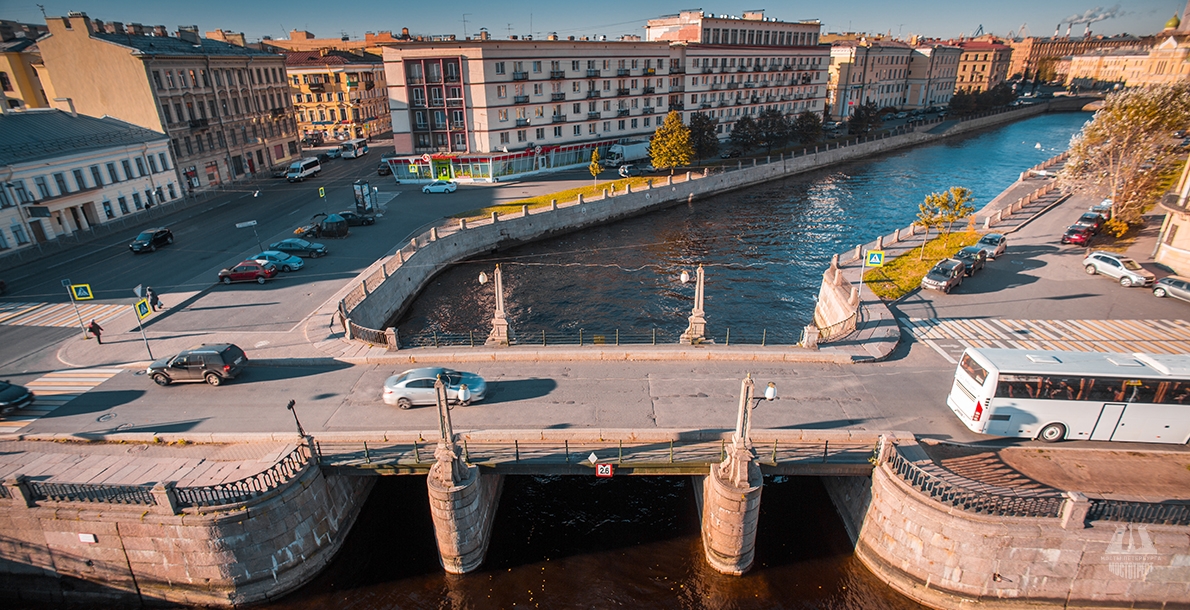 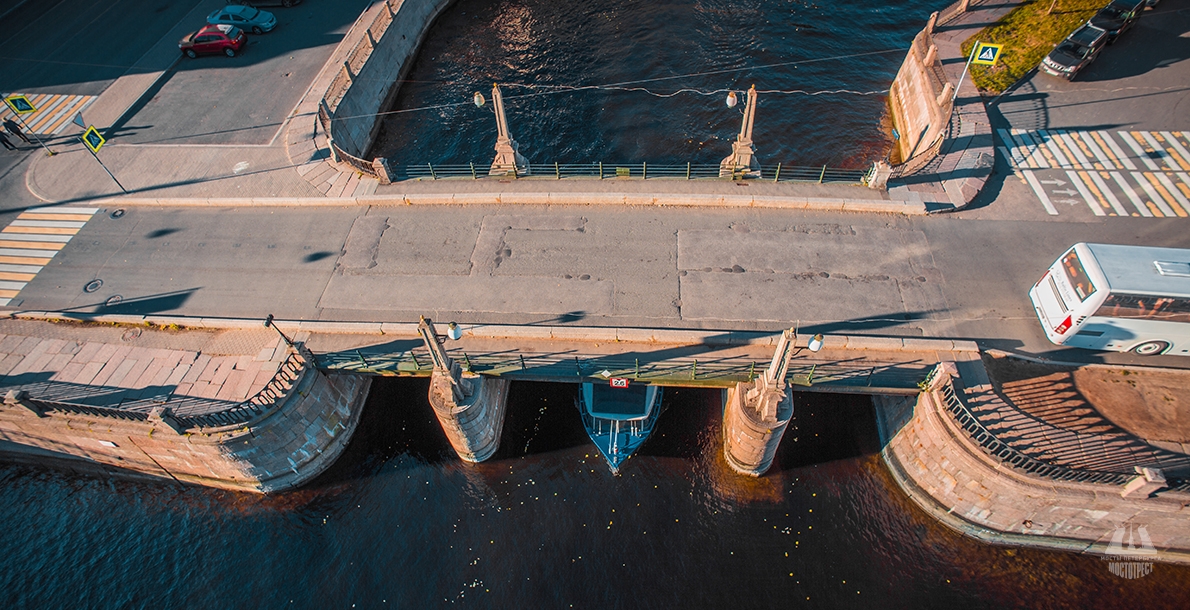 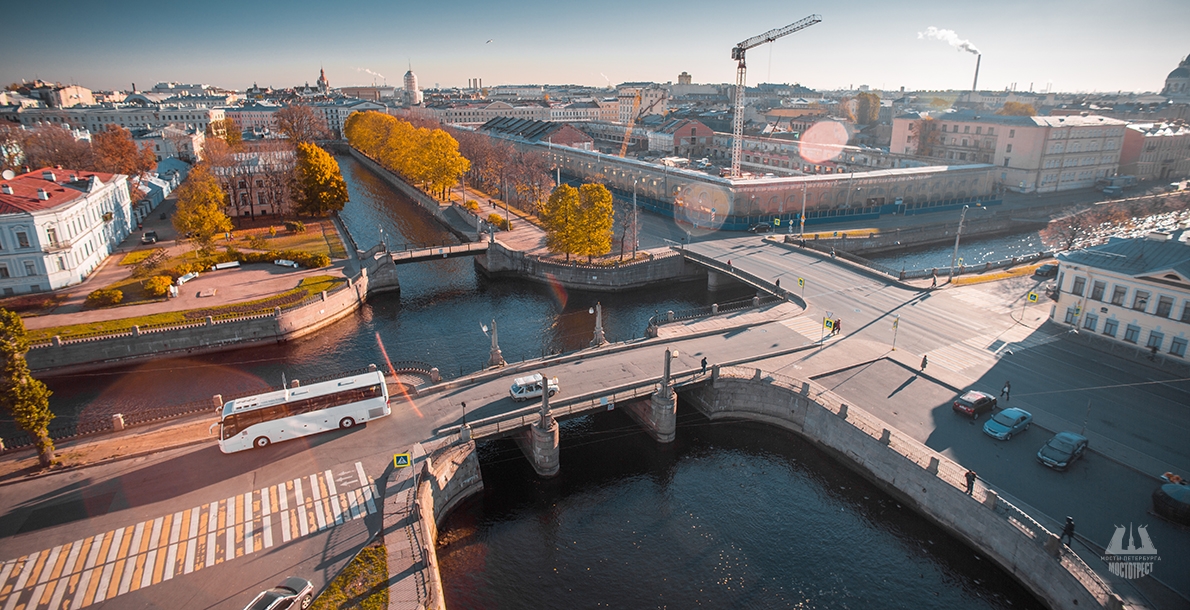 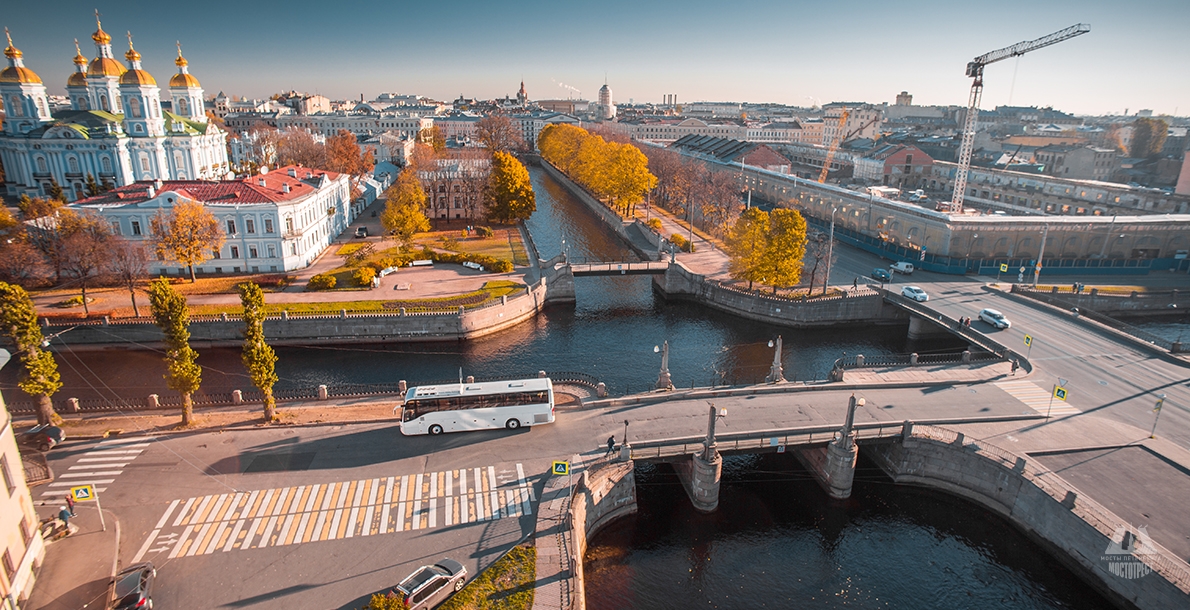 The bridge was built in 1783-1785 and derived its name after the name of its constructor. It was a typical project, under which all crossings of this area of St. Petersburg were built. The bridge was three-span one, on stone abutments with wooden superstructure. There was a lift central span first and later it was replaced with the fixed one. Outside railing on central spans granite obelisks were installed with lanterns on shaped pedestals ended with "cones".

In 1905 wooden beams were replaced with metal riveted ones of a continuous system. There was a wooden roadway pavement. Railing was a lightweight gratings of round iron.

There were stone abutments and intermediate supports on pile foundation faced with granite. The author of the project is unknown.

Pikalov Bridge repeats patterns of bridges built at the same time, such as Alarchin Bridge and Malo-Kalinkin Bridge which at the beginning of the XX century, in connection with the appearance of the city tram, were reconstructed, and Pikalov Bridge has retained its original form.

In 1953, under the project of architect A.L. Rotach, brackets with oval lights of "Washington" type were restored; and in 1969 - gilding of "cones" on the granite obelisks were restored.

In 1982-1984, the bridge was thoroughly repaired. Pile foundation of supports and abutments was reinforced. The abutments and supports were rebuilt with the restoration of the granite facing. The metal three-span fixed structure was replaced with reinforced concrete girder-cutting system. The superstructure facades were covered with metal sheet. Railing, granite obelisks and lanterns were recovered in its original form. There is asphalt-concrete pavement on the bridge. And there are granite slabs and granite parapets on wing abutments and on the sidewalks area.

The sidewalks are separated from the roadway with granite curb.

In 1993 the lights "Vashigton" were restored during the repair work.

Pikalov Bridge is famous for the fact that being on it you can easily see seven other crossings at the same time: Mogilevsky, Krasnogvardeysky, Novo-Nikolsky, Smezhny, Staro-Nikolsky, Kashin and Torgovy (Trade) bridges. To the date, Pikalov Bridge is the only crossing in this part of the city has preserved its historical appearance as a whole from the 1780s.

The bridge is one of the most valuable monuments of the city and is guarded by the Committee on State Control Use and Protection of Historical and Cultural Landmarks. 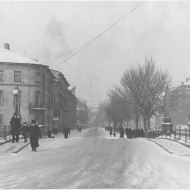 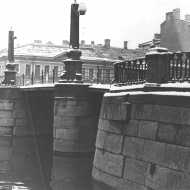 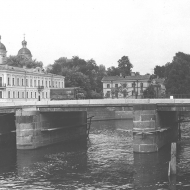 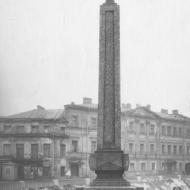