The Bridge on Dachnaya Street 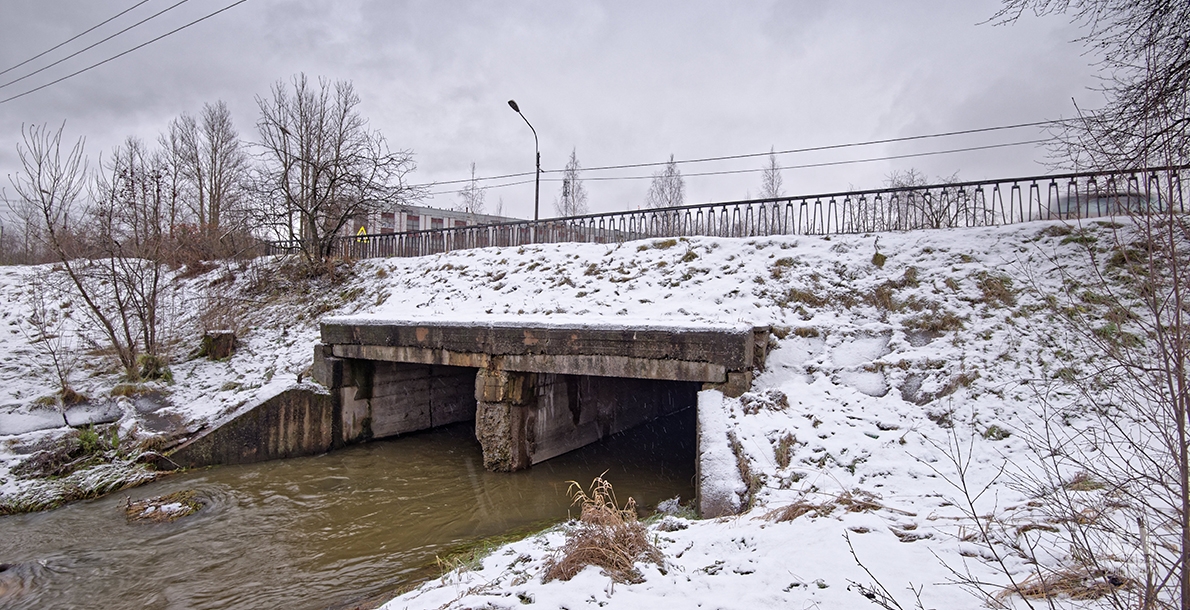 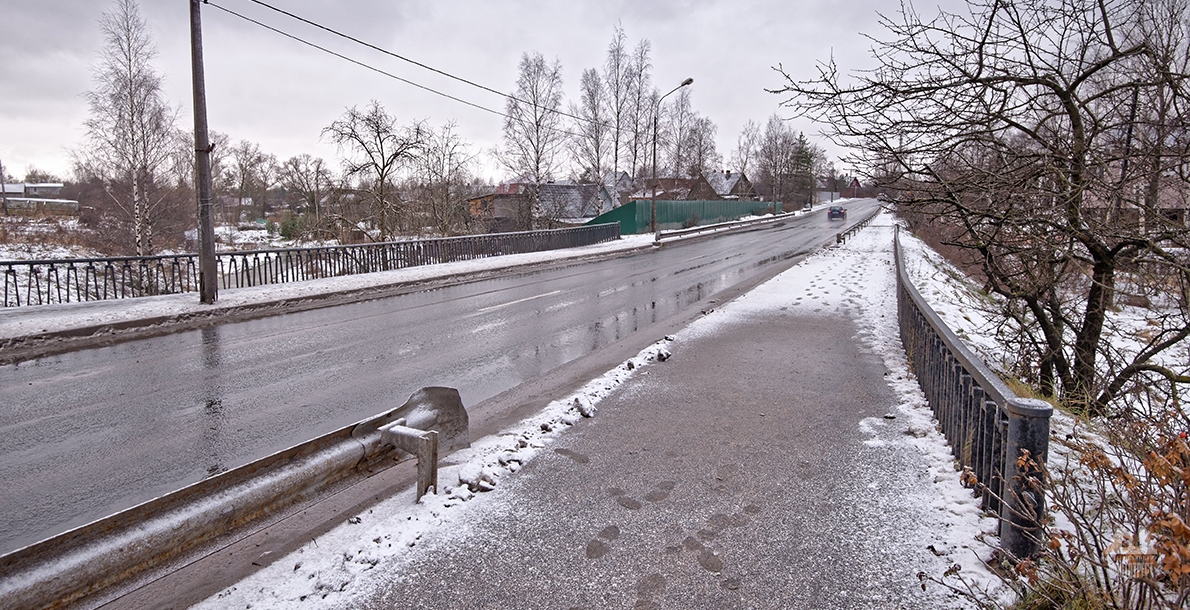 The Bridge on Dachnaya Street in Gorelovo Settlement connects two banks of the Dudergofka River. This is a river in south-west of St. Petersburg and the Leningrad Region; it flows through the territory of Krasnoselsky District through Mozhaisky (Duderhof), Krasnoye Selo, Gorelovo, Staro-Panovo, Ligovo and runs into the Dudergofsky Canal. A small section of the river is located in the territory of Gatchinsky District of Leningrad Region.

The bridge on Dachnaya Street in Gorelovo settlement over the Dudergofka River was been in charge of Krasnoselsky District Council of the settlement for a long time. By decision of the Lengorispolkom, the bridge was put on to Lenmosttrest books due to changes in the city boundaries.

Until 1996 it was a single-span wooden bridge. The superstructure consisted of five I-beams on the upper chords of which timber cross beams and double decking were laid; there were wooden railings and barrier curb.

By efforts of SE RSU-5 the bridge was rebuilt in three-span beam one with reinforced concrete slab spans. The central span is covered by the plate of six meters long; the side spans - 4.9 meters. The waterproofing is made of asphalt coating compound with a protective layer of concrete of 15 mm thick with reinforcing mesh. There is an asphaltic concrete pavement on the bridge.