The Bridge on Aviatsionnaya Street 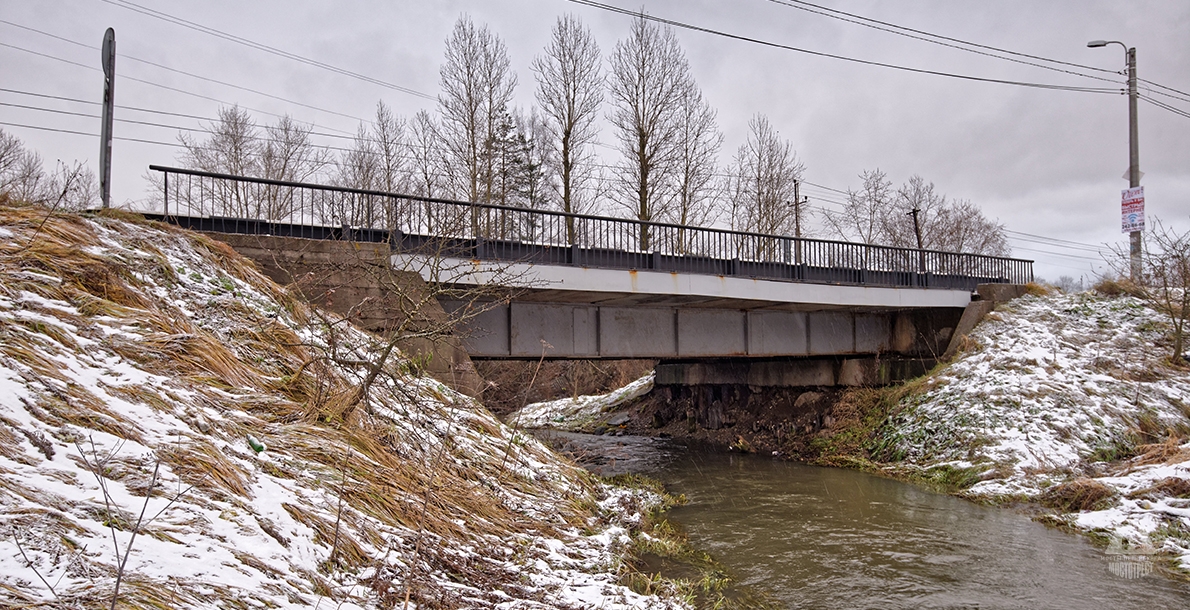 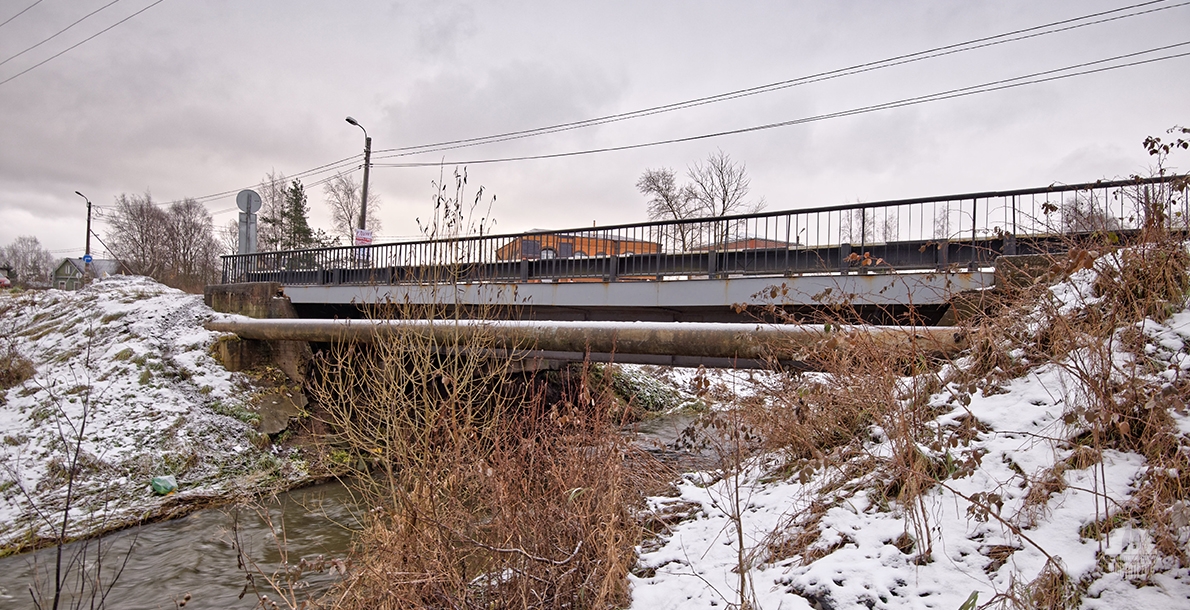 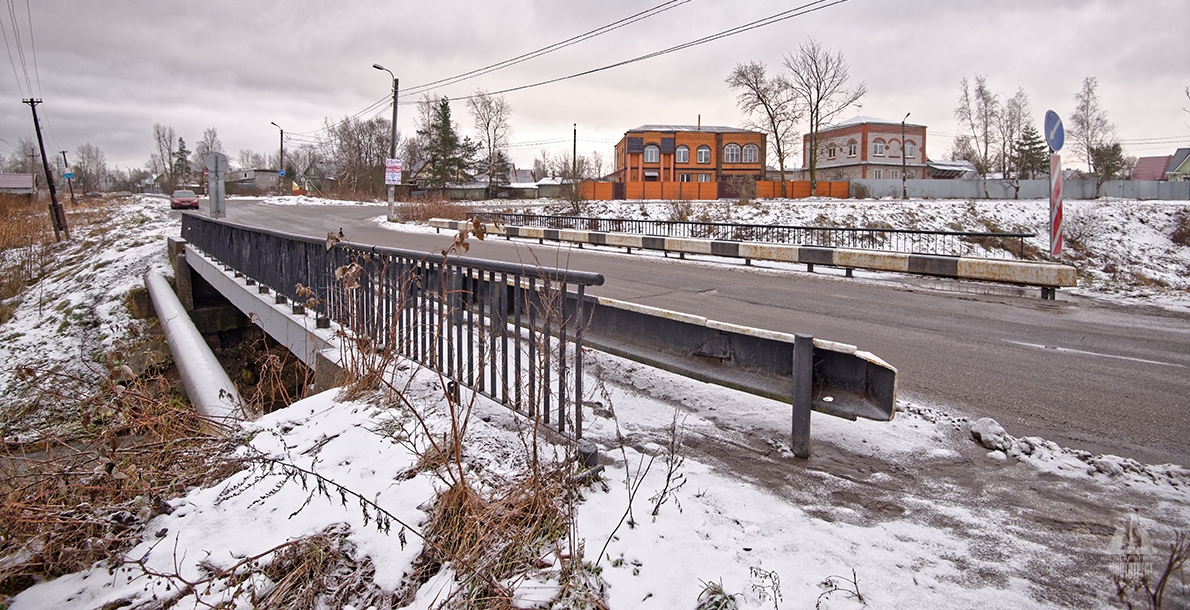 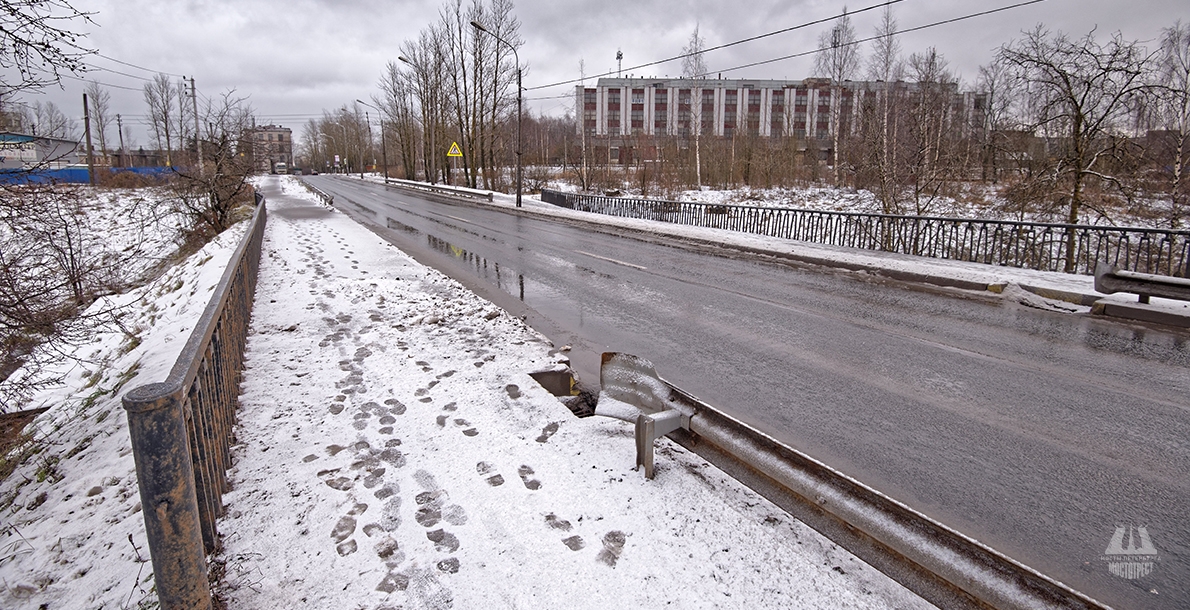 This area is known since the XVIII century. At the time a road connecting the Northern Capital and one of the suburban imperial residences – Gatchina – passed through the territory. Later a railway station and the station building that became an architectural dominant appeared there.

The southern part of St. Petersburg suffered the most during the war so none of the historical sites in Gorelovo has survived. Nevertheless there is something to see. For example, the original appearance of the station building was restored, and today it is one of the attractions in Gorelovo. There are several churches also, both Christian and other religions. Another attraction in Gorelovo – fraternal burial of pilots.

The bridge on Aviatsionnaya Street in Gorelovo settlement over the Dudergofka River was in charge of Krasnoselsky District Council of the settlement for a long time. By decision of the Lengorispolkommost, the bridge was put on to Lenmosttrest books due to changes in the city boundaries.

Initially, it was a single-span wooden simple bridge with metal superstructure. The abutments were installed on wooden piles with wooden upper superstructure.

In 1994, under the project of engineer VP Kurtsov of design organization Rekonstroyunik, a wooden bridge was rebuilt in a single-span metal one.

There is metal beam superstructure on high strength bolts of constant height. The bridge abutments are made of monolithic reinforced concrete on pile foundation. The roadway is covered with asphalt pavement on concrete slabs; sidewalks – with sand asphalt.

There is metal welded railings on the bridge. The sidewalk is separated from the roadway by power metal barrier fencing of sheet piles.