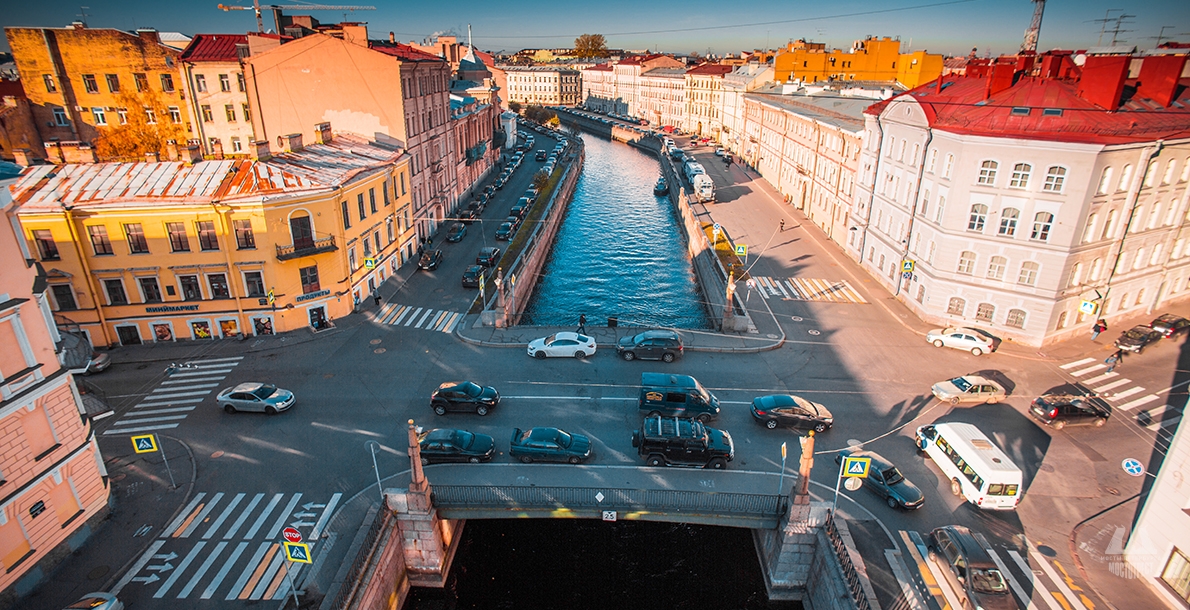 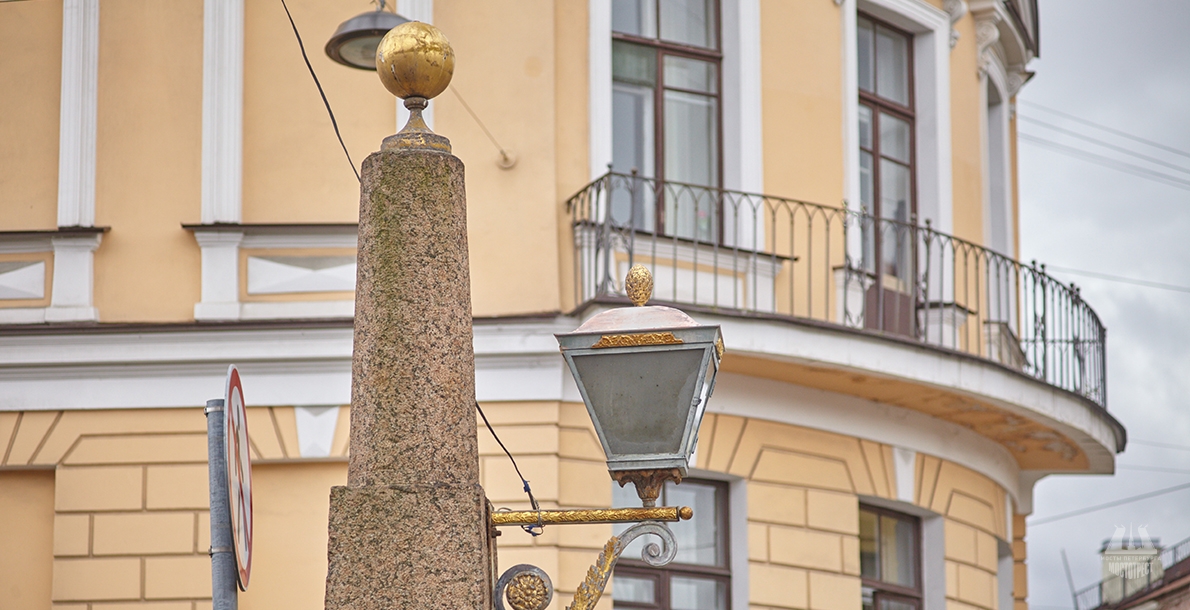 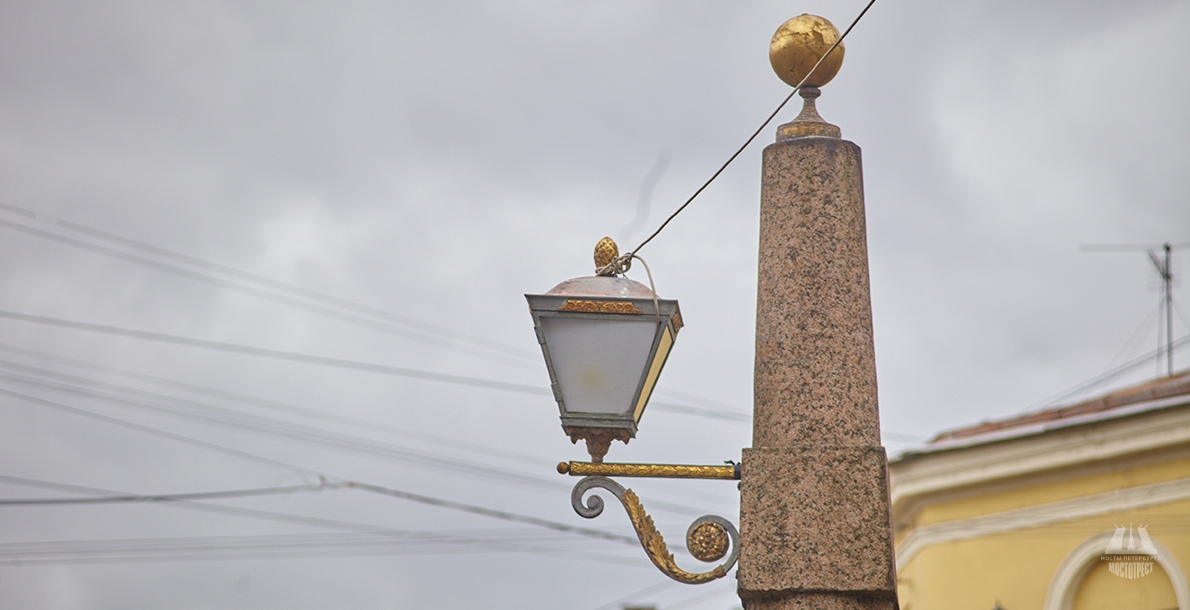 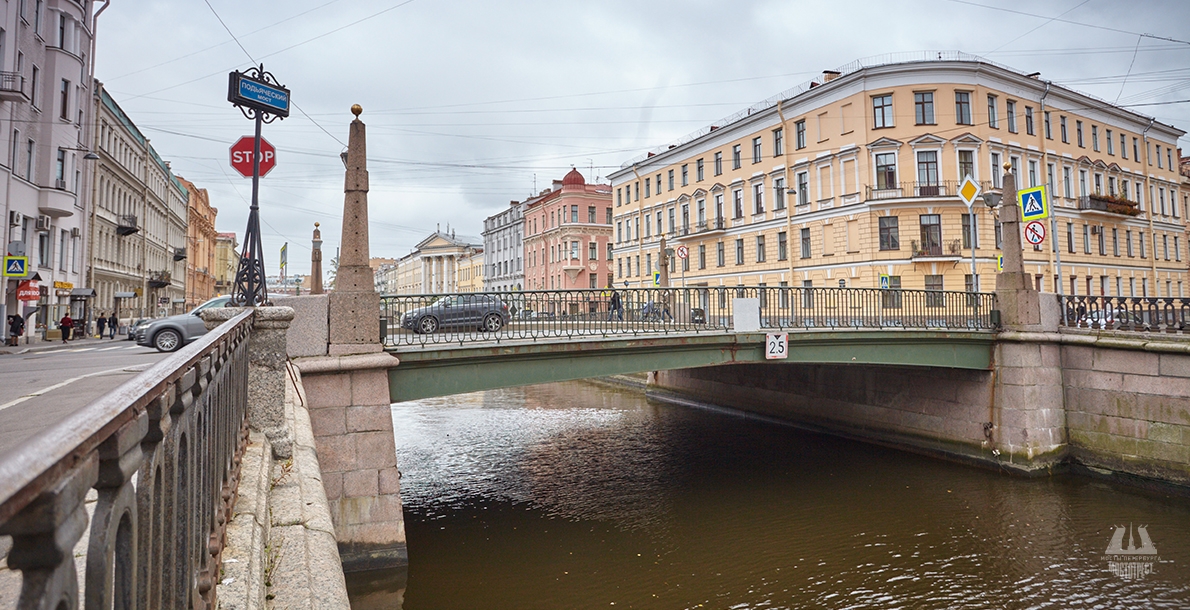 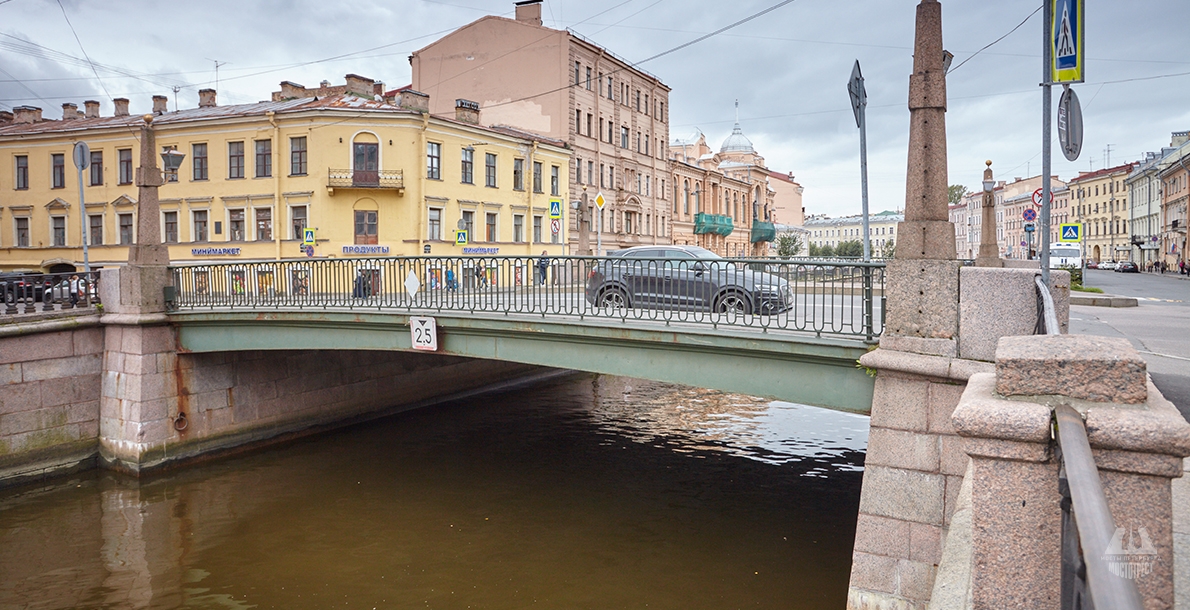 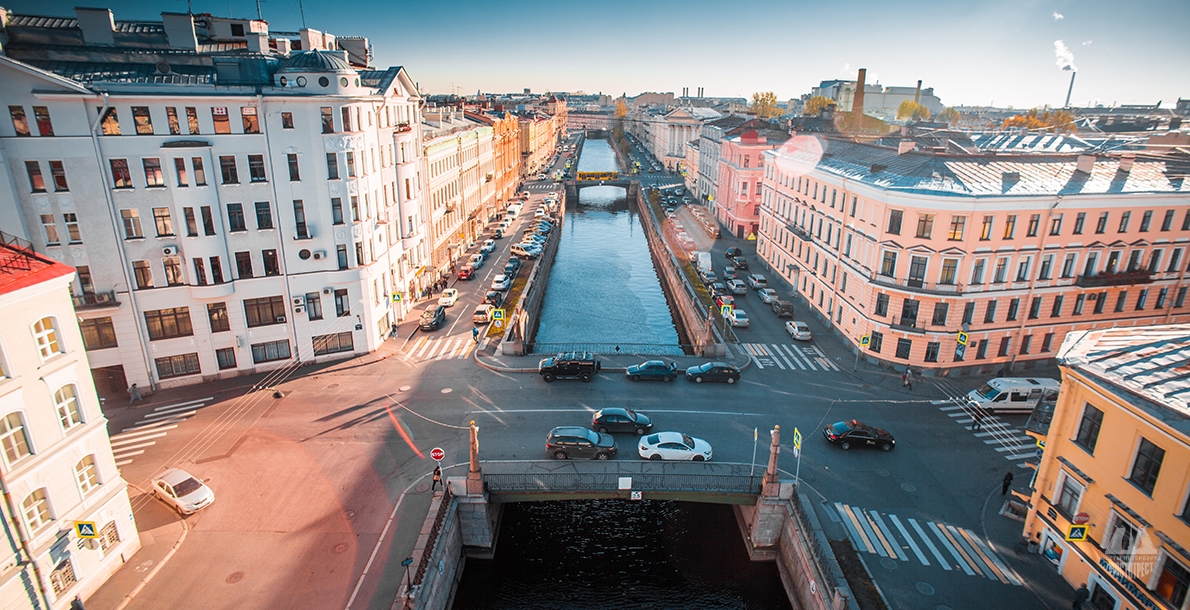 Podyachesky Bridge is located over the Griboyedov Canal, connects Bolshaya Podyacheskaya Street and Fonarny Lane. This road is an alternative to Voznesensky Prospect, which is convenient if you want to get to St. Isaac's Cathedral.

The bridge can easily be mistaken for an old construction that occurs due to the colourful granite obelisks with lanterns as if came out of the XIX century. In fact, the first pedestrian wooden Podyachesky Bridge was built there in 1906. The bridge was a single-span strut-framed wooden construction. The crossing was designed for pedestrians traffic. There were wooden decking and railings on the bridge.

It is not known, but most likely, the bridge was named after the sacristans, assistants of deacons, who settled in the area of St. Petersburg in the XVIII century.

In 1950 the wooden superstructure was replaced by metal I-beams, and wooden railings – by metal railings of a simple pattern. The length of the bridge was 20 meters, width - 2.25 meters.

In 1971-1972, under the project of architect L.N. Sobolev and architect L.N. Noskov, the bridge was rebuilt into a single-span reinforced concrete cantilever frame bridge. The bridge is designed for the traffic of cars and pedestrians. The superstructure consoles are imbedded in the bridge abutments, and in the middle spans are joined by a longitudinally-movable hinge.

The superstructure facades were covered with metal sheet. The bridge abutments are massive reinforced concrete ones on pile foundation and faced with granite.

There is reinforced concrete pavement. The sidewalk is separated from the roadway with granite curb. Railing of a simple pattern is installed on the bridge. There were no bollards.

In 1972 at the entrances to the bridge granite obelisks with lanterns and gilded balls removed from the disassembled Alexandrovsky Bridge over the filled up Vvedensky Canal were placed.

In 1998 during the repair gilding and glasses of lanterns were restored. Obelisks with lanterns are protected by the state.

In general the bridge is very simple and not too attracted as an object of independent walking tour. Another thing is the Bridge of Four Lions, adjacent to it, where every day dozens of buses with tourists arrive. 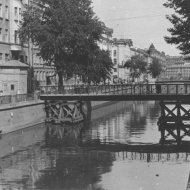 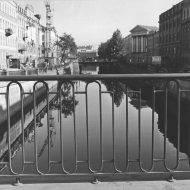