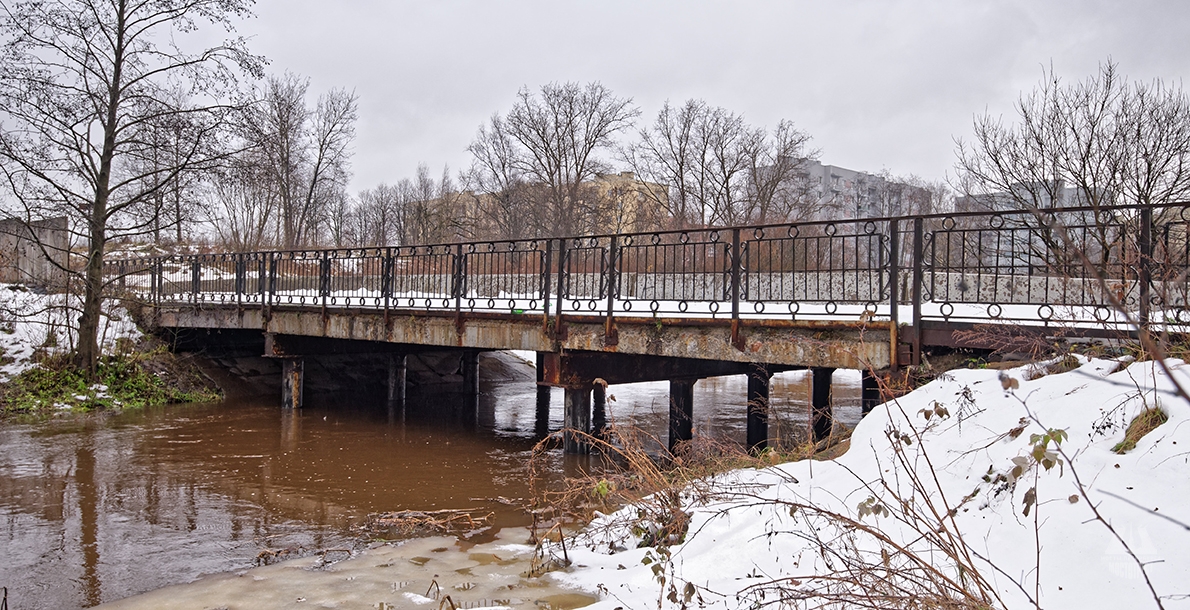 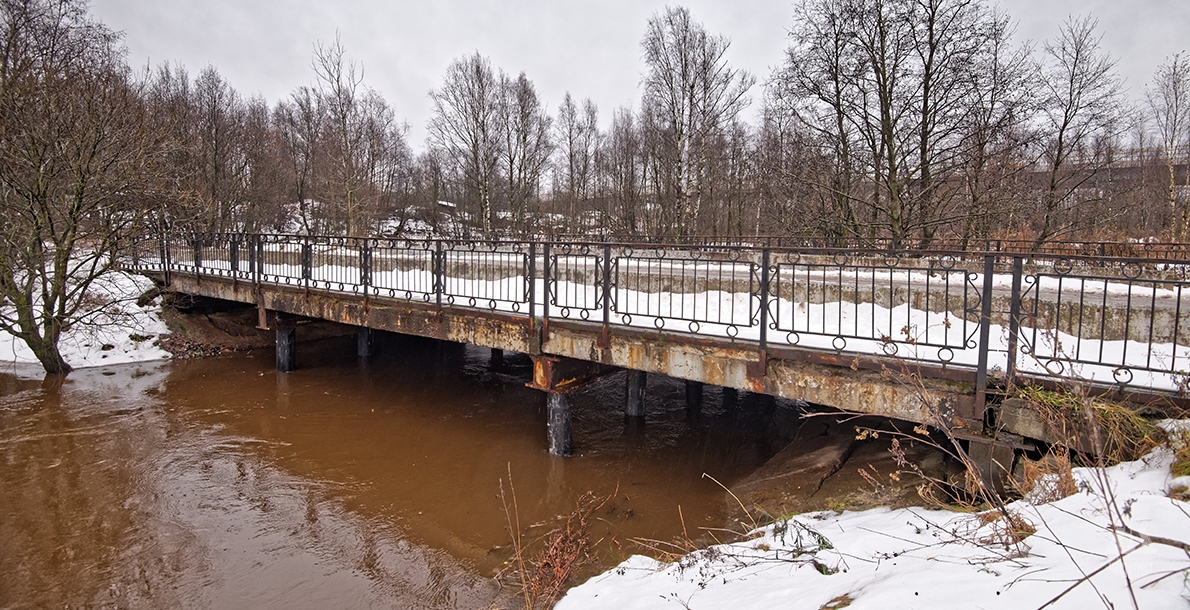 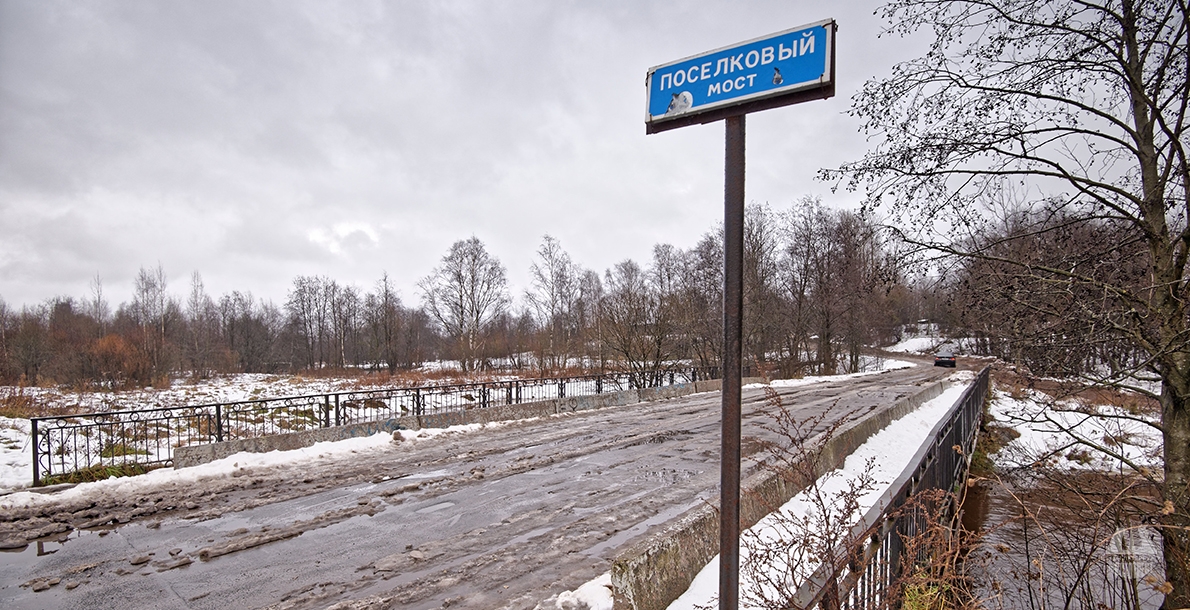 Poselkovy Bridge (former 9th Luppovsky) spans the Lubja River (Luppa) and is located in line with Poselkovaya Street in Krasnogvardeysky District of St. Petersburg to the north of Rzhevka-Piskarevka railway tracks.

Until the 1950s a five-span wooden beam bridge was there. It was outside the city boundaries and was under the jurisdiction of Communal District Department. In 1952 the bridge was put on to Lenmosttrest books and rebuilt in a single-span wooden simple bridge. The timber girders were replaced by metal I-beams. The bridge abutments, superstructure and railings still remained wooden.

The bridge length reduced from 20 meters to 14.9 meters, and its width increased from 7 meters to 7.7 meters. The wooden bridge was repaired several times.

The roadway is covered with asphalt pavement; sidewalks – with sand asphalt.

Low reinforced concrete retaining wall with slope strengthened with monolithic concrete with rustication is placed adjacent to the abutments.

It is noteworthy that metal welded railing of a simple pattern installed on the bridge was earlier removed from Leshtukov Bridge across the Fontanka River during its reconstruction.