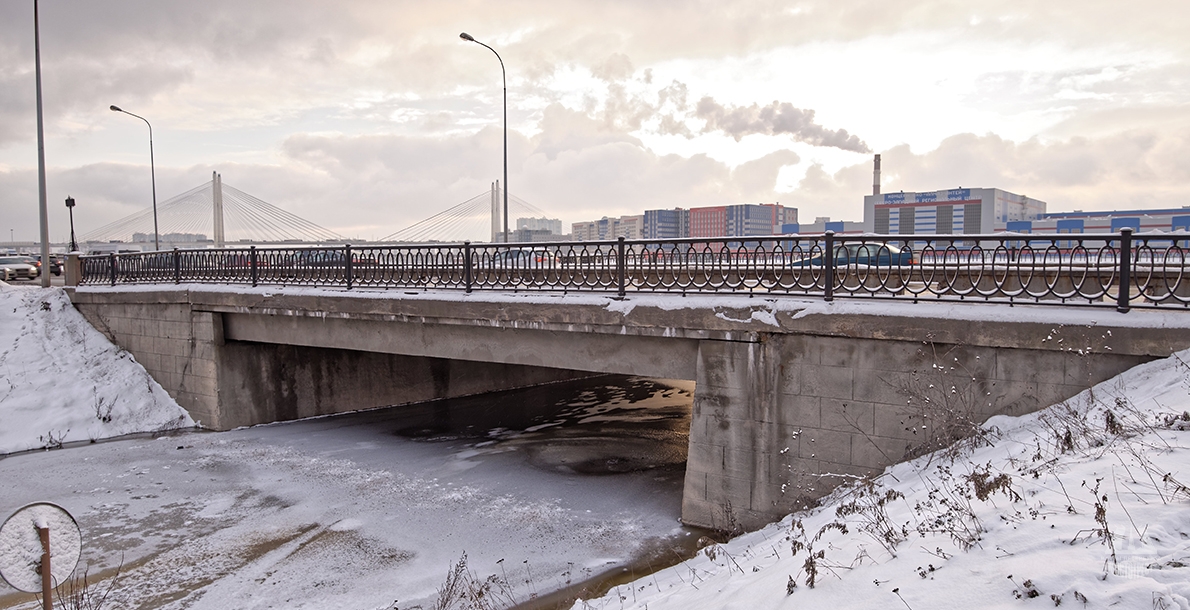 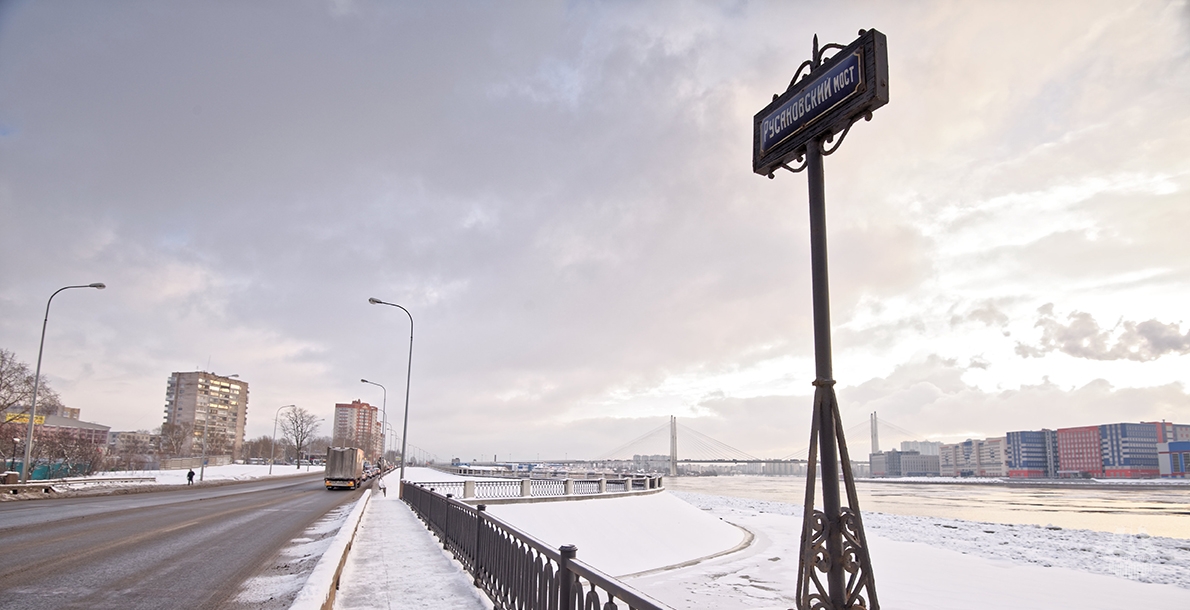 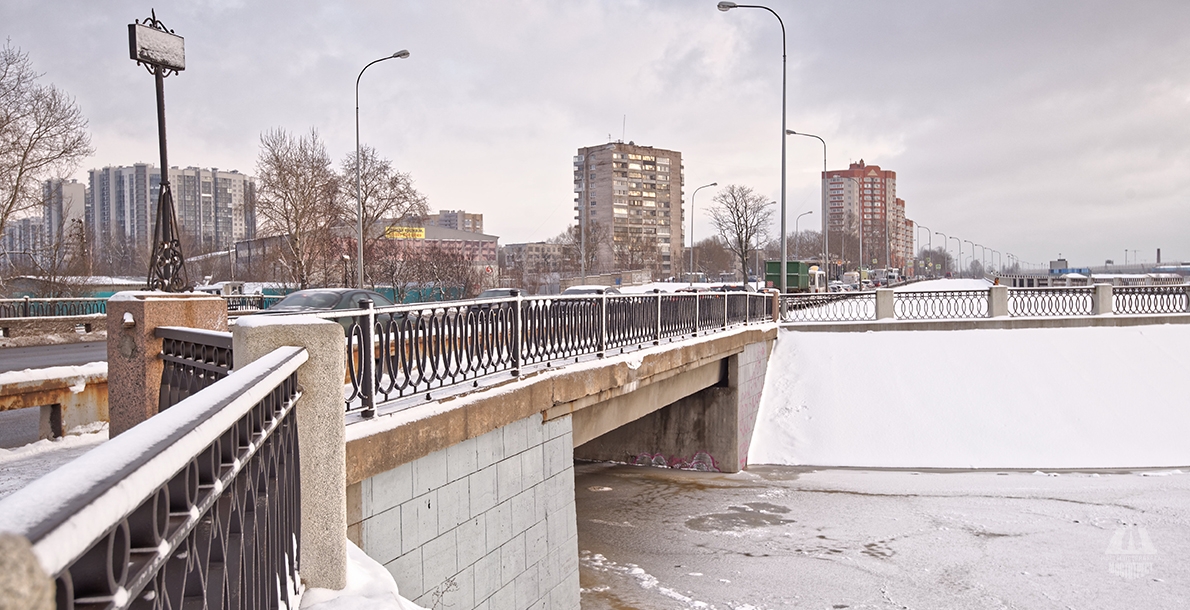 Rusanovsky Bridge in Nevsky District of St. Petersburg was spanned for vehicular and pedestrian traffic across the right tributary of the Neva River in the south-eastern part of the city – the Utka River. This river begins in Vsevolozhsky District of Leningrad Region.

Within Saint Petersburg boundaries only one bridge is formally listed across this river – Rusanovsky Bridge, however, there are also road and pedestrian bridges across the Utka River in the Northern Capital.

Until 1917 there was a five-span wooden beam bridge of 22.3 m long and 6.65 m wide. The bridge was outside the city boundaries.

Composite railing of cast iron sections and metal inserts is installed on the bridge.

The name of the bridge structure appeared in the 1950s and is associated with Rusanovka, the name of the historical district of St. Petersburg currently located in Nevsky District.

Today, Rusanovka is bordered by the Neva River right bank, the Utka River outlet, the Ring Road and Oktyabrskaya Embankment.

The district derived its name from the name of the local landowners, the Rusanovs, who in the late XIX century owned a sawmill located there.