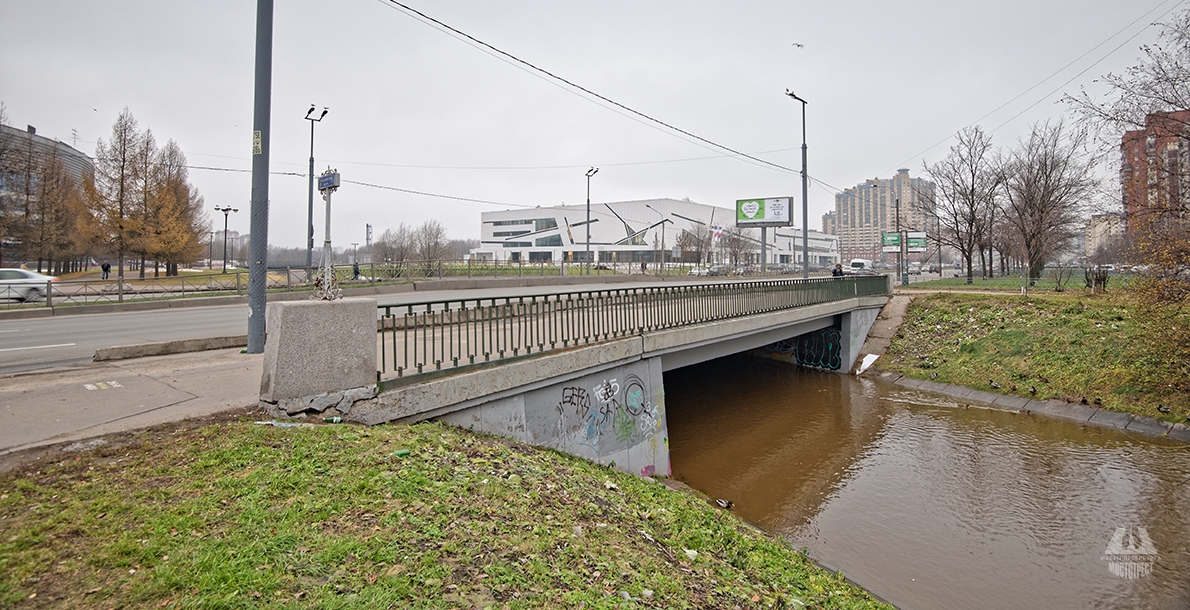 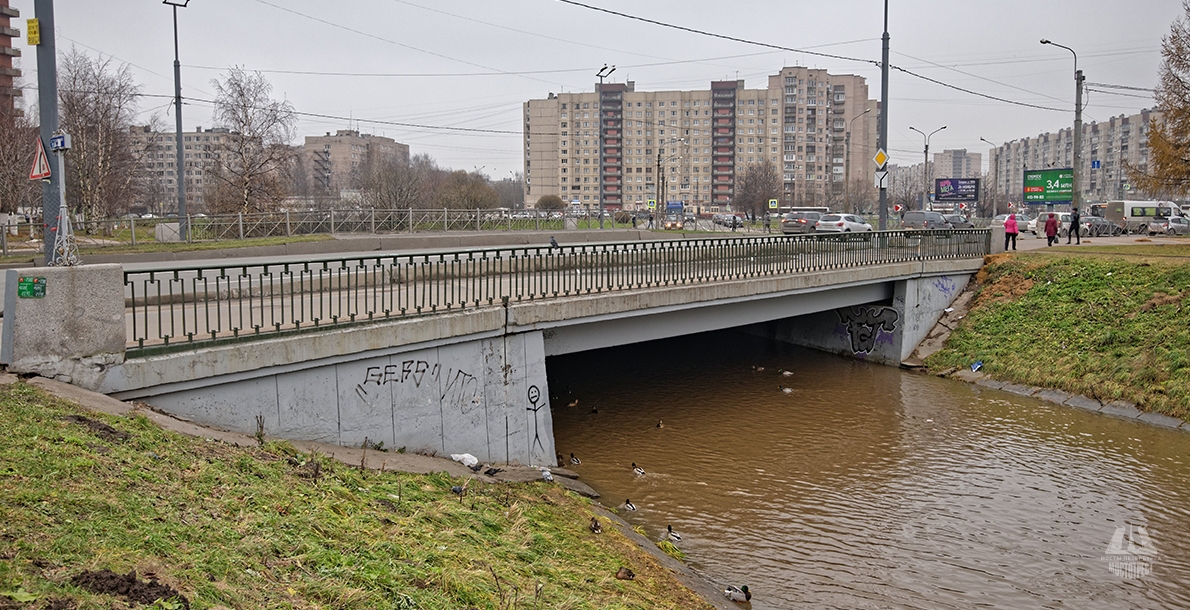 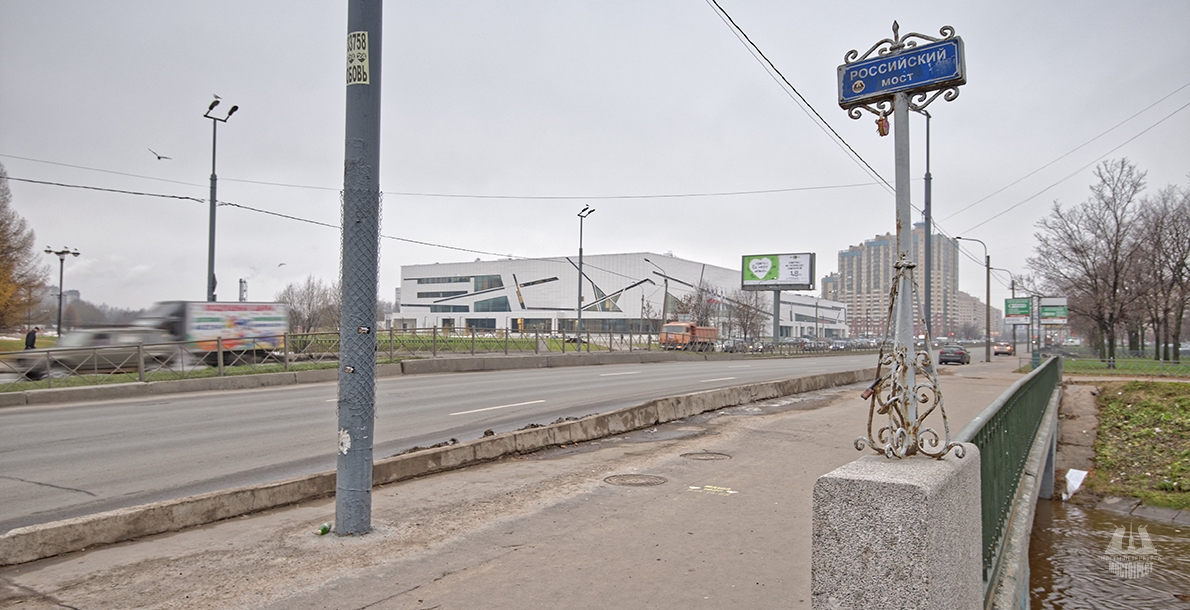 Rossiysky Bridge is a bridge across the Okkervil River in Nevsky District at the intersection with Rossiysky Prospect. It connects Bolshevikov and Rossiysky prospects.

Rossiysky Prospect is a part of the Central circular road which connects Primorskoye and Peterhofskoye highways bypassing the Historic Centre of St. Petersburg. The prospect was named after the Russian Soviet Federative Socialist Republic (RSFSR) in June 1976.

The bridge in the alignment of Rossiysky Prospect was built in 1986 for vehicles passage to the Prospect Bolshevikov underground station  from the area of new buildings located on the right bank of the Neva River. The author of the project – engineer A.I. Rubashov of Lengiproinzhproject.

This is a single-span reinforced concrete simple bridge. It crosses the new bed of the Okkervil River at an angle of 64'30.

The bridge abutments are made of monolithic reinforced concrete on pile foundation.

The abutments surface is designed using vermiculated rustication. Low concrete retaining walls with slopes reinforced with monolithic concrete are placed adjacent to the abutments. The roadway and the sidewalks are covered with asphalt concrete.

Due to the fact that the bridge is located near the "Ice Palace" built for the World Cup of Hockey in 2000, the load increases on it during hockey games. About 12 thousand hockey fans on the average come here at the time of each game. After the games a lot of cars fairly quickly leave the area near the arena, and largely due to the fact that it is possible to drive across the Rossiysky Bridge directly to the north.