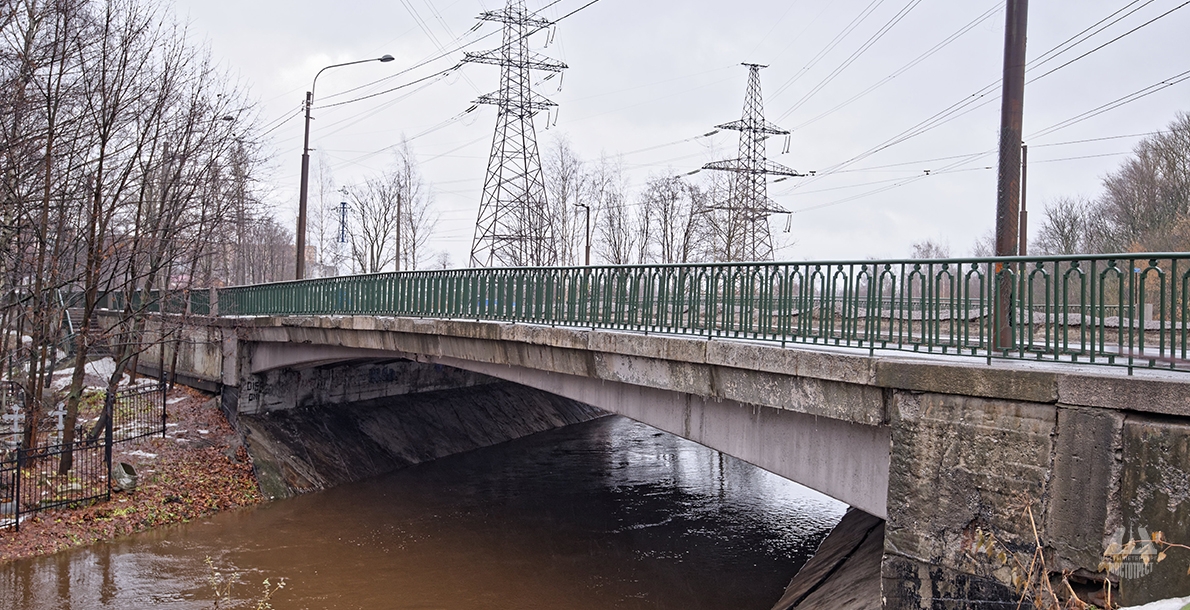 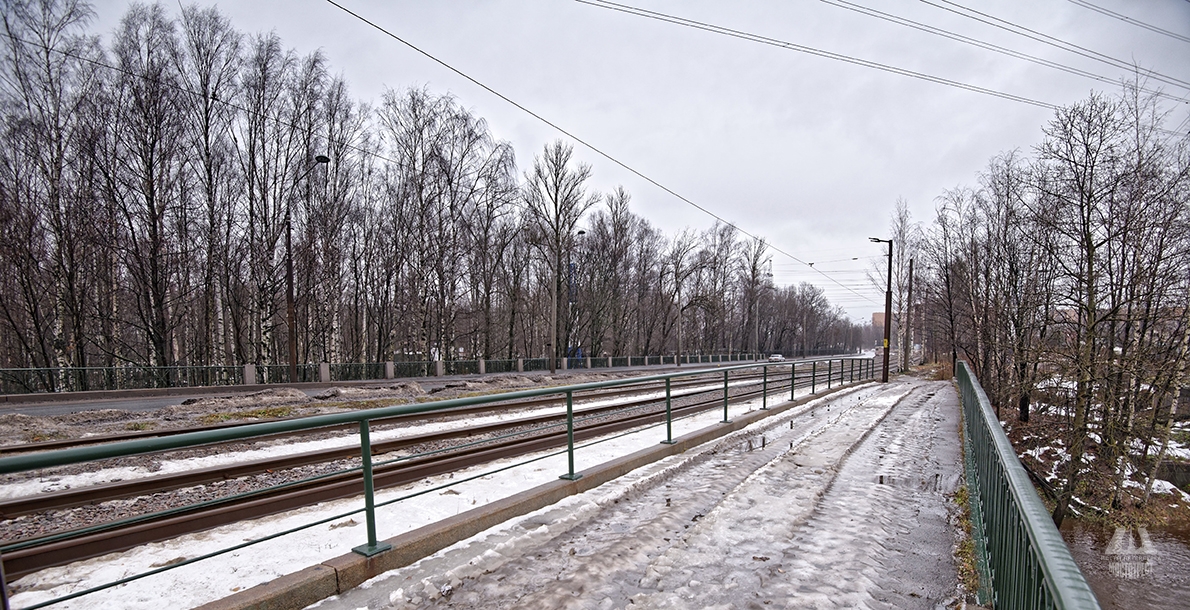 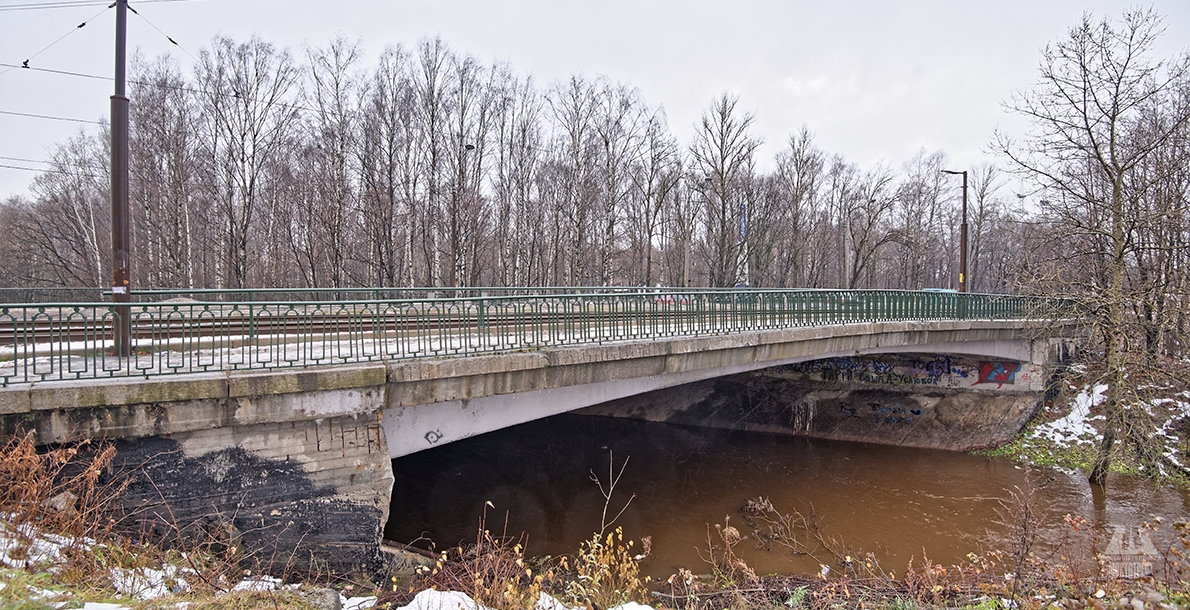 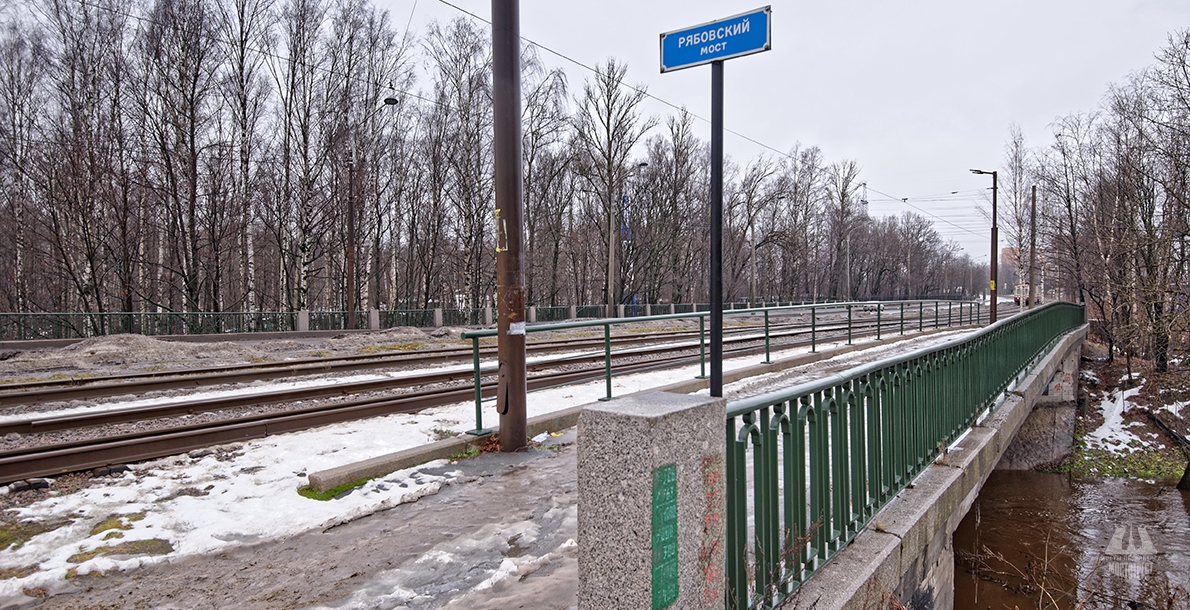 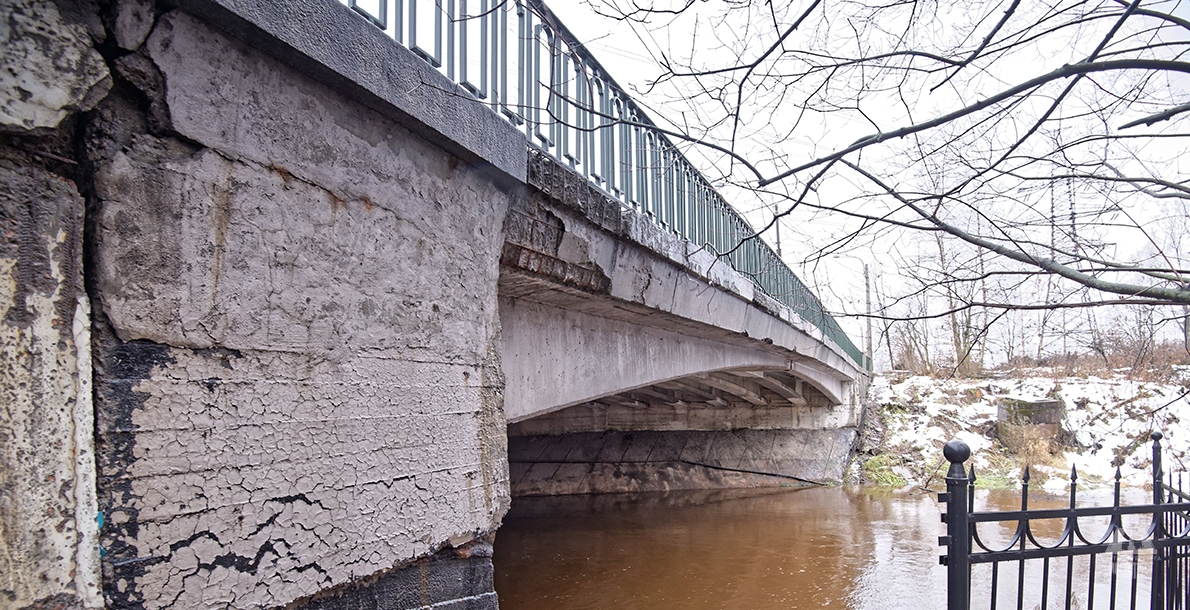 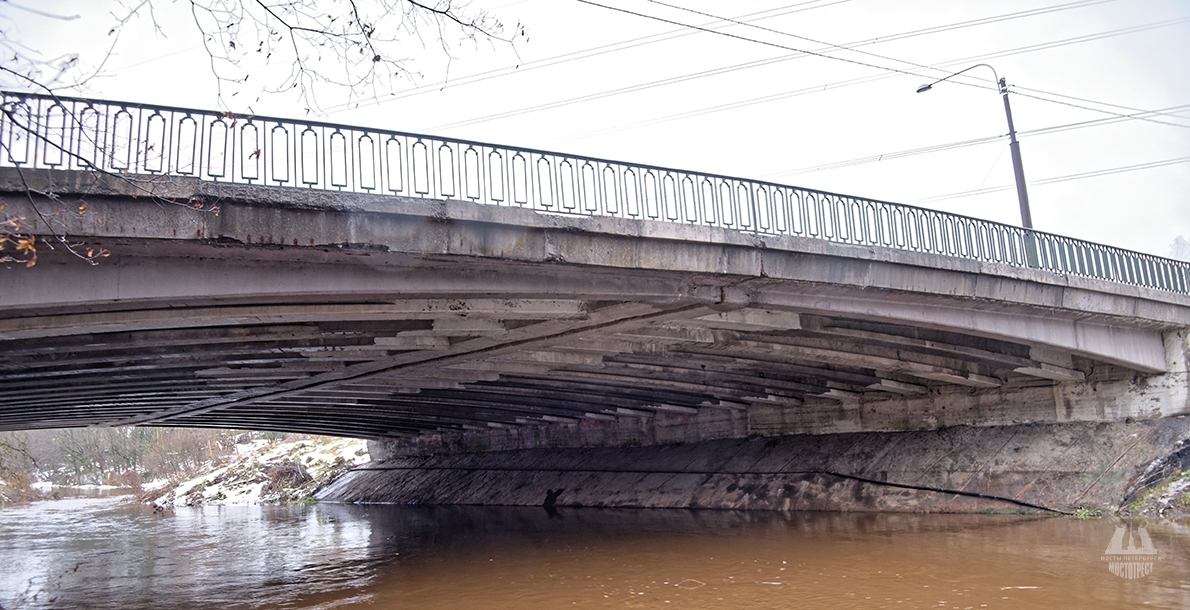 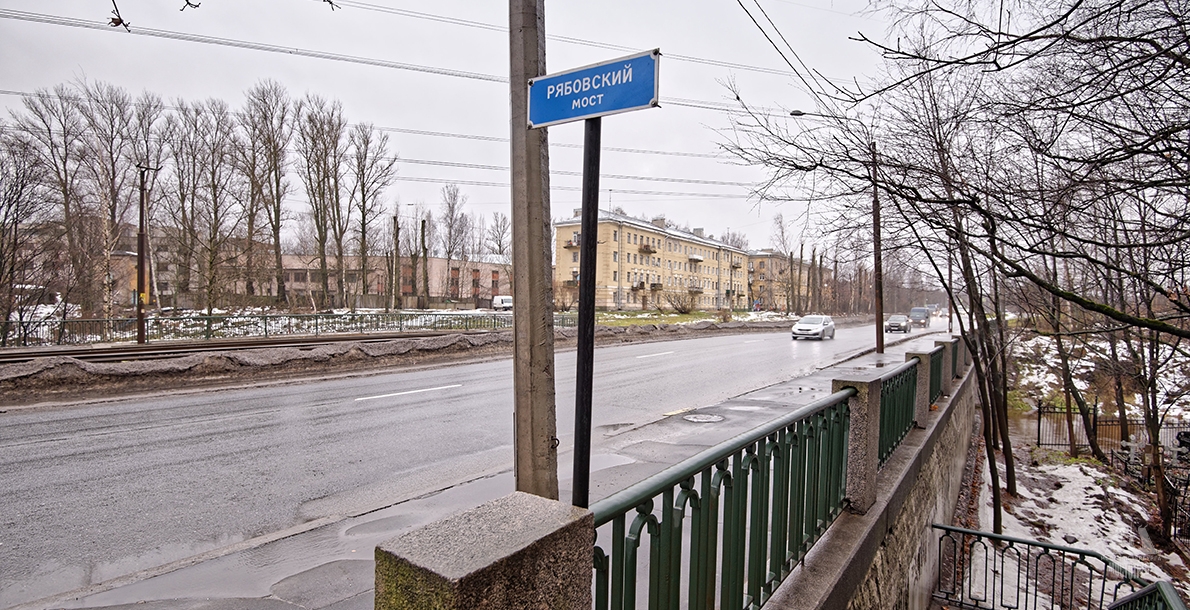 Ryabovsky (former the 6th Luppovsky) Bridge is located in line with Ryabovskoye Highway. The bridge spans the Lubja River (Luppa).

Initially, a wooden three-span bridge was built there for vehicle and pedestrian traffic.

Prior to the October Revolution the bridge was outside the city boundaries. During the Leningrad blockade the bridge was an important part of the Road of Life. The wooden bridge was repaired several times.

In 1948 the bridge was rebuilt while preserving the original structure of the span structure. The wooden beams were replaced for metal ones, the length and width of the crossing increased also.

In 1976-1980 the wooden bridge was rebuilt into a single-span reinforced concrete cantilever frame bridge with a hinge in the middle of the span, under the project of engineer A.D.Gutzeit of Lengiproinzhproject. This is a slope bridge - the slope angle is 55 degrees. The superstructure consists of precast reinforced concrete I-beams with the curved outline of the lower chord.

The roadway is covered with asphalt concrete pavement; sidewalks – with sand asphalt.

The sidewalk is separated from the roadway with granite curb.

The bridge has metal welded railings of a simple pattern. The bridge was designed for the traffic of trams, cars and pedestrians. Today, tram lines are removed, and the pedestrian traffic is also closed.

The bridge got its modern name after Ryabovskoye Highway in 1997.

In 2007-2008 Ryabovskoye Highway was expanded for vehicles convenience; as a consequence, the bridge was also broadened: now it has 2 traffic lanes in each direction.