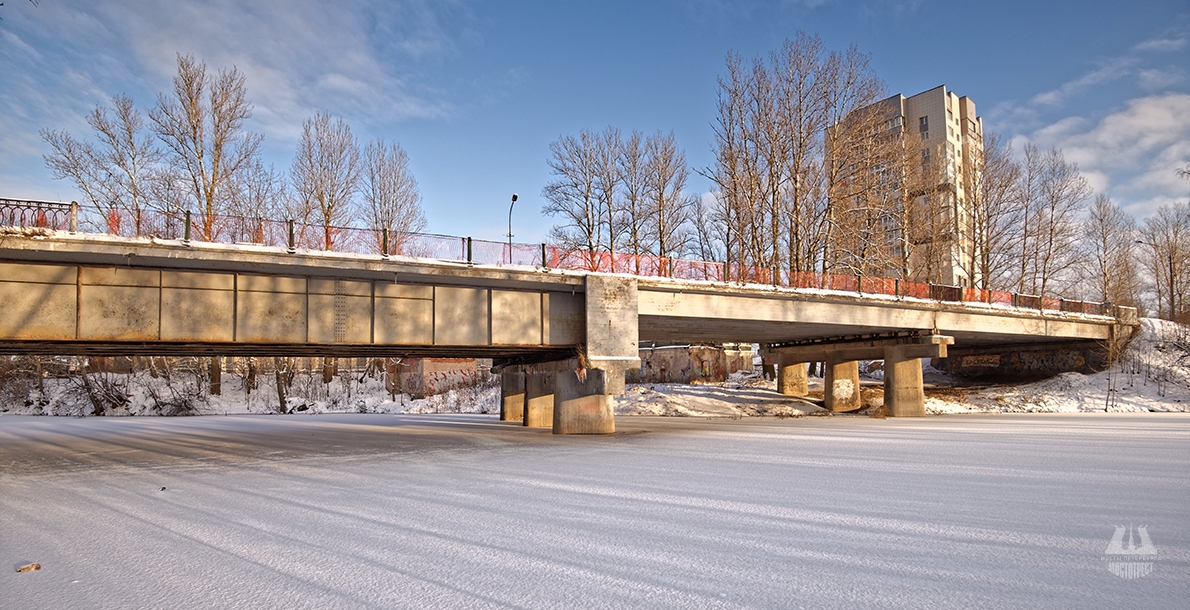 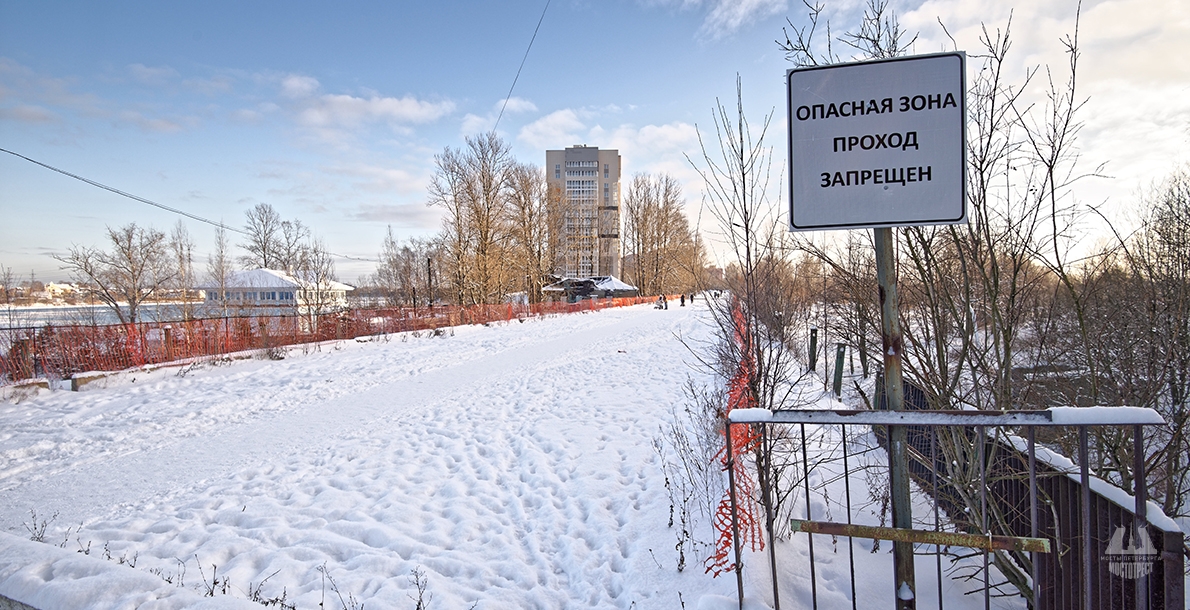 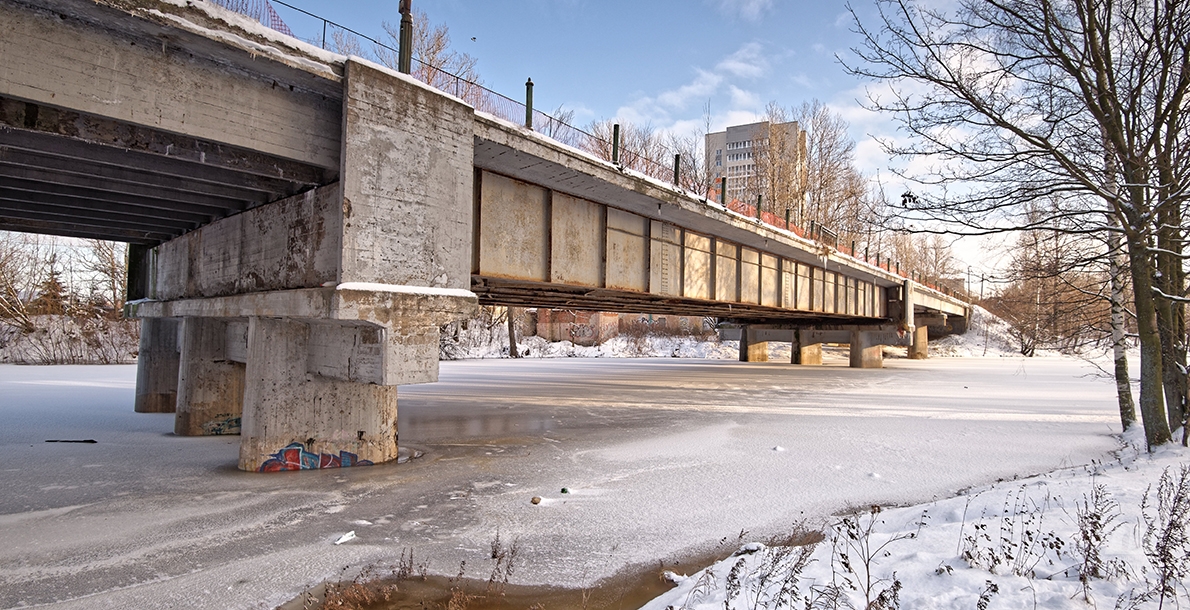 Rybatsky Bridge connects the banks of the Slavyanka River in Nevsky District of St. Petersburg. It is located on the left Neva bank in line of Obukhovskoy Oborony Prospect and Rybatsky Prospect. The bridge took its name from the name of the historical district –Rybatskoye.

Rybatskaya (fishing) settlement appeared on the St. Petersburg maps in 1715-1716: by order of Peter the Great fishers’ families were settled there to provide the city with enough fish. And Rybatskoye village was included in the city boundaries only in 1963.

Initially, a wooden bridge was erected there which was rebuilt in a five-span reinforced concrete simple bridge, under the project of engineer N.K.Penionzhkevich of Lengiprodortrans in 1956-1957. The central span is covered with metal superstructure with longitudinal and transverse crosslinks. The end spans are covered with reinforced concrete T-bars joined by monolithic joints along the slab.

The bridge abutments are massive ones, made of monolithic reinforced concrete on pile foundation. The roadway is covered with asphalt concrete pavement; sidewalks – with sand asphalt. The sidewalk is separated from the roadway by a high reinforced concrete curb. Cast iron gratings with cast iron bollards are installed on the bridge.

Until 1957 the bridge was outside the city boundaries, and then, it was put to Lenmosttrest books, according to Lengorispolkom decision.

By 2007 the bridge has exceeded its life cycle. That year it was decided to repair the bridge span to expand the roadway to four lanes for vehicles with two pedestrian sidewalks.

Currently, Rybatsky Bridge is still closed for vehicular traffic. The bridge is opened for pedestrians.