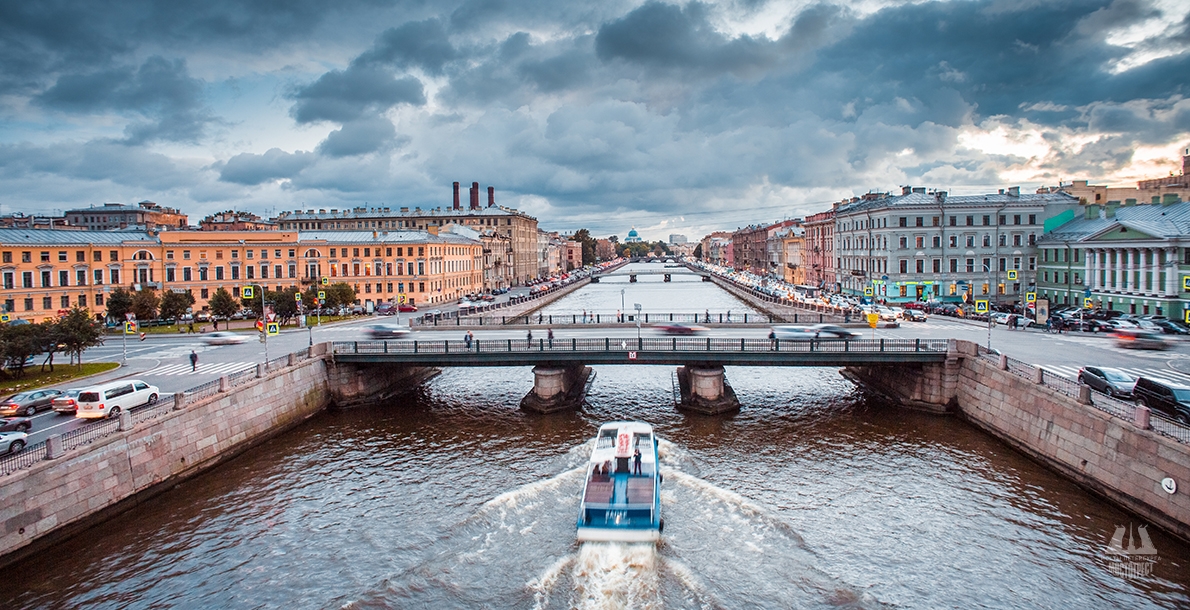 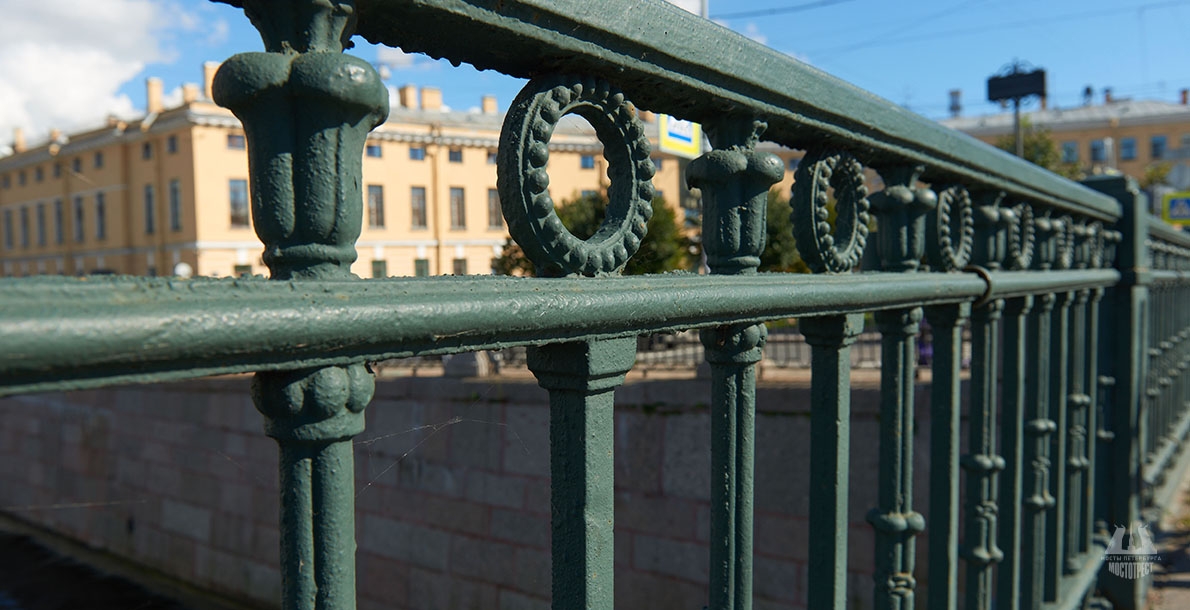 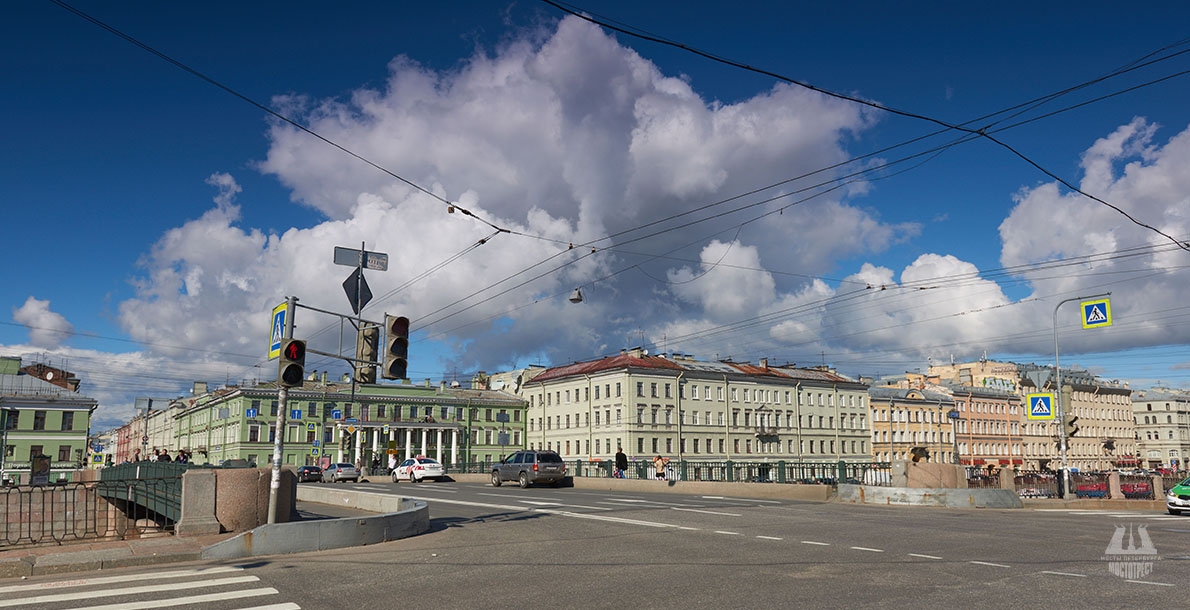 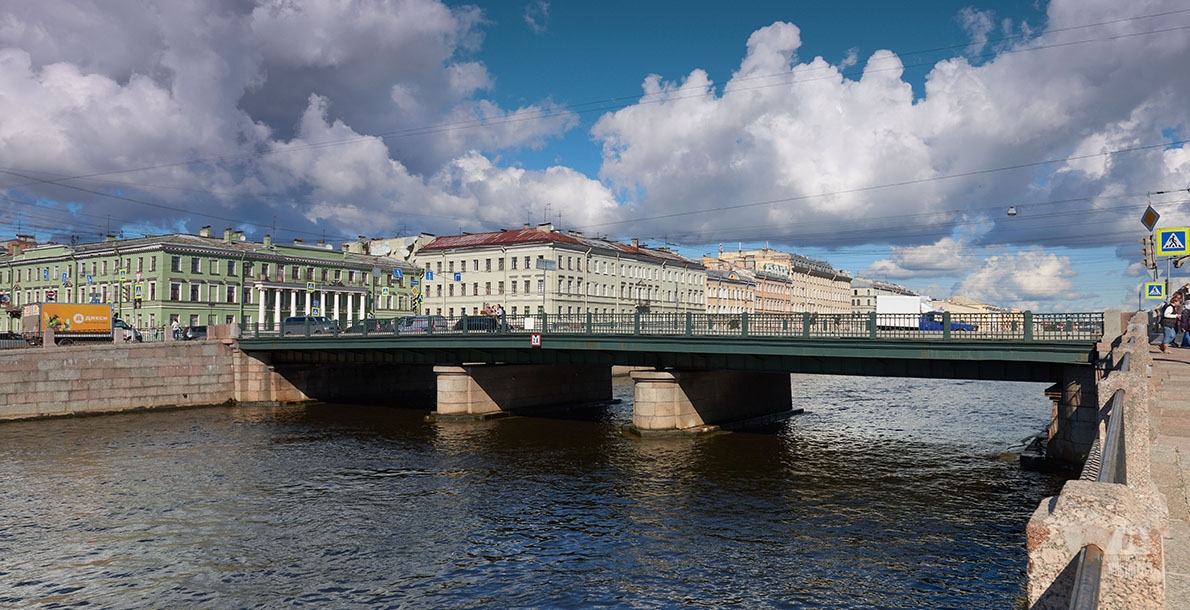 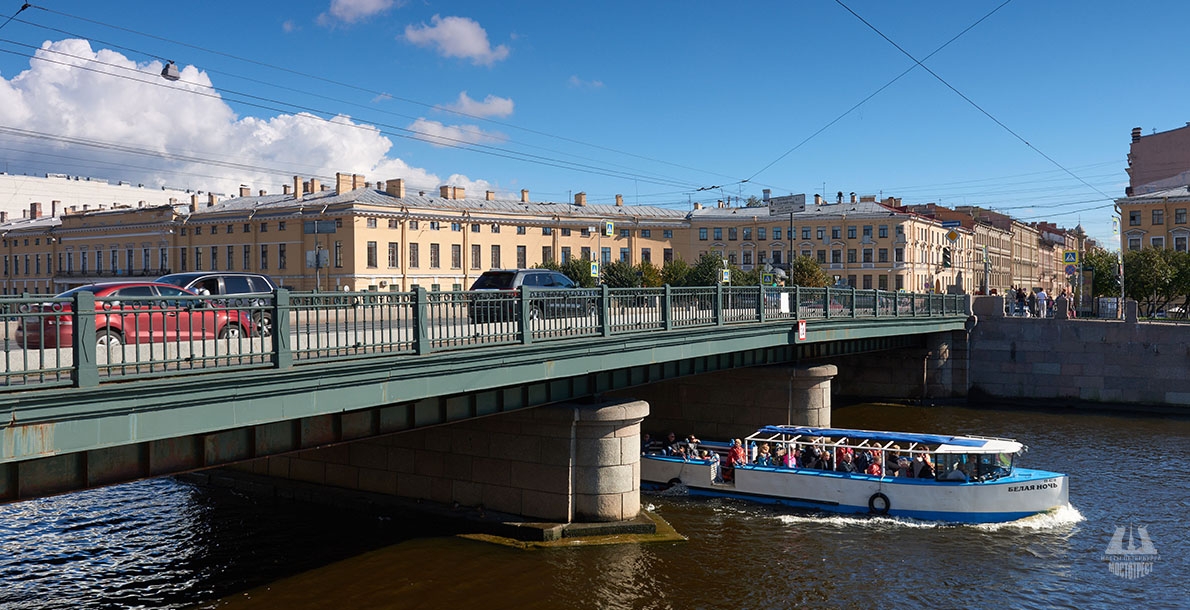 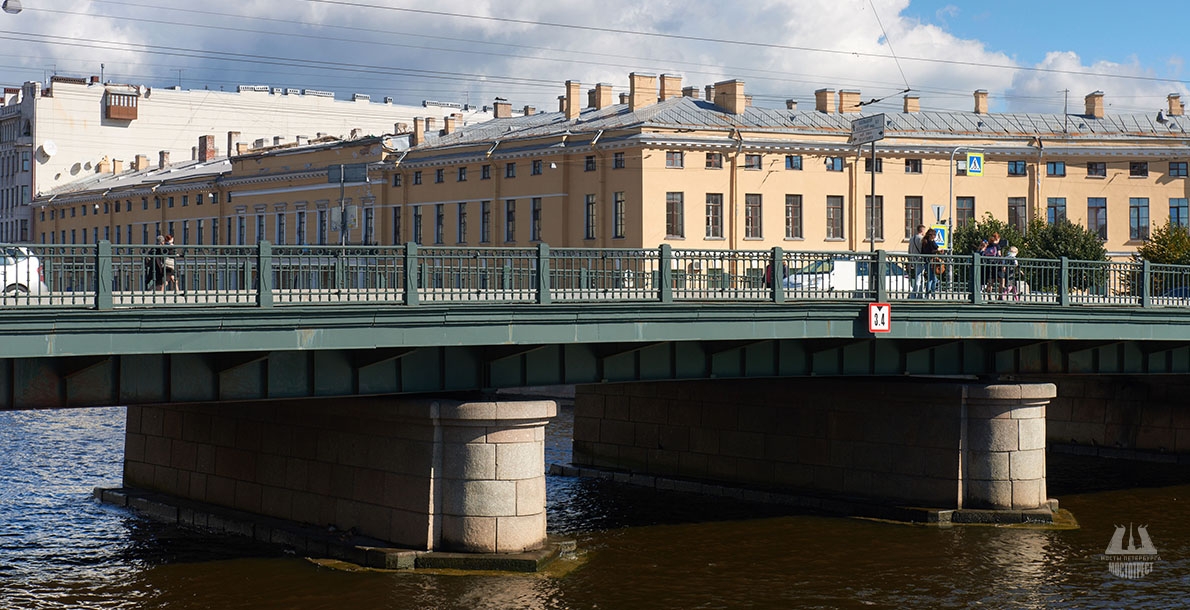 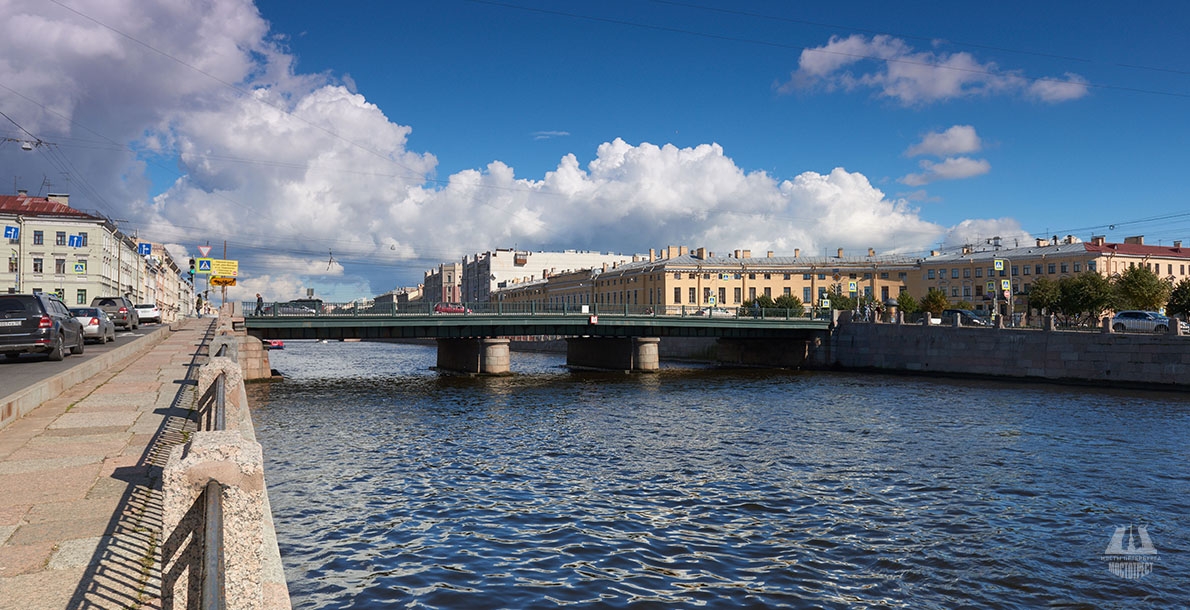 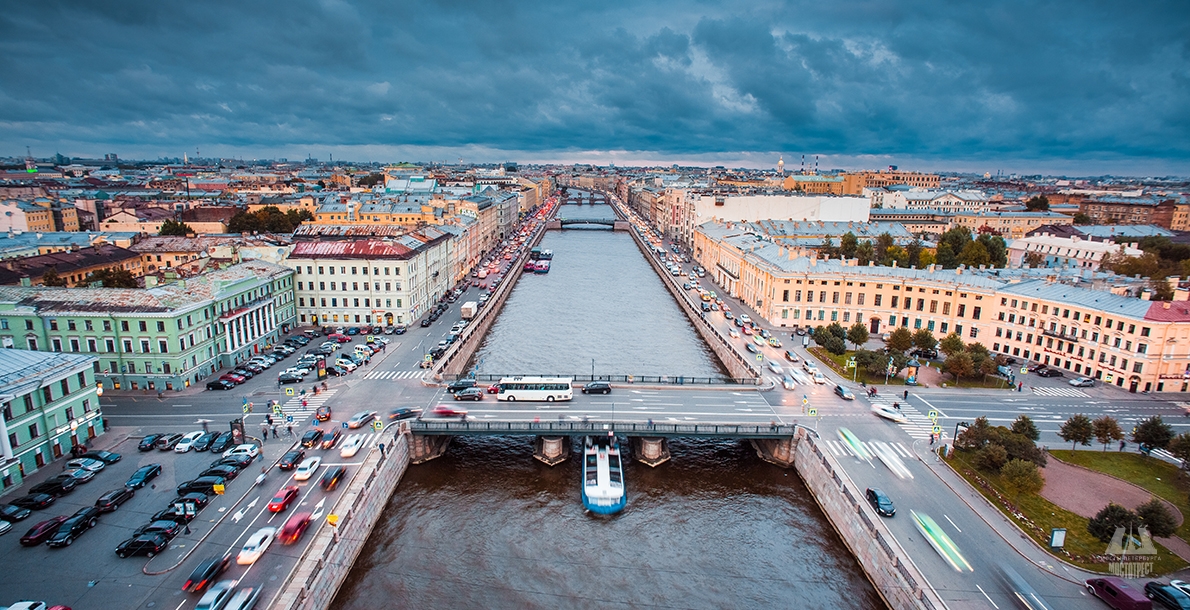 Semenovsky Bridge over the Fontanka River is located in line with Gorokhovaya Street. The name of Semenovsky Bridge originated from the once located at the place barracks of the Life Guards of the Semenov regiment. A semicircular area nearby bears the same name (Semenovskaya Square).

In 1738 a wooden bridge was built there. And with the construction of the granite embankments in the years 1785-1788 it was rebuilt in three-span bridge with stone shore arches and a central draw span with towers on intermediate supports – by the type of stone tower bridges over the Fontanka River (Lomonosov, Anichkov , Simeonovsky - current Belinsky, Obukhovsky, Izmailovvsky and Staro-Kalinkin bridges). In our time, only two of these bridges have survived: Lomonosov Bridge and Staro-Kalinkin Bridge.

In 1856-1857 the bridge was reconstructed due to disrepair in the masonry piers and arches under the project of engineer F.I. Enrold. The towers were dismantled; supports were rebuilt; and spans, for the first time in St. Petersburg, were covered by metal solid web girders.

In 1936 during the inspection it was revealed that the bridge supports are significantly deformed, and the metal beams of the superstructure have undergone severe corrosion within the supports.

In 1949 under the project of engineer PV Bazhenov of Dormostproekt and architect L.A. Noskov a major repair of the bridge was made. The supports of the bridge were partially rebuilt up to the water level; the underwater part was repaired, using concrete injection. The superstructure was replaced by a new metal one. The sidewalks were made on the consoles; new artistic cast railing was installed. Asphalt concrete pavement on orthotropic slab was laid on the roadway.

Semenovsky Bridge is a logical continuation of Gorokhovaya Street. Following from the centre along this street you can get to Zagorodny Prospekt and then to the Theater of the Young Spectator. On the other hand, going to the centre, the Gorokhovaya street brings you to the old development of the city, where the architecture of tenement houses, in which in the past petty officials and workers lived, is a little rustic, but further behind Kamenny Bridge, parade style of metropolitan pomposity asserts itself in all its force. On both sides of Semenovsky Bridge bridgehead areas are located planned by the project of architect A.V. Kvasov. The area on the left bank of the Fontanka River has a semicircular shape, and on the right one - rectangular. 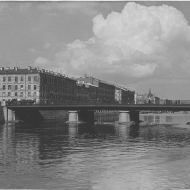 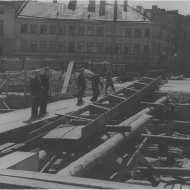 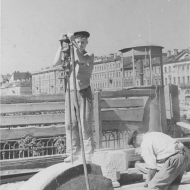