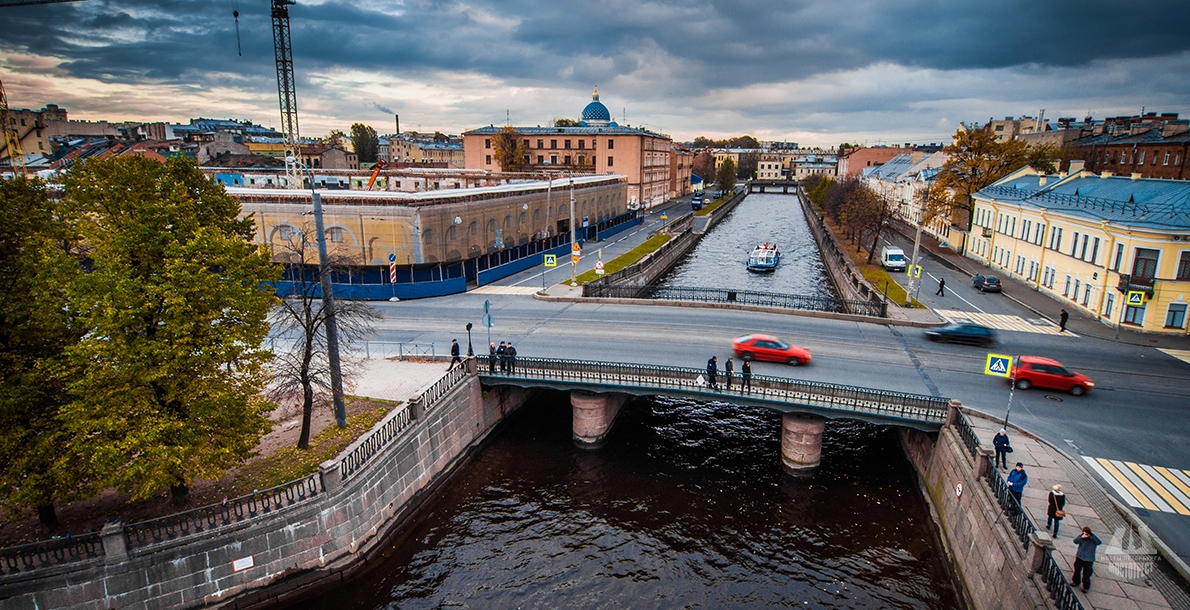 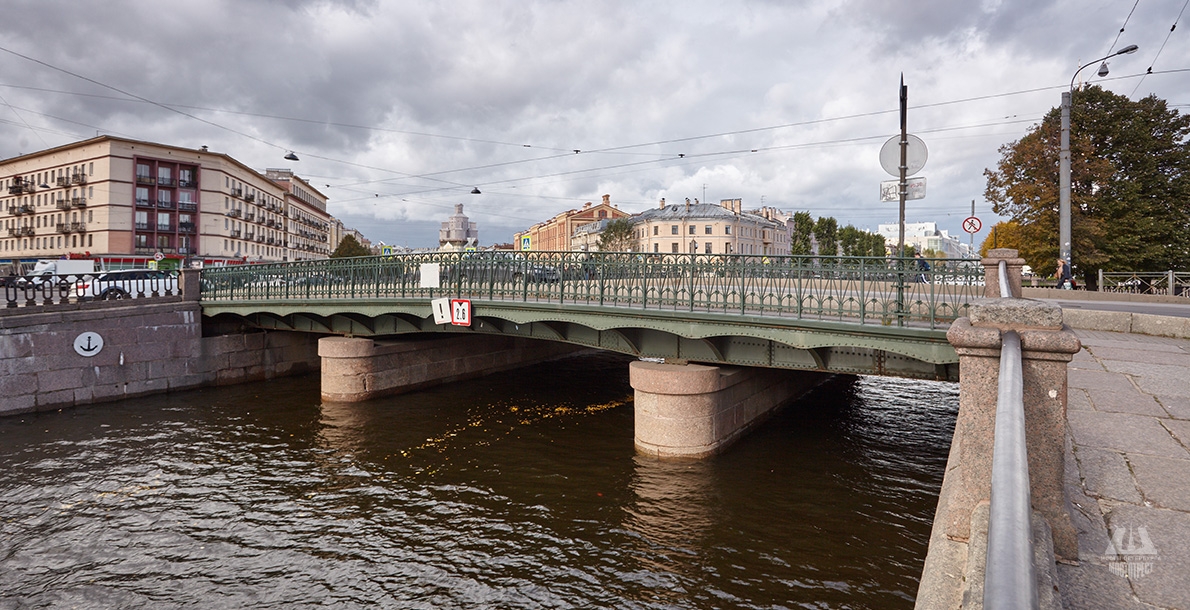 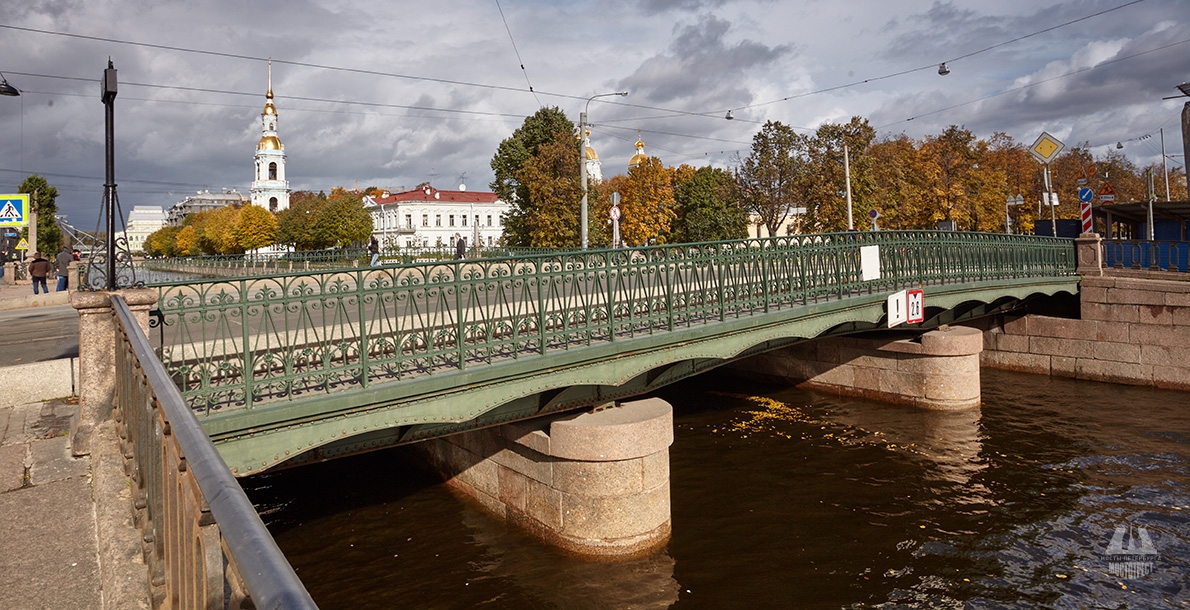 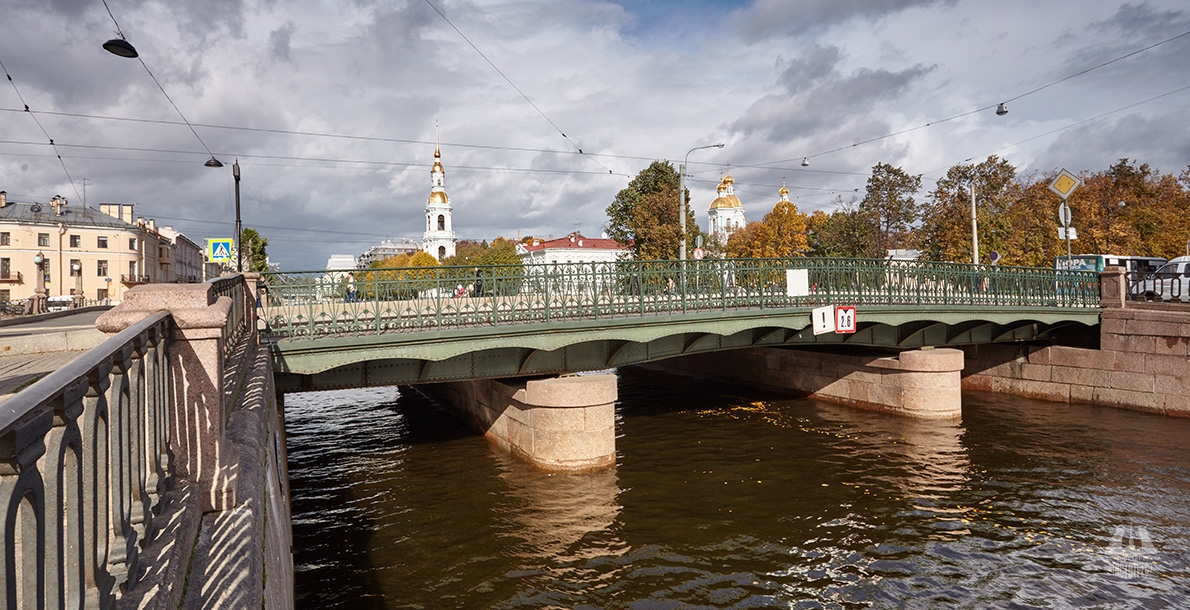 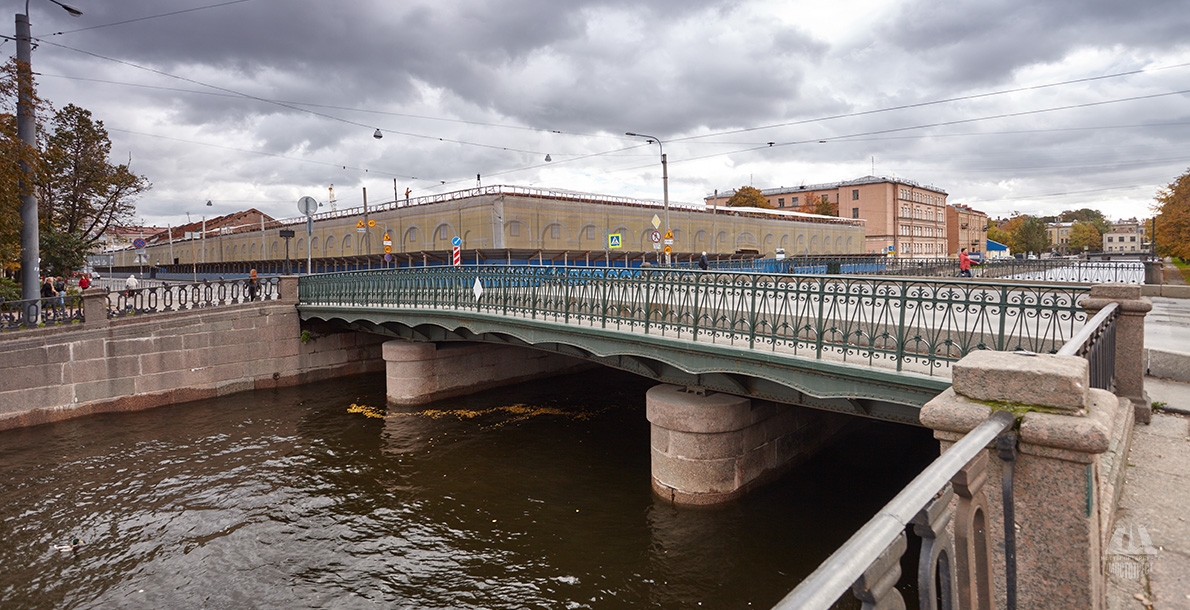 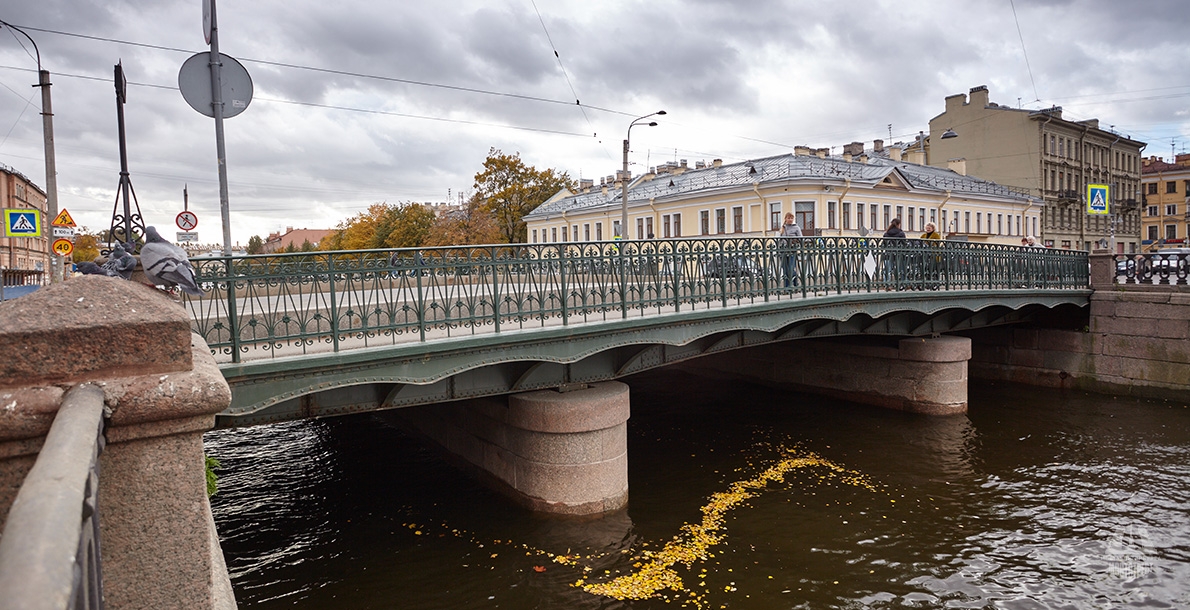 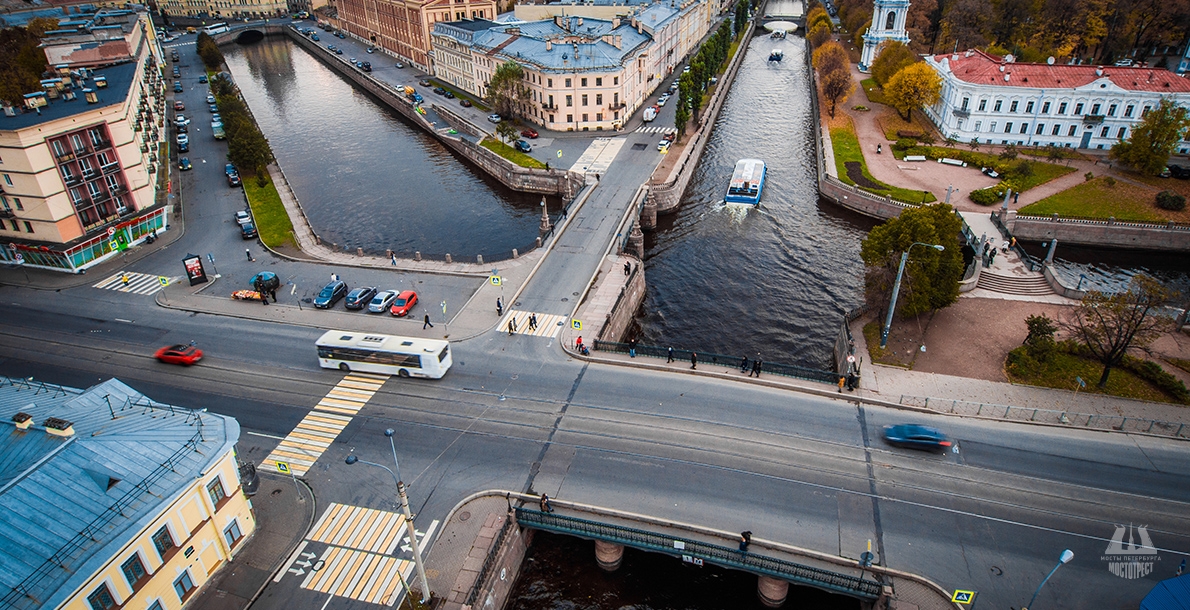 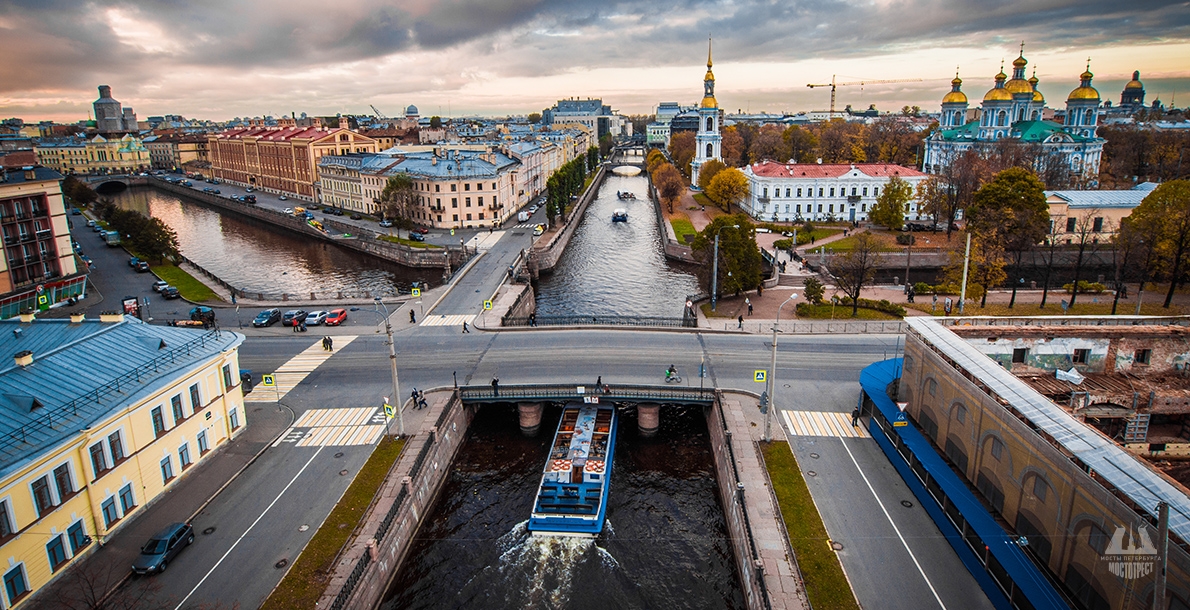 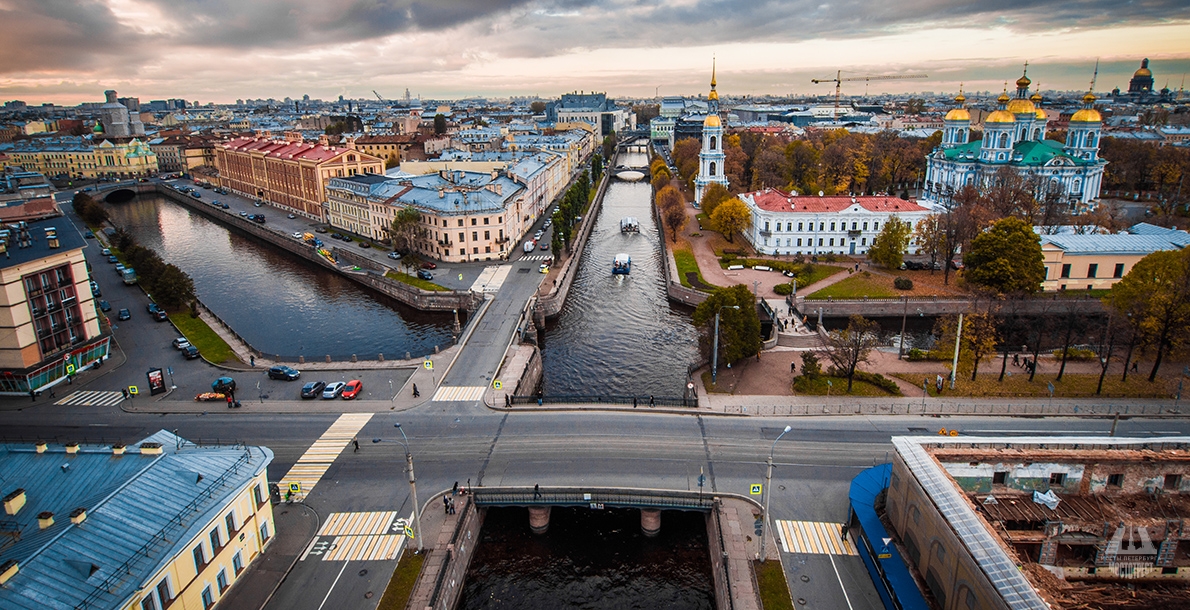 Staro-Nikolsky Bridge (former Pereshivkin from 1786 and Nikolsky in 1793-1898) is a bridge across the Kryukov Canal in Admiralteysky District; it connects Spassky and Pokrov Islands; it is located along the axis of Sadovaya Street and close to Nikolsky Cathedral – here, by the way, its name comes from.

In 1784-1787 wooden bridge of mullion-strut system was built together with granite embankments construction on the Canal. There were stone abutments faced with granite, on pile foundation. Railing was installed in the form of metallic forged grid.

In 1842 railing was replaced and lanterns were removed.

In 1887 the bridge superstructures were replaced by wooden simple bridge consisting of double height girders on socket. The abutments were rebuilt up to the water level. Railing was made of metallic rods and square tombs on abutments and river piers. There was a wooden roadway pavement.

In 1906-1908, due to tram traffic opening on Sadovaya Street, the bridge was reconstructed under the project of Ap.P. Pshenitsky, K.V. Yefimova and V.A. Bers.

Superstructures were replaced by metal riveted three-span continuous beams with variable sections. In middle span, beams have curved outline, concaved from the underneath to increase navigation aperture. Sidewalks are brought out to consoles; obelisks with lanterns are removed from river piers. The bridge length was 20.2 meters, and width 24.3 meters. Simple pattern metal forged grids are installed on the bridge; at the ends of the railing granite pedestals are installed.

In 2004 the bridge was thoroughly repaired, including works on superstructure repair with corroded members replacement, roadway concrete slab arrangement, railing recovery, and repair of embankment granite lining adjoining to the bridge, and other works.

It should be noted that Staro-Nikolsky Bridge, together with proximate Novo-Nikolsky and Krasnogvardeysky Bridges across the Griboyedov Canal, form beautiful architectural ensemble to fully confirm the Saint-Petersburg’s naming “Northern Venice”. The place, where this unique bridge composition is located, is considered as one of the most beautiful areas of Saint-Petersburg. Close to this bridge trio, the Griboyedov Canal approaches directly to Sadovaya Street, where opens a splendid view of Nikolsky Cathedral and slim 4-tiers bell tower, located on the bank of the Kryukov Canal.