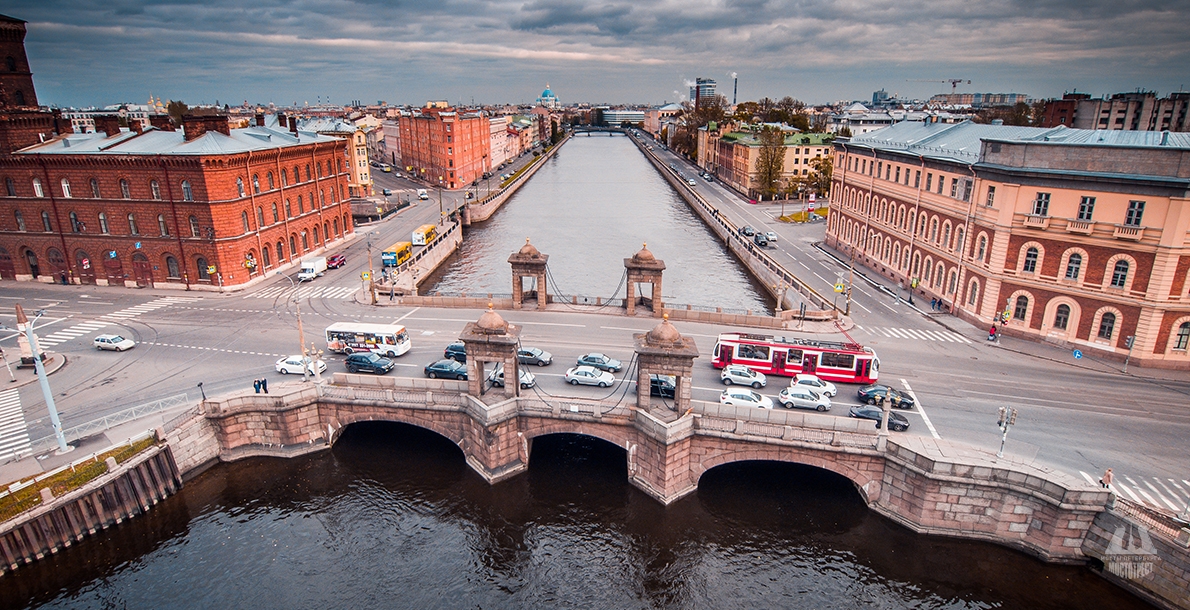 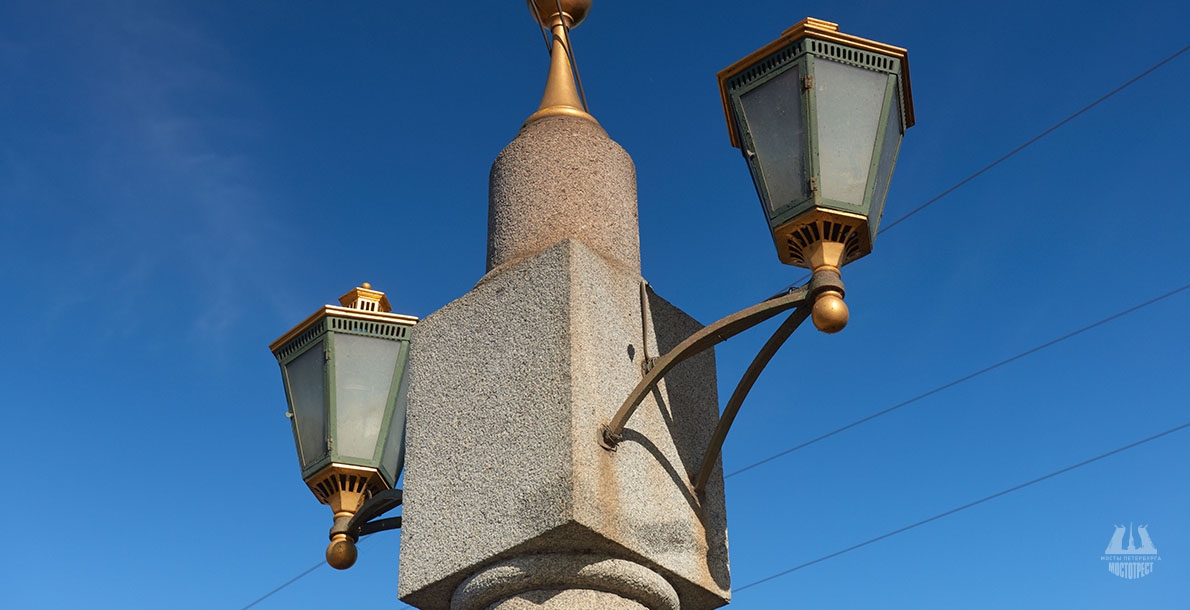 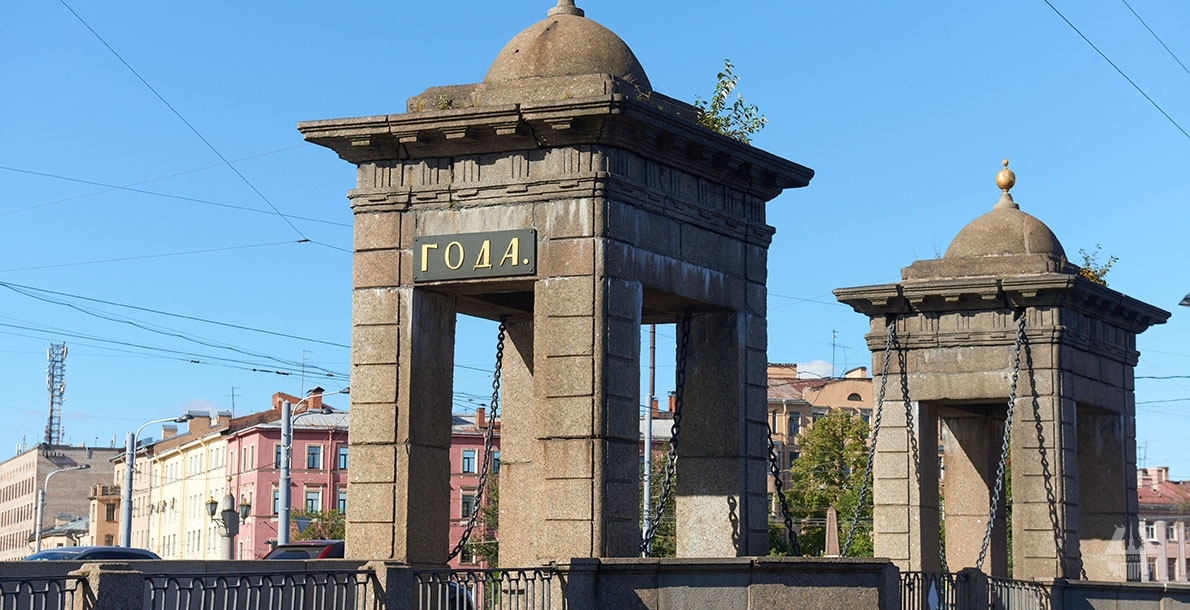 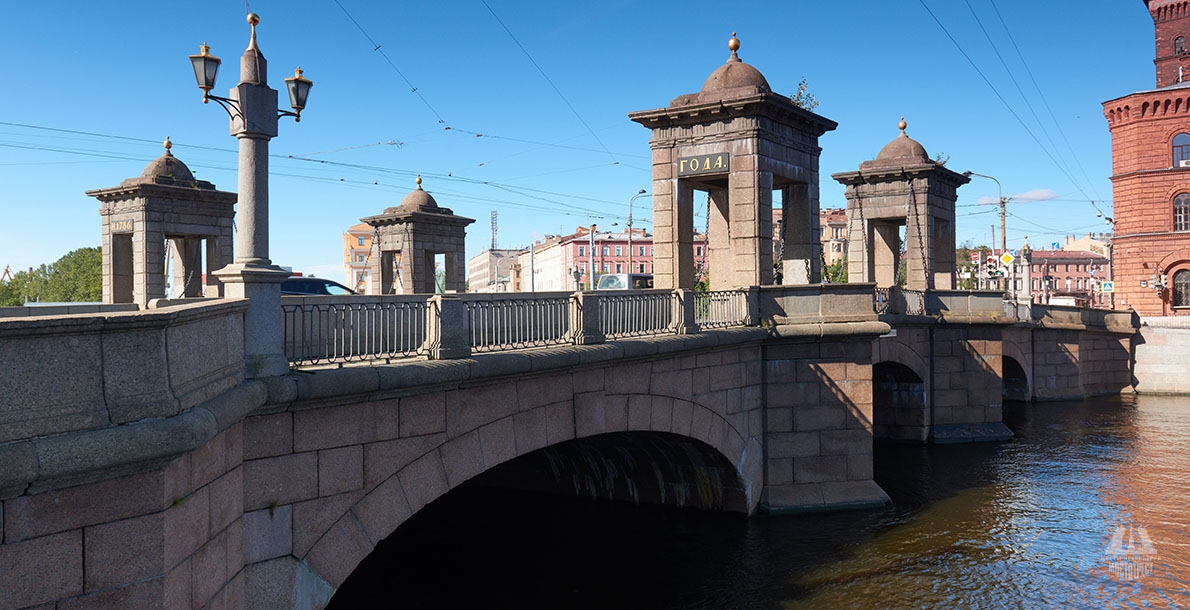 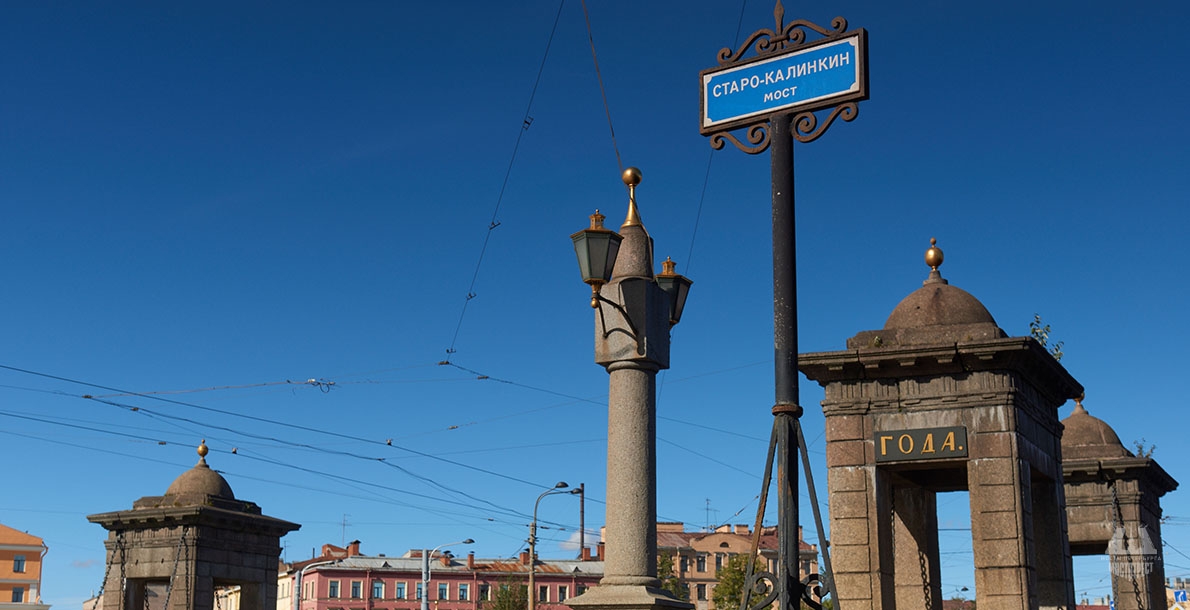 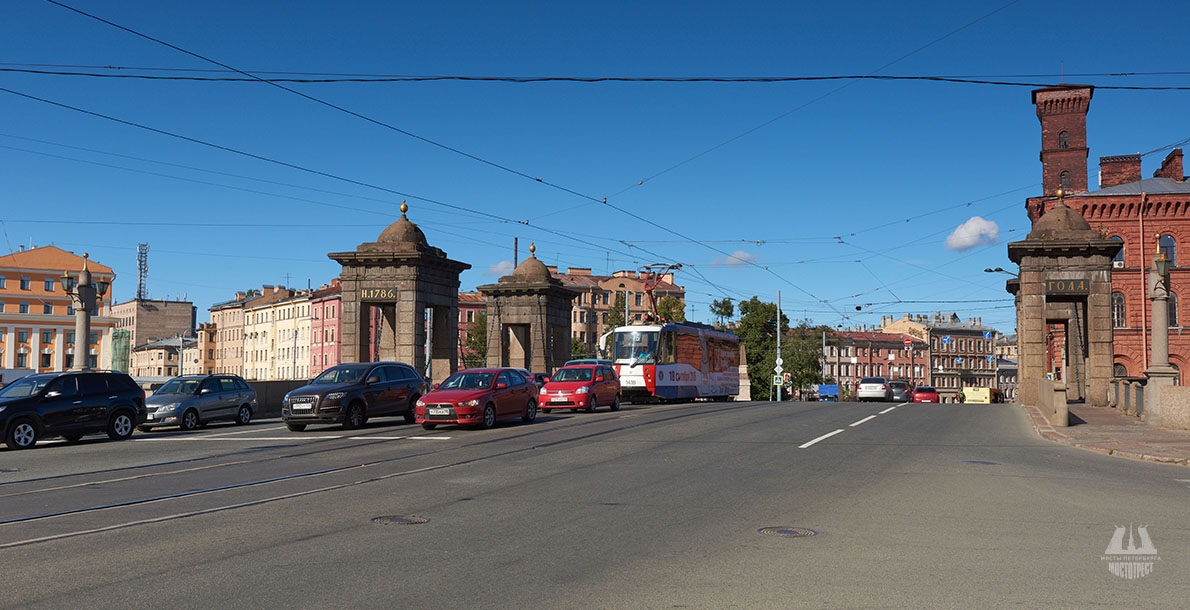 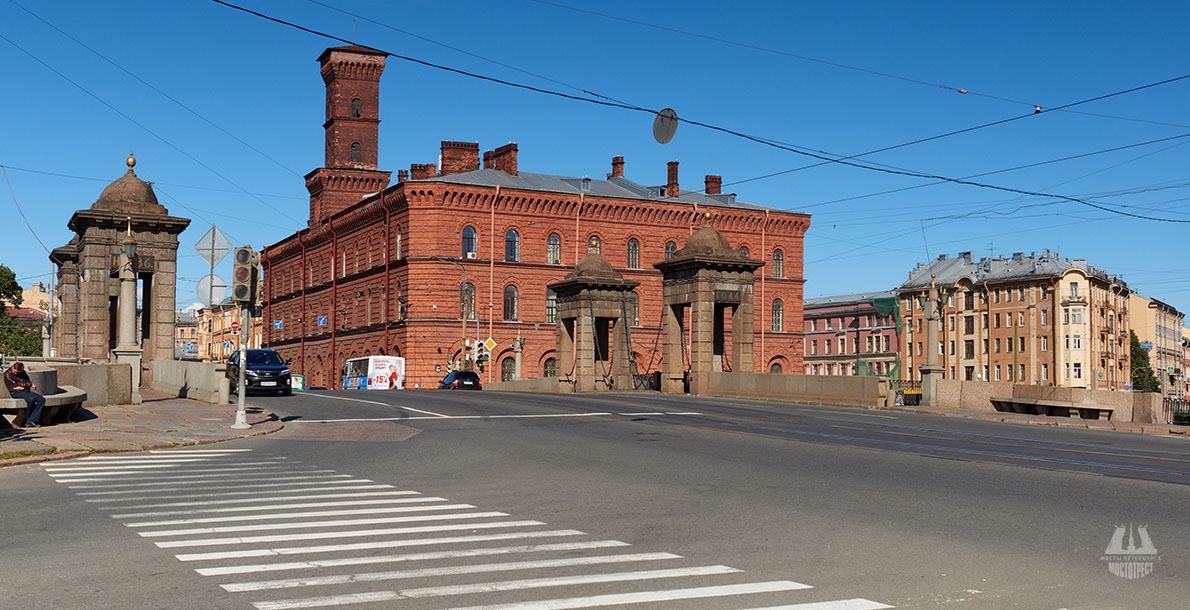 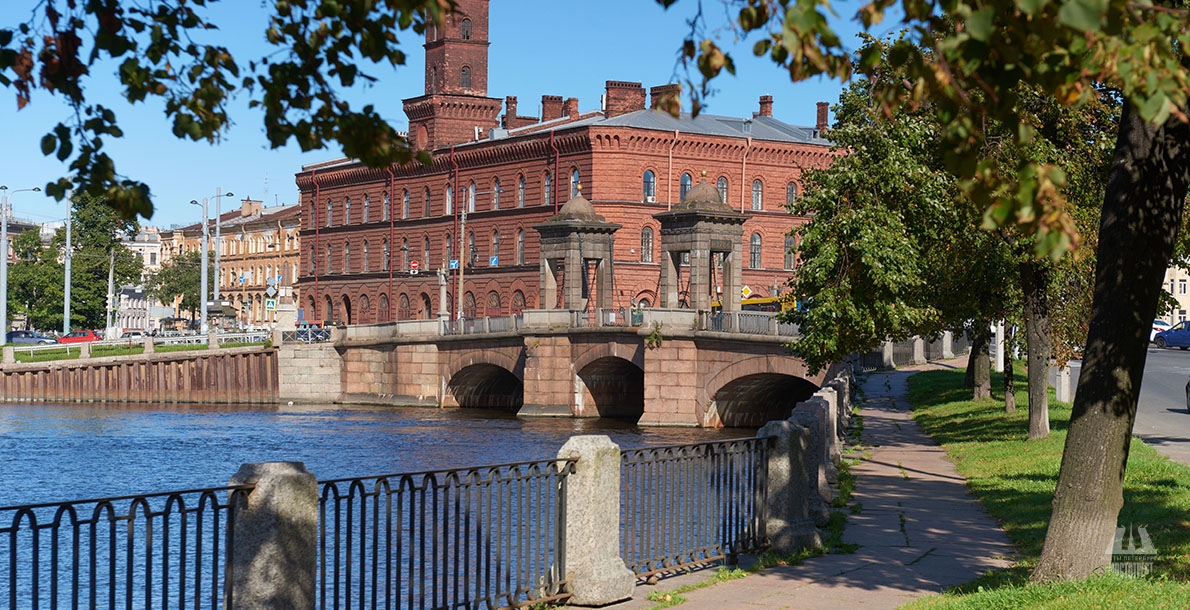 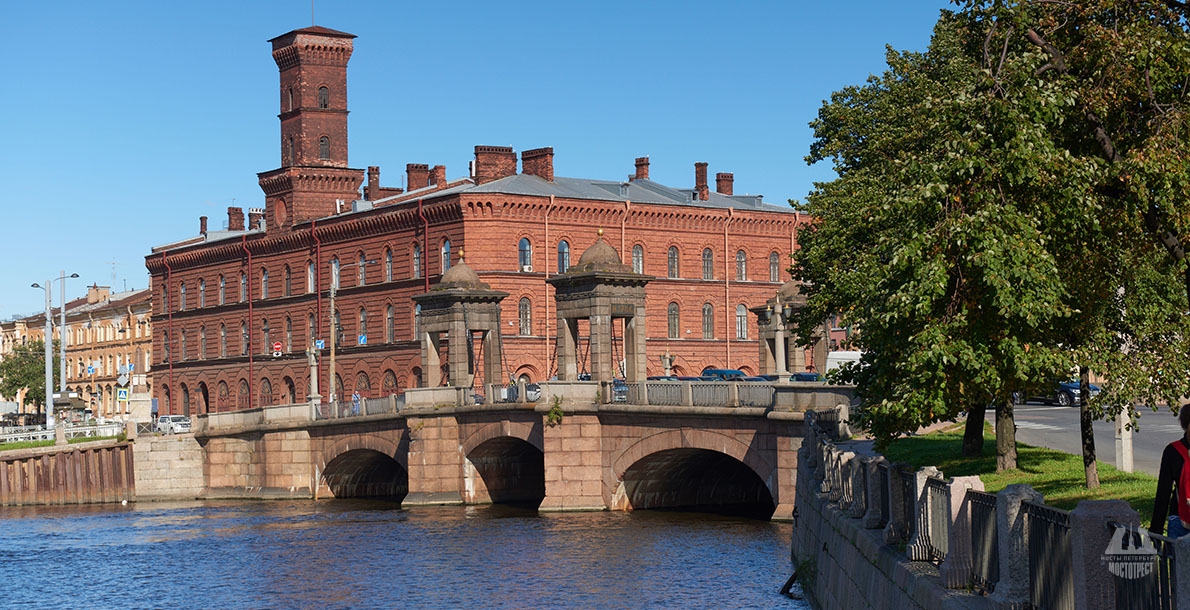 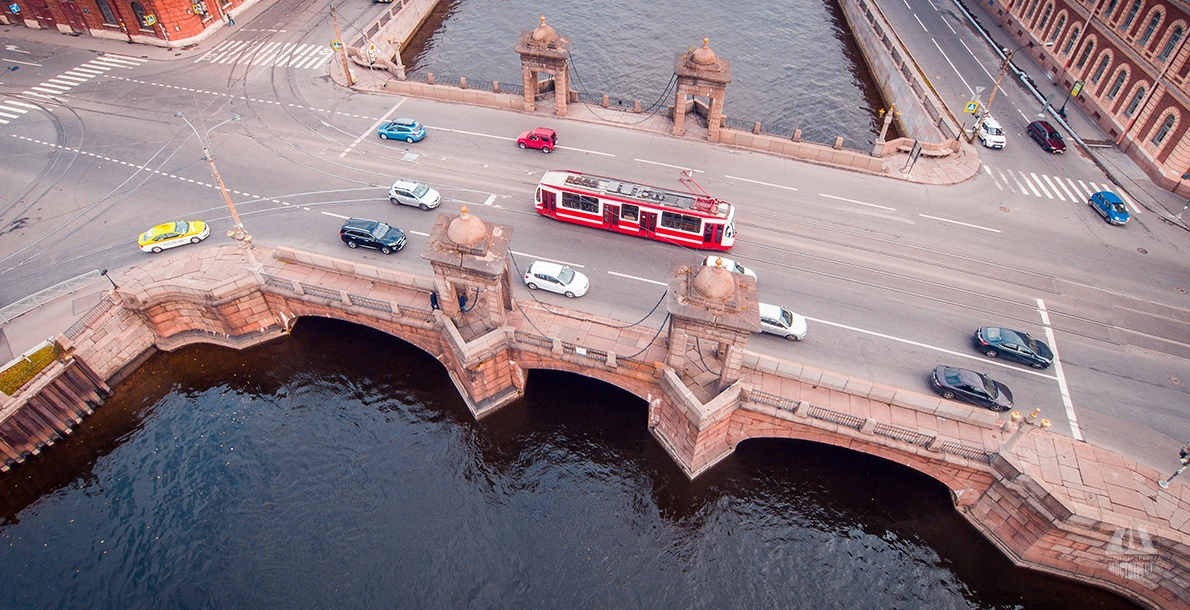 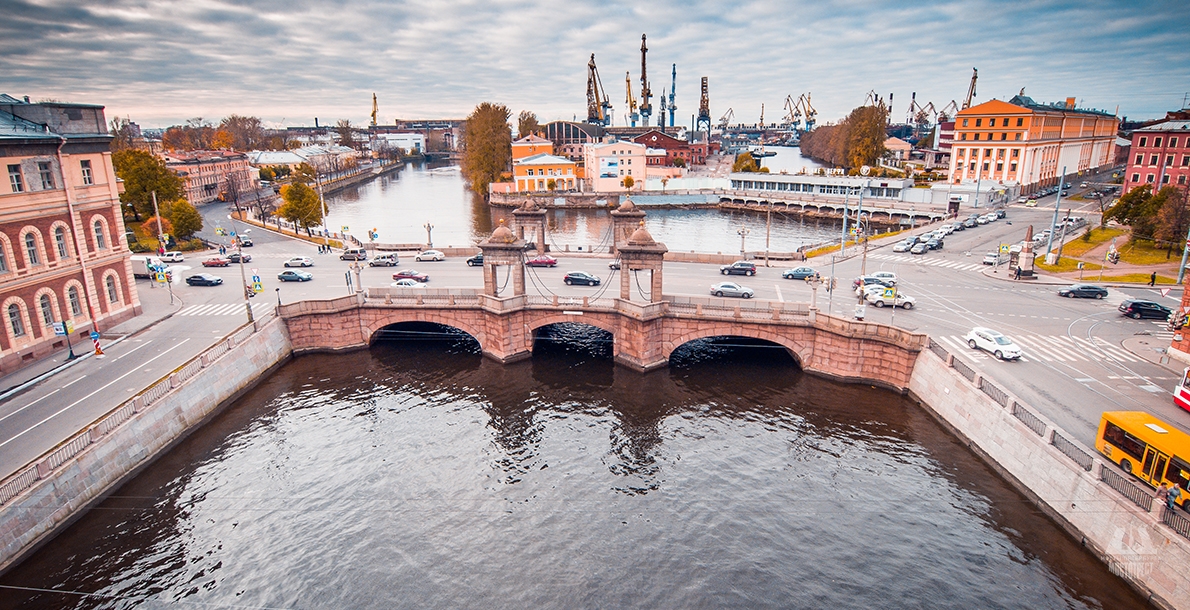 Staro-Kalinkin Bridge connects Kolomensky Island and Bezymyanny Island across the Fontanka River in the Admiralty District of St. Petersburg. There is Staro-Petergofskiy Prospect from the left bank of the bridge; and Tsiolkovskogo Street connected with the Fontanka Embankment located nearby. There are Ploschad Repina (Repin Square) and Lotsmanskaya Street on the right bank. Along the Fontanka River embankment traffic flows comes onto the bridge from Sadovaya Street. The bridge is located near one of the oldest shipyards of St. Petersburg - JSC Admiralteiskie Verfi.

Since 1733 a wooden bridge existed there. The bridge length reaches up to 250 m. The bridge had a lift span with superstructures to open its leaves in the form of three-span portals with booms.

In the years 1786-1788 due to construction of granite embankments of the Fontanka River, three-span stone bridge with a wooden central draw span and with towers on river piers with raising mechanisms inside was built under the typical project. Builders, engineers I. Gerard, P.K. Suhtelen.

In the years 1892-1893 under the project of architect M.I. Ryllo the bridge was partially reconstructed - it was widened to 15.2 meters, and the central wooden draw span was replaced by a flat stone vault. Granite towers over the river pillars were restored.

In 1907-1908 in connection with the laying of tram tracks on the bridge its roadway was widened while preserving the granite towers and granite parapets on the supports.

In 1965, under the project of architect I.N. Benua, granite obelisks on the bridge supports, benches and parapets separating the sidewalk from the roadway, as well as lamps were restored.

In 1969 metal decorative details were gold-plated. In 1986-1987, under the project of architect V.M. Ivanov, lights and commemorative plaques on the towers were renewed.

From October 2013 to April 2014 the bridge pavement, tram rails and communications were repaired. 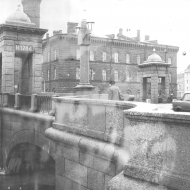 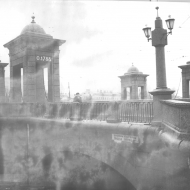 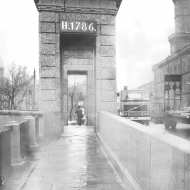 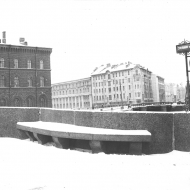 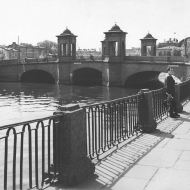 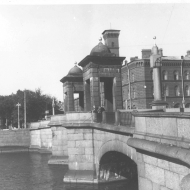 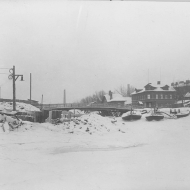 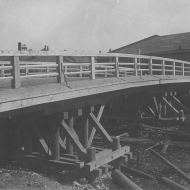 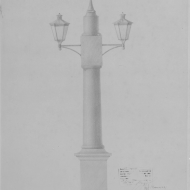 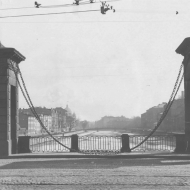 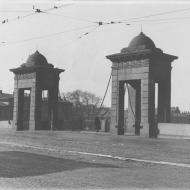