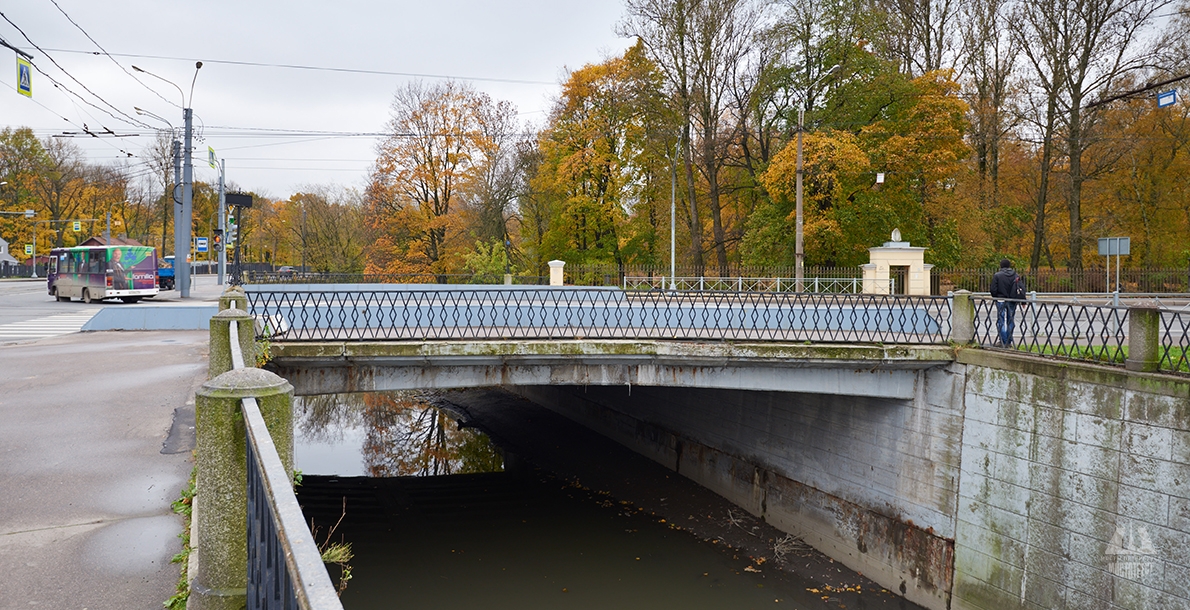 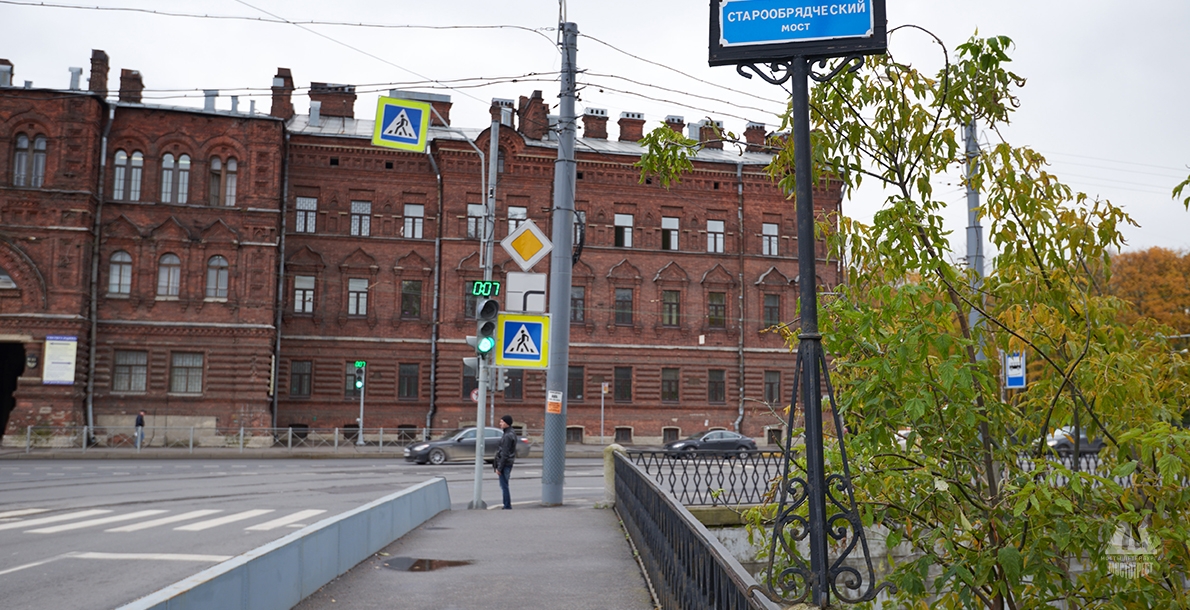 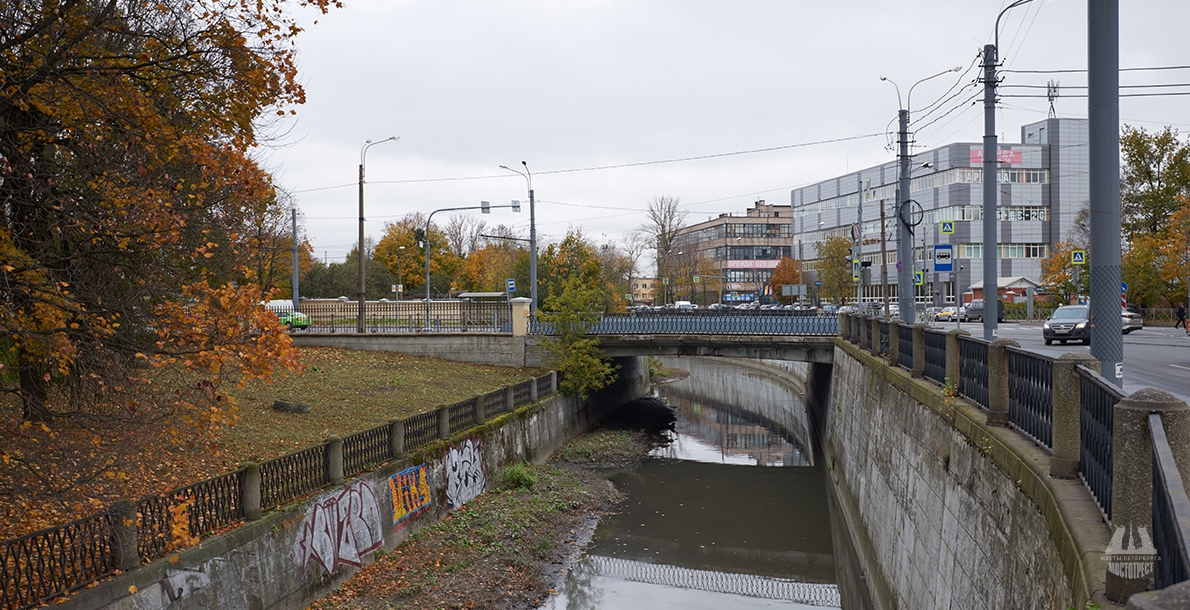 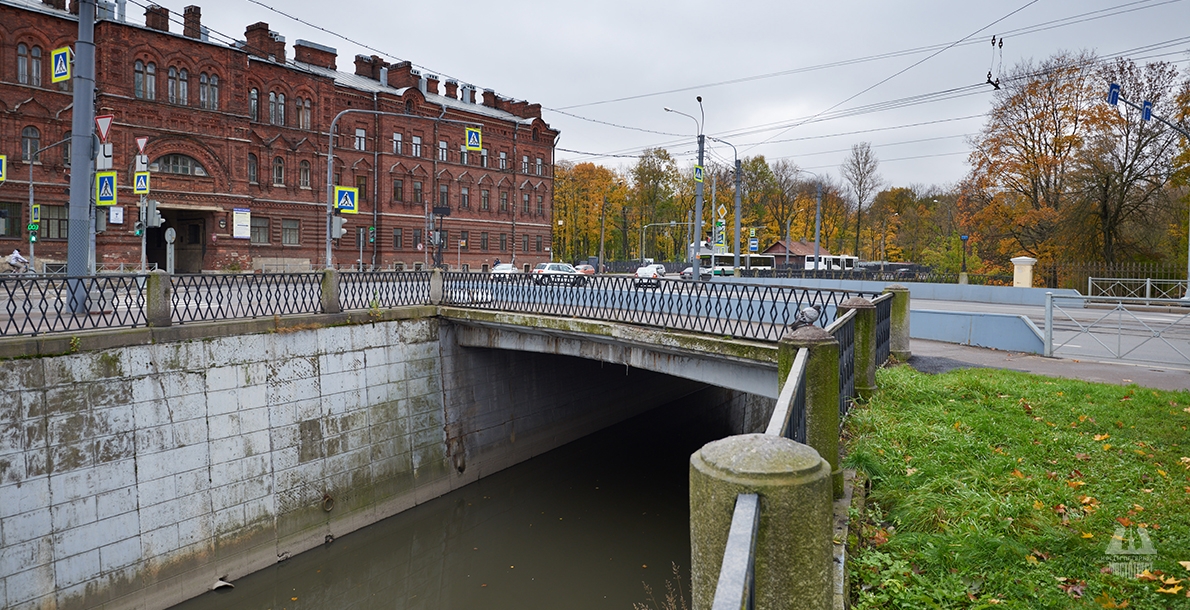 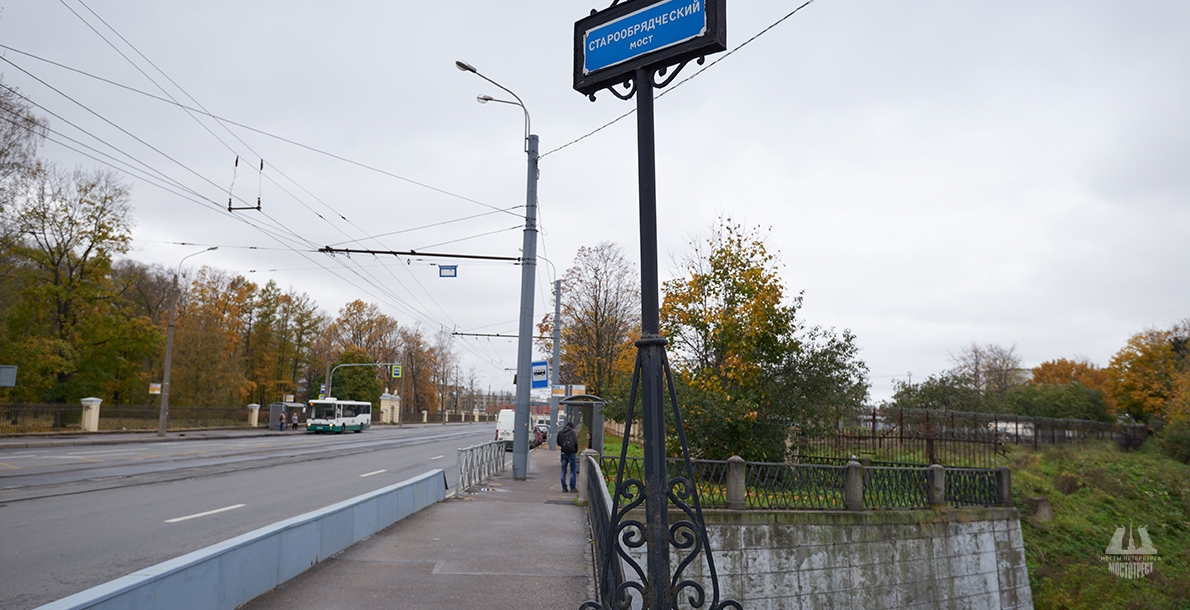 The bridge derived its name from Staroobryadcheskoye cemetery and almshouse appeared in Volkovo Village as early as 1777. Over the years the cemetery has become a truly great one. For comparison - its territory is more than the entire island and Central Park of Culture and Recreation.

In 1820 for the passage to Volkovo village a wooden bridge was built there which was repeatedly repaired.

In 1950 in connection with the extension of tram tracks the wooden bridge was rebuilt. The wooden superstructure was replaced by a metal one.

This was a three-span metal simple bridge. The abutments, supports, roadway pavement and railings were wooden one. The length of the bridge is 25.2 meters, its width is 17 meters.

In 1985 high reinforced concrete railings were installed on the bridge.

Upstream there is the 1st Volkovsky Bridge, downstream – Graapovsky Bridge.