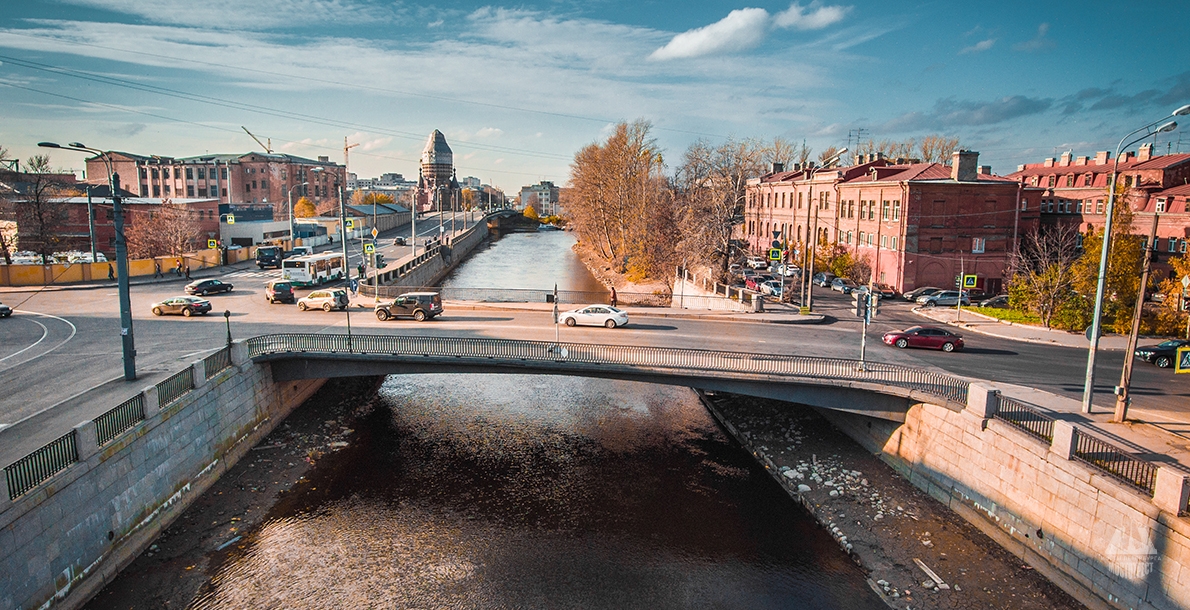 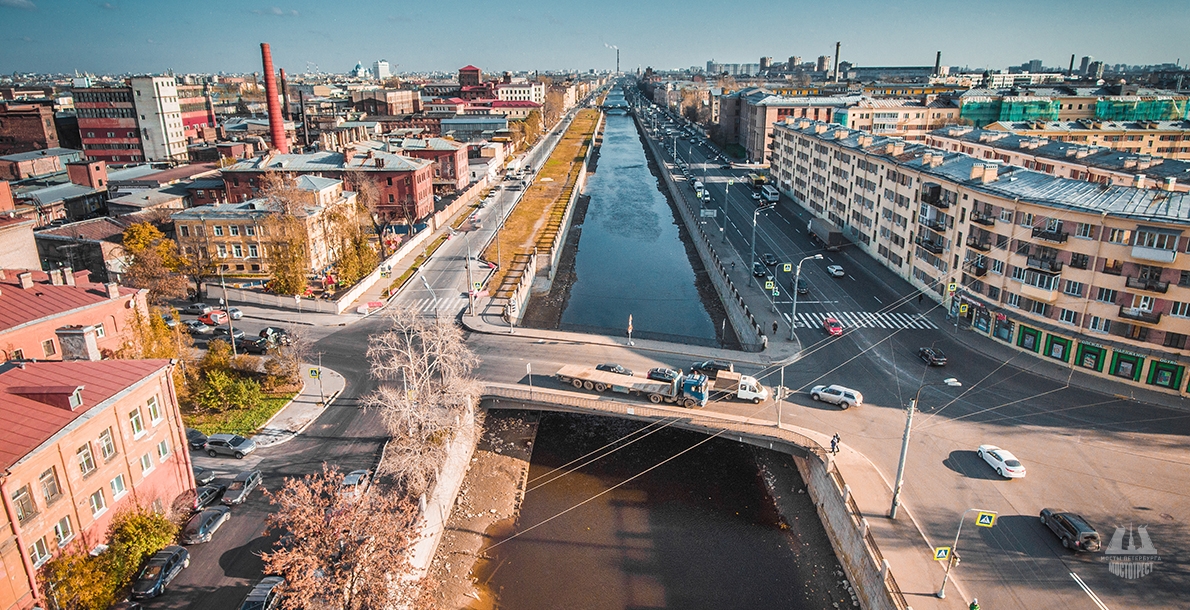 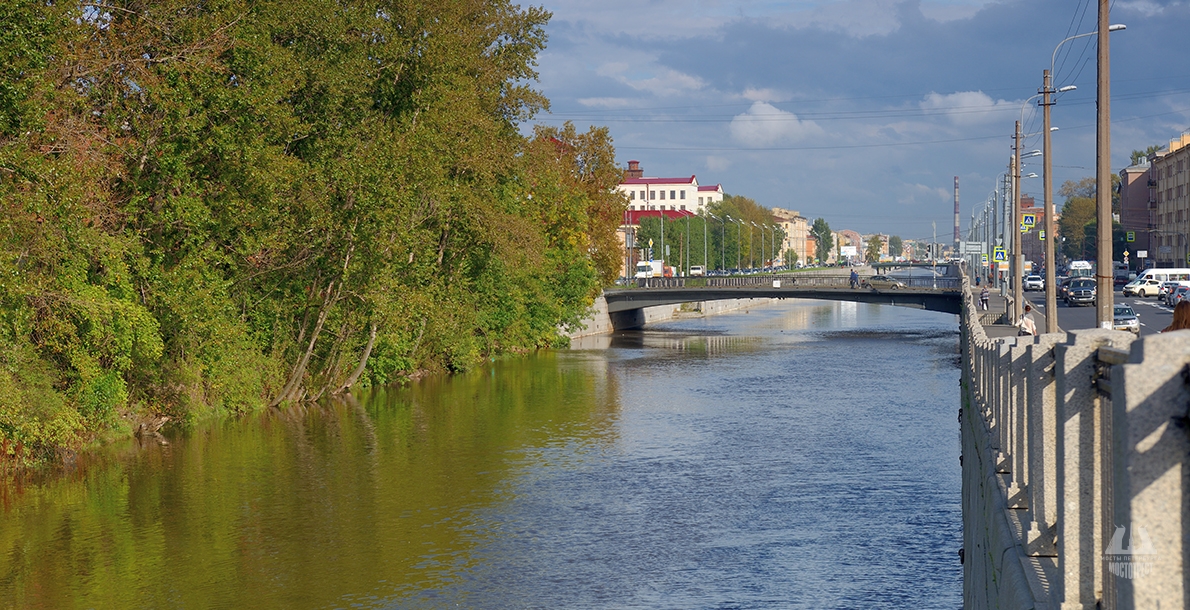 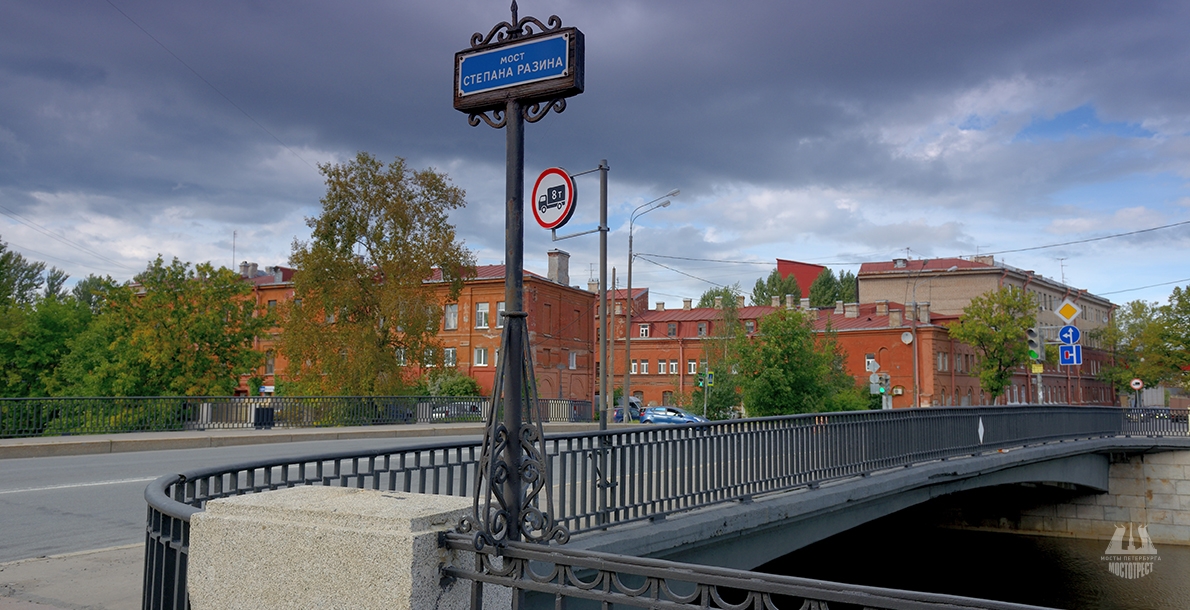 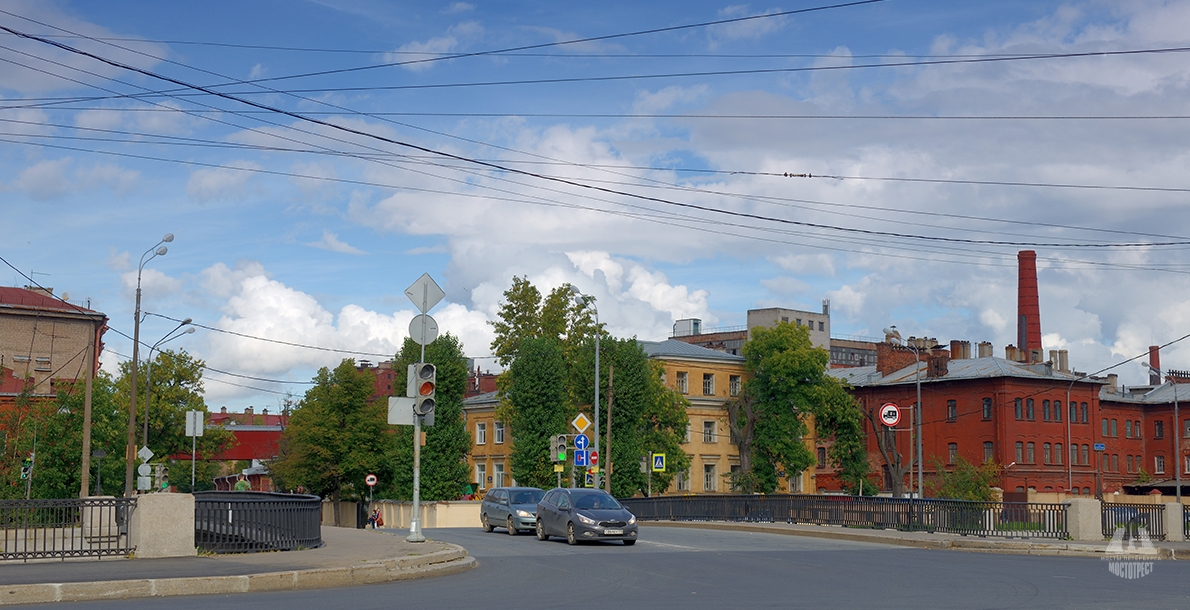 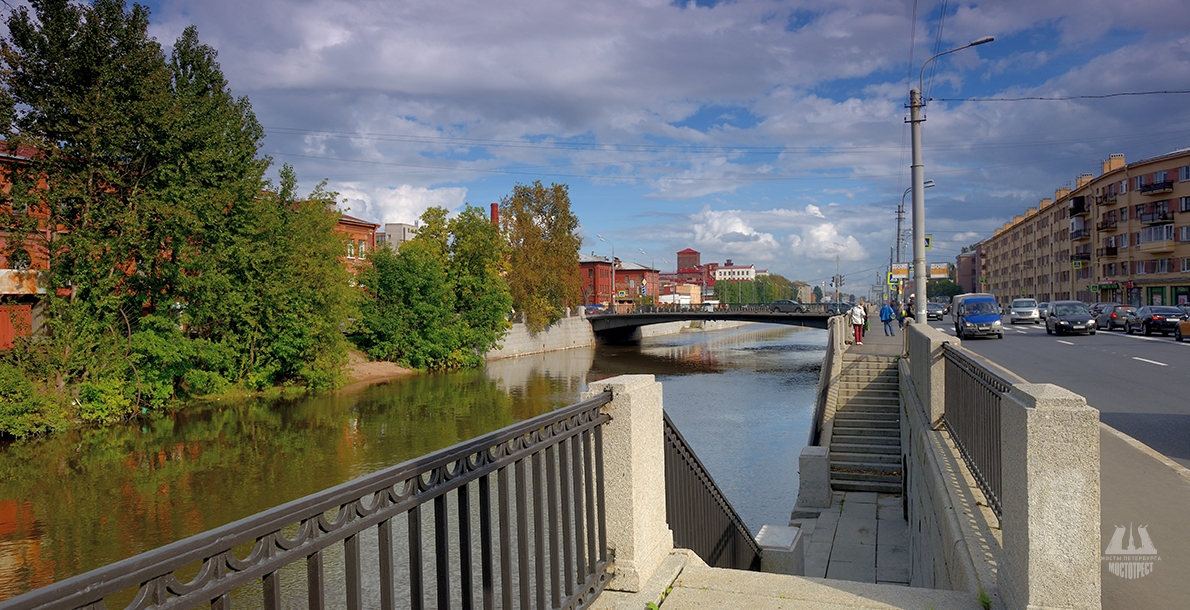 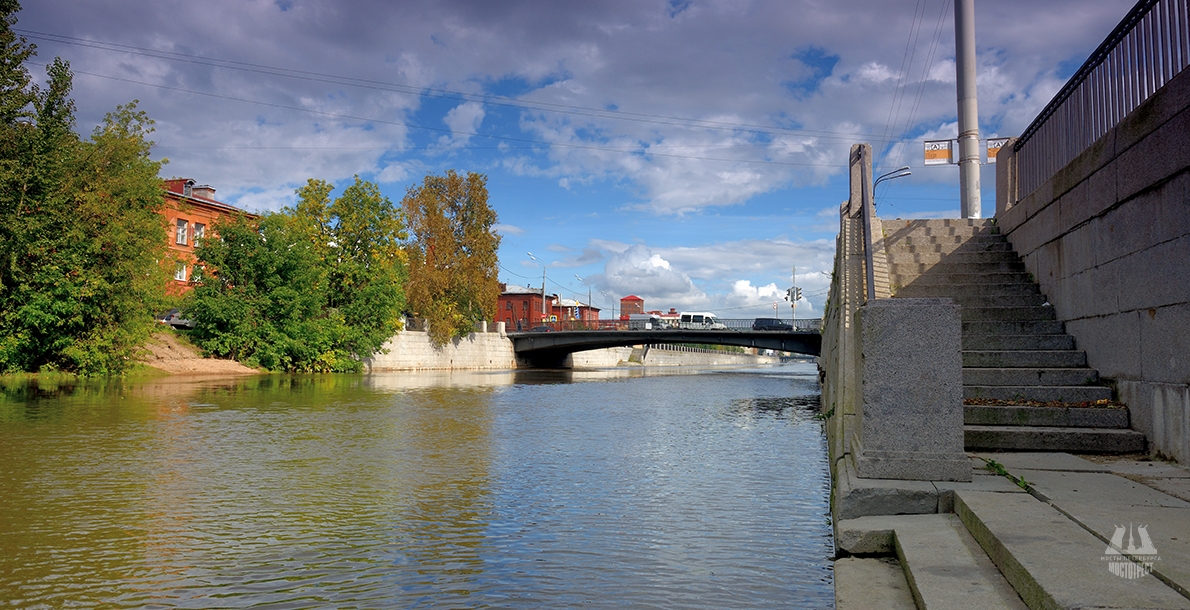 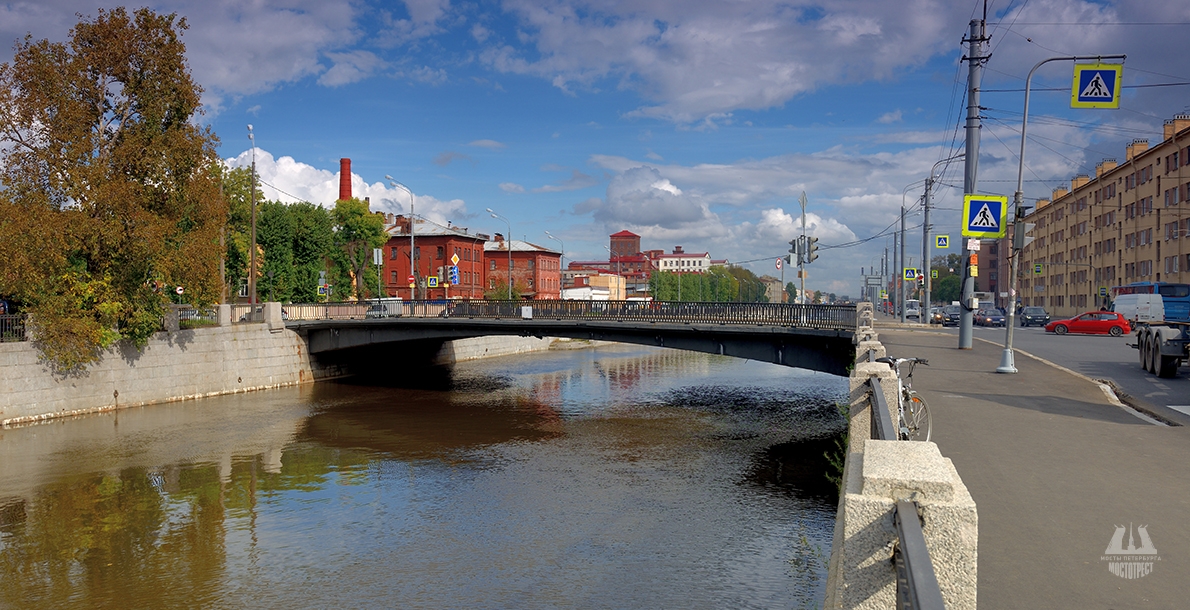 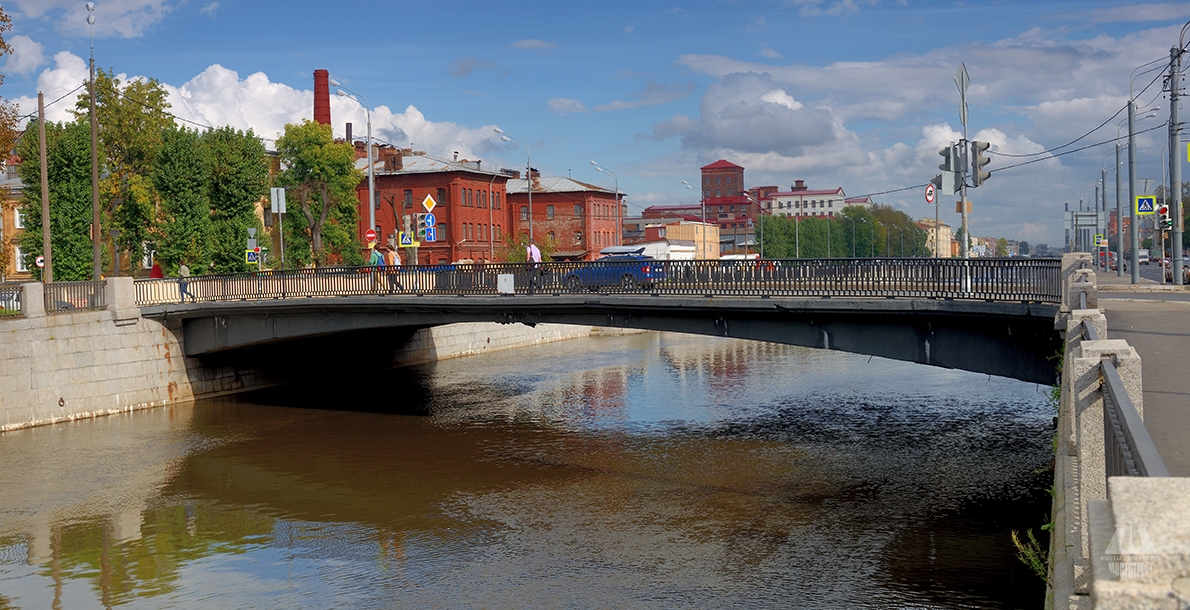 Stepan Razin Bridge is a bridge across the Obvodny Canal, connects Stepan Razin Street and Liflyandskaya Street in Admiralteysky District of St. Petersburg.

The bridge across the Obvodny Canal in the alignment of Stepan Razin Street was built in 1914. For all the time of its existence the bridge derived its name from this street. Until 1923 it was named Estland Street, as it led in the direction of the Estonian province (northern Estonia). The crossing was named Estland Bridge.

Since 1923 the street was named Stenka Razin Street. As a consequence the crossing was also renamed. In 1939 the city highway and the crossing got more "official" names - Stepan Razin Street and Stepan Razin Bridge named in honour of the Don Cossack, the courageous leader of the major Russian uprising in 1670-1671.

In 1977-1979 the old Stepan Razin bridge was rebuilt. Under the project of engineer A.D. Gutzeit and architect V.M. Ivanov a new reinforced concrete crossing was built here.

The length of the modern Stepan Razin Bridge is 38.3 meters, width - 20 meters, of which two sidewalks should be separated each of three meters, the width of the roadway is 14 meters.

The bridge design is similar to Novo-Kamenny Bridge which is also spanned across the Obvodny Canal. The superstructure is made in the form of three-hinged frame made of precast I-shaped reinforced concrete members having different section heights. The supports are monolithic reinforced concrete ones. The abutments and the frame supports are faced with granite slabs. The railings are made of cast iron sections with an uncomplicated pattern. Granite bollards are installed on the abutments. The sidewalk and the roadway are covered with asphalt concrete layer. The sidewalks are arranged above roadway level without fencing. Stepan Razin Bridge is designed for heavy loads.

Not far from the bridge there is one of the most famous St. Petersburg industrial enterprises - Brewery n.a. Stepan Razin. 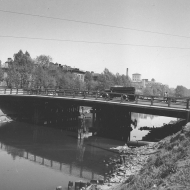