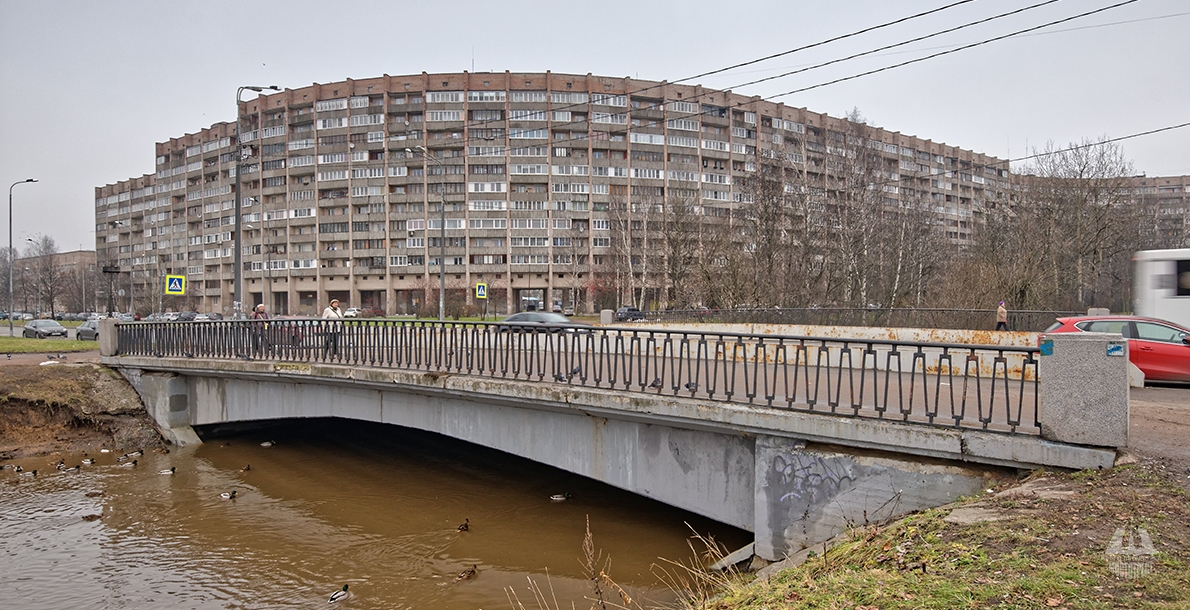 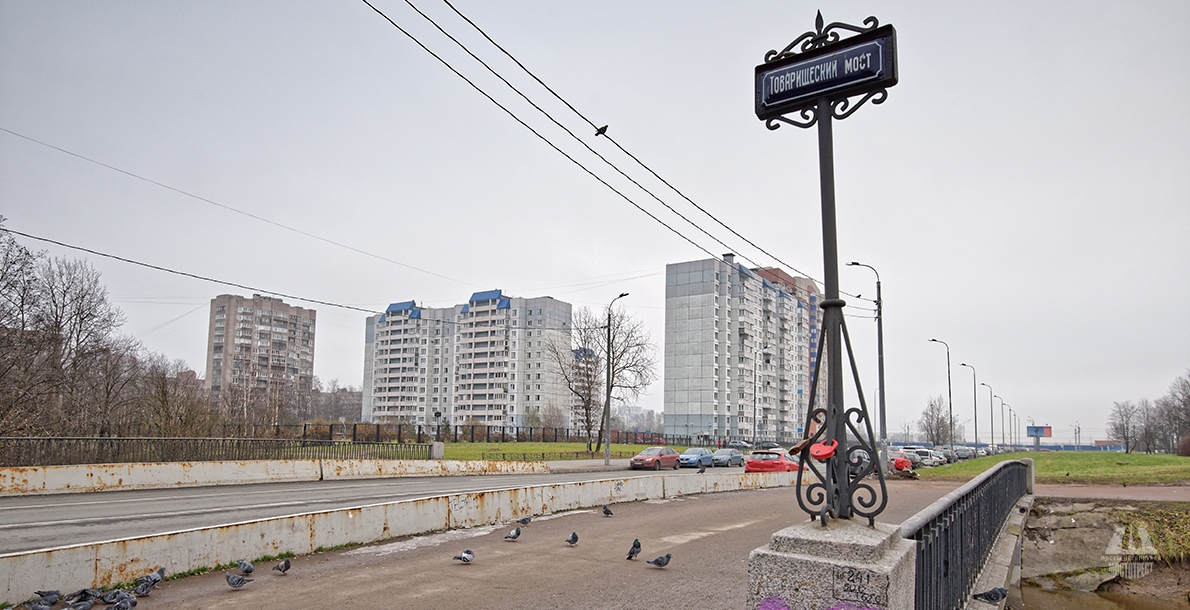 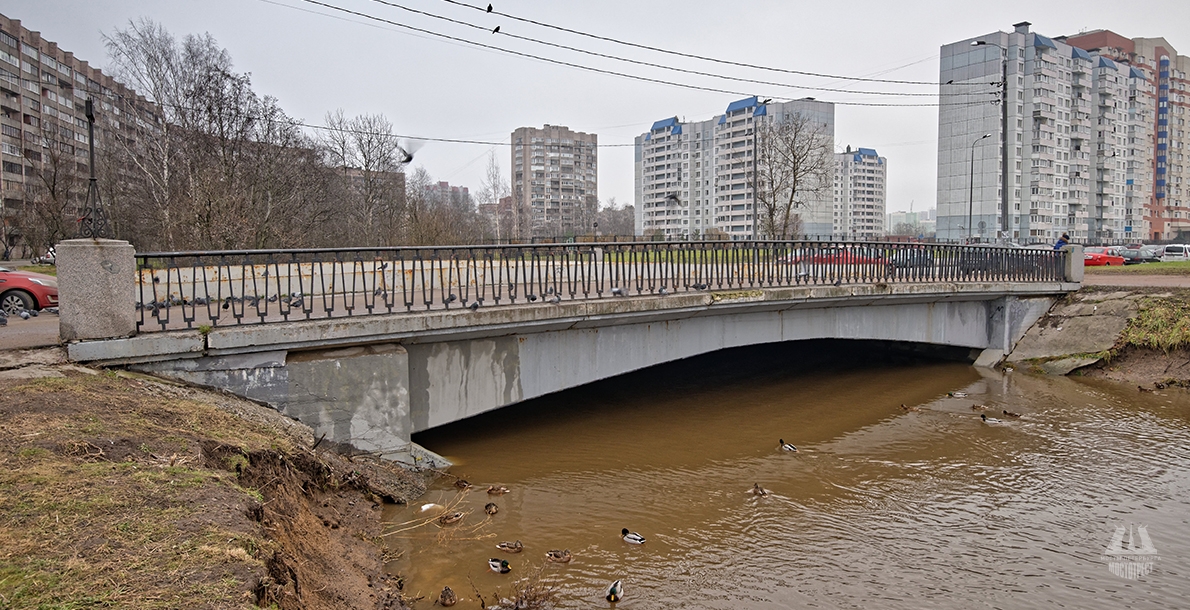 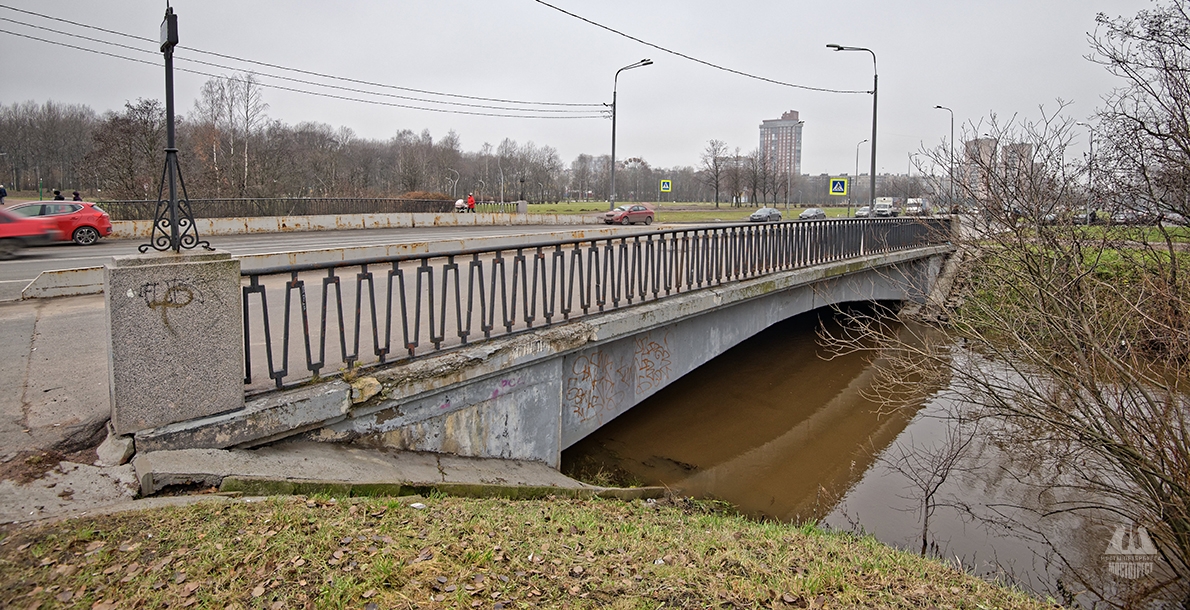 The Okkervil River is a left tributary of the Okhta River and flows to the east of St. Petersburg. The river source is located in the marshland south of Koltushskaya Upland. The Okkervil River passes along Vsevolozhsky District of Leningrad Region, Krasnogvardeysky and Nevsky Districts of St. Petersburg. Approximate length is of 18 km, the width ranges from 1.5 to 25 m, the depth is 0.2-0.8 m.

Tovarischesky Bridge is located on highway No. 12 on the right bank of the Neva River. The bridge was built in 1970-1971, under the project of engineer B.E. Dvorkin of Lengiproinzhproject. It is a single-span reinforced concrete cantilever frame bridge with a hinge in the middle of the span was built. The bridge is designed for the traffic of cars and pedestrians.

The roadway is paved with small-grained asphalt; sidewalks – with sand asphalt. The sidewalk is separated from the roadway by reinforced concrete parapet. Composite railing of cast iron sections and metal inserts is installed on the bridge. Granite pedestals are installed at the ends of the railing.

The design of Tovarischesky Bridge has no different fanciful elements, but it fits perfectly into the urban landscape creating a harmonious and laconic style.

Near the bridge there is the Park named after Sergey Yesenin, the great Russian poet. Until 2012 it was named Bolshevikov Park. In 2013 in the park for the 118th anniversary of the birth of Sergey Yesenin the grand opening of his monument took place, as well as the Writers' Alley was laid.