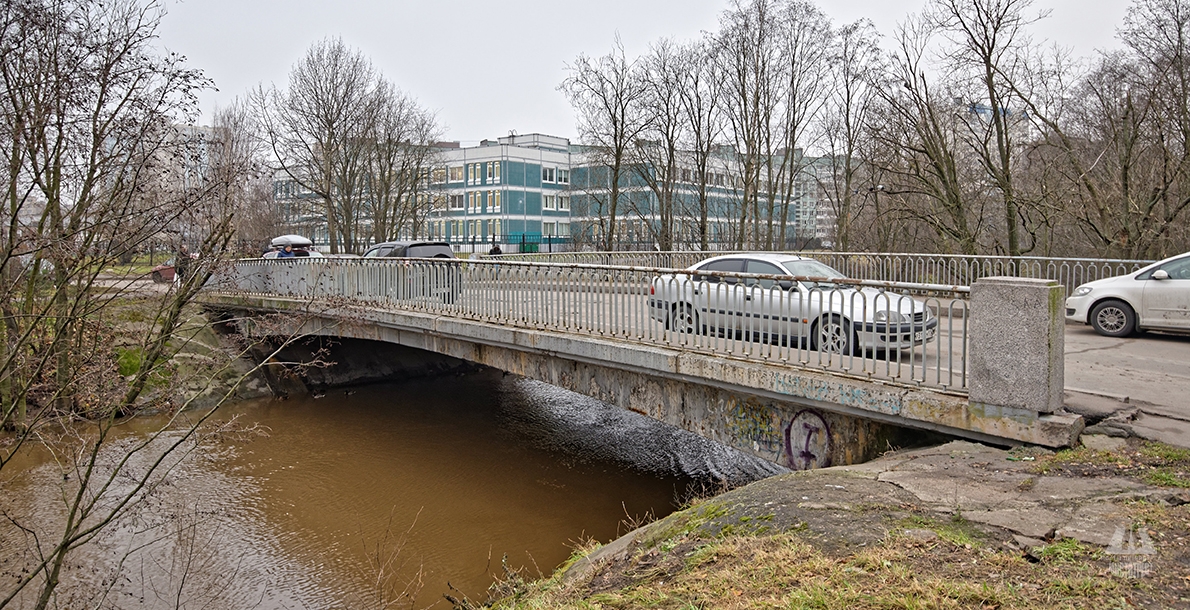 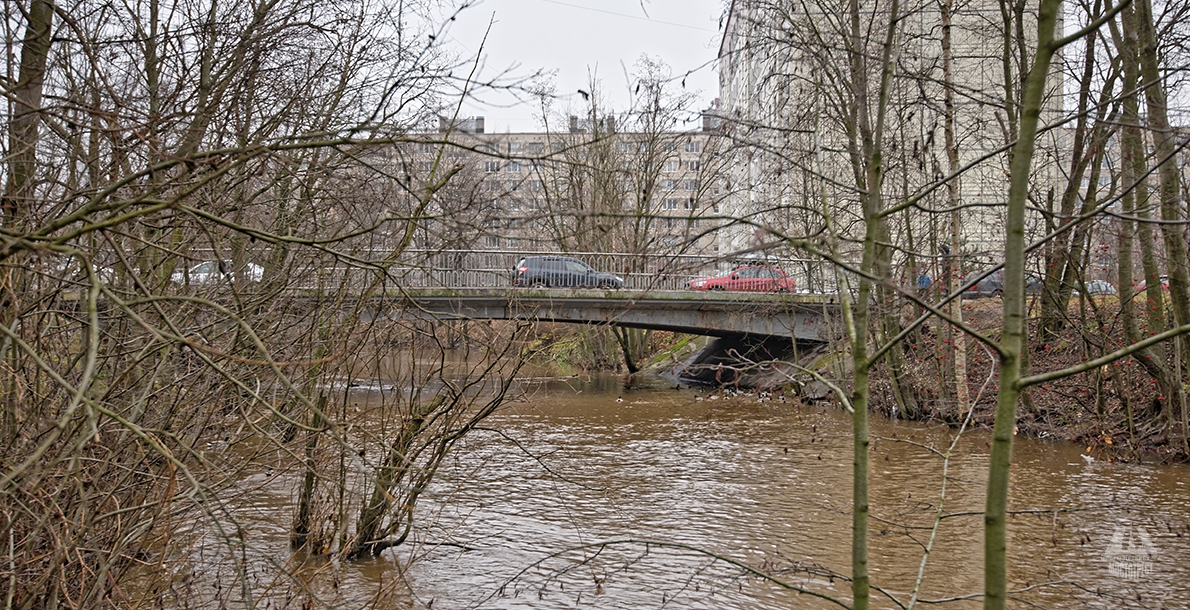 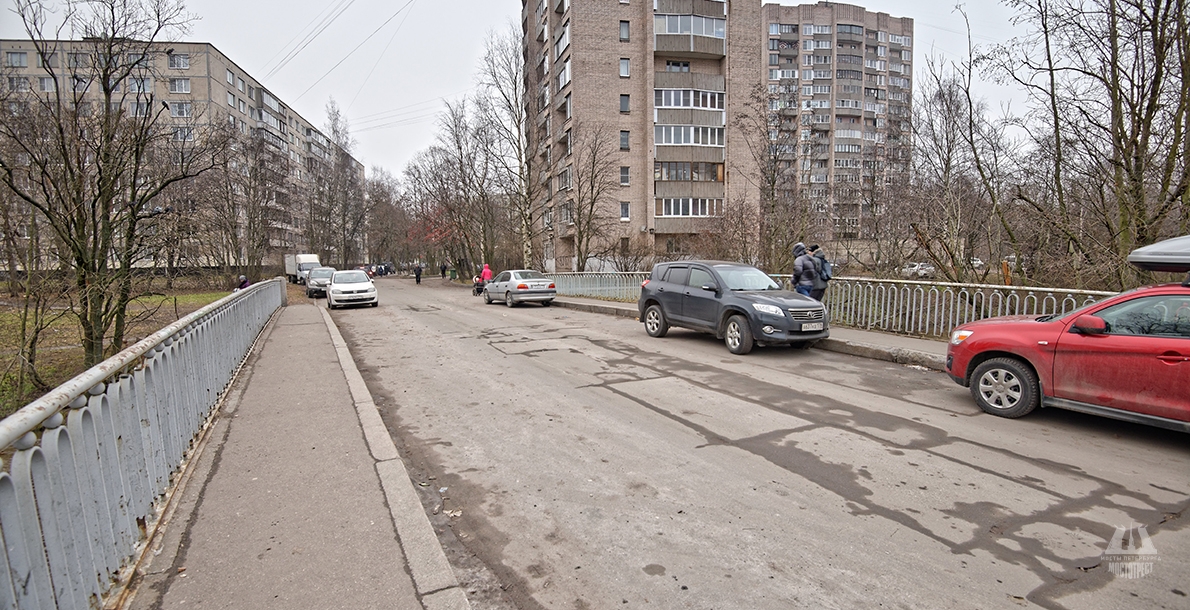 As for the bridge, it was built in 1974-1975, under the project of engineer B.E. Dvorkin of Lengiproinzhproject. It is a single-span reinforced concrete cantilever frame bridge with a hinge in the middle of the span. The superstructure consists of the unified reinforced concrete blocks with the curved outline of the lower chord.

The roadway and the sidewalks are covered with asphalt concrete. The sidewalk is separated from the roadway with granite border fencing. Composite railings of cast iron sections and metal inserts are installed on the bridge. Granite pedestals are installed at the ends of railing.

The bridge was built by the efforts of SU-1 of Trust Lenmostostroy, under the direction of engineer E.V. Leykin and foreman D.I. Krutov. Inspector V.A. Amazonov of Lenmosttrest Directorate exercised technical supervision of the work.