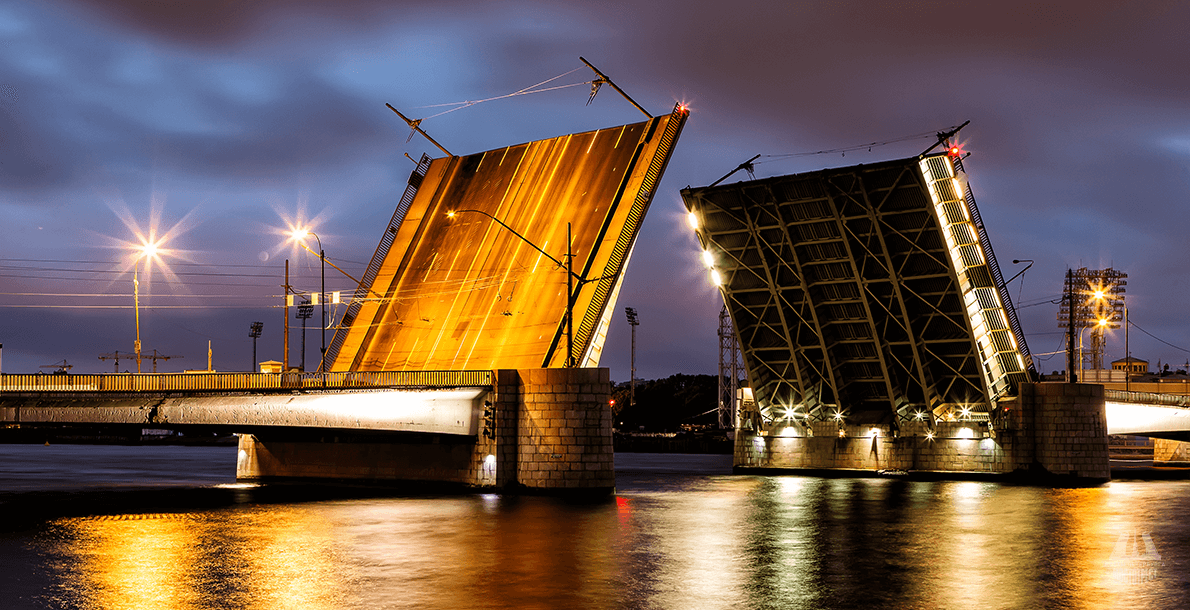 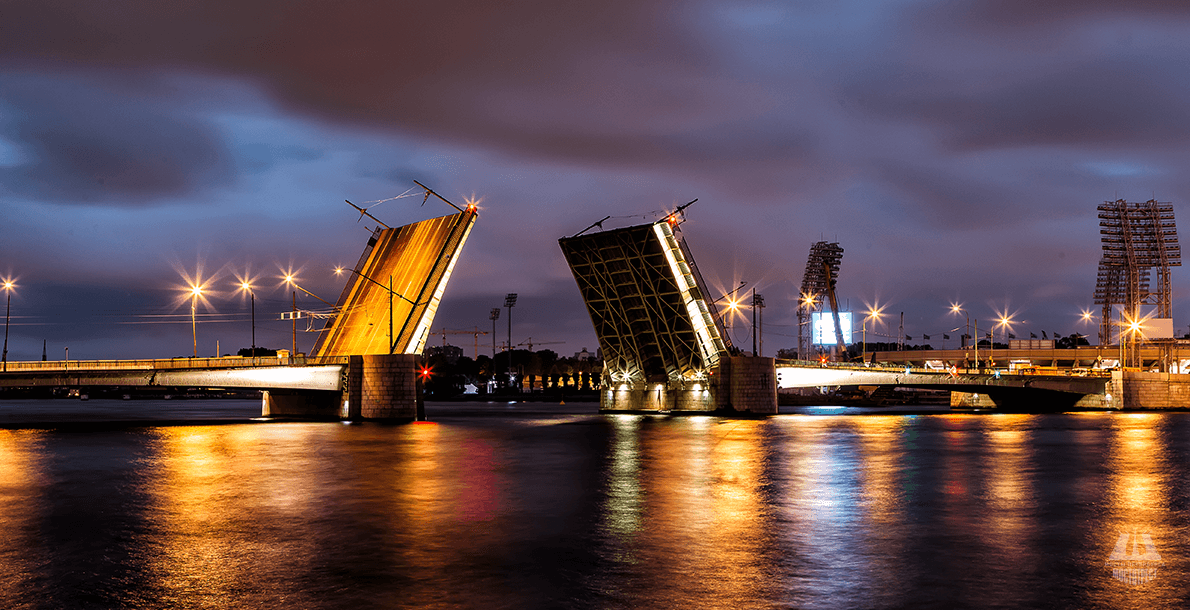 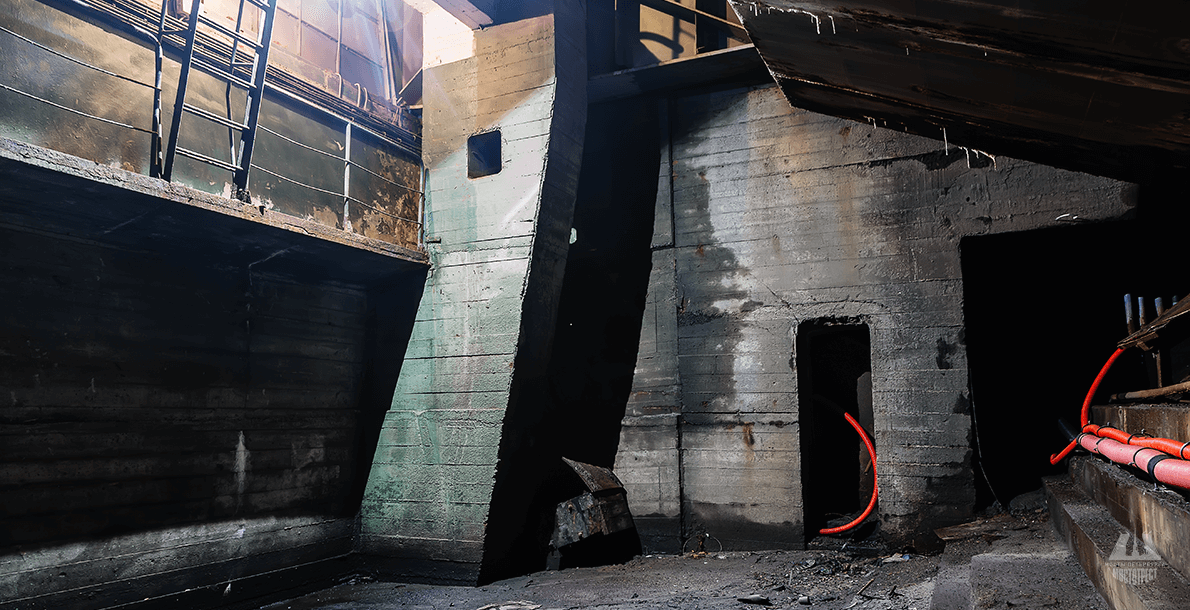 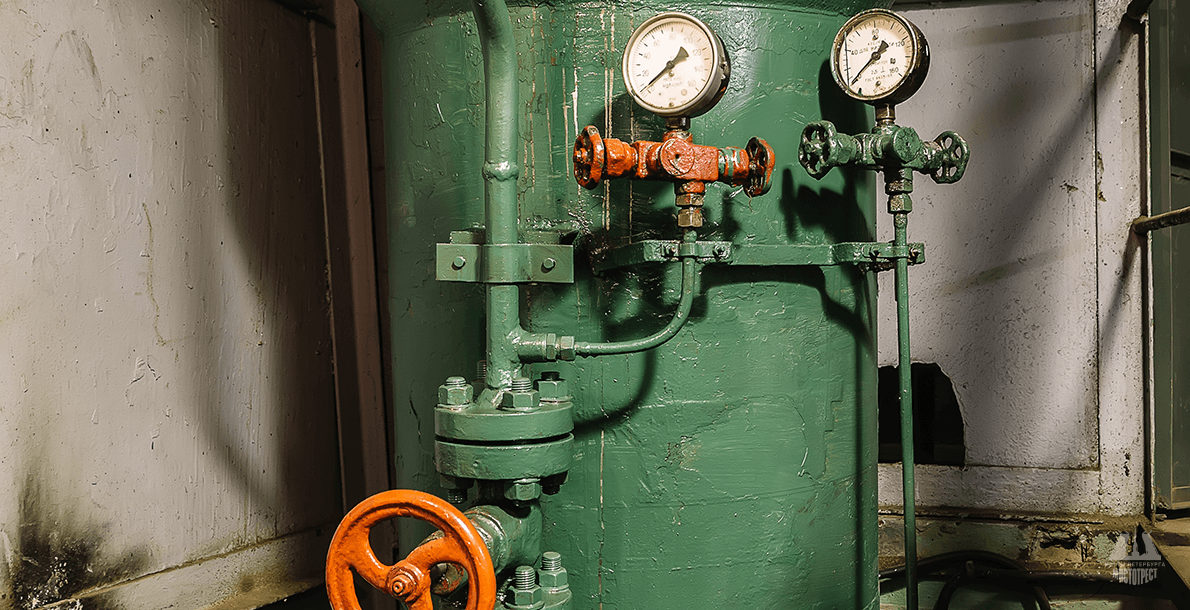 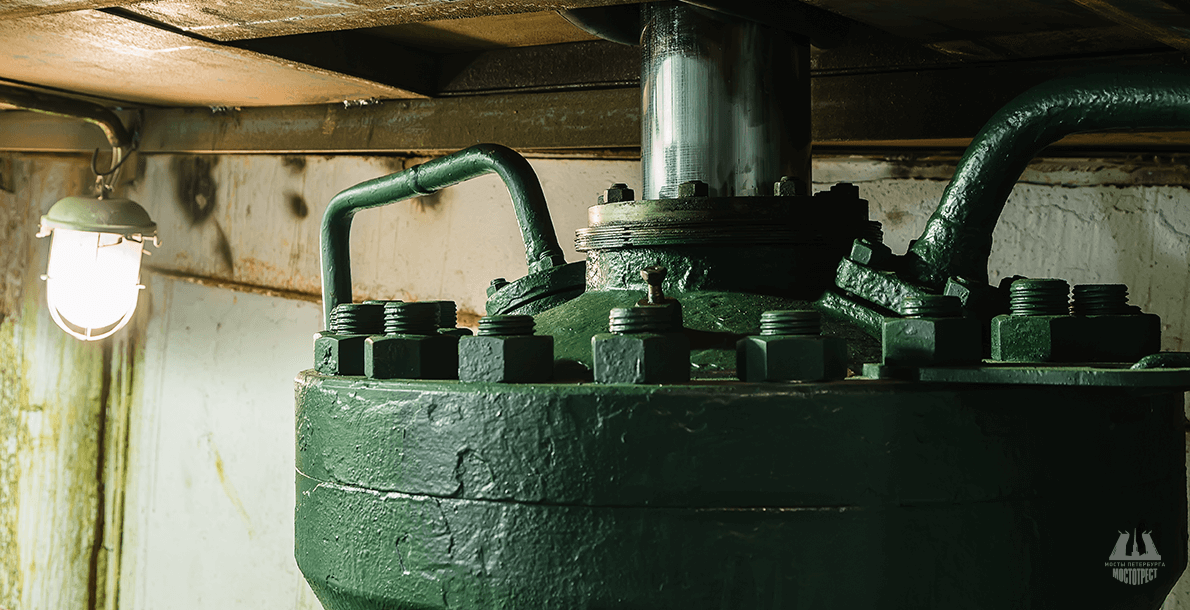 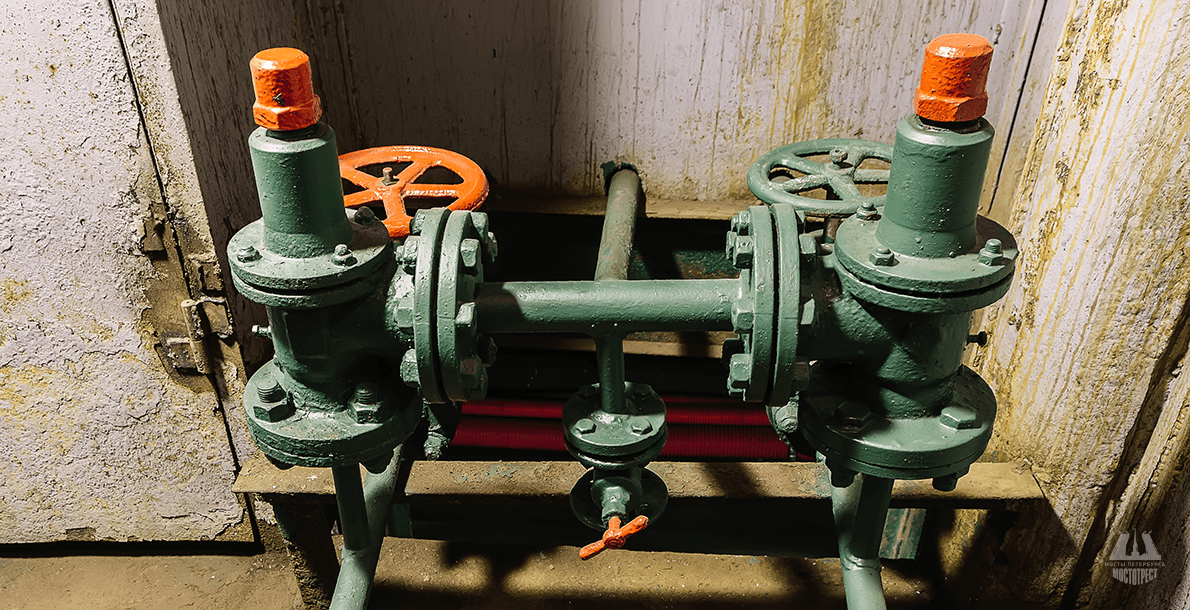 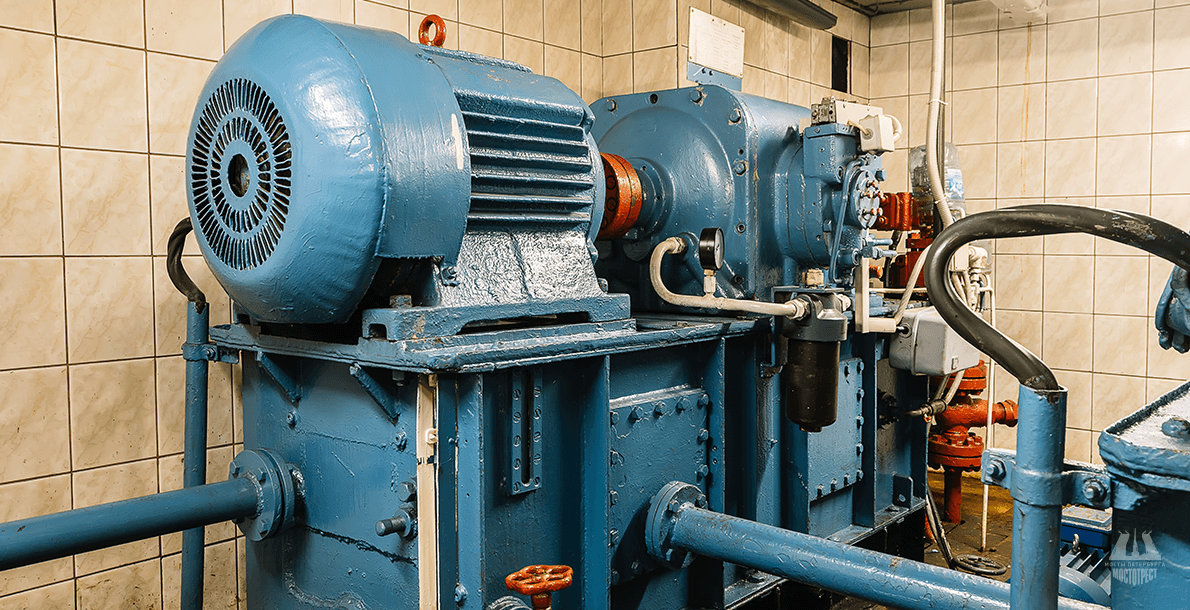 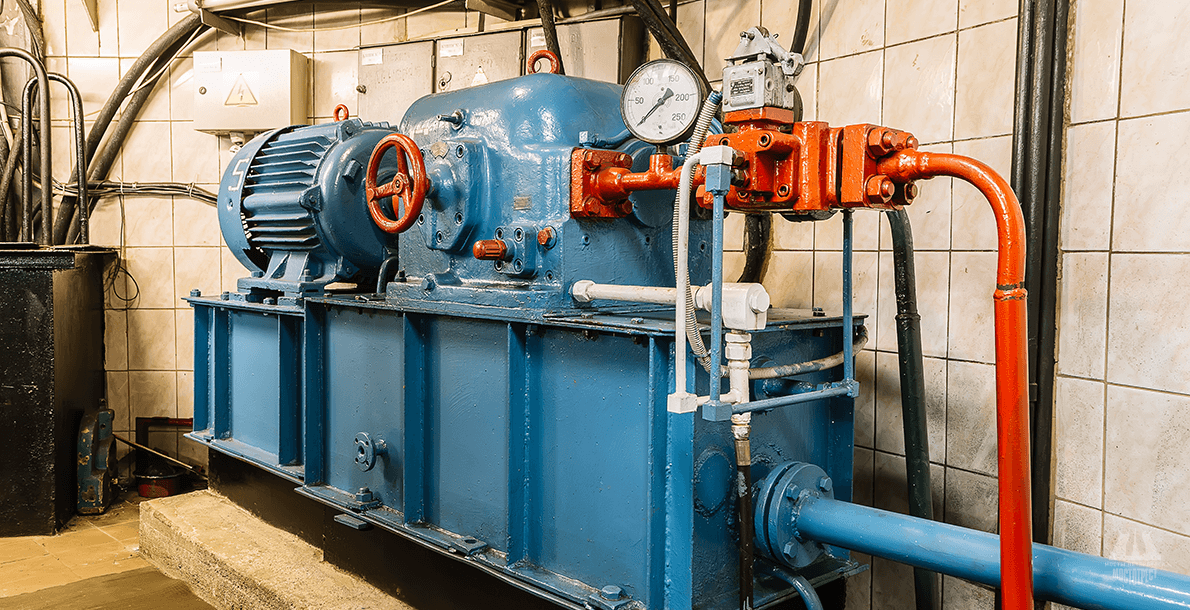 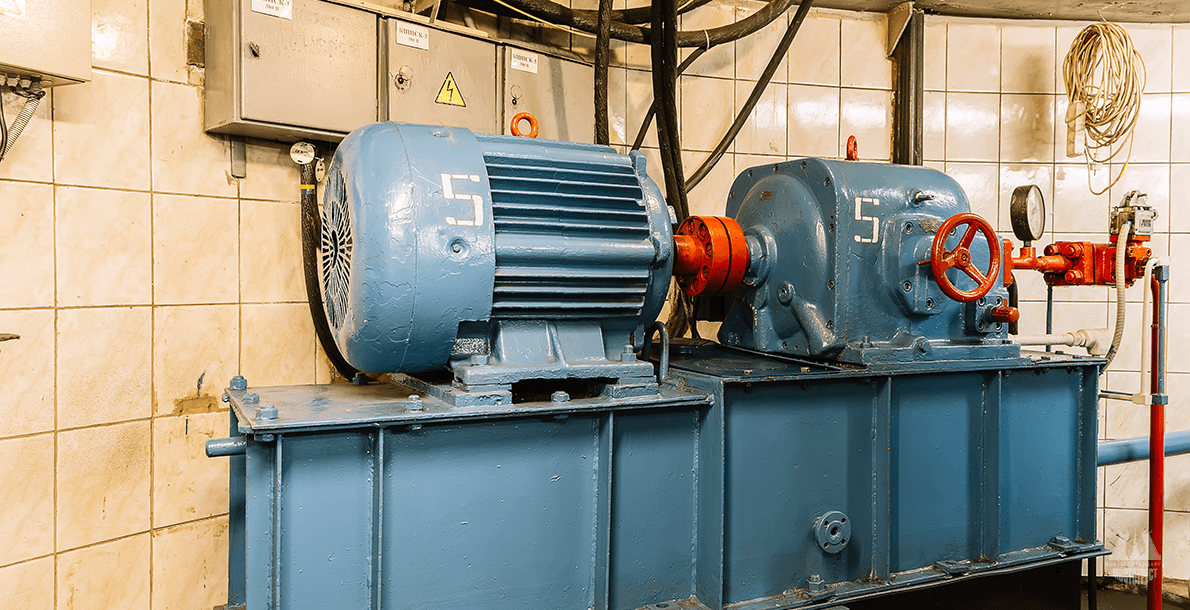 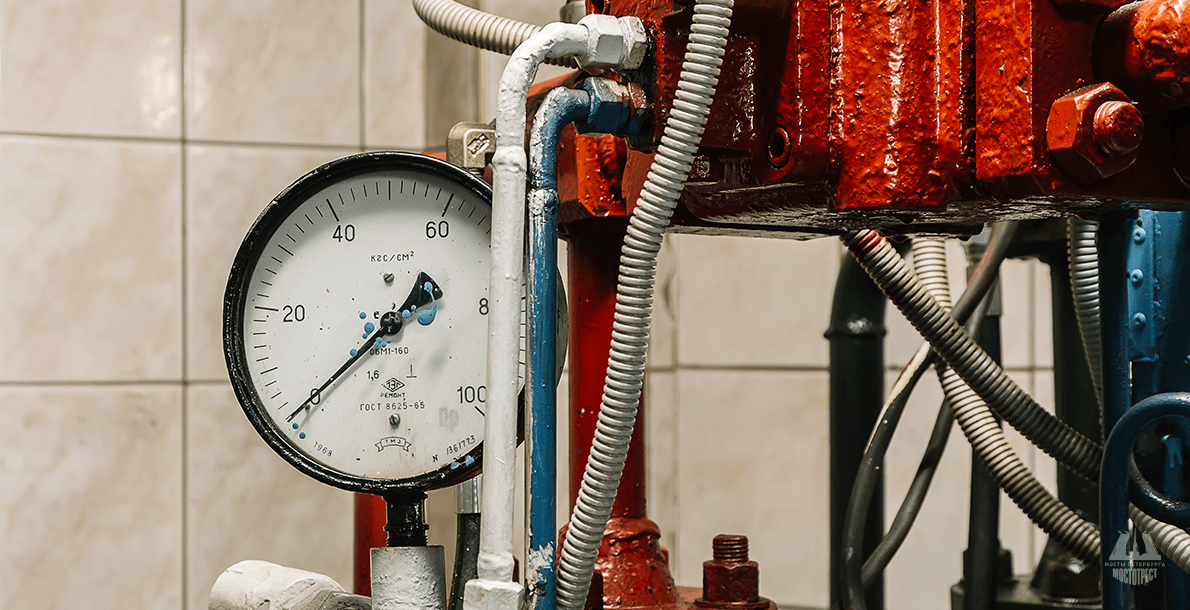 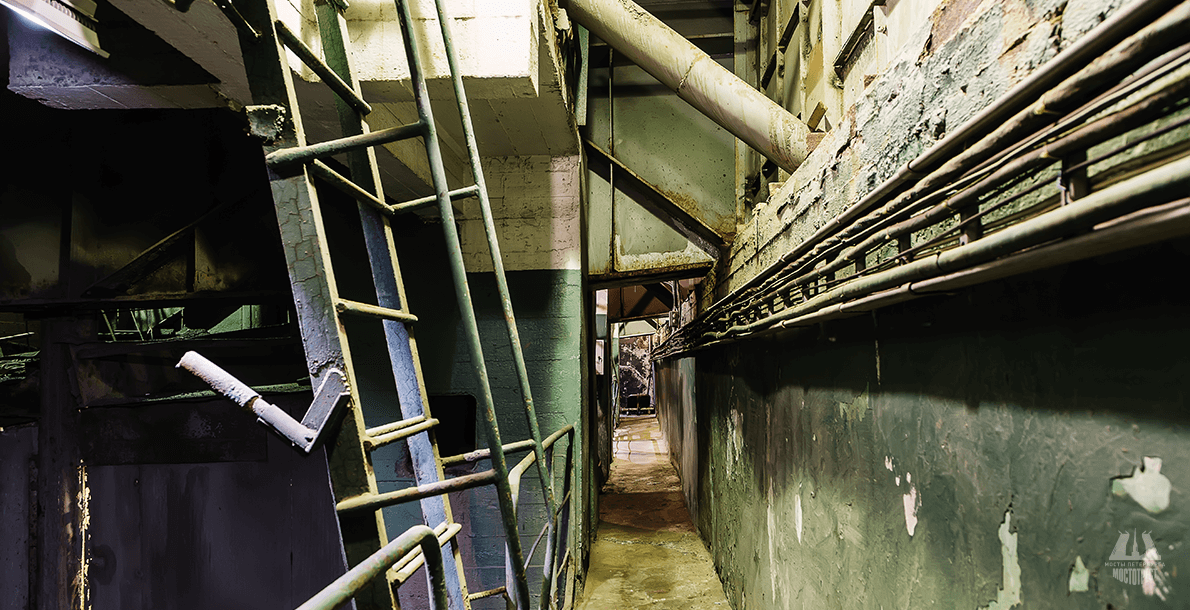 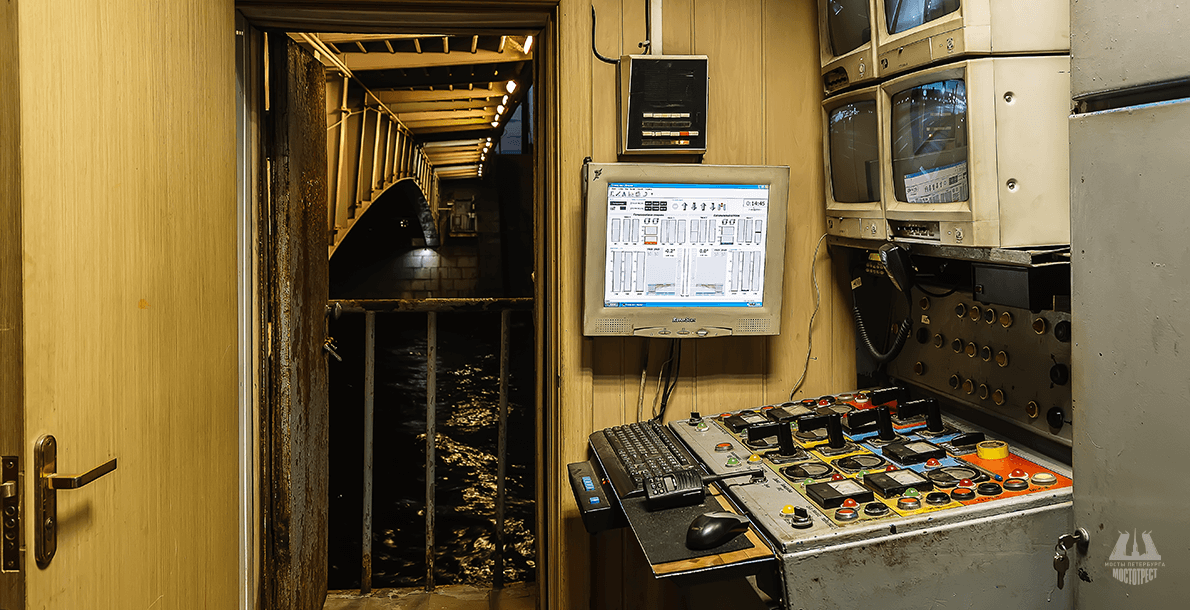 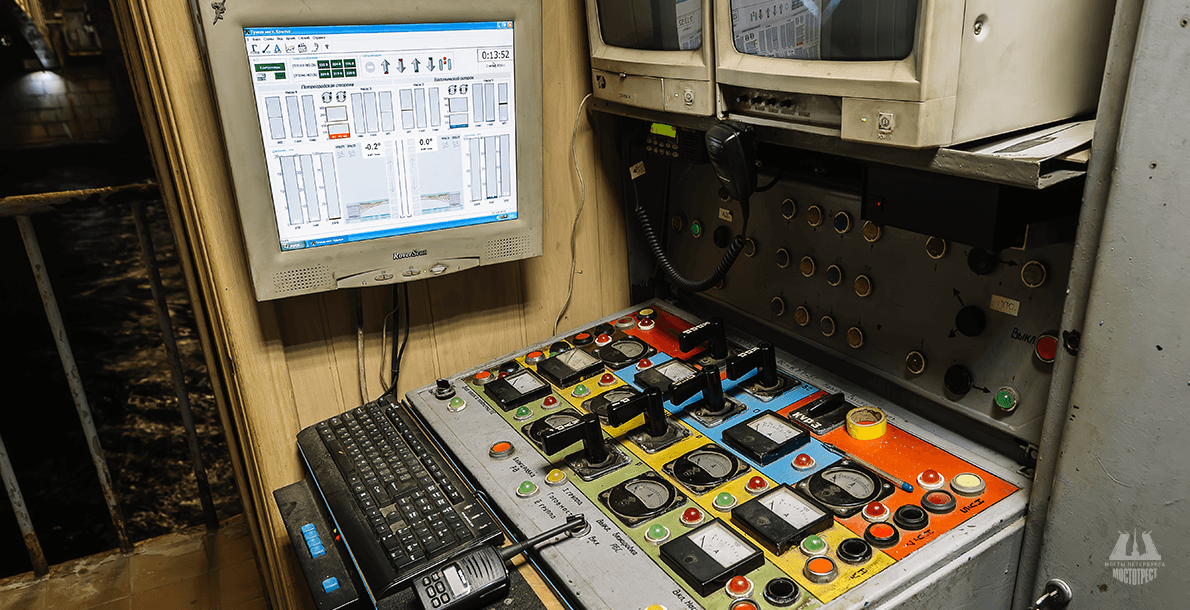 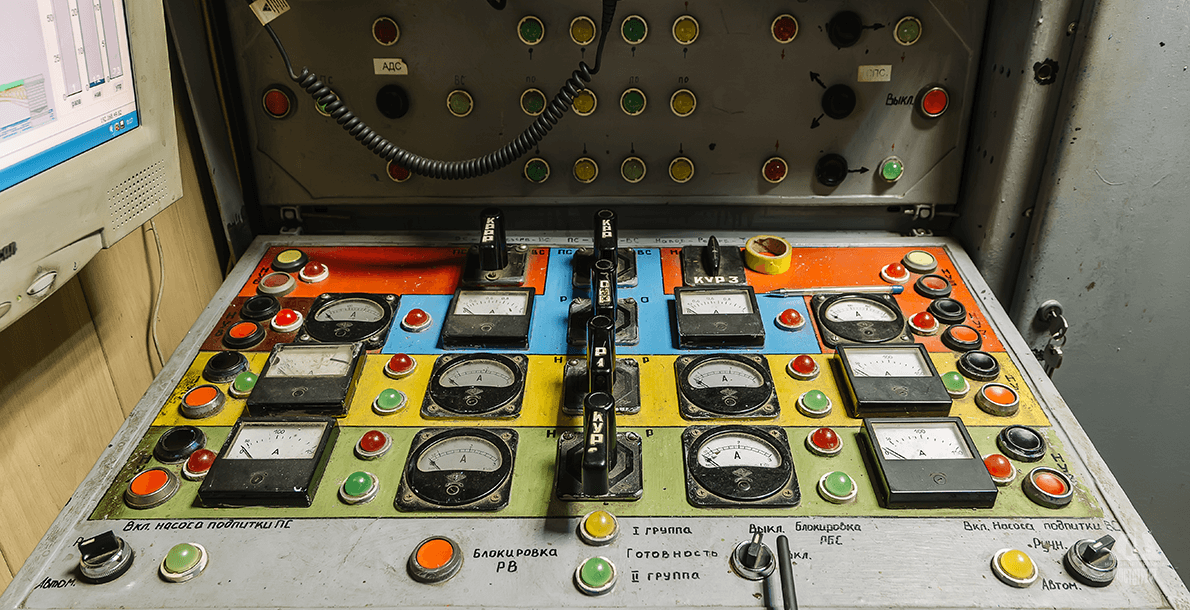 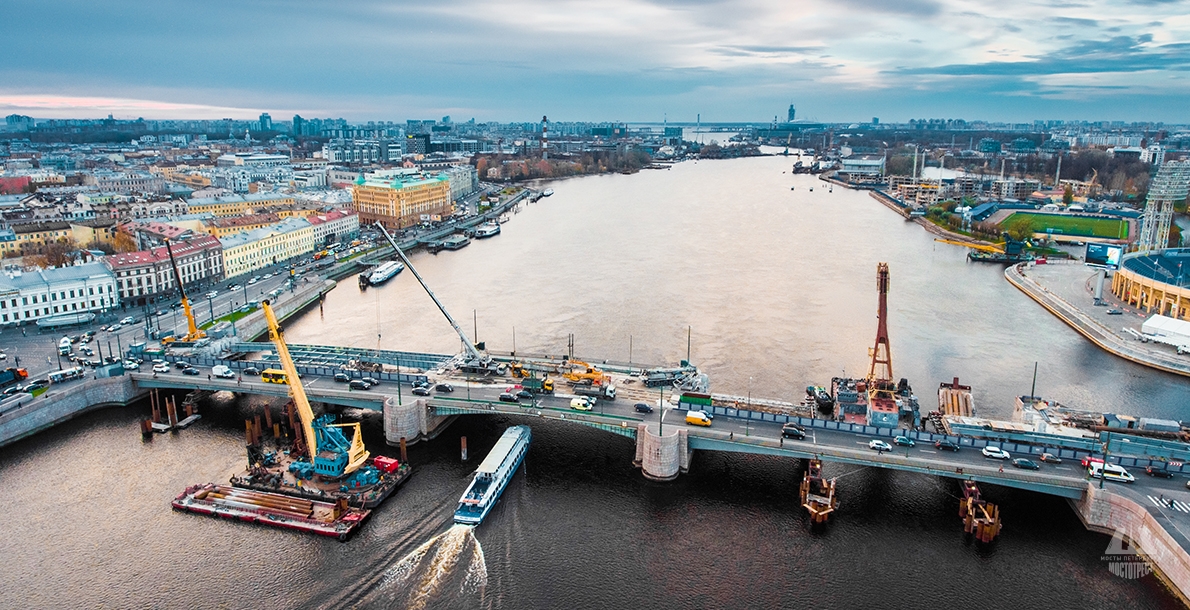 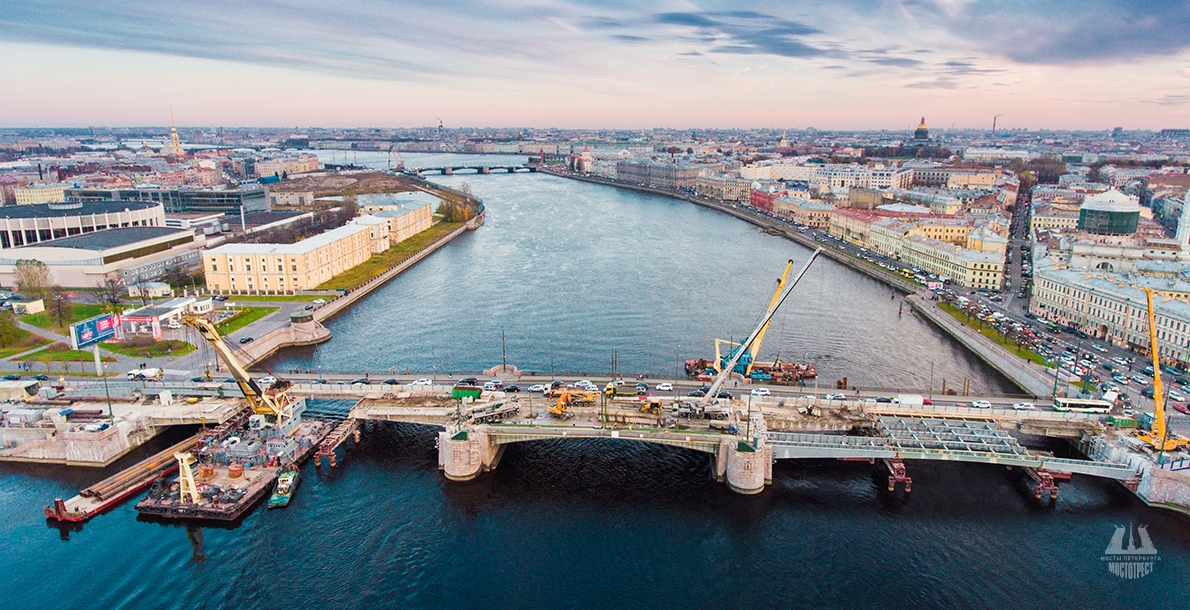 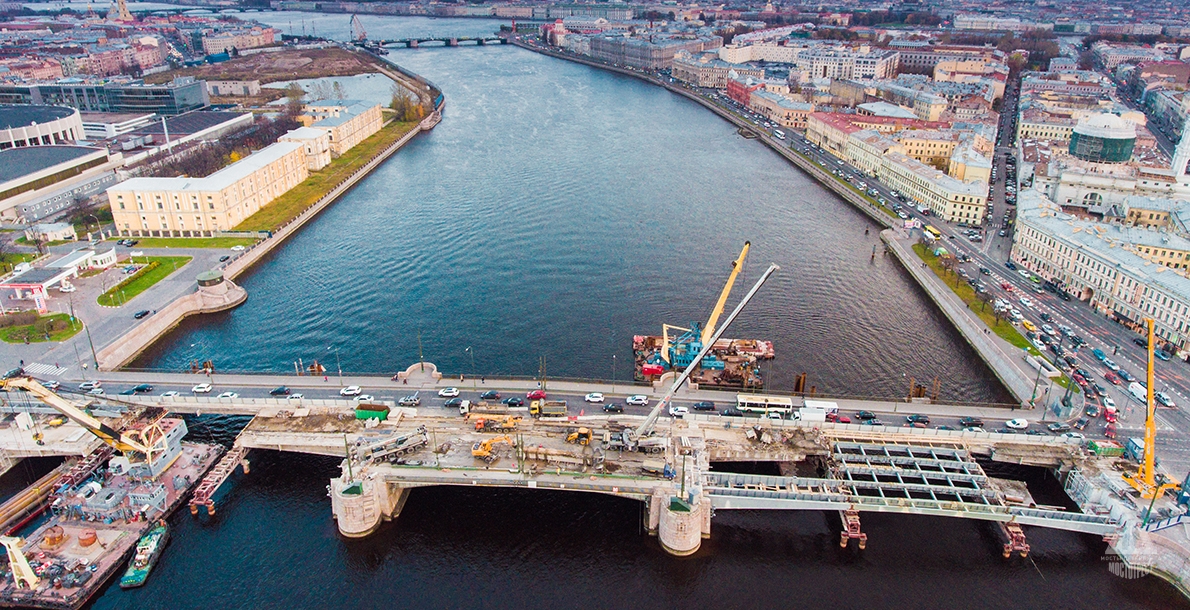 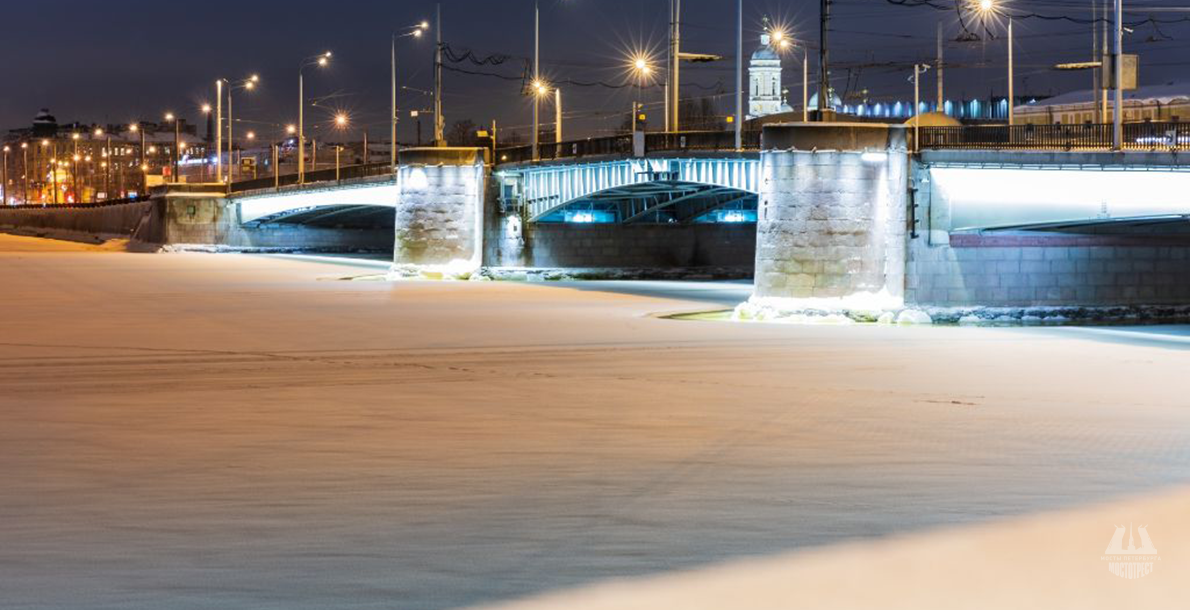 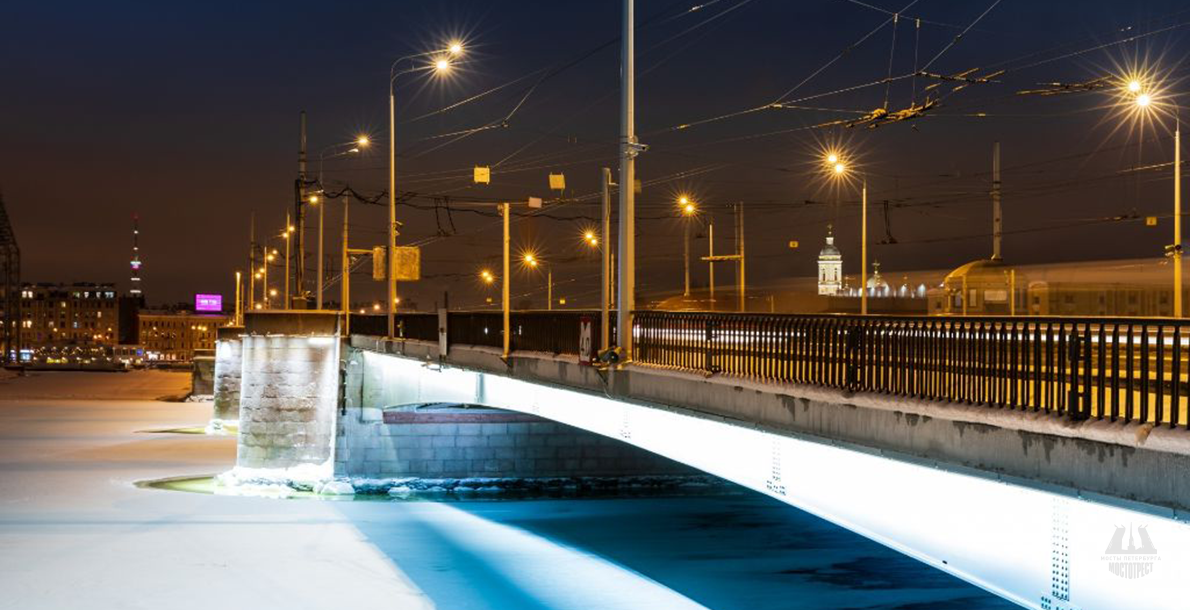 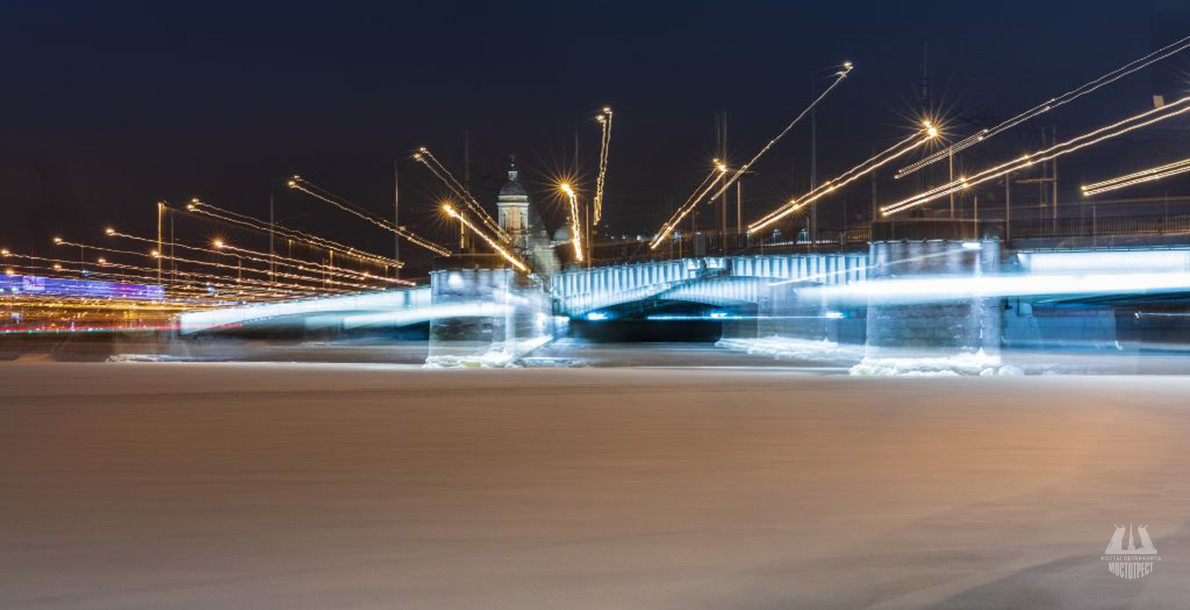 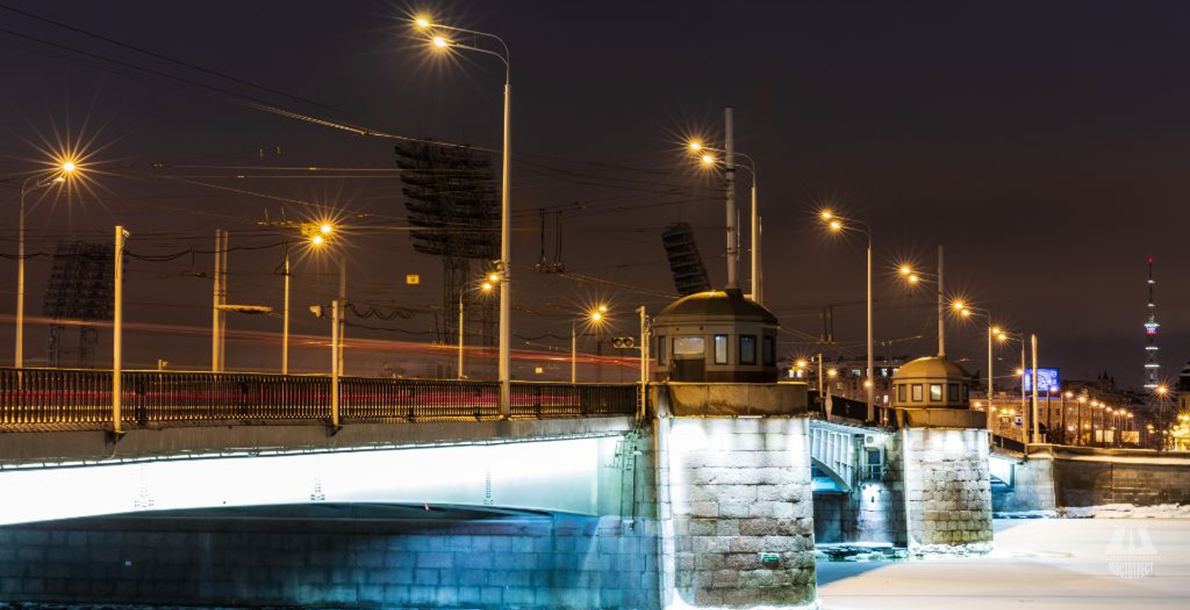 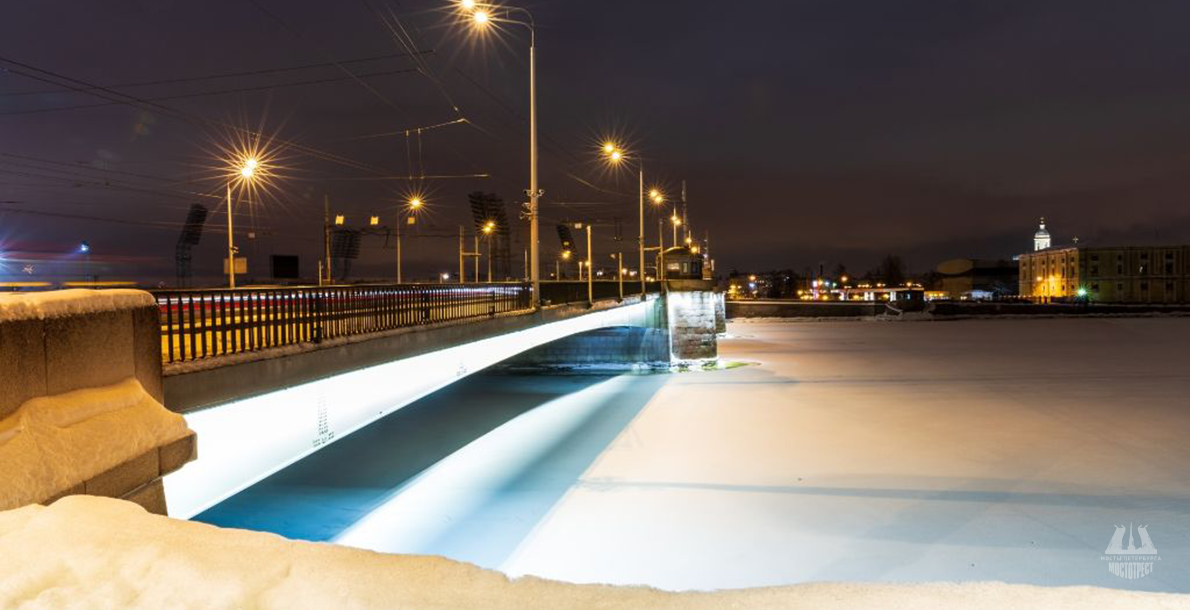 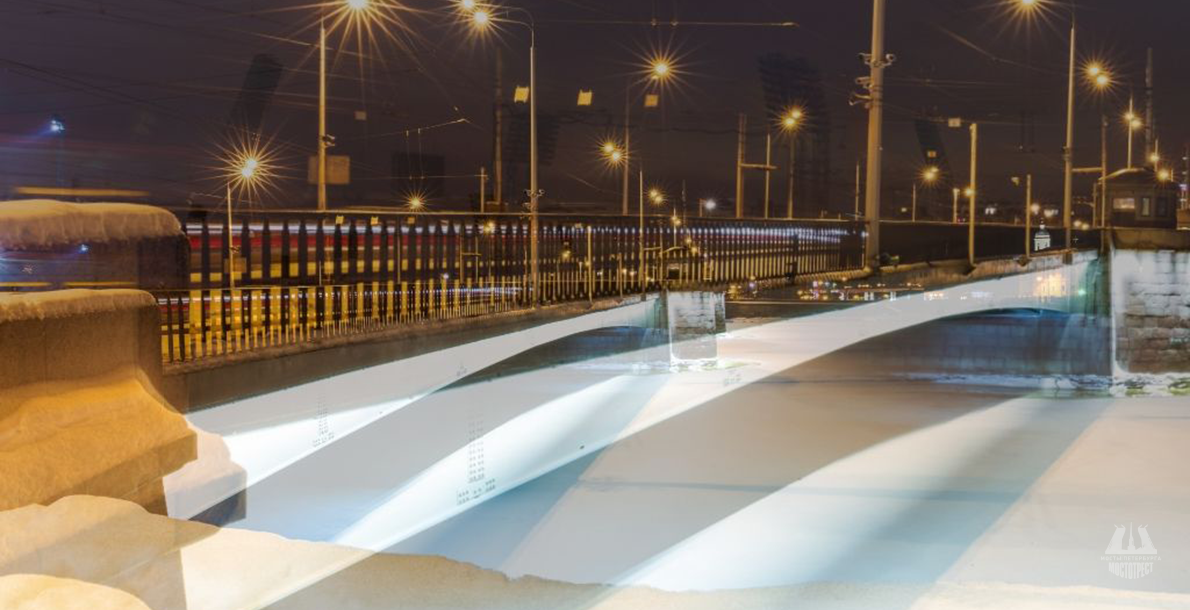 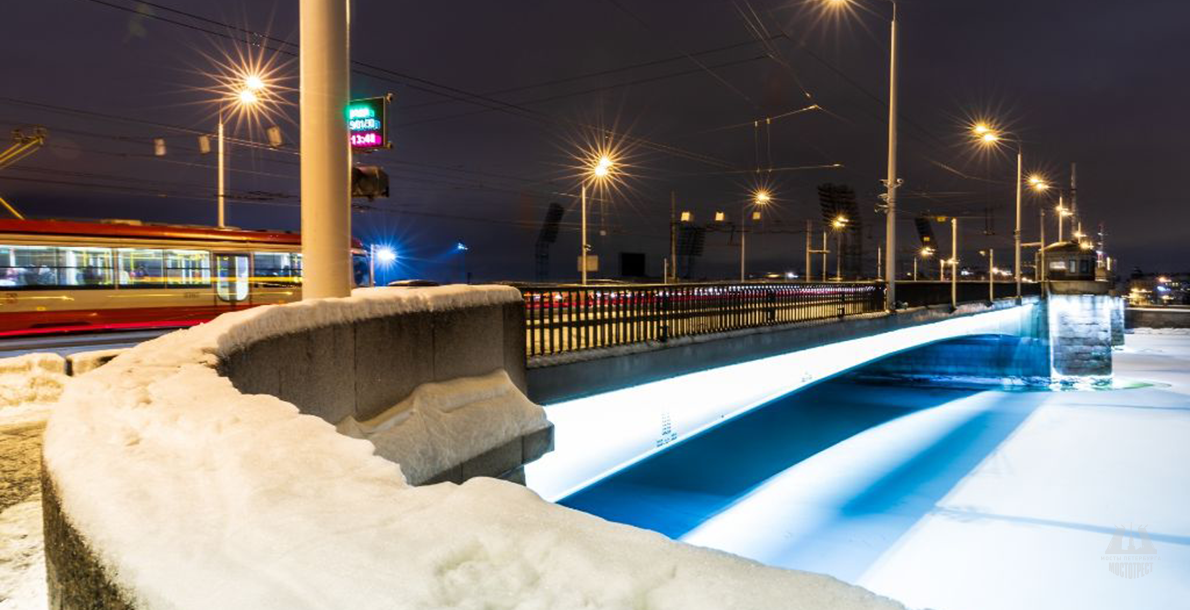 Tuchkov Bridge is located across the Malaya Nevka River in alignment of Bolshoy Prospect of Petrograd Side and the Ist Line and Sezdovskaya Line of Vasilyevsky Island. For a long time the bridges were not built over the Malaya Nevka River because they were an obstacle in the route of ships to a pier of the Commercial port located in the territory of the Spit of Vasilyevsky Island.

For the first time a floating pontoon bridge across the Malaya Neva River was built in 1759. Initially the bridge was named Nikolsky Bridge, and then it was named after its builder, lumber Abraham Tuchkov.

Wooden bridge consisted of 2 parts - a pontoon in the deepest part of the river bed and the piles in the shallows. The bridge was located at the mouth of the river near Penkov Island and Vatny Island, where the warehouses of the merchant Abraham Tuchkova were located. At that time it was the longest bridge in the city - 890 meters.

In the years 1833-1835 floating bridge was replaced by a wooden strut-framed bridge on wooden piling supports with 2-leaf central draw span. The bridge was built in the alignment of Bolshoy Prospekt of the Petersburg Side with the arrangement of earth dam from the Malaya Neva River to the future Alexandrovsky Prospekt (now Prospekt Doprolyubova). A draw span consisted of 4 wooden frames and was raised by means of manual winches. The wooden bridge was repaired several times.

In 1948 during a major repair fixed spans were covered by metal I-beams with longitudinal and transverse piles. Wooden frames in the draw span were replaced by metal ones, and hand winches by electric ones.

In 1962-1965, under the project of engineers V.V. Demchenko and B.B. Levin of Lengiproinzhproject and architects L.A. Noskov and A.P. Areshev a new 3-span concrete bridge with a central draw span was built. The longitudinal axis of the new bridge was shifted downstream per 3 meters from the axis of the previous bridge.

Fixed spans were constructed as suspended span beam system with a suspension in the middle part. The lower chords of consoles and suspension beams have a curved shape. Suspensions based on the consoles embedded in the supports. This superstructure has been applied before Tuchkov Bridge construction on a single-span concrete Krasnogo Kursanta Bridge across the Zhdanovka River in 1962.

There is a hydraulically operated twin-leaf draw span of trunnion bascule system with a fixed axis of rotation, with fixed counterweights.

The bridge railings are welded metal lattice of simple pattern of square section rods set at an angle and intertwined so that they create an unusual three-dimensional picture throughout the bridge. Granite parapets are installed from all 4 sides on the wing walls.

In 2009 asphalt pavement was repaired on Tuchkov Bridge. In 2012, metal counterweights were repaired.

In 2015 it is planned to begin reconstruction of Tuchkov Bridge, which should be completed before the end of May 2018. 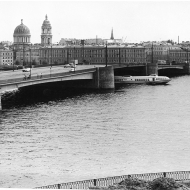 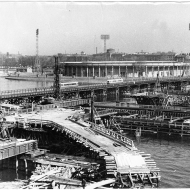 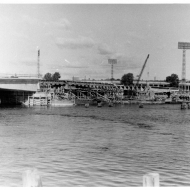 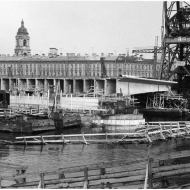 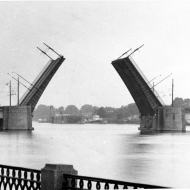 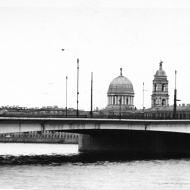