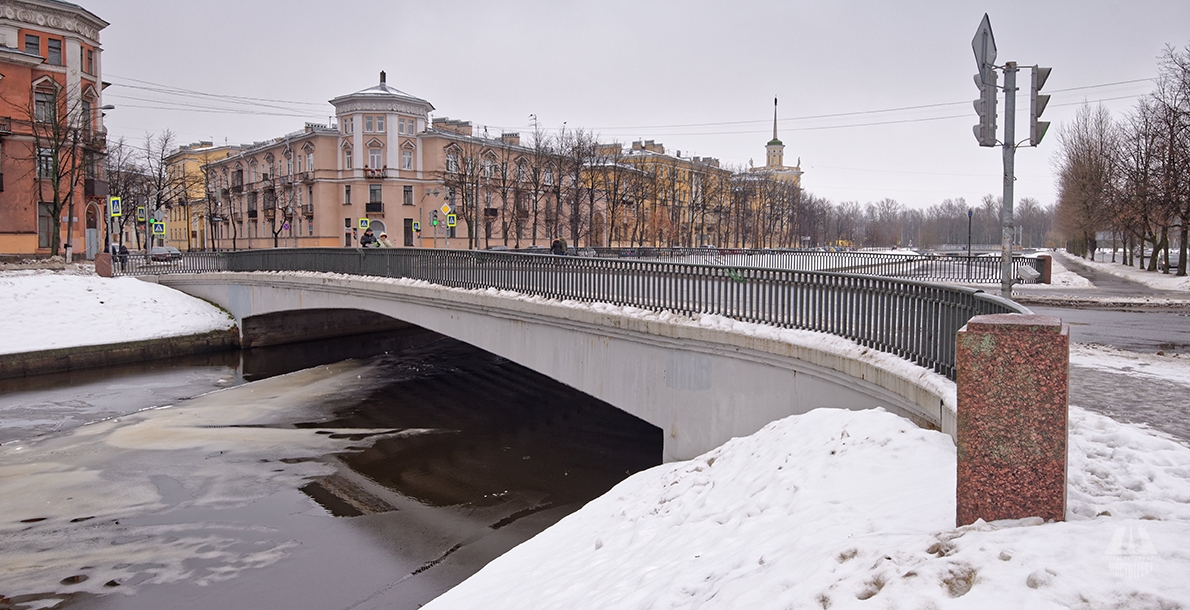 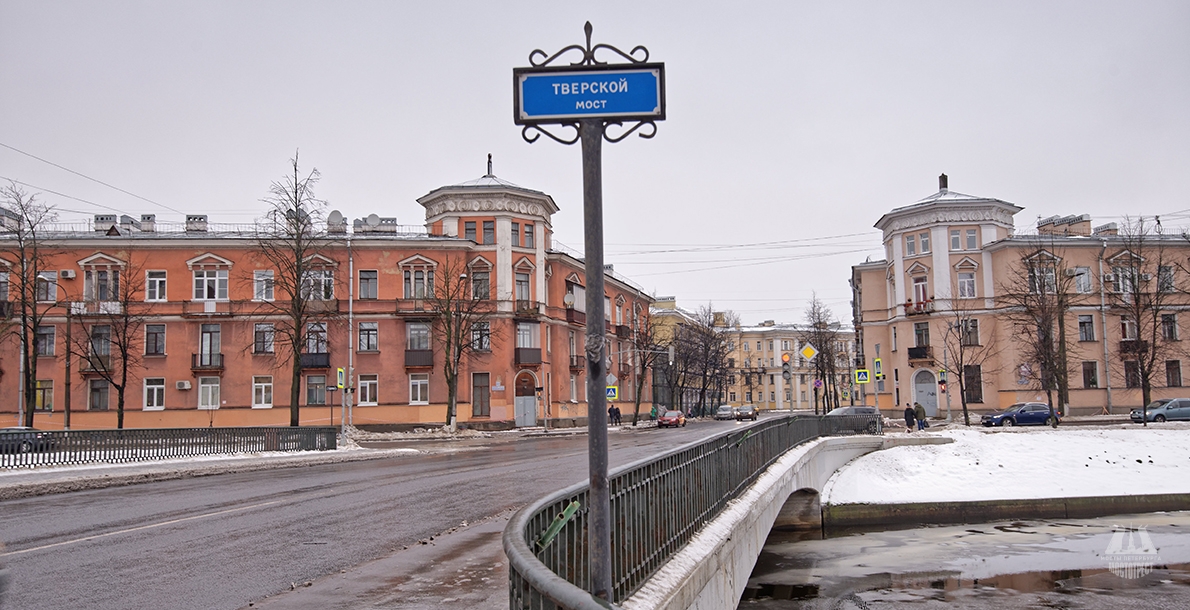 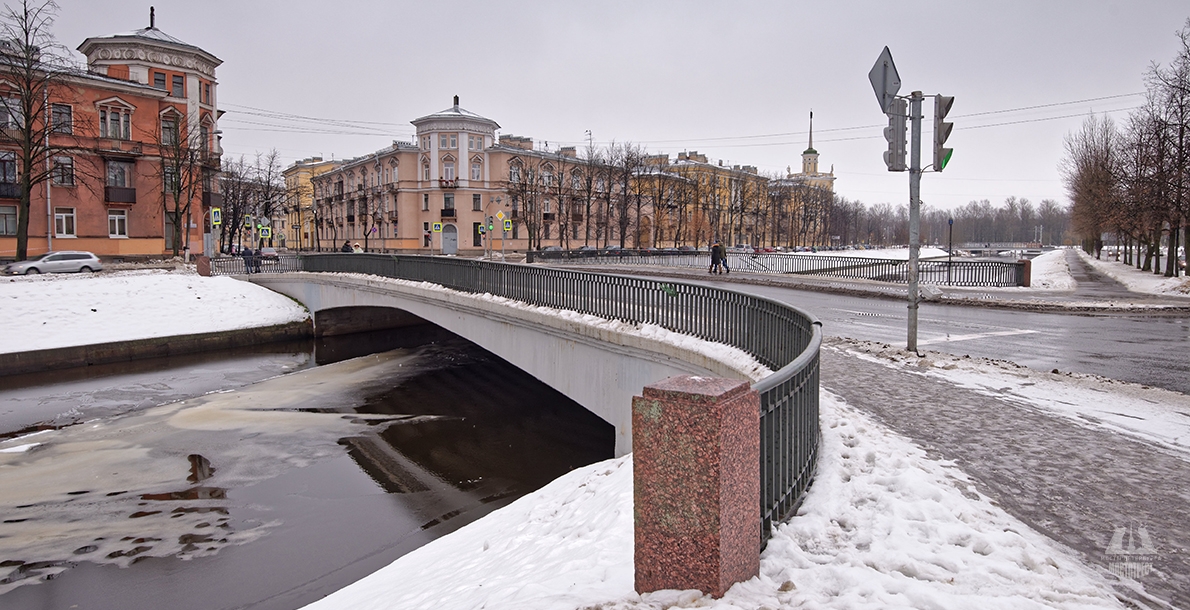 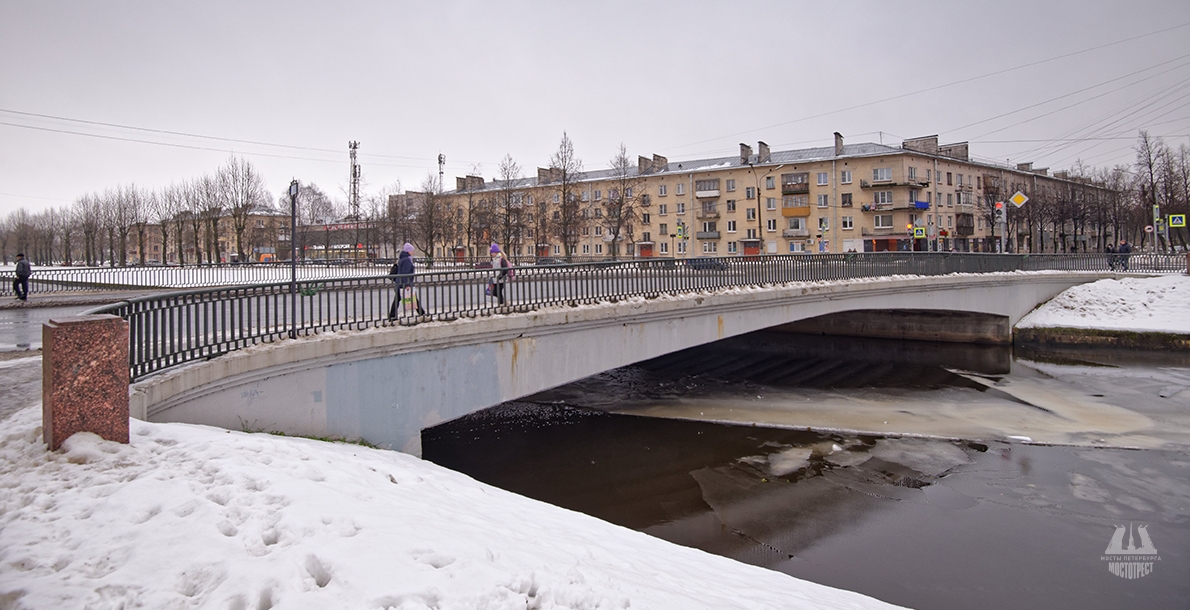 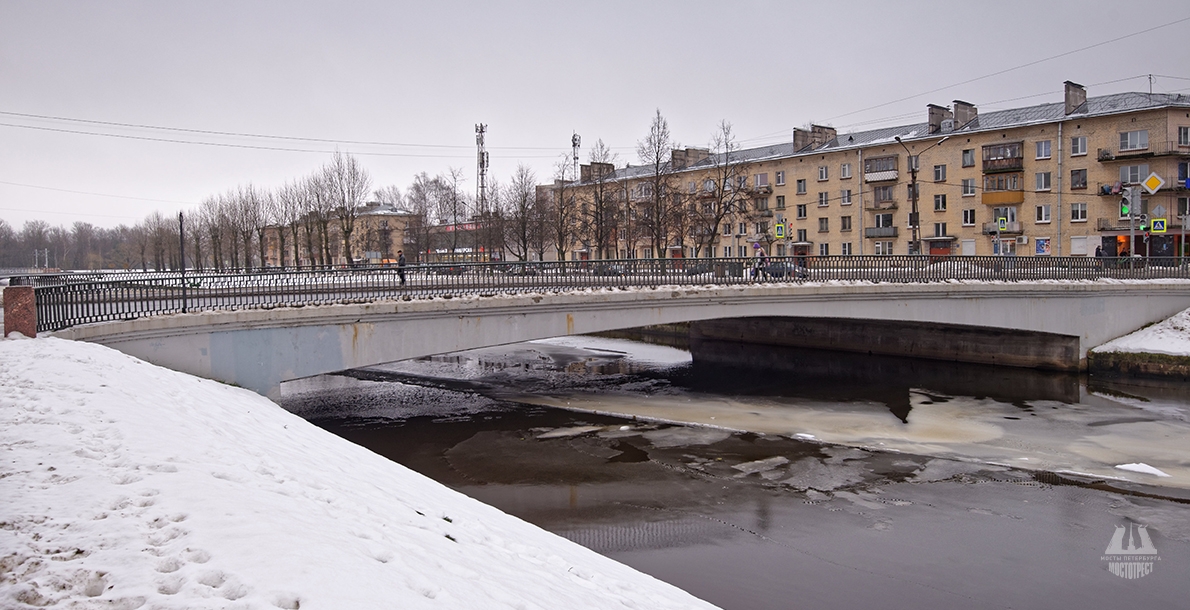 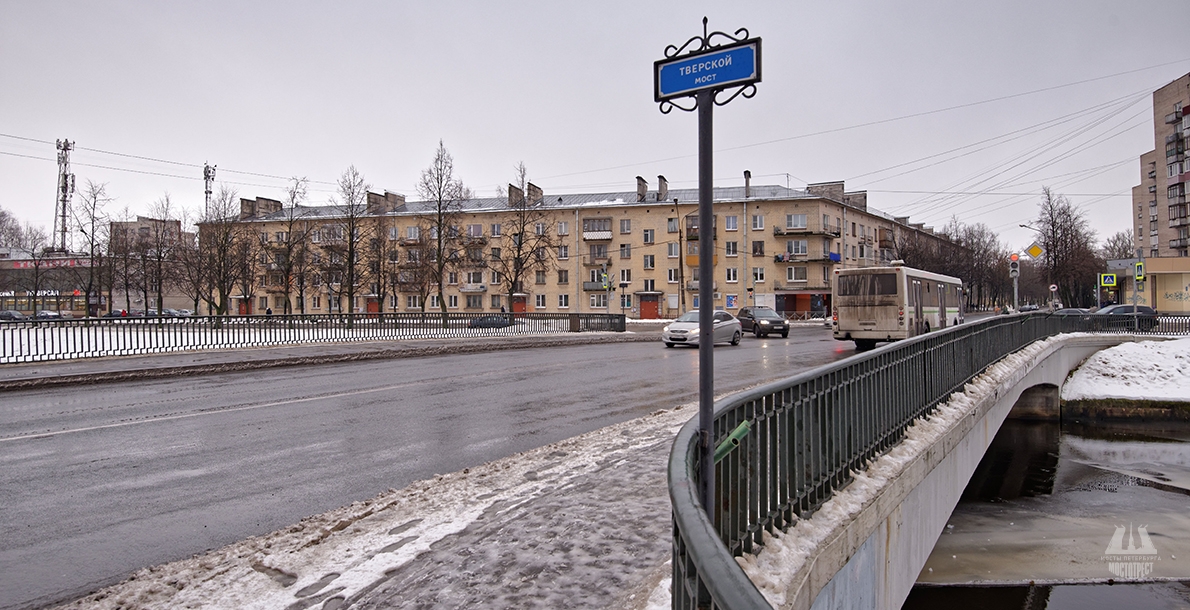 There are metal railings fixed on the ends to the pink granite bollards.

Some sources mention the wooden bridge built in 1888 over the Pryamoy Canal, not far from the railway. Apparently, it was a continuation of Petrovskaya Street and crossed the canal not in the alignment of Tverskaya Street but before her.

The modern bridge was built in the alignment of Tverskaya Street by the efforts of the SU-2 of Trust Lenmostostroy according to the project developed by the Lengiproinzhproject Institute (the author – A.D. Gutzeit).

The bridge was put on the books of the Southern Section of Lenmosttrest from the Road Maintenance Facility of Kolpinsky District and in accordance with the order of the Dormost Administration No.133 dd. 21.09.1977.

In 2015 the major repair of the bridge was performed during which the asphalt concrete pavement of the roadway was replaced.

In some sources you can find the popular name of the bridge – Bankovsky Bridge, from the name of Bankovsky Lane.