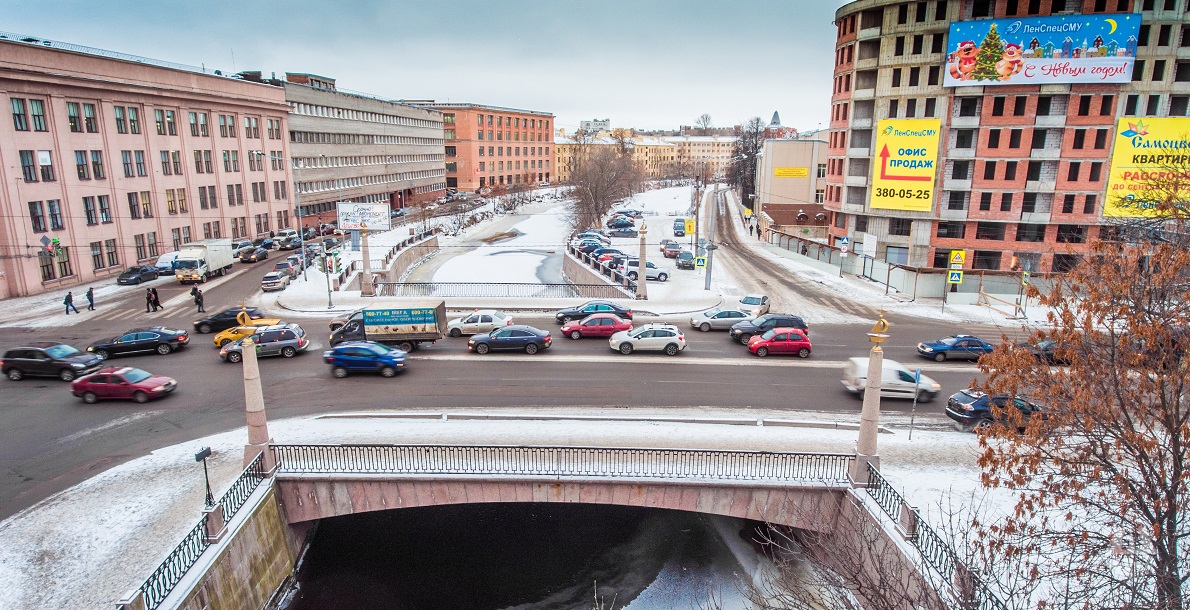 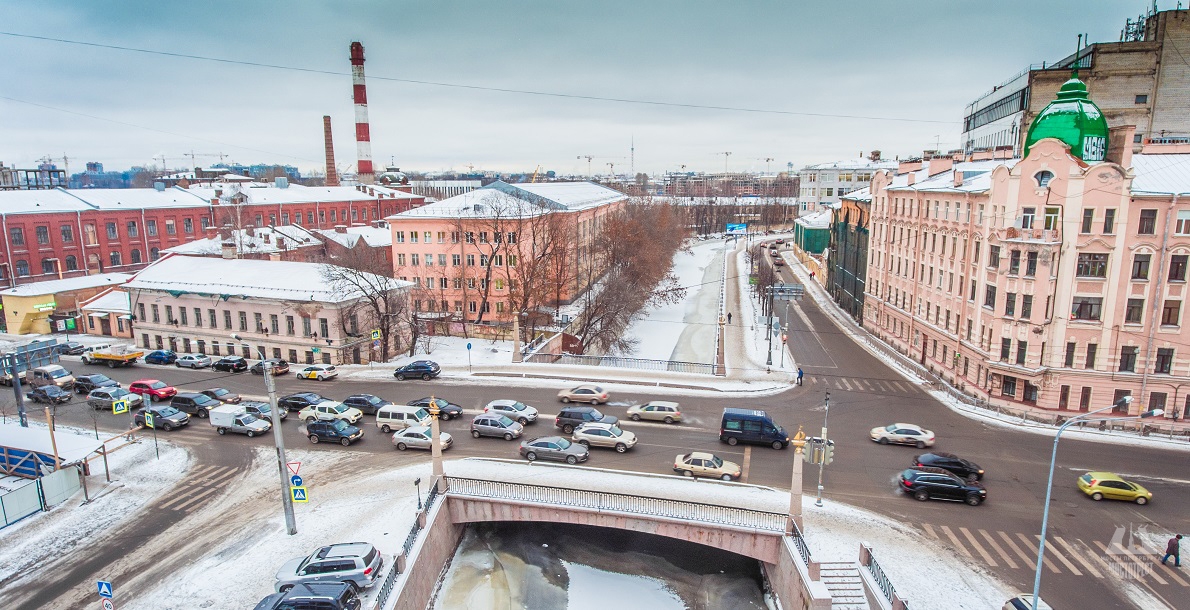 Uralsky is a bridge across Smolenka River in Vasileostrovsky District; it connects Vasilyevsky Island (VI) and Dekabristov Island and is located in the alignment of 8-9 VI lines and Uralskaya Street.

In 1716, first wooden bridge was here; it was constructed across Smolenka River and called Vinny after the name of island located in south-eastern part of Goloday Island (currently, Dekabristov Island). The island called Vinny not because of the word ‘wine’ but because of “guilty’, as convicted people were kept here "by their guilt".

In 1916 the bridge was reconstructed and renamed to Uralsky after the name of street adjoining thereto. Wooden bridge was three-span beam bridge with wooden girders, pile supports and wooden superstructure.

In 1928 the bridge was strengthened for tram passage. Middle span was covered by metallic I-shaped beam and superstructures still remained wooden. Light metallic railing was installed on the bridge instead of wooden. The bridge length was 26.2 meters, and width 22.4 meters.

The bridge abutments are massive ones, made of monolithic reinforced concrete on pile foundation and faced with granite. Metallic railings of a simple pattern are installed on the bridge. Granite obelisks with tops of copper gold-plated ships are installed on entrances.

The roadway is covered with asphalt concrete pavement; sidewalks – with sand asphalt. The sidewalk is separated from the roadway with granite fence. Granite stair descent is installed from lower part of the bridge on left bank of the Smolenka River.

In 2002 tram traffic has stopped on the bridge; tram ways were disassembled and roadway was restored.

By 2018, due to commissioning of new bridge across Serny Island, Uralsky Bridge will become a part of a road, whereon one can relocate from Vasilyevsky Island to Petrov Island and further to Petrogradskaya Side and Krestovsky Island within a short time.