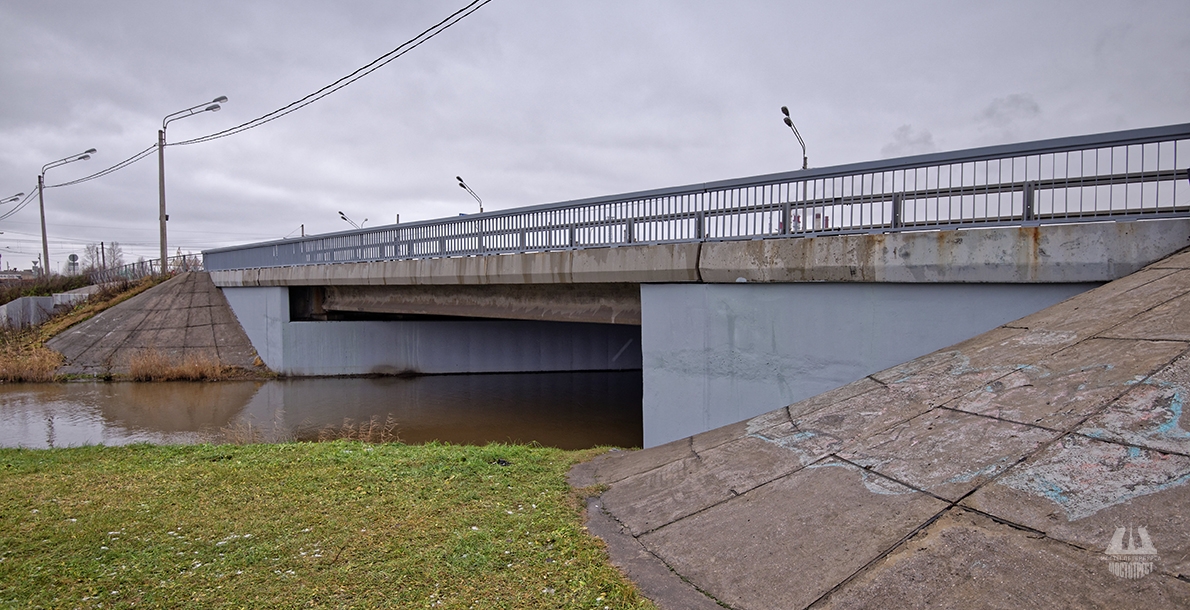 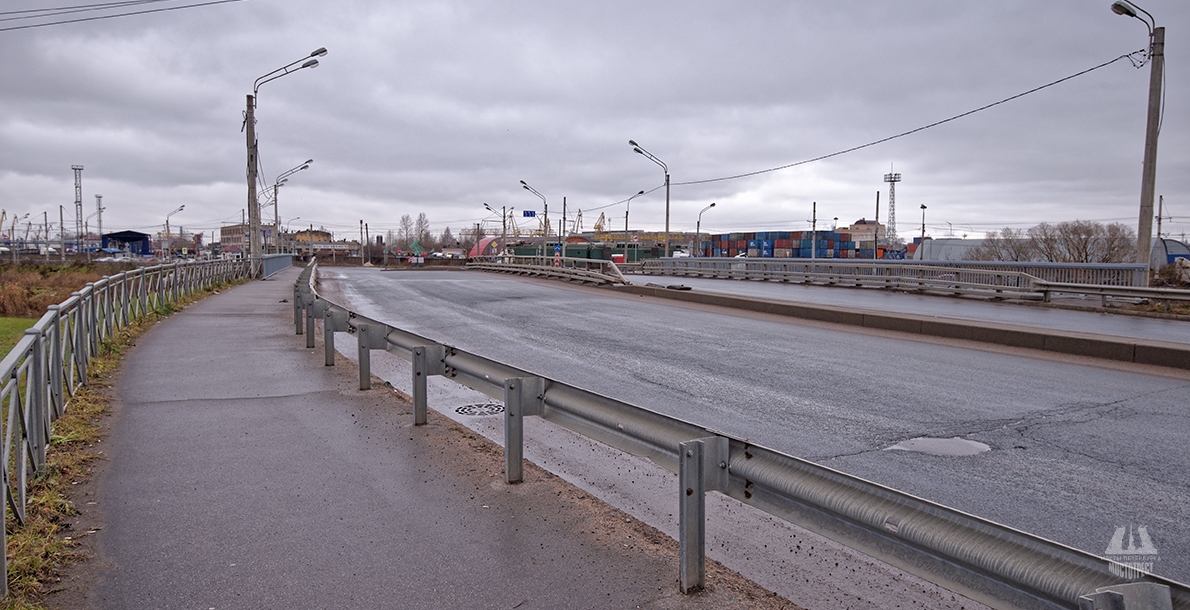 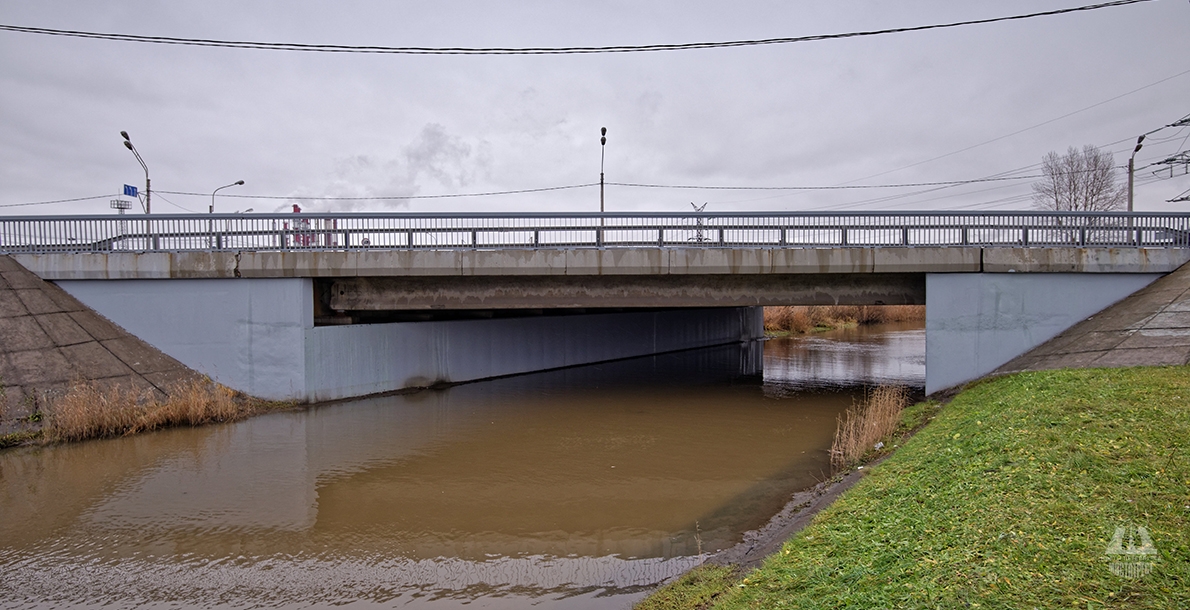 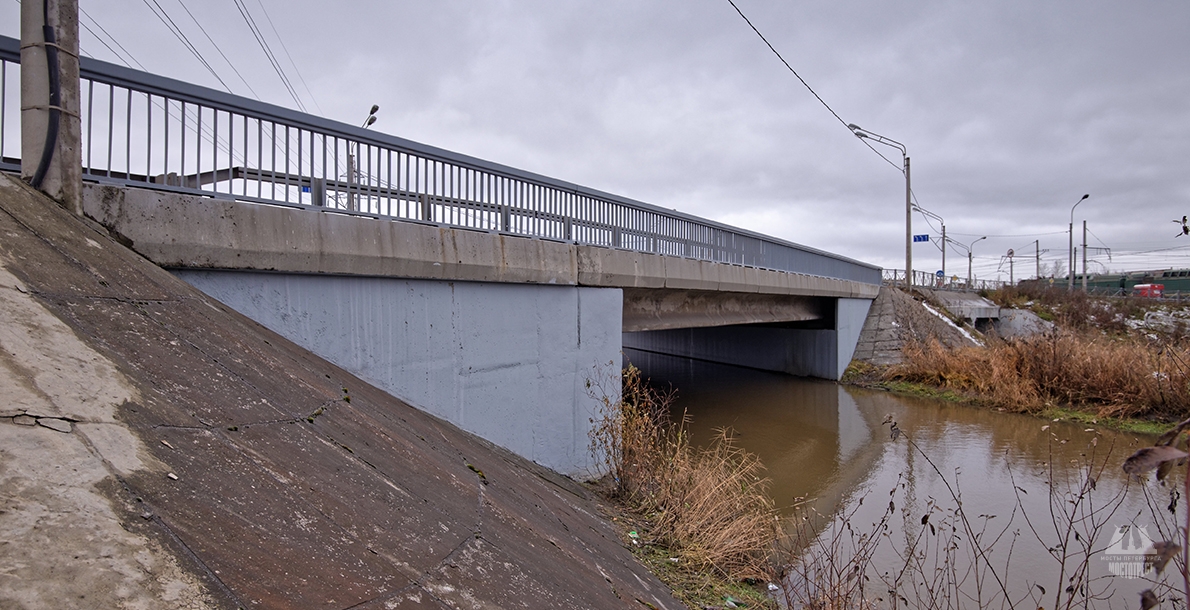 Ugolny (Coal) Bridge is a car and pedestrian bridge across the Krasnenkaya River and the Canal parallel to it in Kirovsky District of St. Petersburg. It is located in the alignment of Morskoy Pekhoty Street and connects this street with the Road to Coal Harbour.

The construction of Ugolny Bridge began in 2007 within the framework of project on heavy truck traffic mitigation from the port area to the side of the Western High Speed Diameter. In March 2008 the bridge was commissioned.

On August 14, 2008 the name Ugolny (Coal) Bridge was assigned officially to it from the name of Coal Harbour.

The length of Krasnenkaya River is of 5.4 km. It flows in the south-western part of St. Petersburg in the historic district Avtovo. The river runs through the industrial area along Krasnoputilovskaya Street, on the territory of Krasnenkoye cemetery, and then parallel to the Road to Coal Harbour. The river mouth is located in the south-eastern part of the Neva Bay near South Lakhta Sandbar.

The Road to Coal Harbour is a passage in Kirovsky District of St. Petersburg, which runs from Stachek Prospect to the Sea Port of St. Petersburg. This name - the Road to Coal Harbour - is known from the 1930s. In 2009 just after the construction of Ugolny Bridge, the road began to have a comfortable connection with the parallel Morskoy Pekhoty Street.