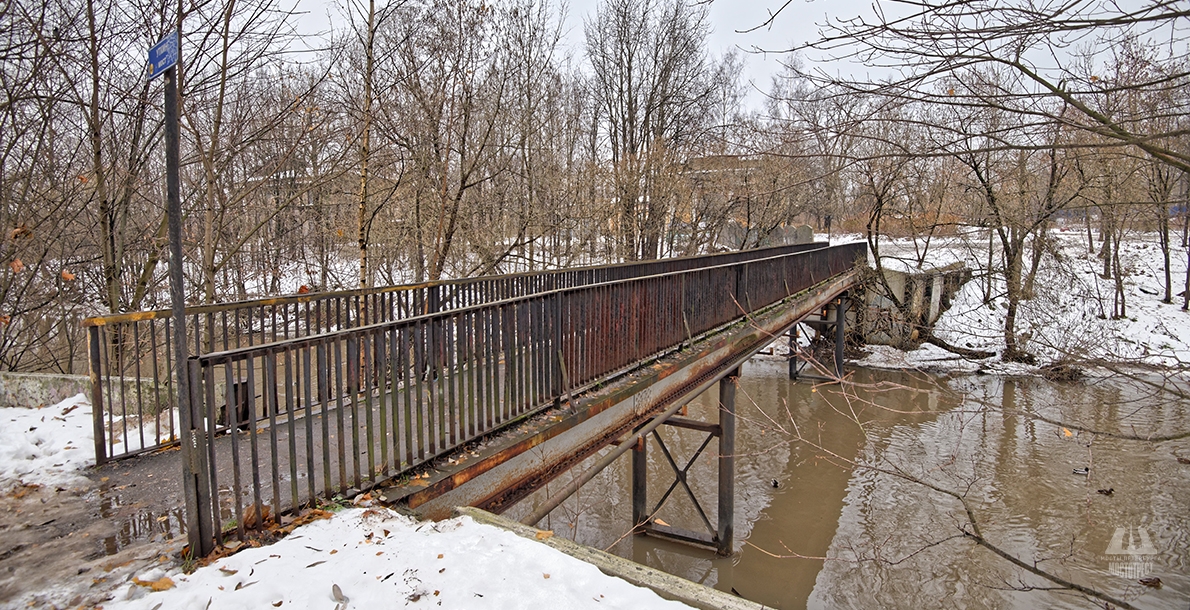 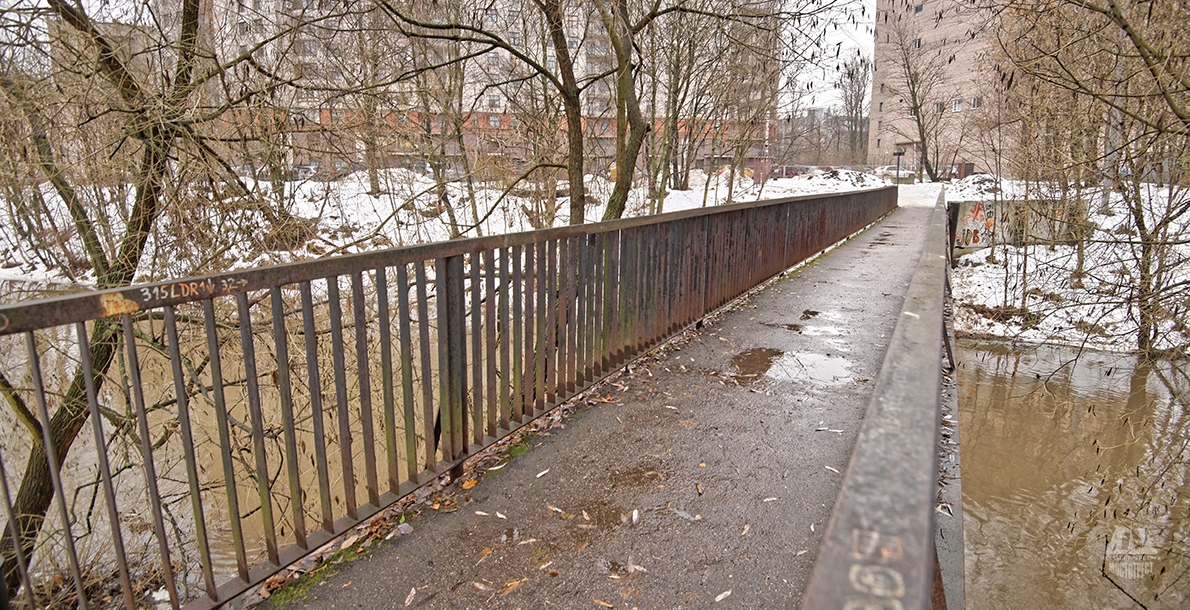 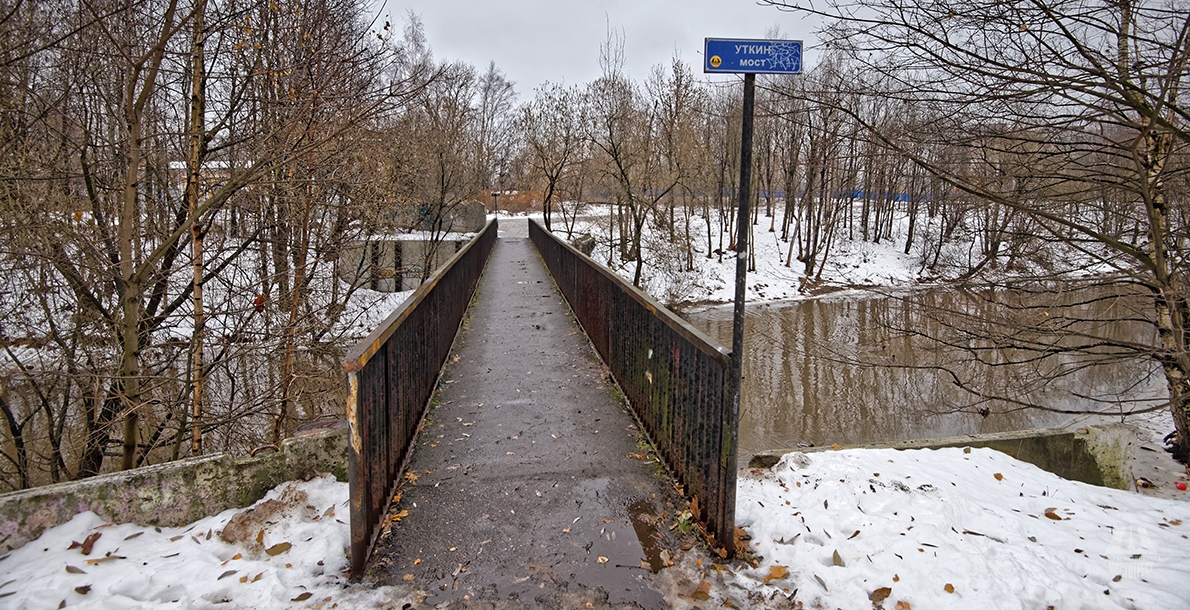 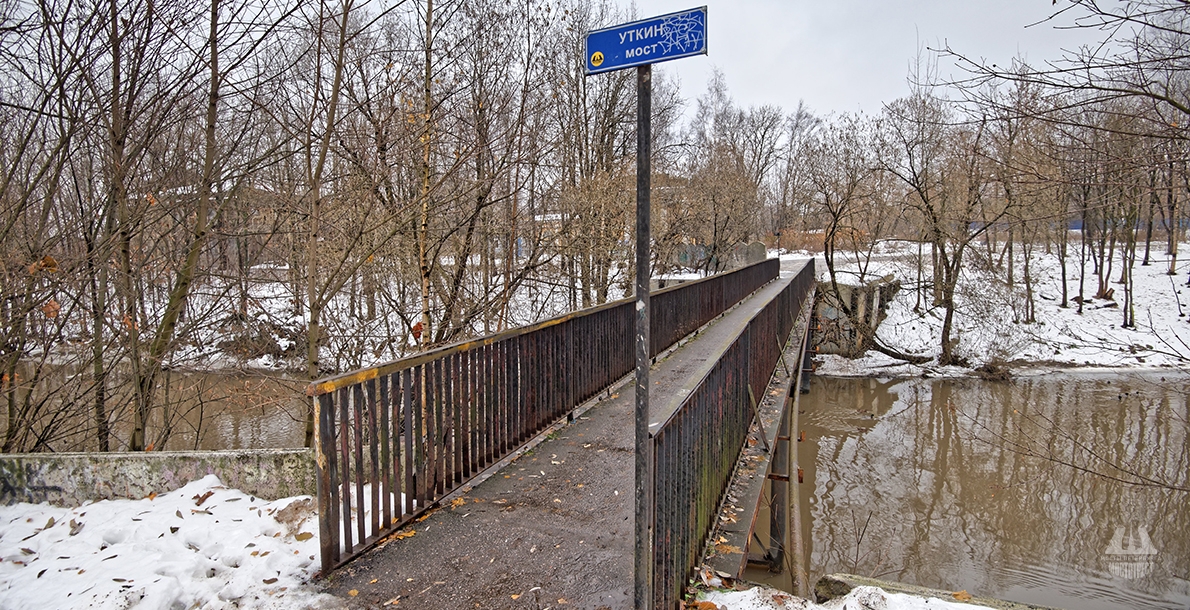 Utkin Bridge spans the Okkervil River in its confluence with the Okhta River. It is located in the alignment of the Respublikanskaya Street (former Utkin Prospect). The street, in turn, was so named due to the fact that a conciliator (official resolving conflicts between peasants and landowners) V.I. Utkin’s cottage was placed nearby.

The Okkervil River - the left tributary of the Bolshaya Okhta River - received its name by the name of a Swedish colonel Okkervil - owner of the land located near its mouth.

Construction of Utkin Bridge dates from the beginning of the XX century, this is the first bridge structure which was spanned over the Okkervil River.

Until 1917 there were two bridges - Utkin and Yablonovsky (excluding Finland Railway Bridge) - over the Okkervil River on the territory of the Malaya Okhta District. For a long time these bridges were outside the boundaries of the city, and then they were put on to Lenmosttrest books.

In 1933 Utkin Bridge represented a five-span wooden beam bridge. The superstructure consisted of wooden girders. The abutments, superstructure and railing were wooden too. The bridge length was 33.4 meters, and its width is 8.5 meters. The wooden bridge was repaired several times.

In 1950 the bridge was repaired with replacement of wooden girders by metal beams. Abutments, supports, superstructure and railings still remained wooden. The bridge length was 31.2 meters, and its width is 8.5 meters.

In 1994, under the project of engineer V.I. Feldman of Municipal Enterprise Lenmosttrest, the wooden road bridge was rebuilt in a pedestrian three-span metal simple bridge with a continuous orthotropic plate on the sidewalk.

Sand asphalt pavement on orthotropic slab is laid on the sidewalk. Metal welded railings of a simple pattern are installed on the bridge.