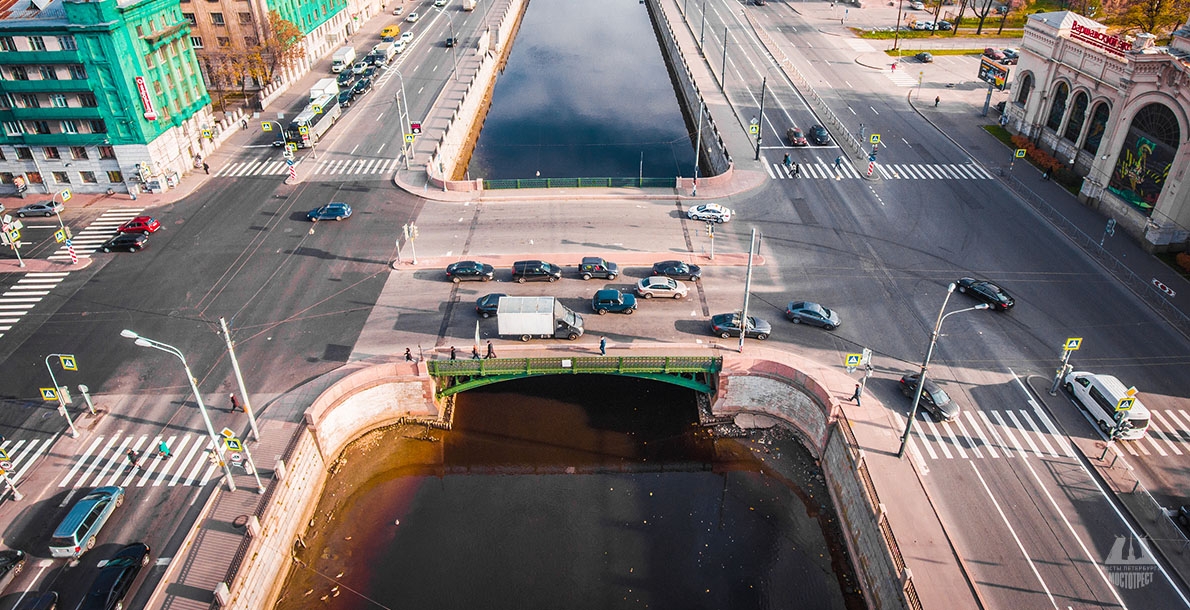 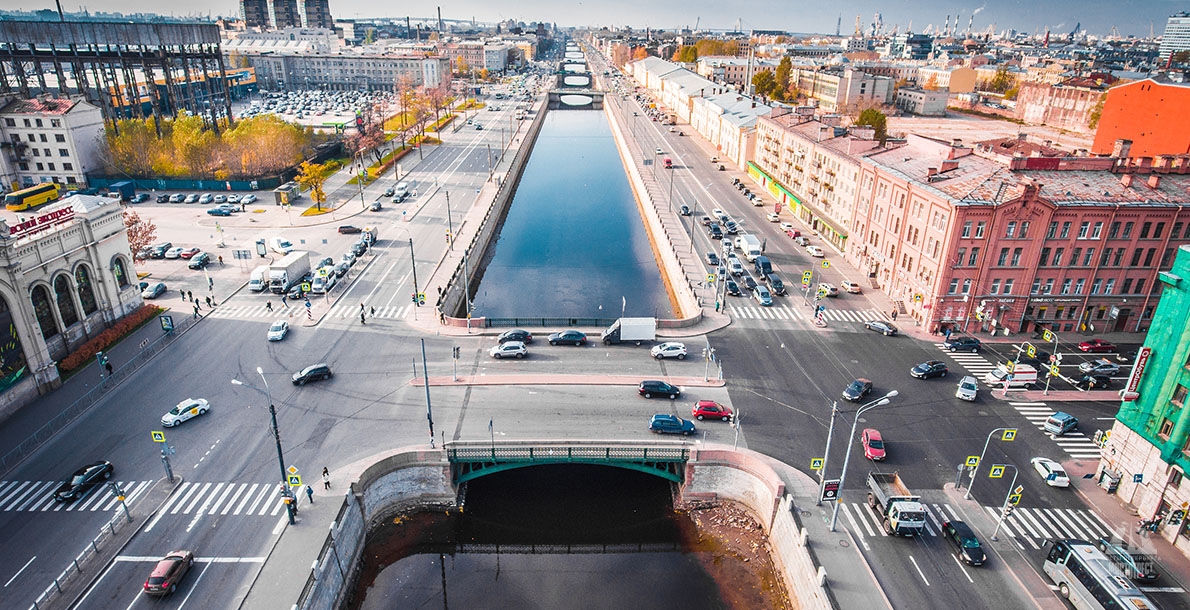 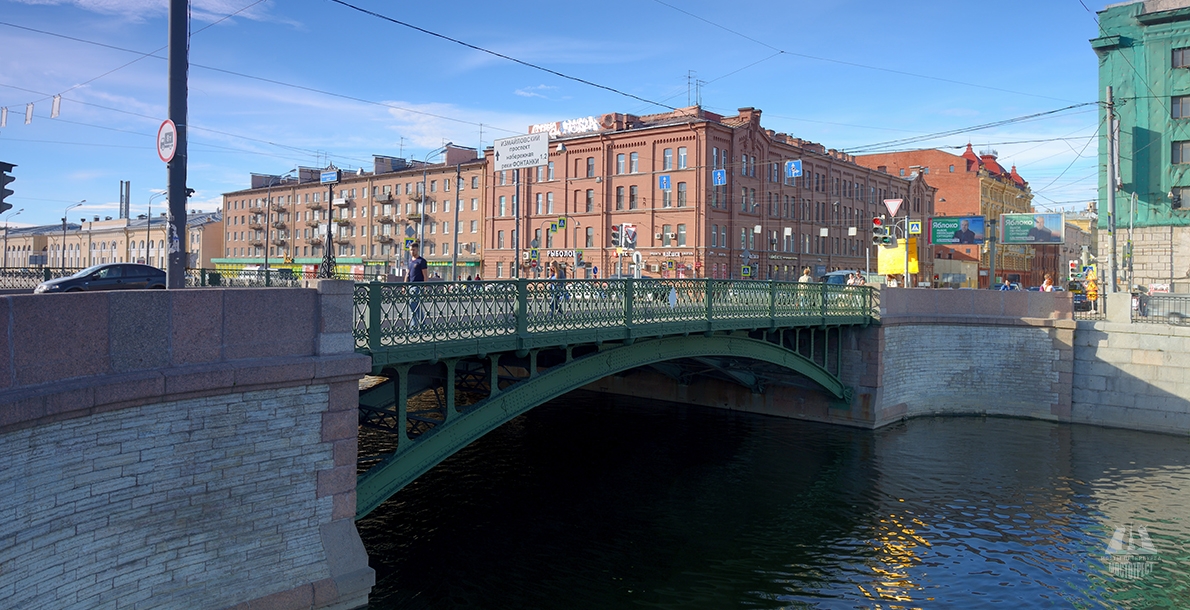 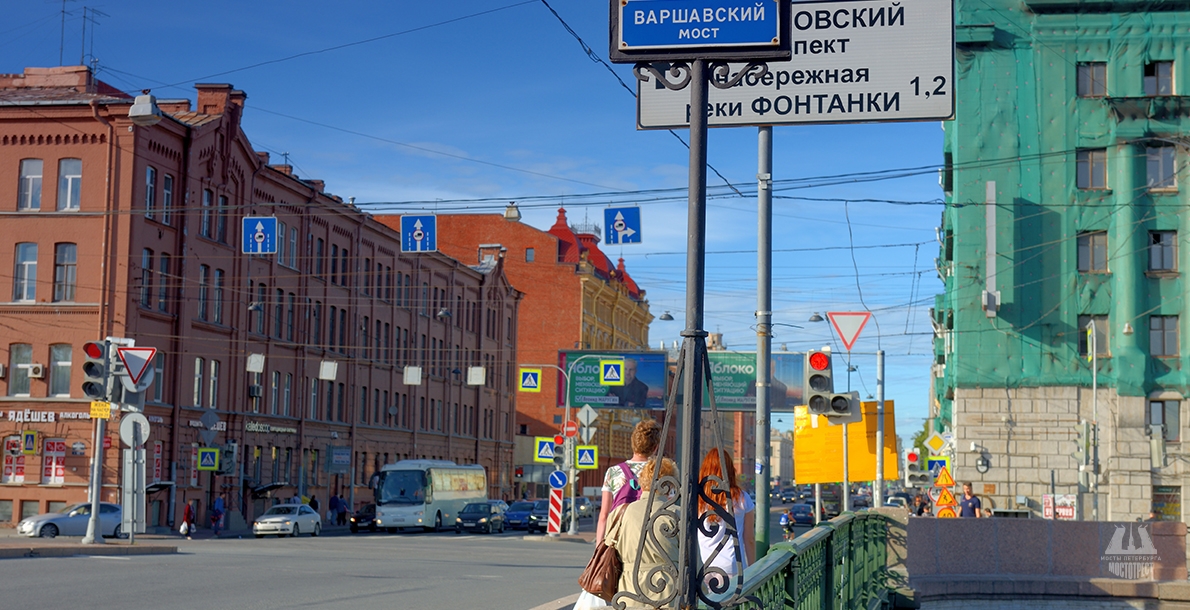 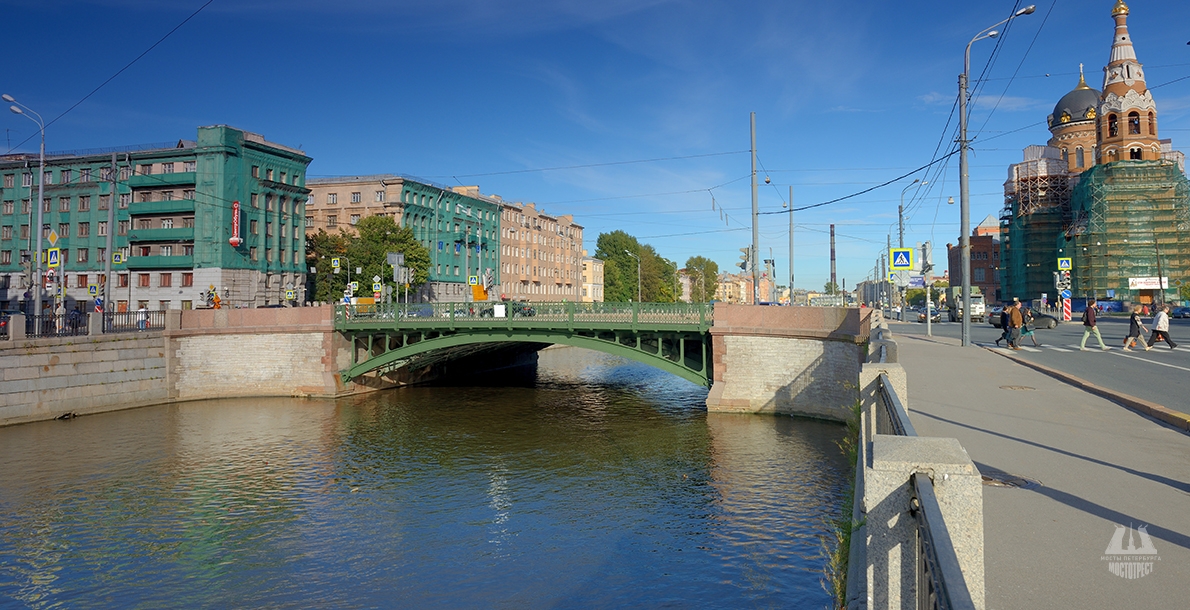 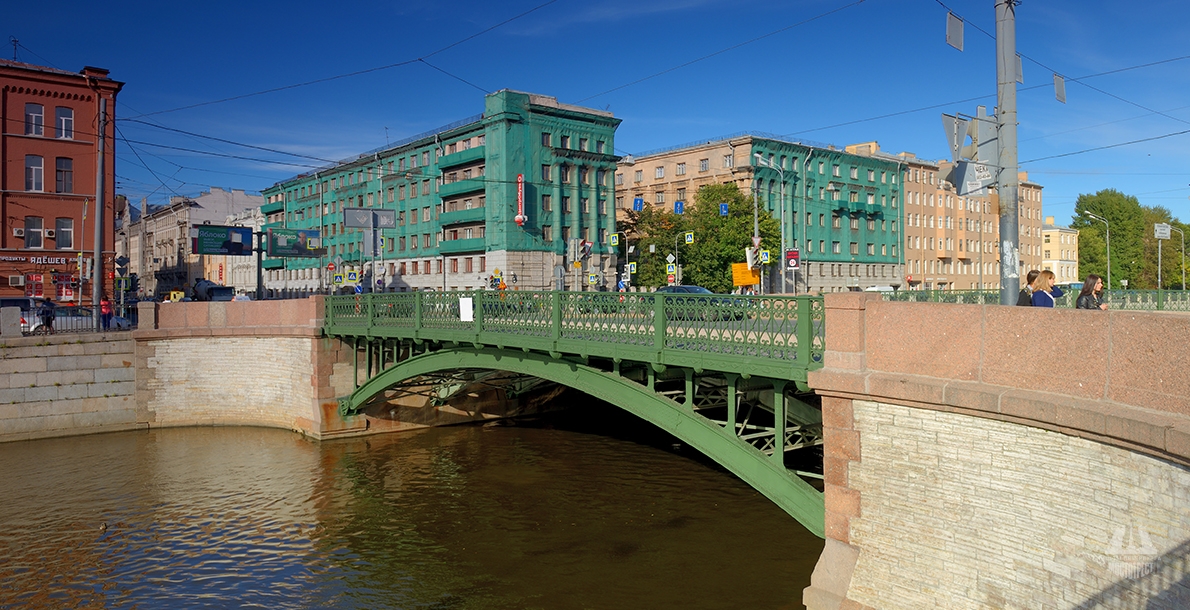 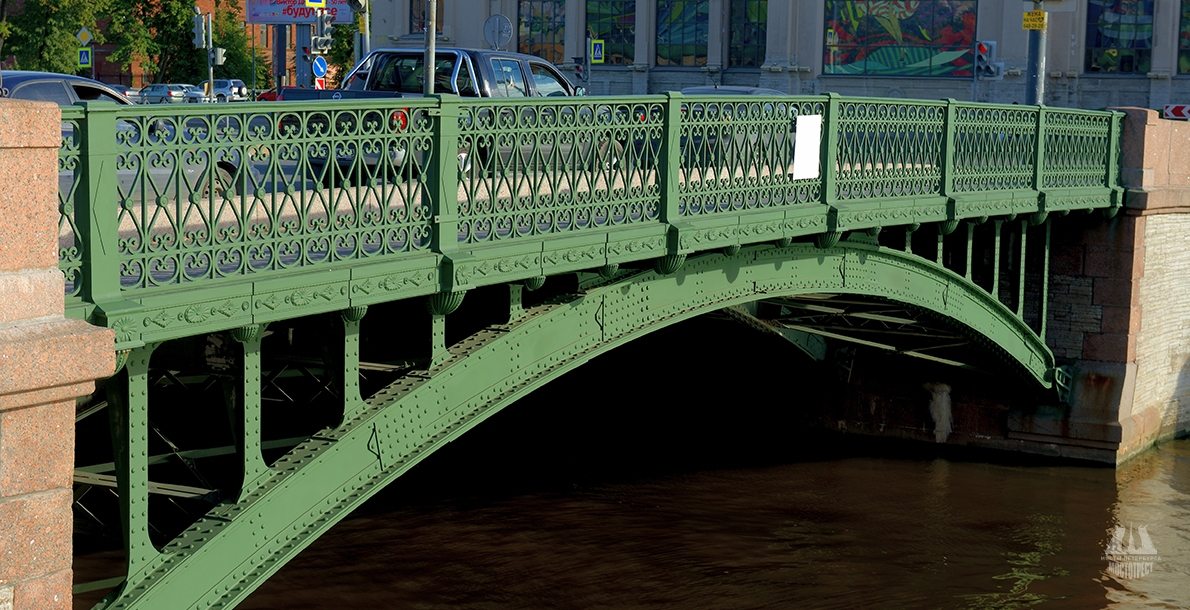 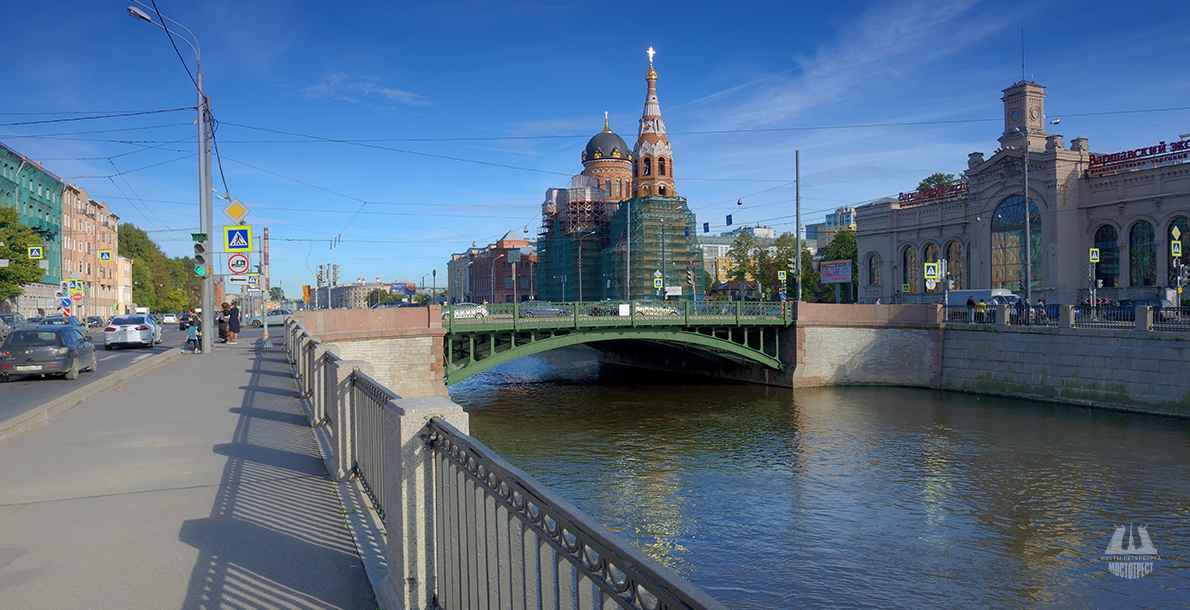 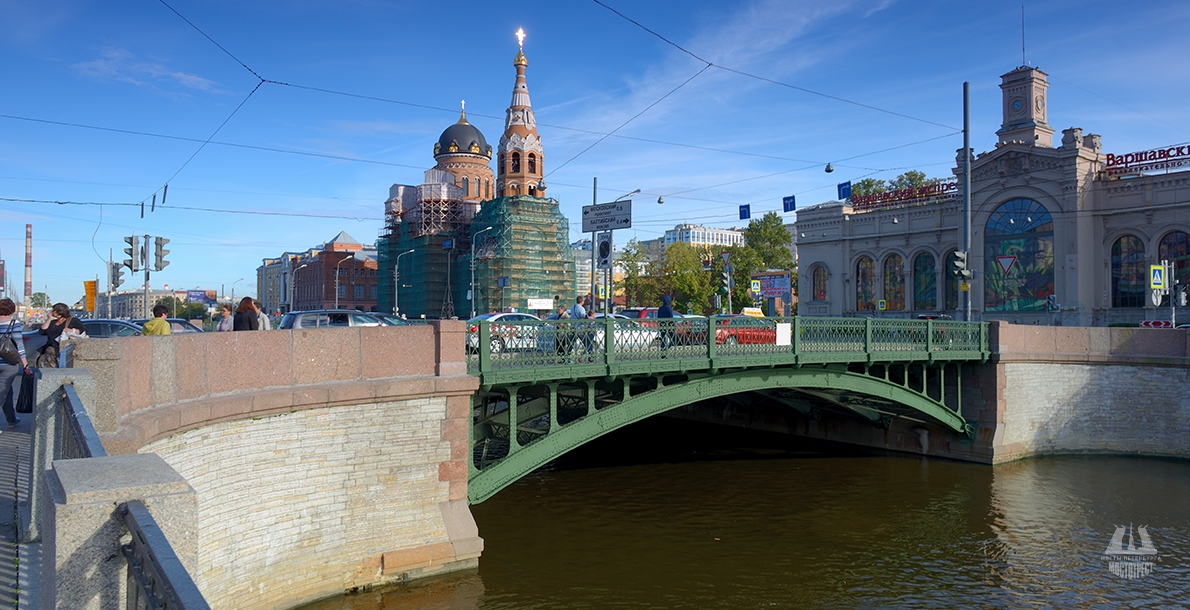 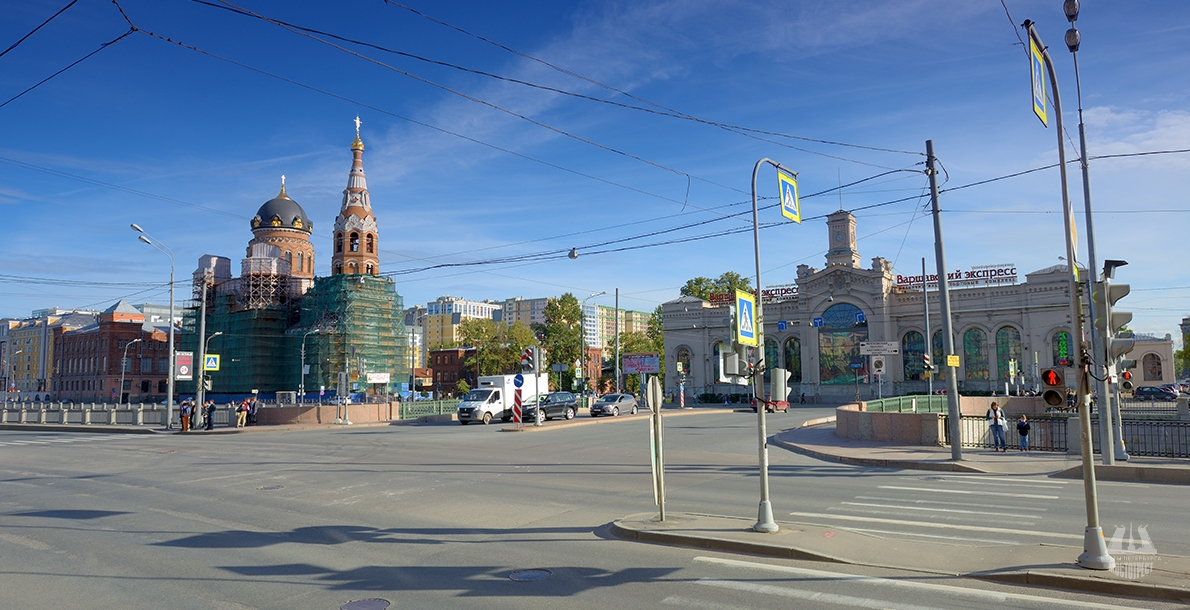 Until the 1870s a wooden beam bridge was built in the alignment of the Izmailovsky Prospect across the Obvodny Canal. In 1869-1870, instead of a temporary bridge, the specialists of Russian Railways Company built a metal single-span arch bridge with the roadway above and with stone abutments on pile foundations. Varshavsky Bridge derived its name from Varshavsky Railway Station located nearby.

During the construction of Varshavsky Bridge riveted steel structures of welded iron instead of cast iron ones were first used. The superstructure was a double-hinged arch girder with braced spandrels of constant I-section installed on pillars and cross beams, with a roadway on spindles. The length of the bridge was 36 meters, width - 22.1 meters. The foundations of the bridge were taken out into the canal and are faced with Putilov limestone slab.

In connection with the increase in vehicular traffic along the Izmailovsky Prospect and along the Obvodny Canal Embankment as well as the laying of tram tracks in 1908-1910 the bridge was rebuilt according to the project of A.P. Pshenitsky and I.P. Statsevich.

The roadway of the bridge was widened to 30.6 meters by transferring sidewalks onto the consoles, and the length remained the same. New Varshavsky Bridge has a simple appearance free of any architectural decorations. Railings look rustic, in the form of forged lattices with geometric patterns mounted on cast-iron pedestals. Granite parapets are installed on the abutments stubs. Even today you can see traces of the enemy shells fragments that were left here from the war.

In 1954 granite parapets on the bridge abutments were repaired. In 1983 major repair of the roadway was performed with the waterproofing replacement and installation of parapet railings on the roadway.

In 2006 the crossing was closed for renovation, as some metal parts were rusted and fallen into disrepair, and in 2007 traffic of wheeled transport started again. Now the rigid and safety construction will be in operation for another hundred years.

During the works the upper part of the bridge was completely replaced; supports were faced with limestone with granite joints. The sidewalk is separated by granite barrier curb. In the middle of the roadway a kind of safety island is placed; tramways are dismantled. There are six road lines and two pedestrian sidewalks paved with granite slab. 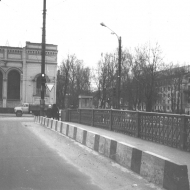 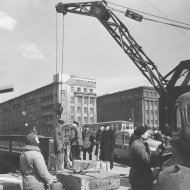 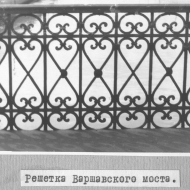