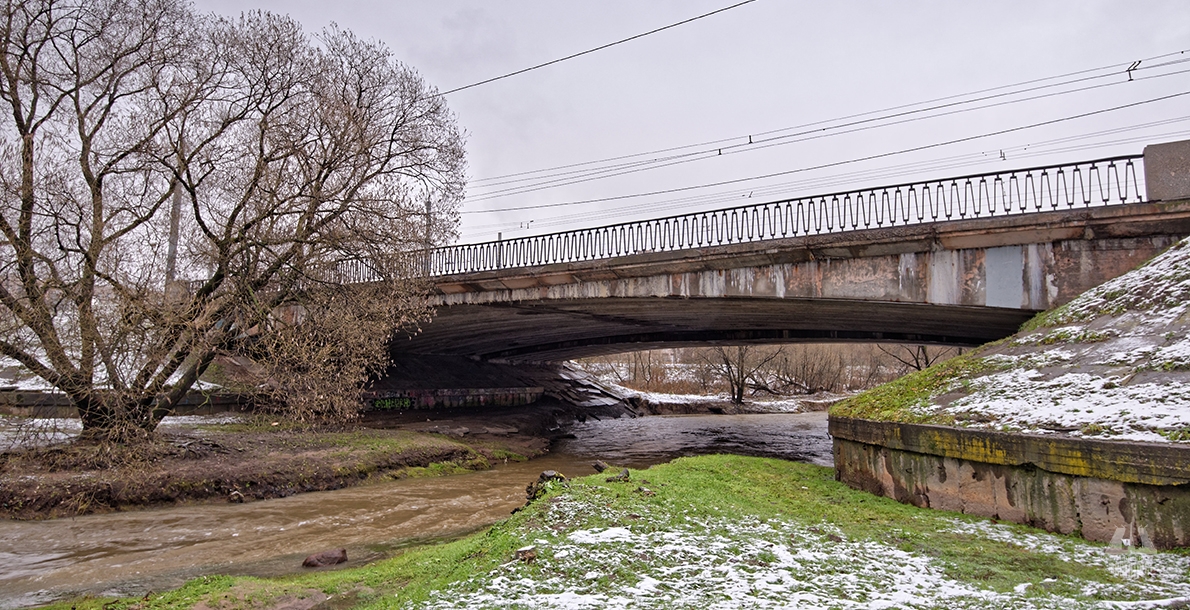 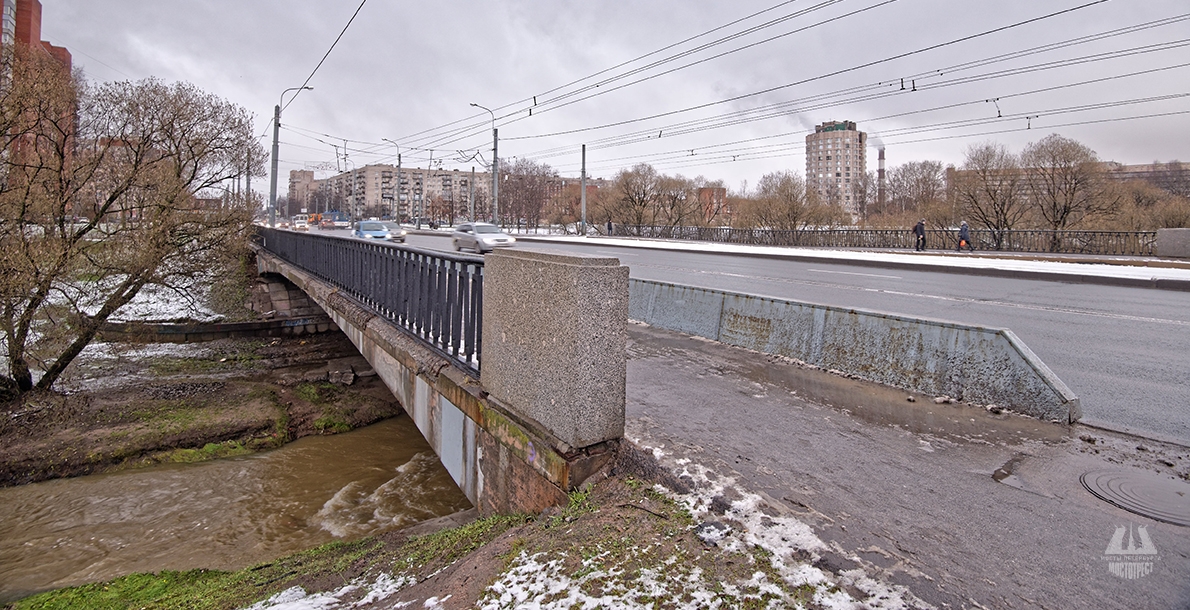 Veteranov Bridge over the Dudergofka River is located in the alignment of Veteranov Prospect. The Dudergofka River flows from the city boundaries over the district territory of Krasnoselsky District through Dudergof, the river disgorges its water into the Dudergofsky Canal which was cut in 1977-1979, under the preparation for development of the South-West of Saint Petersburg.

The necessity of the construction of the bridge was caused by housing construction of Sosnovaya polyana in Krasnoselsky District. In the prospect name the memory of the massive feat of soldiers and citizens in days of the Great Patriotic War and during the post-war time is immortalised. The bridge design was developed by engineers A.D. Gutzeit and L.N. Sobolev of Lengiproinzhproject.

The bridge is single-span reinforced concrete in the form of three-hinged frame with transom of variable height, which consists of standardized prefabricated prestressed blocks. The frame “legs” are made of monolithic reinforced concrete.

Reinforced concrete slab of the roadway is included in the main beams operation. The bridge abutments are massive ones, made of monolithic reinforced concrete on pile foundation without cladding. Low reinforced retaining walls are placed adjacent to the abutments. The cast iron pedestrian railings of a simple pattern without bollards are installed on the bridge. There are granite parapets on the bridge abutments. The roadway is covered with asphalt pavement; sidewalks – with sand asphalt. The sidewalk is separated from the roadway with granite fencing.

In 1985 high granite reinforced concrete parapet railing was installed from the upstream side of the bridge. In 1992 the slopes were repaired.

In connection with a non-uniform deflection of consoles of the superstructure of road and tram bridges the clearance up to 200 mm appeared. The instrumental control of the bridge is constantly performed.

In 2014 the tram part of the bridge was repaired with correction of a longitudinal profile and with the arrangement of the ballast of facilitated design and the basis under the tram tracks.