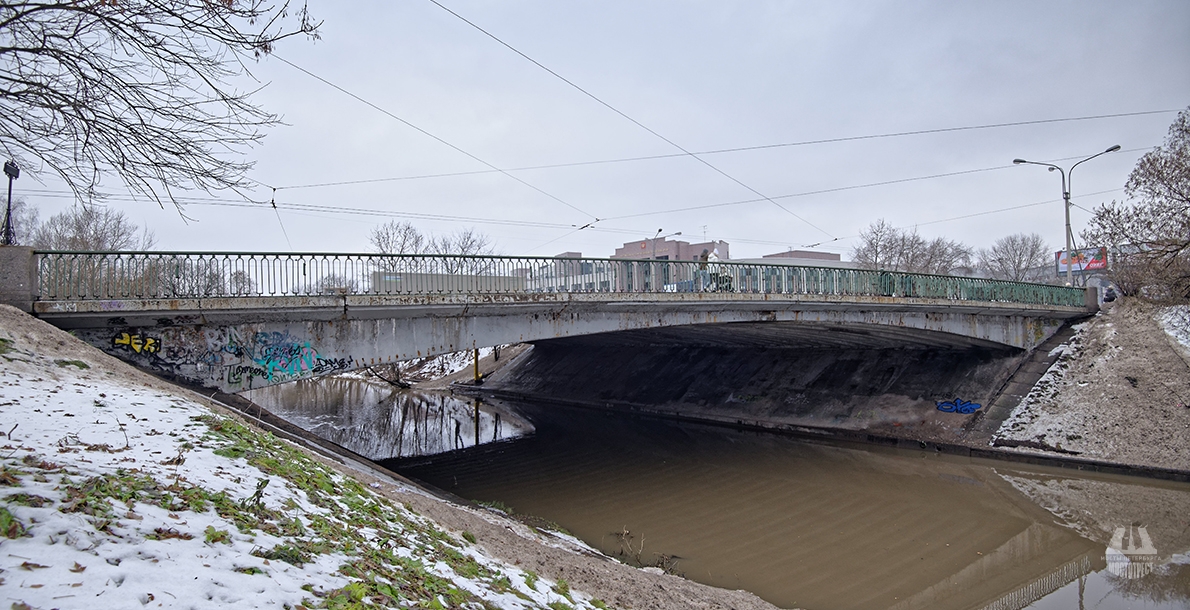 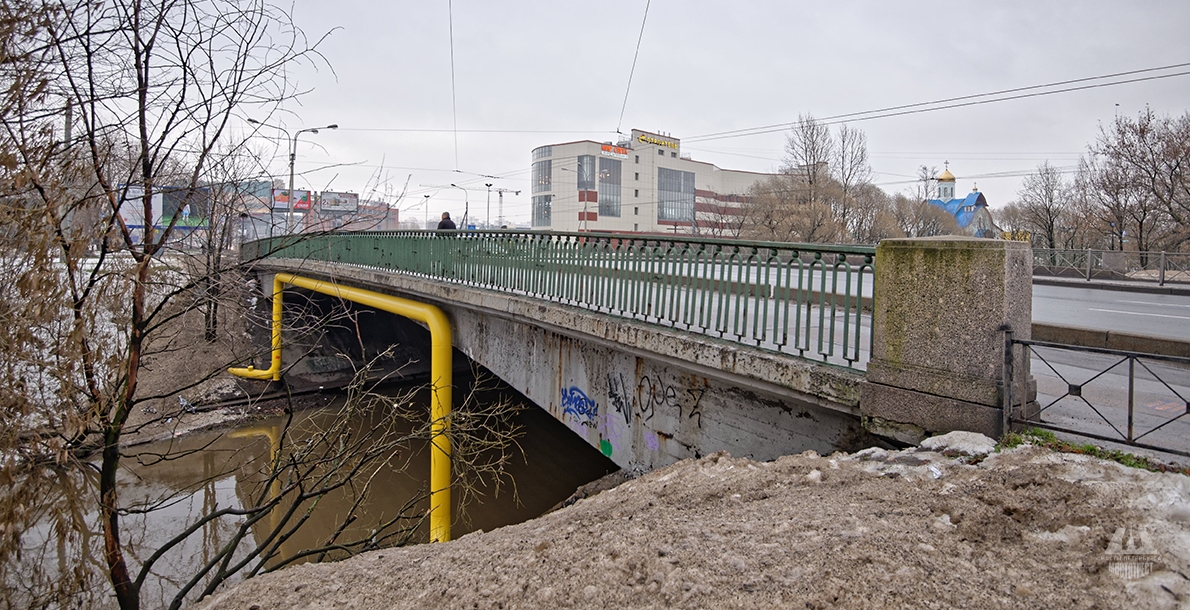 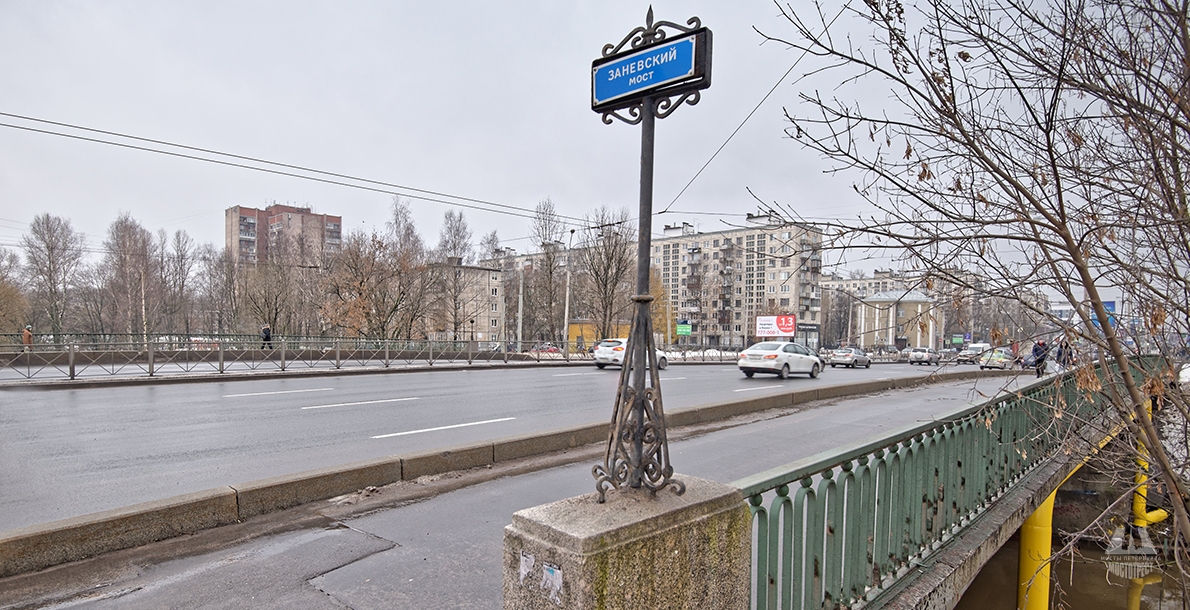 Zanevsky Bridge is laid over the Okkervil River and located in alignment of Zanevsky Prospect in Krasnogvardeysky District of Saint-Petersburg.

In connection with creation of Central circular road of the internal city transport ring which line passes on the northern bank of the Obvodny Canal, Alexander Nevsky Bridge and further by Zanevsky Prospect, it was necessary to build a new road bridge which would be an alternative to the existing pedestrian Malo-Yablonovsky Bridge.

The pedestrian Malo-Yablonovsky Bridge was opened in 1958 for a waterpipe lining, and then it was disassembled at construction of the new transport Zanevsky Bridge.

Zanevsky bridge was built in 1974-1975, under the project of engineer B.E. Dvorkin of Lengiproinzhproject and architect L.A. Noskov. The bridge was a single-span reinforced concrete cantilever frame bridge with a hinge in the middle of the span was built.

There is an asphaltic concrete pavement on the roadway over the concrete plate included in the operation of the main beams. Sand asphalt is laid on the sidewalks. The sidewalk is separated from the roadway with granite curb.

There is railing combined of cast iron sections and metal inserts on the bridge. Granite pedestals are installed at the ends of railing.