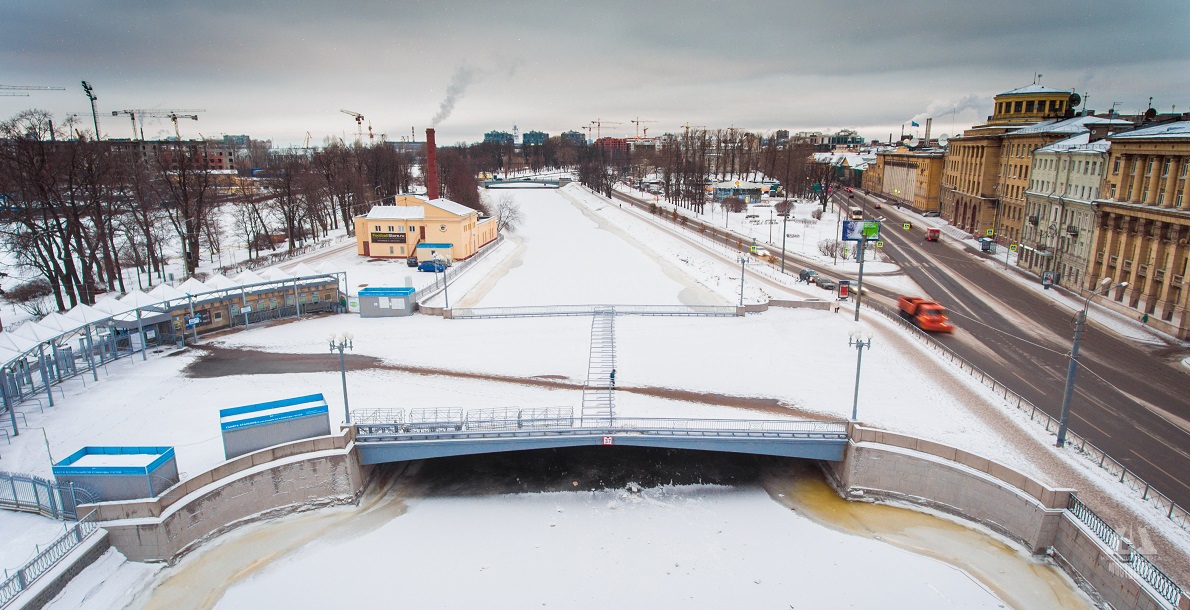 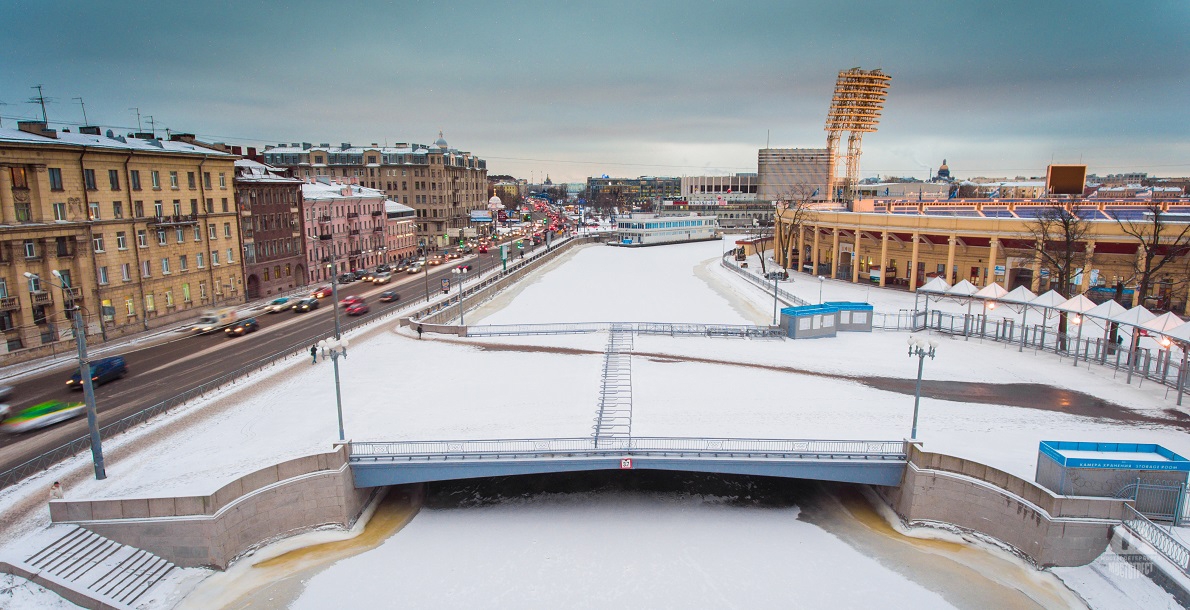 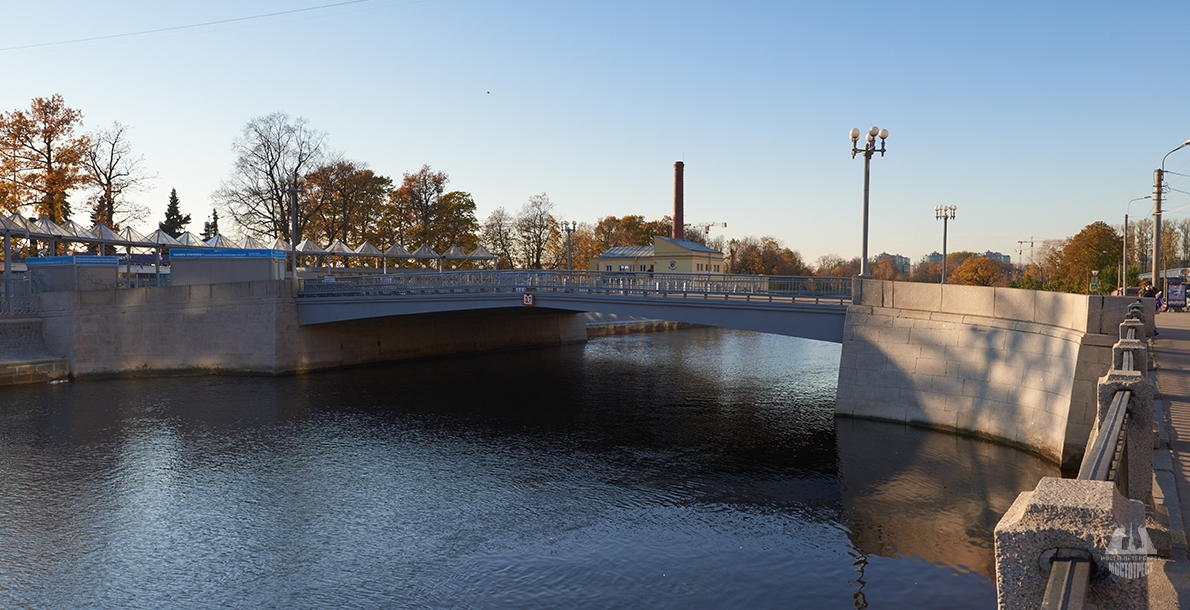 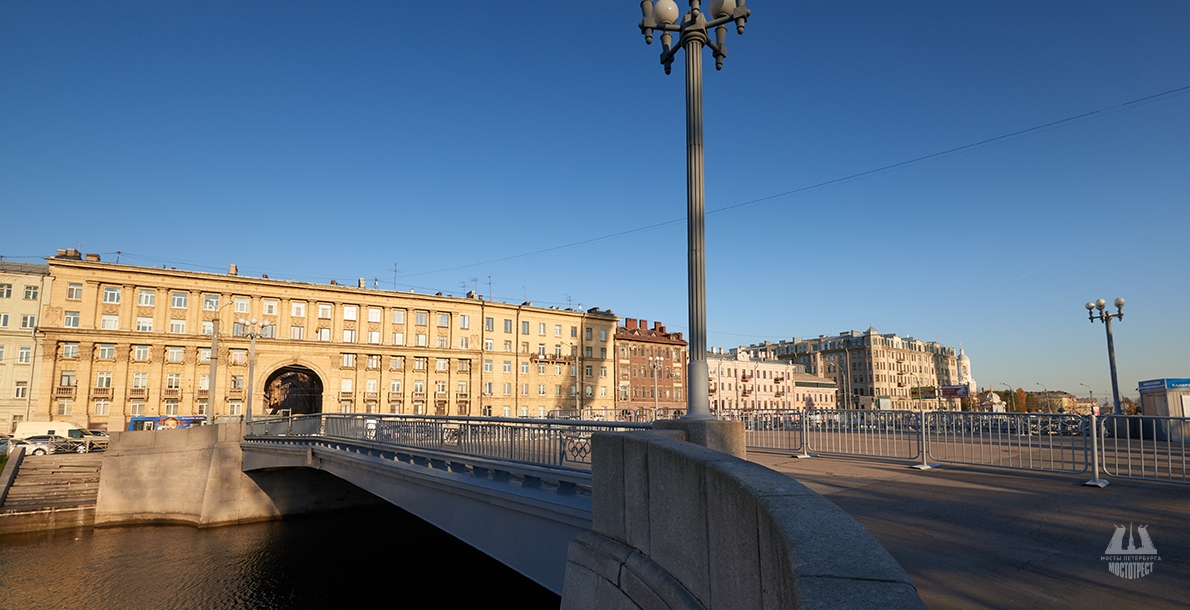 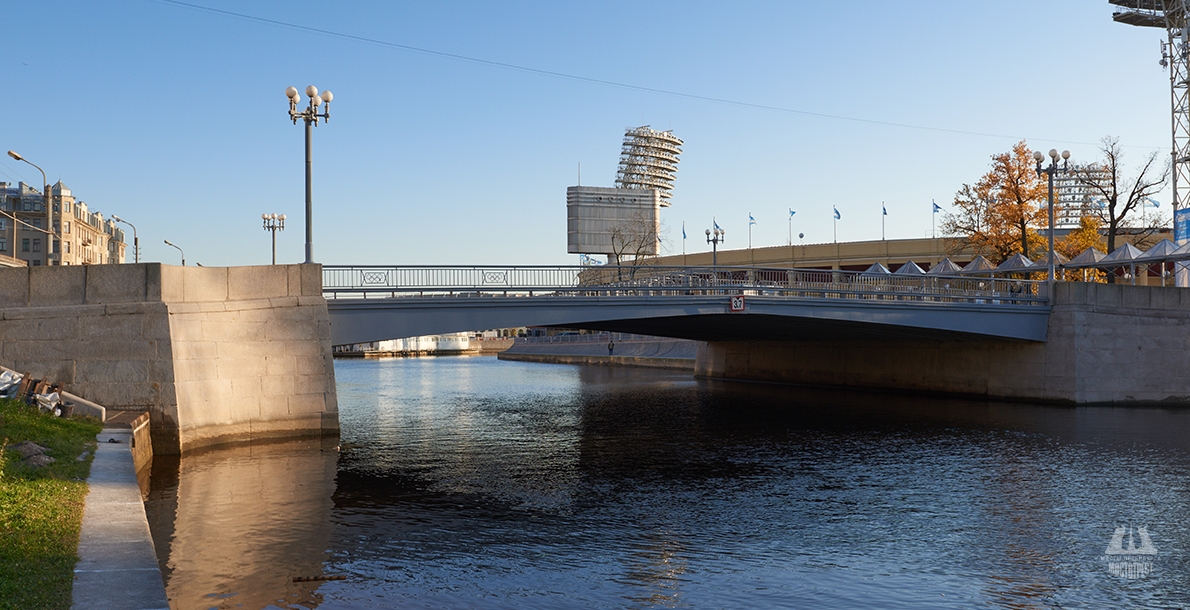 Zhdanovsky Bridge (former Zhdanovsky Bridge No.2) across the Zhdanovka River is located in the alignment of the Officers Alley at the entrance to the Petrovsky stadium. Now the bridge is used as a pedestrian one.

The bridge derived its name from the river which for a long time did not have a permanent name Due to the swampy terrain surrounding it, the river was named Mokrusha or Swamp duct, and also it was named by the name of the island - Petrovka. Only with the construction of its banks in the XIX century when "book-wise masters" brothers Ivan and Nikolay Zhdanov have built a chemical plant the river got the name Zhdanovka.

Zhdanovsky Bridge No.2 was built in 1939 for stadium servicing. It was a five-span wooden simple bridge with metal superstructure.

In 1960 the bridge was widened to 32.2 meters with installation of additional supports. Wooden railings were replaced by a metal welded one of a simple pattern, and the sidewalk was separated from the roadway by tubular metal fencing for safety of pedestrians passing into the stadium during the sports.

In 1989-1992, under the project of engineer V.E. Eduardov of Lengiproinzhproject and architect Yu.G. Shindin, the bridge was completely rebuilt in a single-span reinforced concrete bridge of three-hinged frame system.

The superstructure is made of prefabricated elements of variable heights, facades are lined with metal sheets. The bridge abutments are massive reinforced concrete ones on pile foundation and faced with granite. There is asphaltic concrete pavement on the roadway.

Metal welded railing of a simple pattern is installed on the bridge, and metal crash barriers are installed next to it. At the ends of the railing granite pedestals with cast iron posts are installed, on which 5 lamps of the "ball" type are fixed. There are granite parapets on the bridge abutments.

Downstream of the bridge, on the right bank, there is a granite staircase descending to the water.

The bridge was built by efforts of SU-4 of Trust Lenmostostroy, under the direction of engineer A.A. Antonov. Today, the bridge is one of the most popular places among fans of Zenit football team. The first inspection at the entrance to the stadium during matches is performed here.