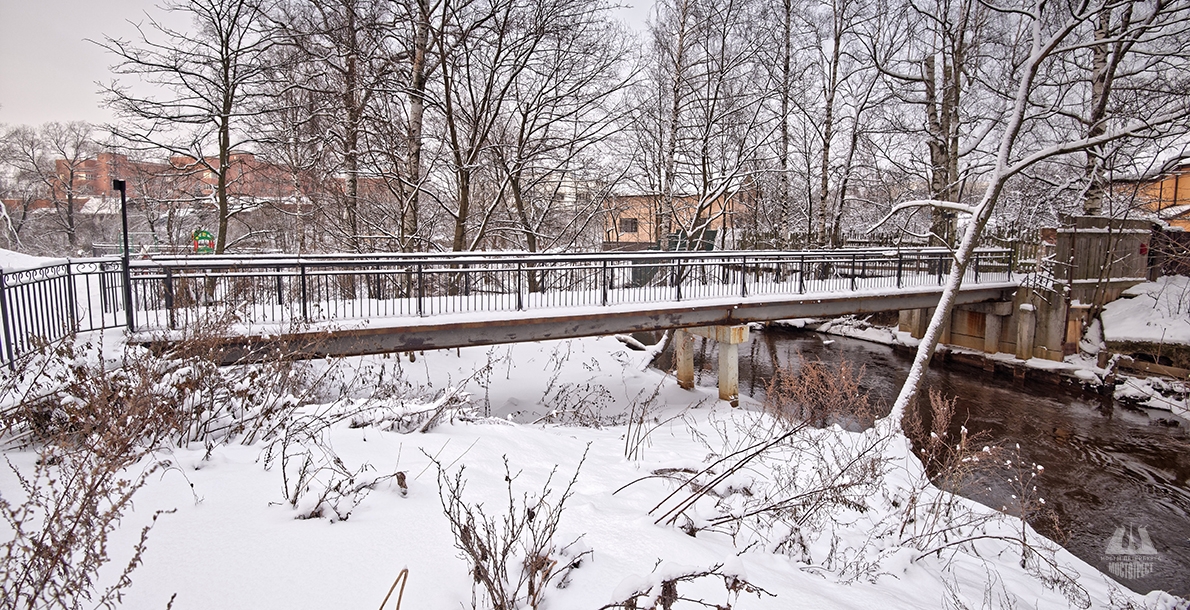 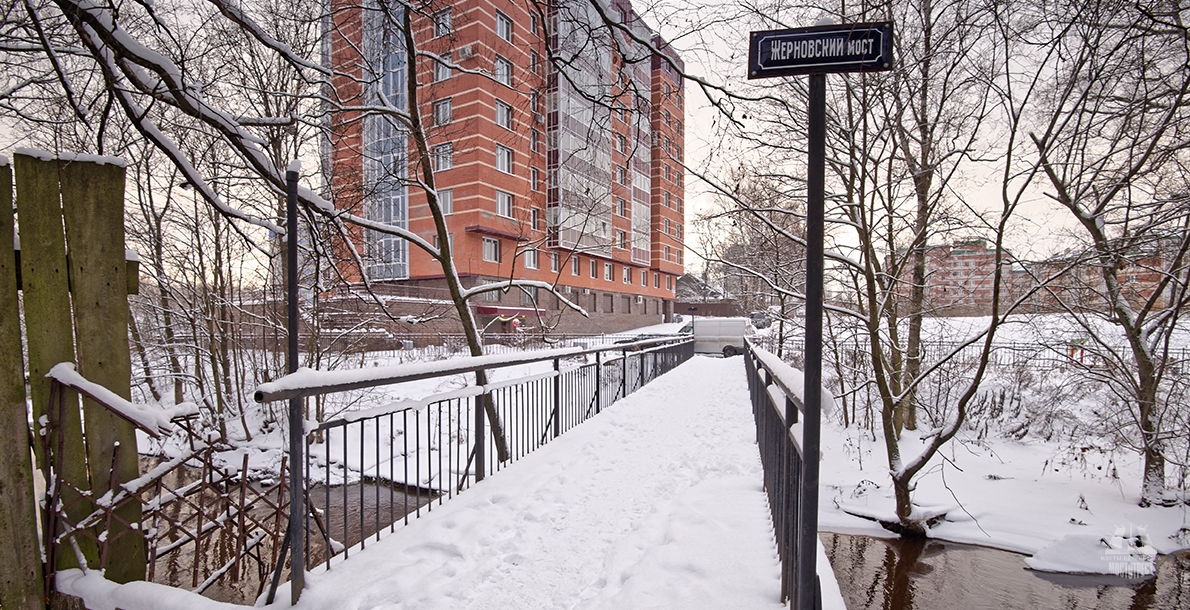 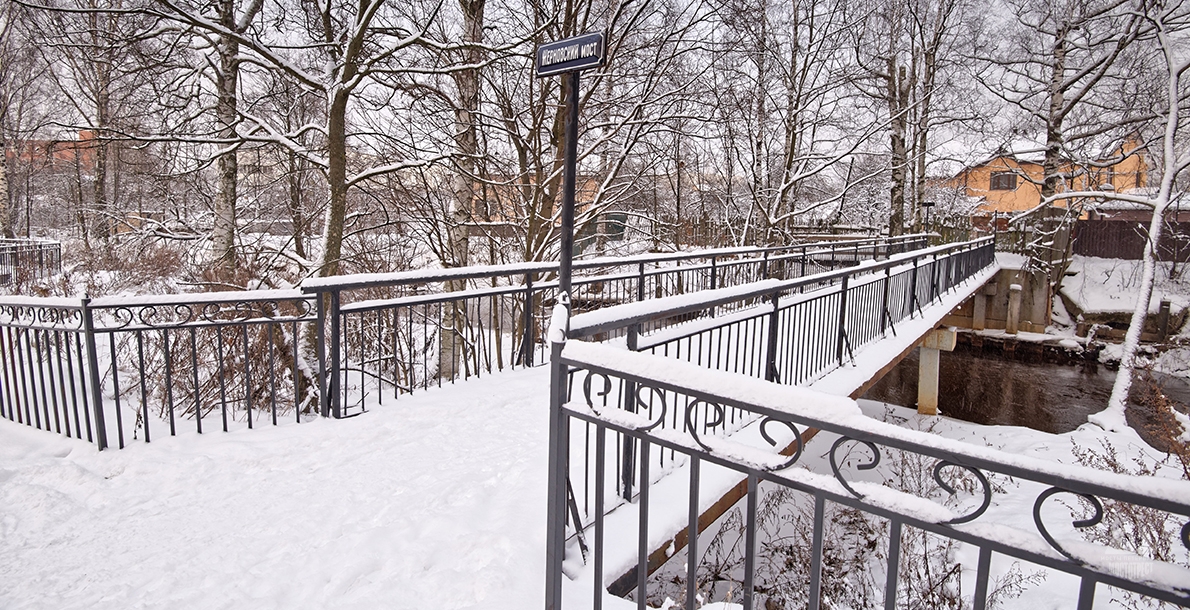 Zhernovsky Bridge (former 2nd Luppovsky Bridge) is built over the Lubja (Luppa) River and is in alignment of the 2nd Zhernovskaya Street (at dead-end street).

The 2nd Zhernovskaya Street is the street in Krasnogvardeysky District of Saint Petersburg. It passes from the Lubja River to Irinovsky Prospect, from the west to the east, in parallel to Ryaboskoye Highway and adjacents to Krasin Street.

In 1978, under the project of Lenmosttrest, the bridge was rebuilt in a two-span wooden simple bridge with a metal superstructure. The length of the bridge was 25 meters, width - 2.25 meters.

In 1989, under the project of engineer of V.I. Feldman of Trest Design and Construction Bureau, the bridge was rebuilt in a two-span metal simple bridge.

The span consisted of metal welded I-beams. The bridge abutments and supports are reinforced concrete with capping.

The bridge asphalt concrete pavement on metal slab was laid on the sidewalk. The bridge length and width remained unchanged.

The railings were metal welded ones of a simple pattern.

The bridge was built by efforts of Specialized Installation and Maintenance Directorate under supervision of N.G. Karamyshev. Head V.M. Zaitsev of the Operation Department exercised technical supervision of the work.