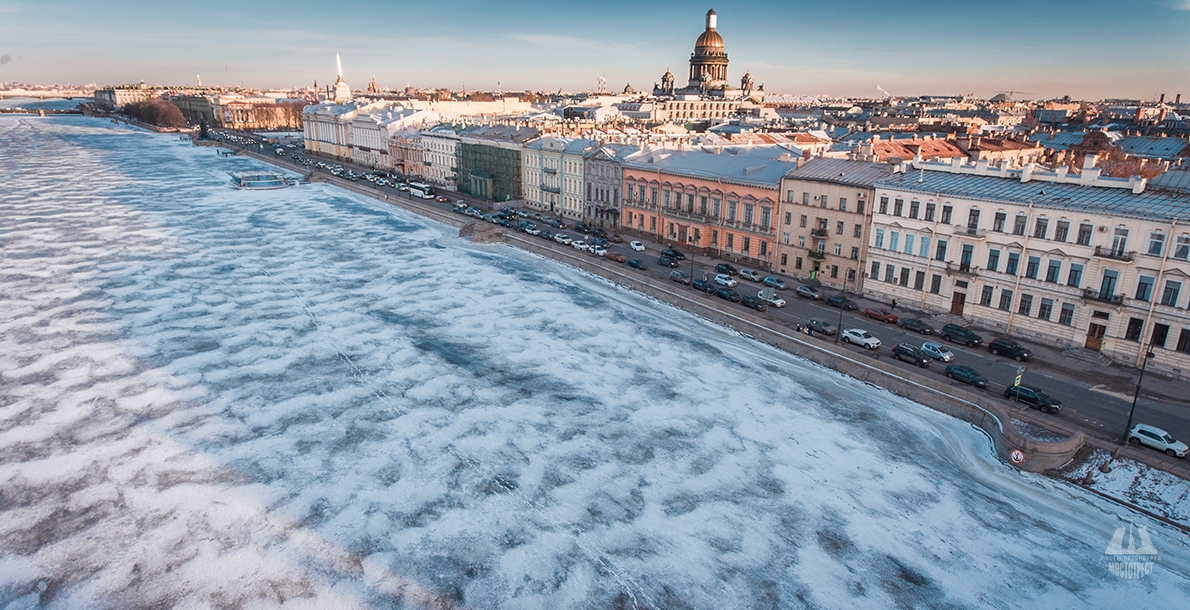 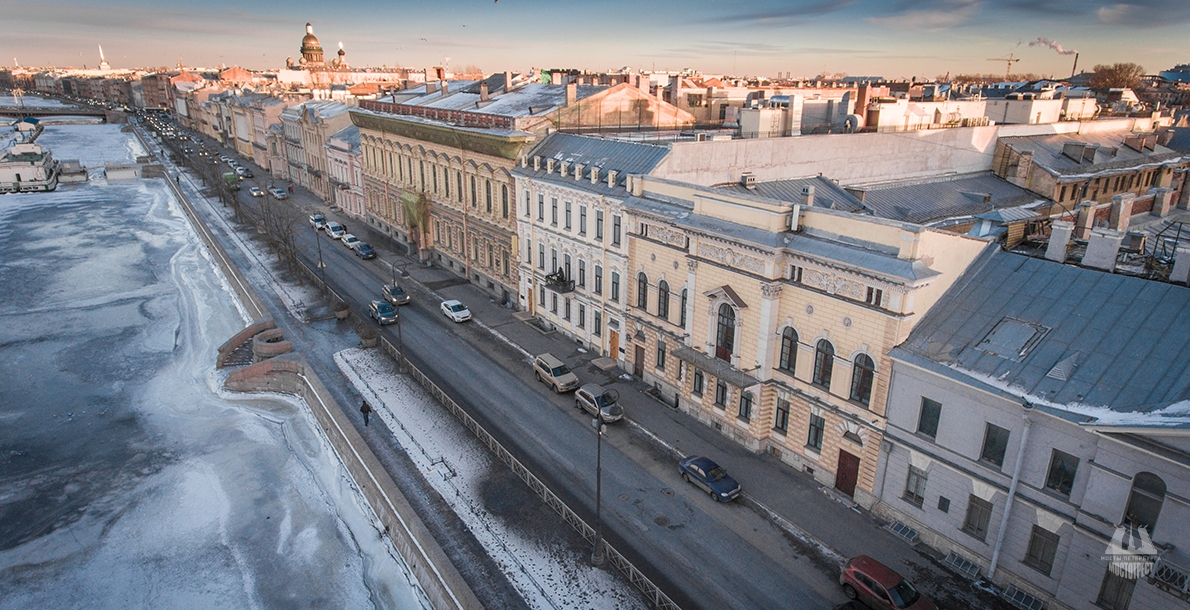 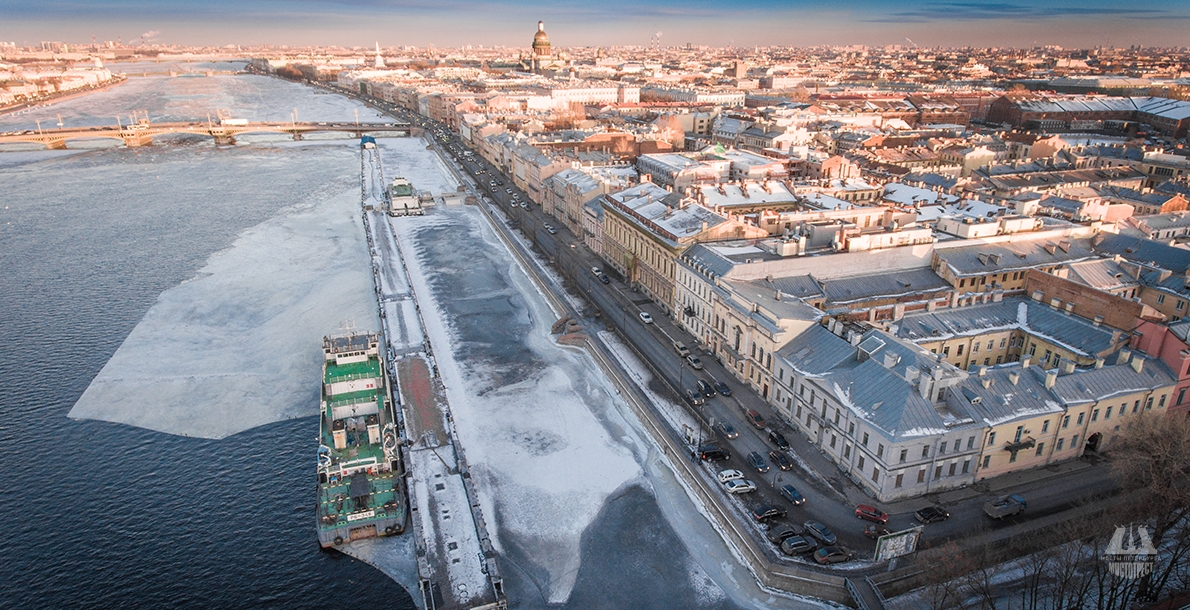 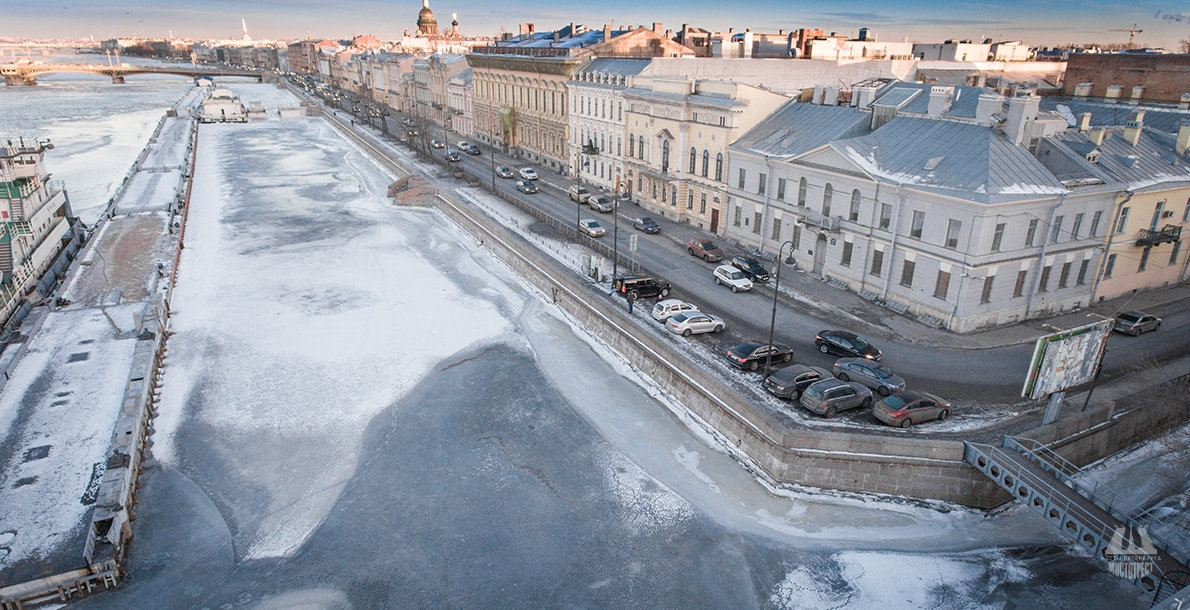 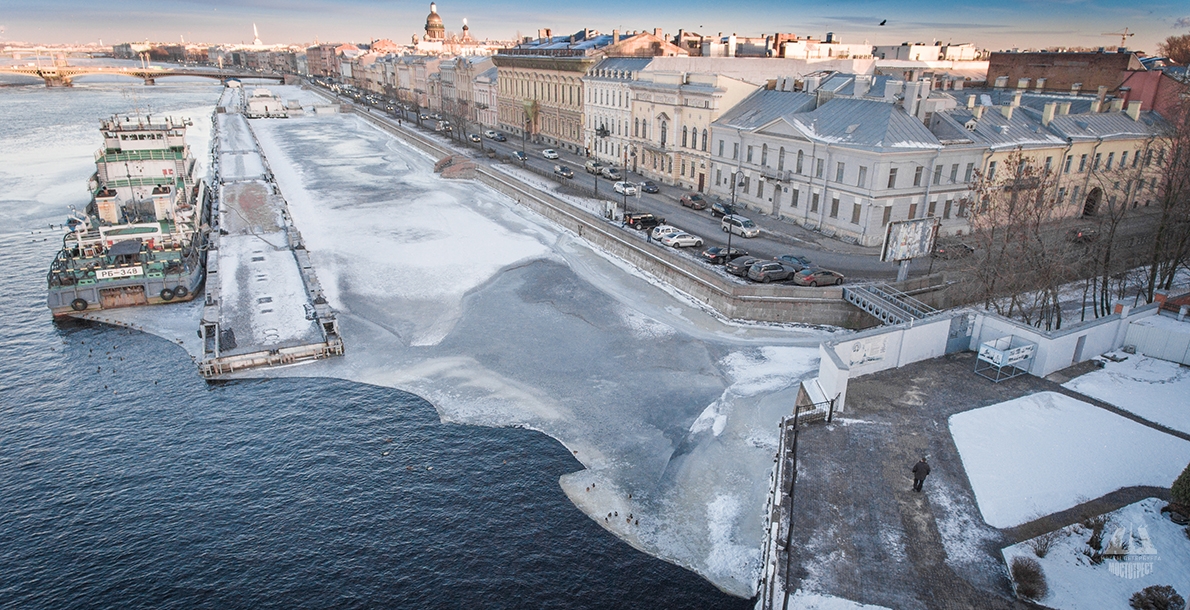 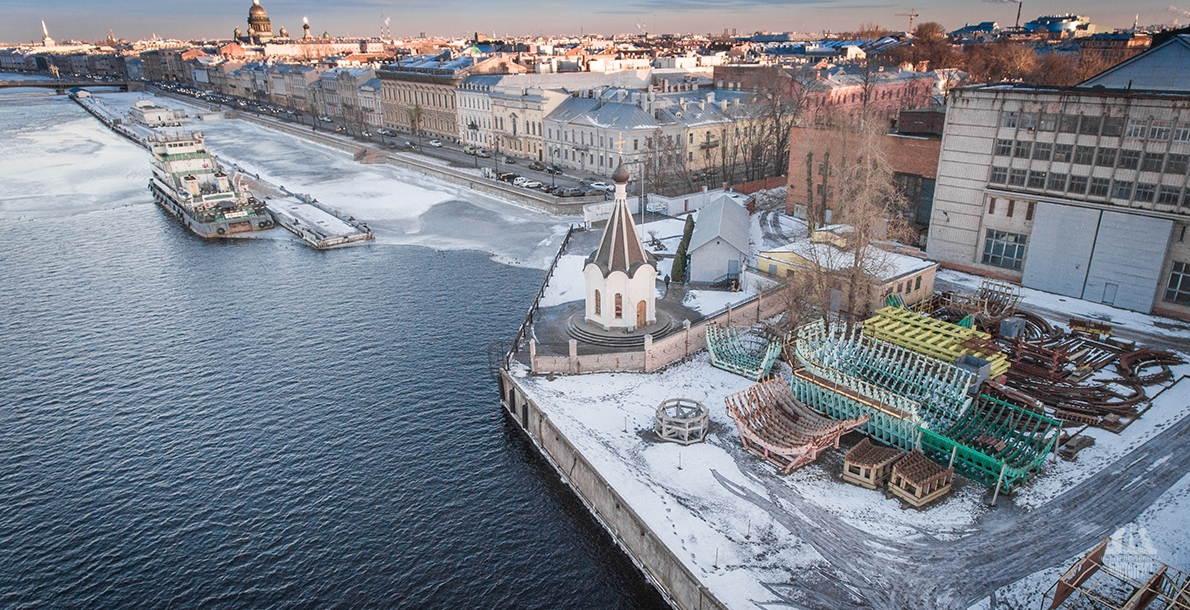 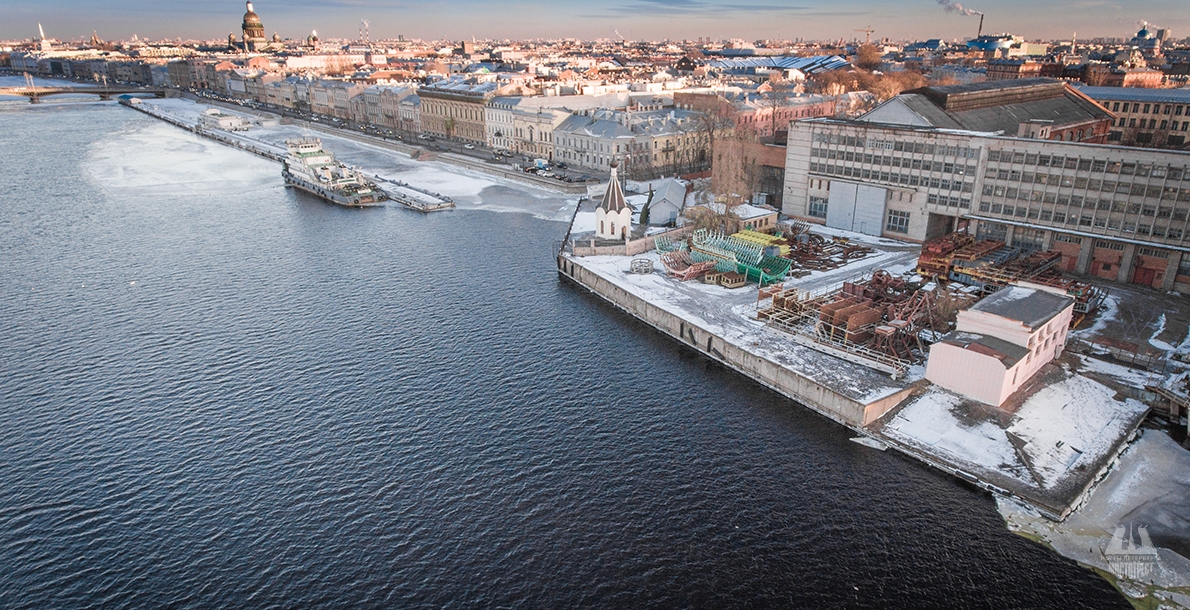 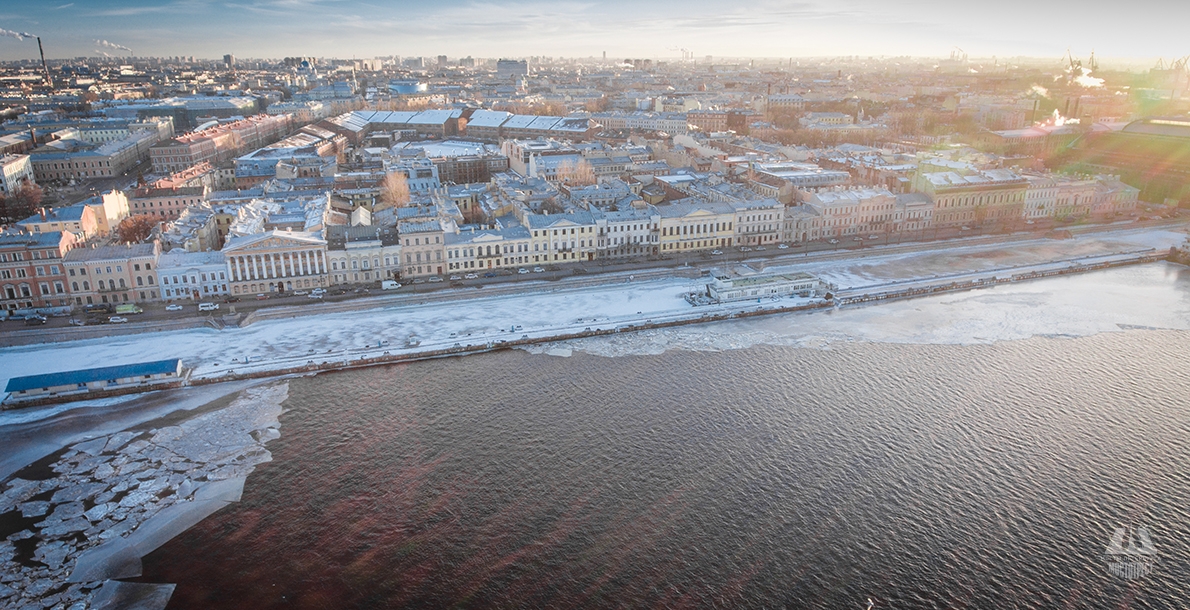 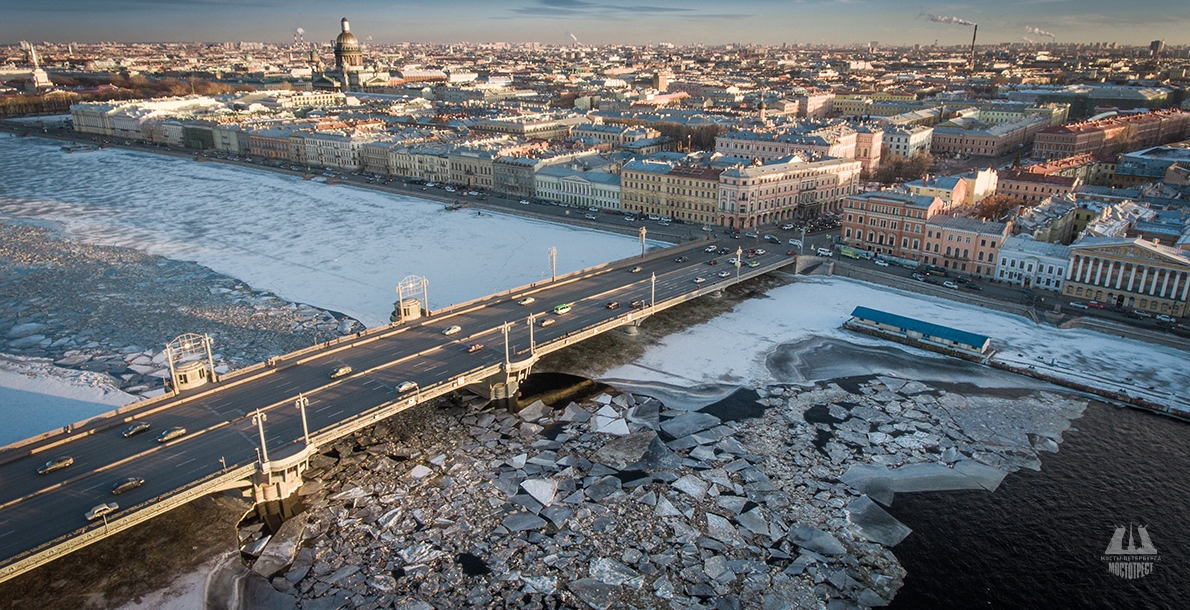 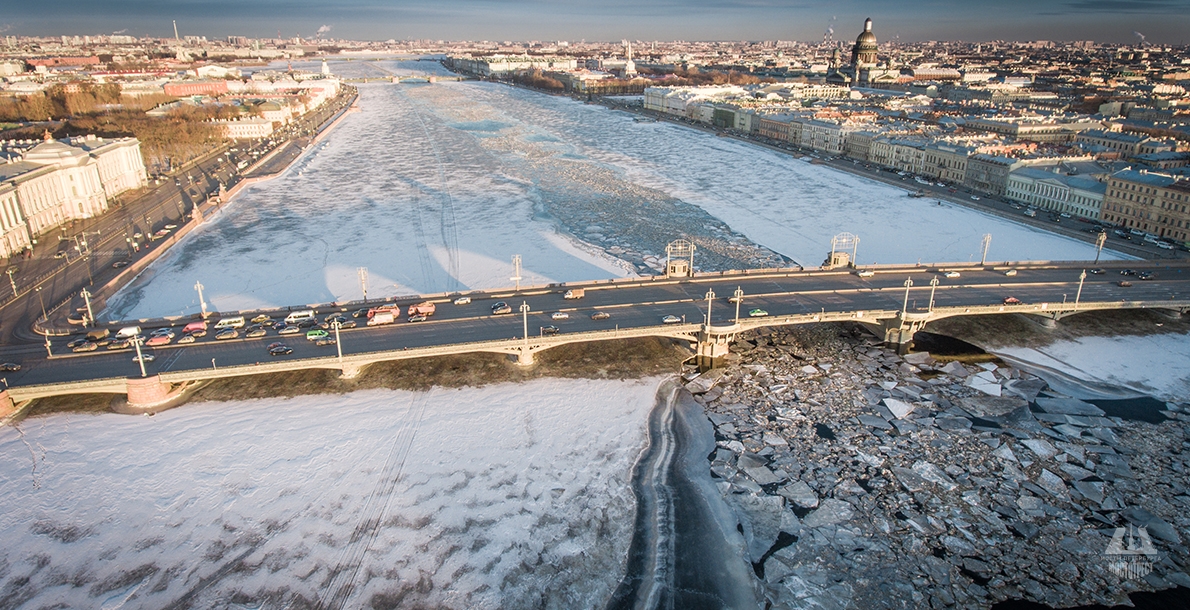 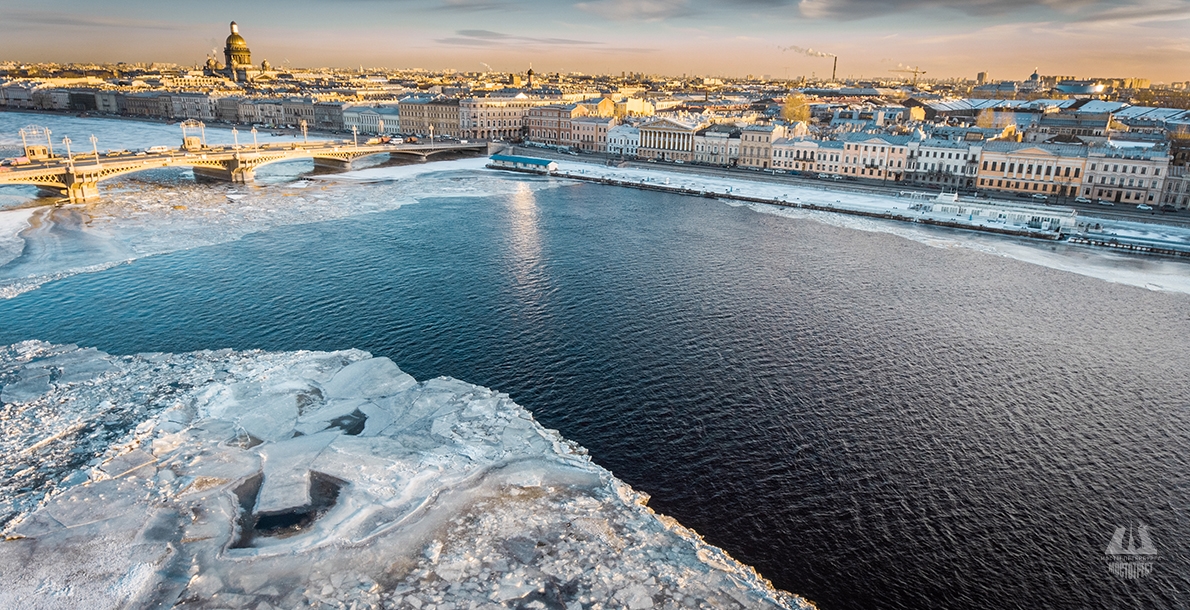 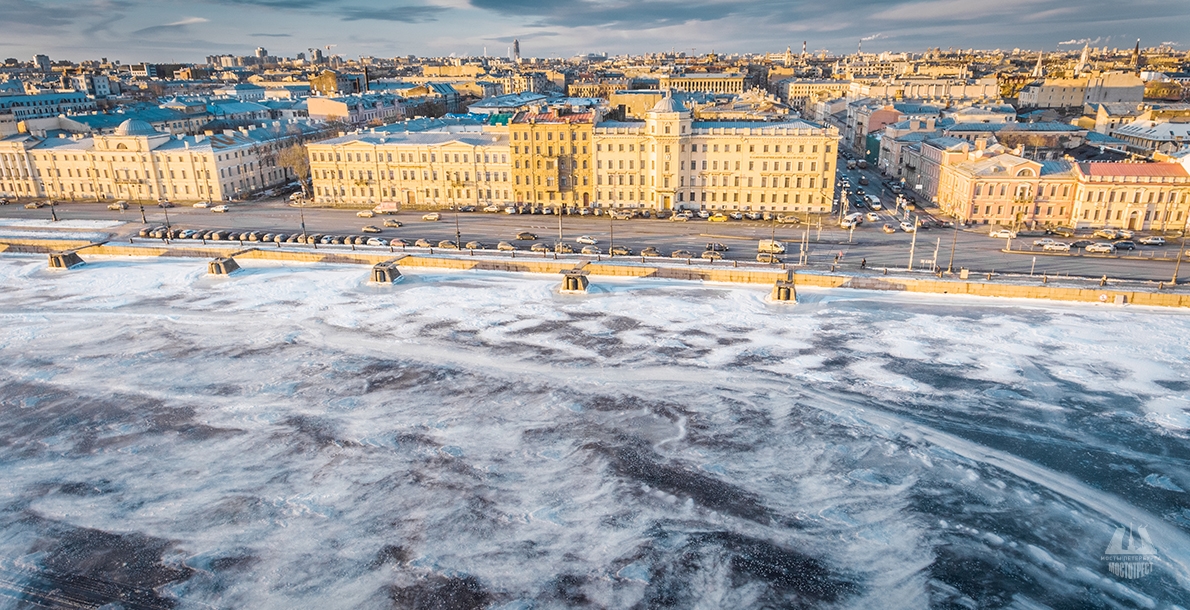 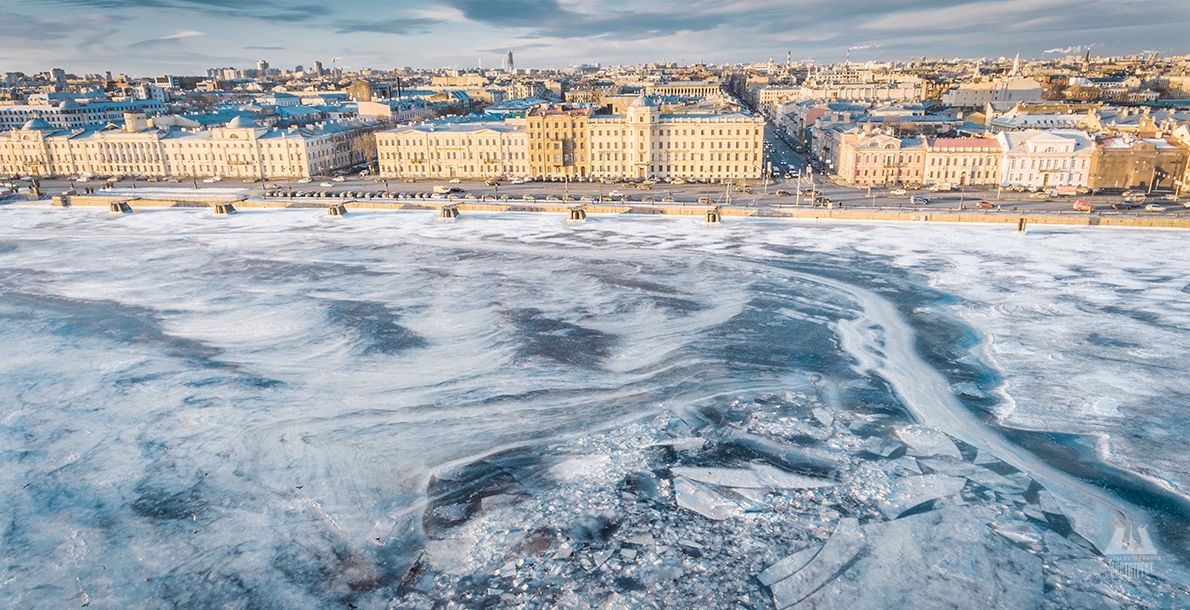 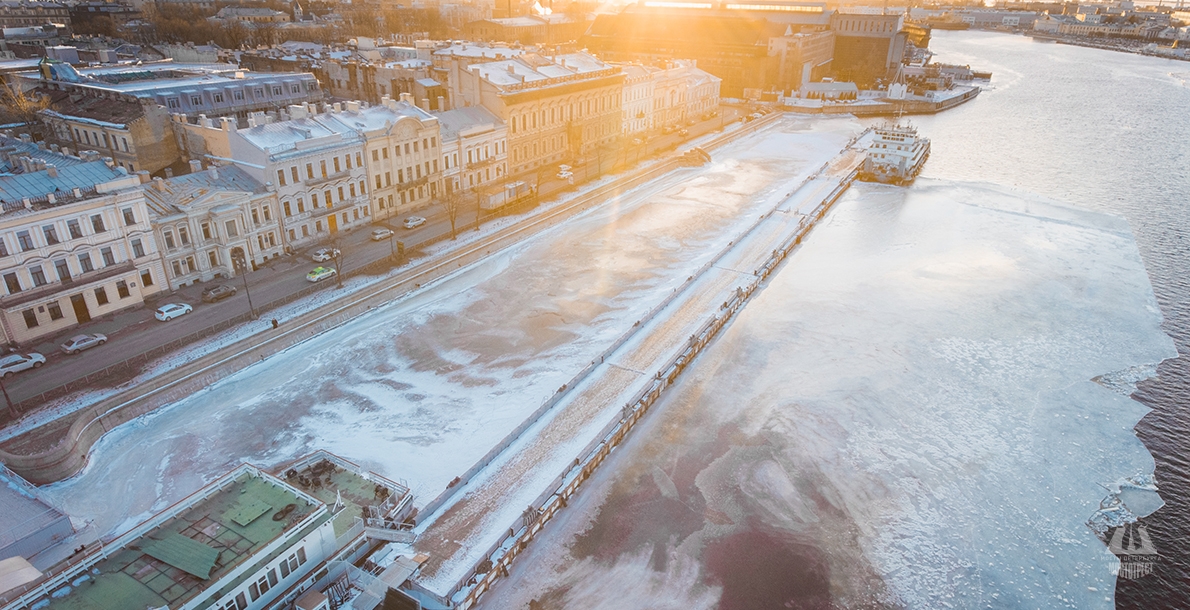 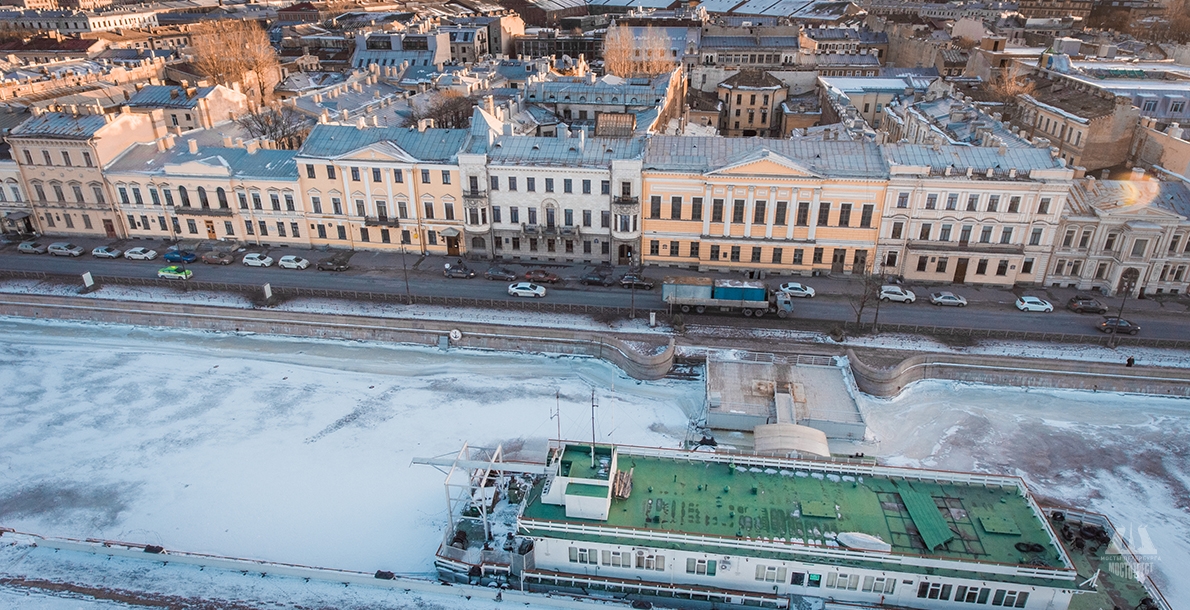 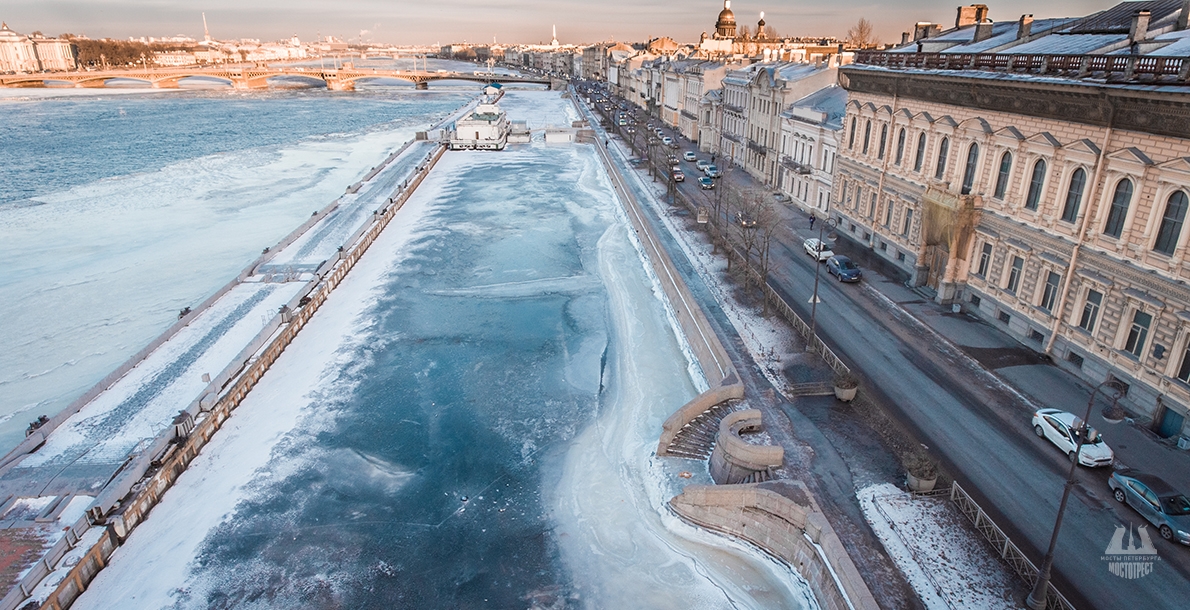 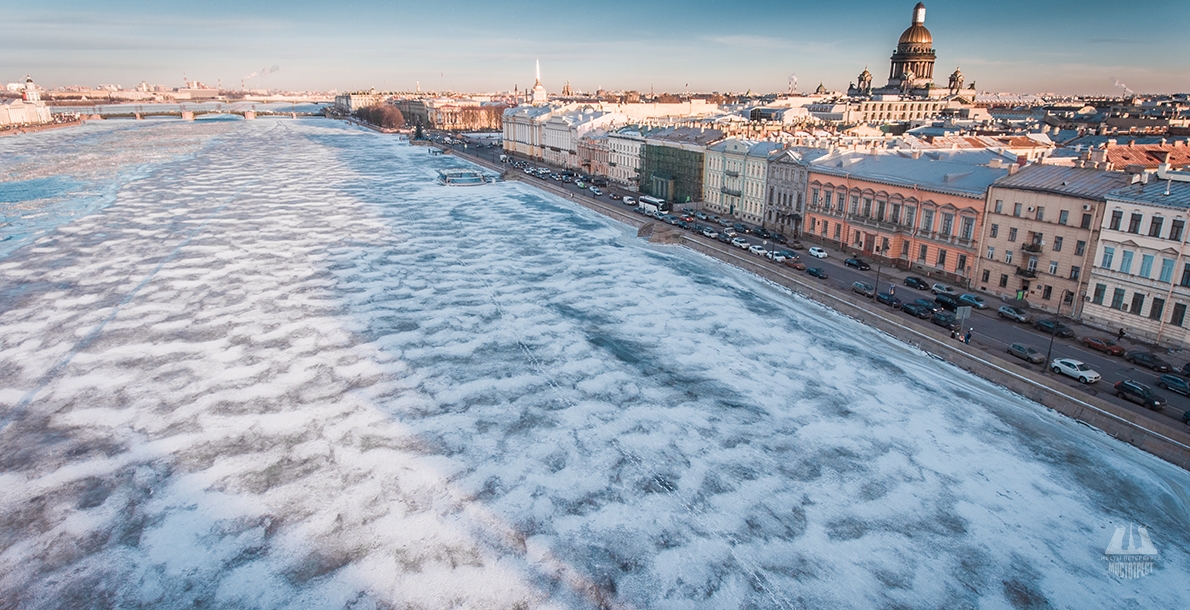 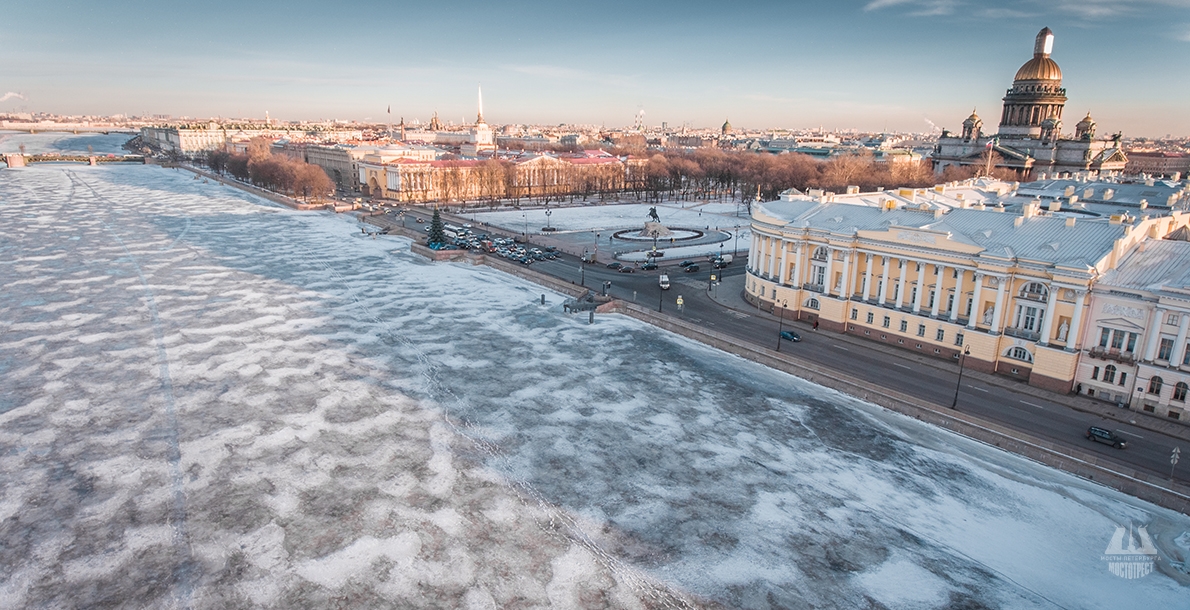 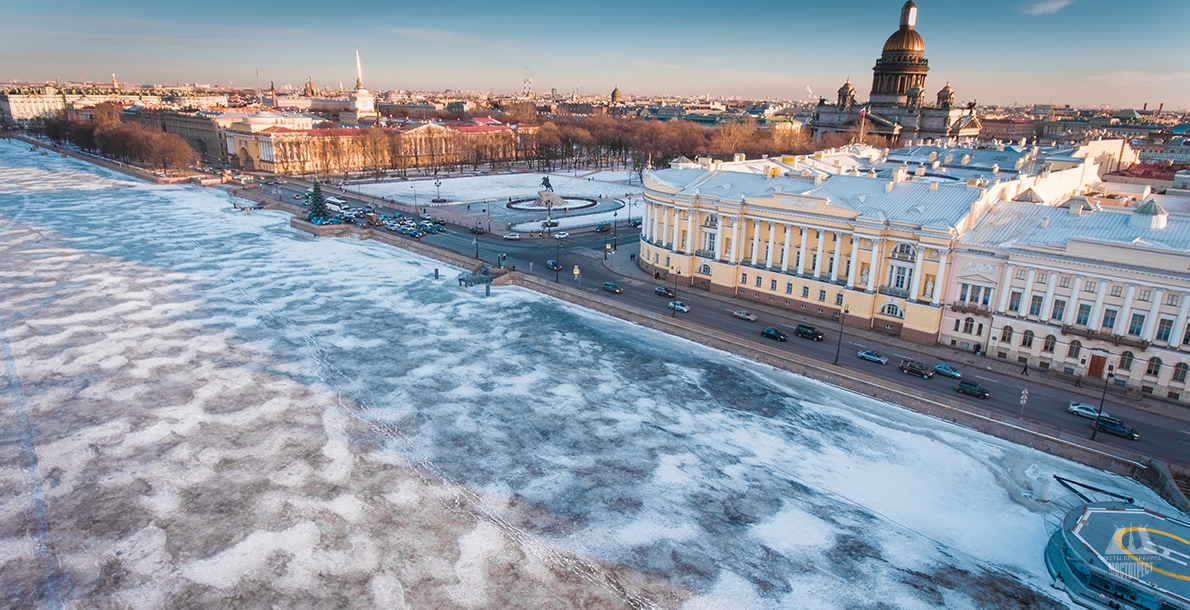 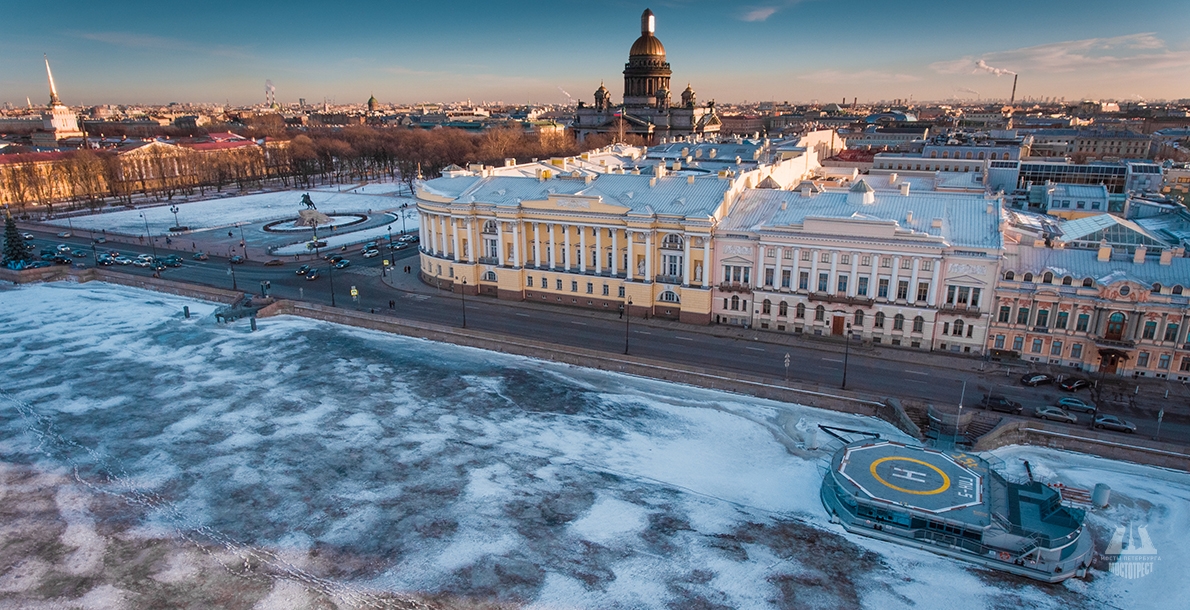 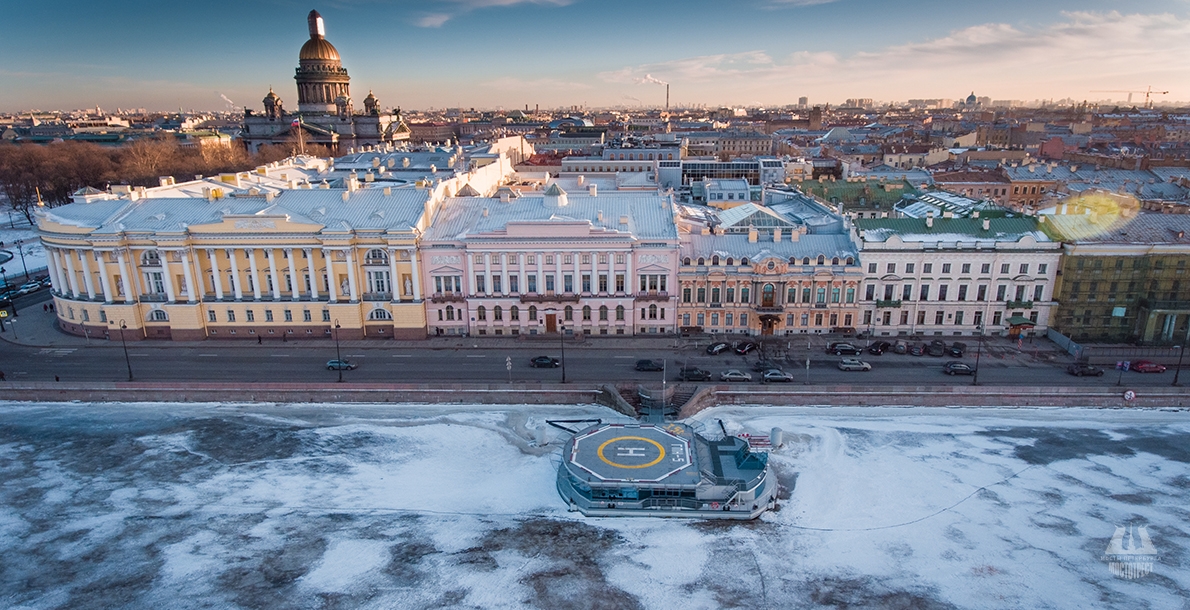 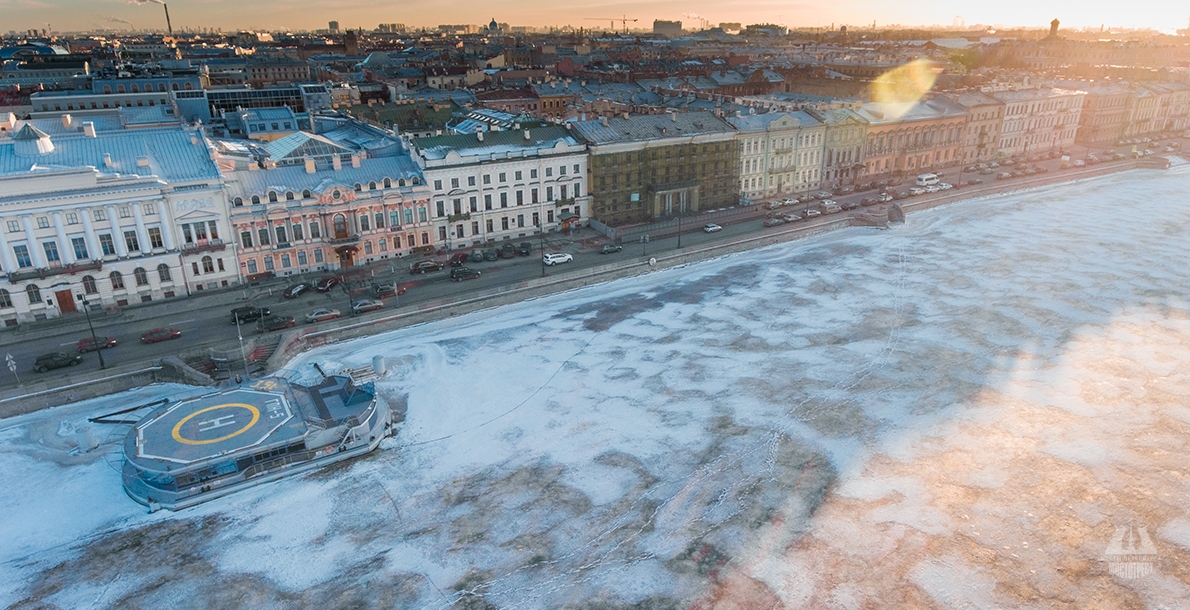 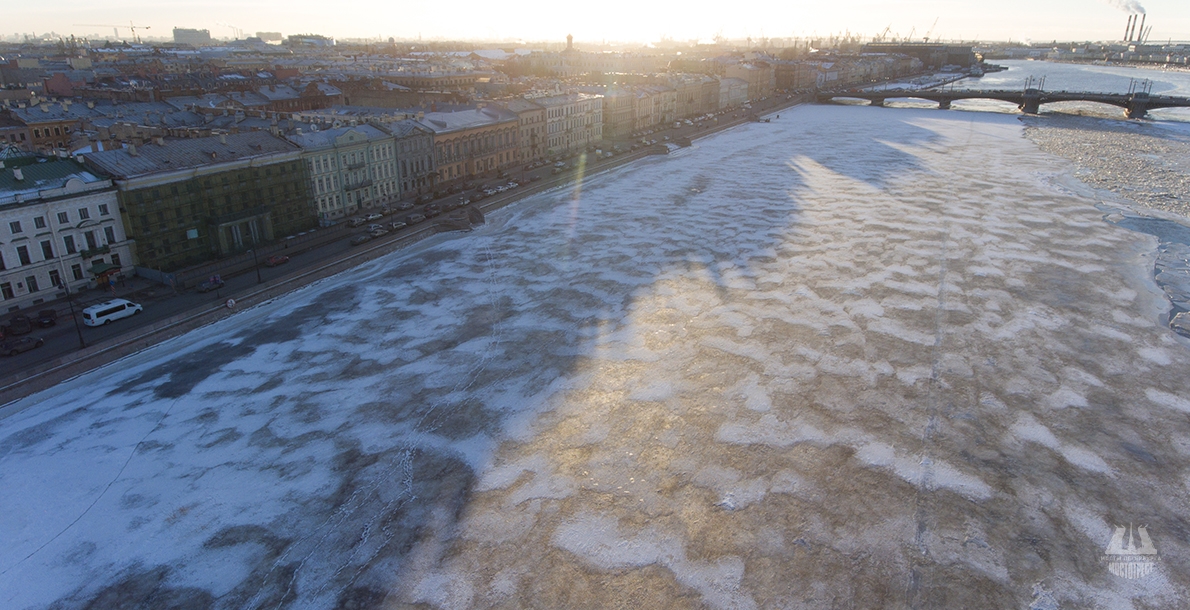 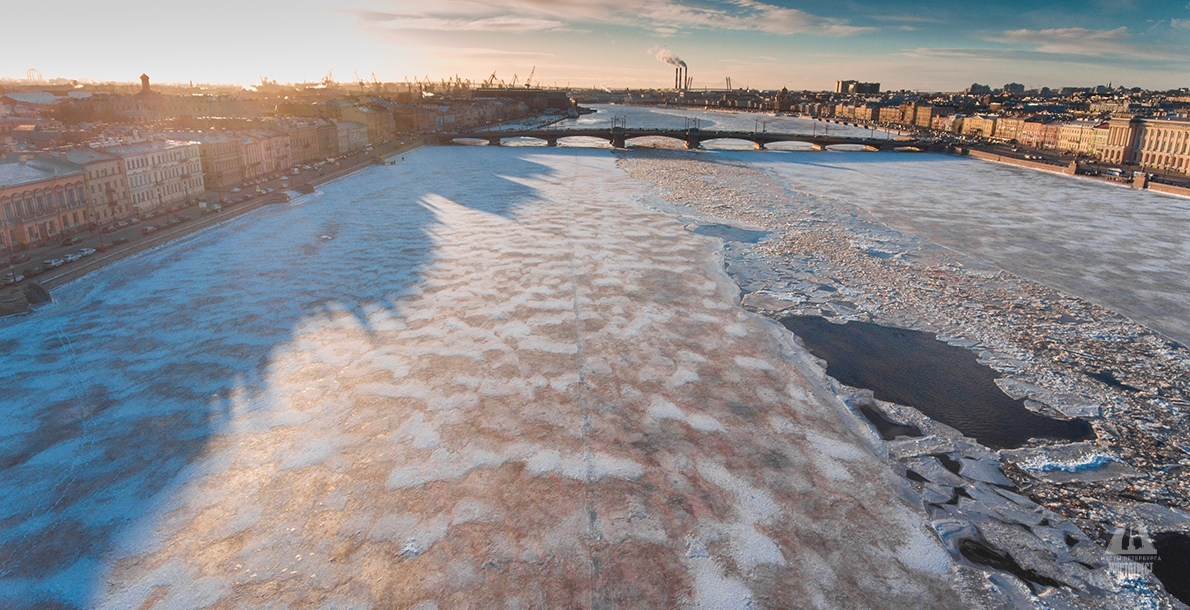 English Embankment is located on the left bank of the Bolshaya Neva River. It expands from Senate Square to the Novo-Admiralty Canal. It is included in a number of central front left-bank embankments along the Neva River.

The first wooden bank reinforcements of English Embankment appeared in 1730.

In 1762 construction of embankments in Petersburg started from the arrangement of stone berth not far from the Winter Palace. The walls were constructed under the project of architects I. L. Rossi and Yu. M. Felten.

The stone embankment was constructed to the Galernya yard by 1778 passing the territory of Admiralty Shipyards. When constructing, the embankment wall was moved from the building line towards the river by soil backfilling. The wall base is reinforced by driving wooden piles over the areas in the staggered order. Then a stone wall with massive lining of granite blocks is erected. A granite cornice passes onto top with a solid granite parapet. Semi-round descents to the water with very complex granite facing gradually cut the embankment wall facade. This wall remained in such a state for 200 years.

From 1738 the embankment was named Beregovaya Nizhnyaya, then Galernaya and at the end of the XVIII century – English Embankment as Englishmen were settled there. Later there was English Embassy and English church there.

Since 1919 it was renamed as Krasny Flot Embankment after the seamen-revolutionaries landed here to take part in the attack on the Winter Palace. At the same time, opposite building No. 44, below Blagoveschensky Bridge, there was cruiser Aurora which made the historical shot to the Winter Palace. The place is memorized with the stele with the inscription about this event. In 1994, shortly before the Queen Elizabeth II of Great Britain arrived in St. Petersburg, the embankment was renamed as English Embankment again.

A lot of historical events have happened on the embankment for over 200 years.

In 1727 the first Isaakievsky Pontoon Bridge across the Neva River connected the Admiralty Island with the Vasilyevsky Island. Since1782 the embankment is decorated with the Bronze Horseman monument. In 1820-1824, after outer canals backfilling, Palace berth and Petrovsky descent were constructed around the Admiralty. In 1850 the first permanent cast iron bridge (Blagoveschensky Bridge) across the Neva River was opened.

In 1954-1956 the major repair of fairly large section of the embankment was repaired: piled foundation was reinforced, as well as two river rows of wooden piles were driven, and a reinforced concrete layer was arranged under them, a rubble work was partially disassembled and granite facing was assembled.

On English Embankment there is the oldest section of the 130 m long wall constructed in 1784 and embankment sections adjoining the abutments of Blagoveschensky Bridge from the upstream and downstream sides, which probably remained from the time of the first cast iron bridge construction in 1850.