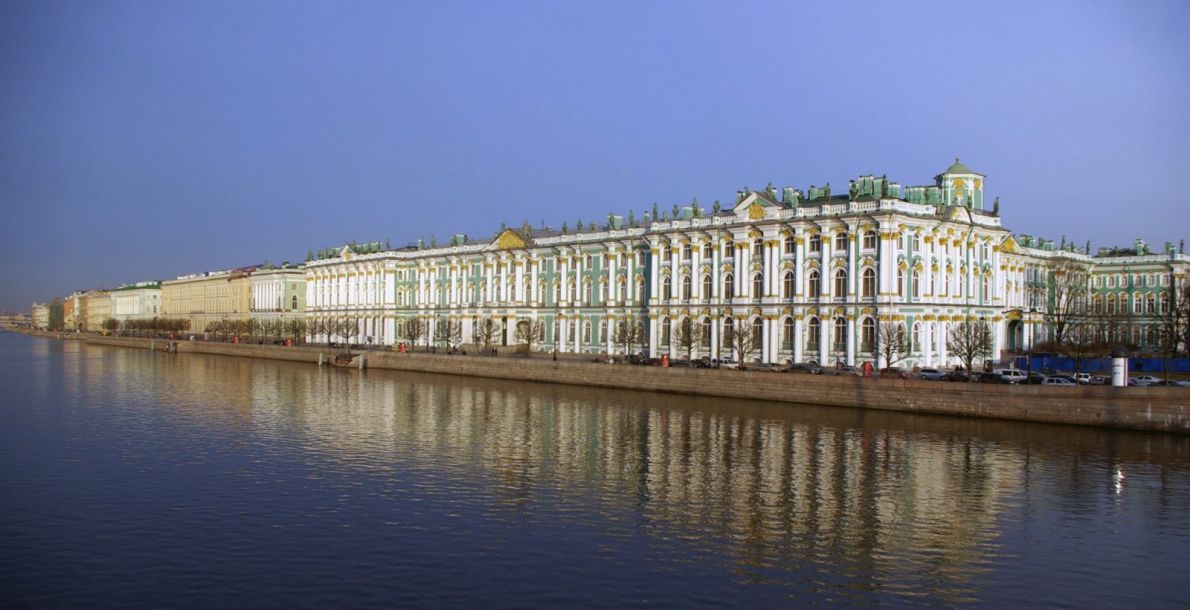 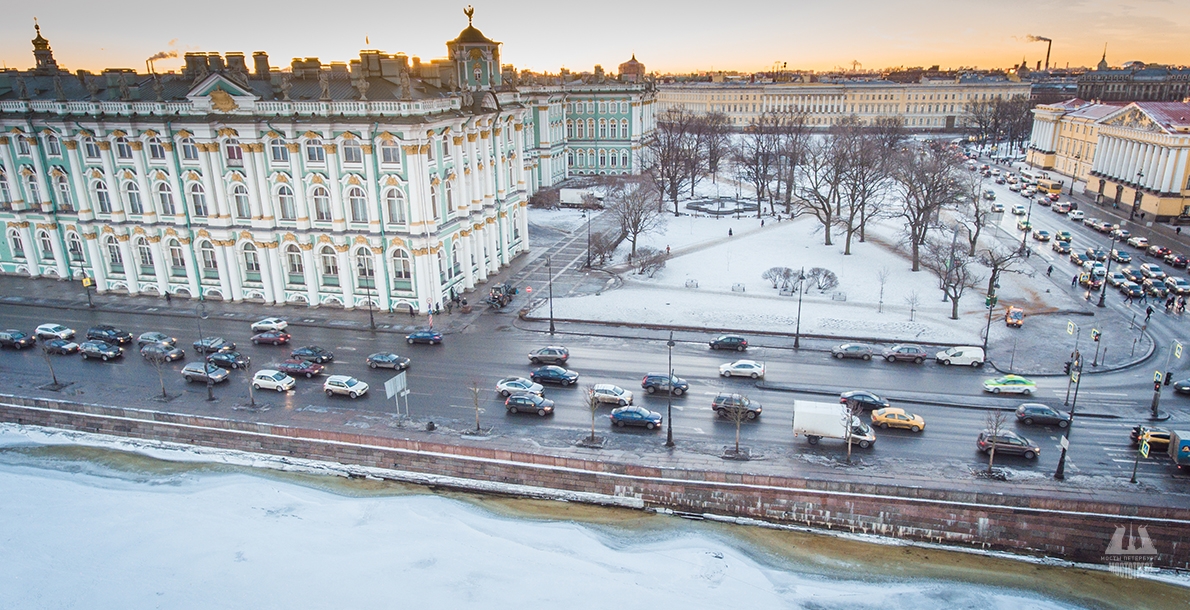 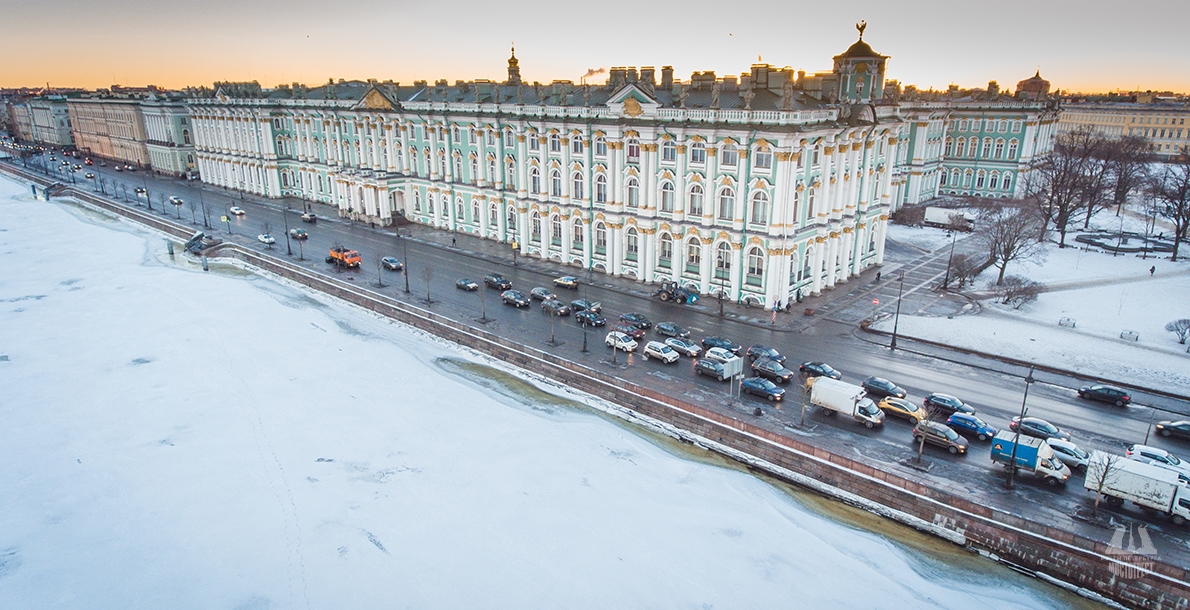 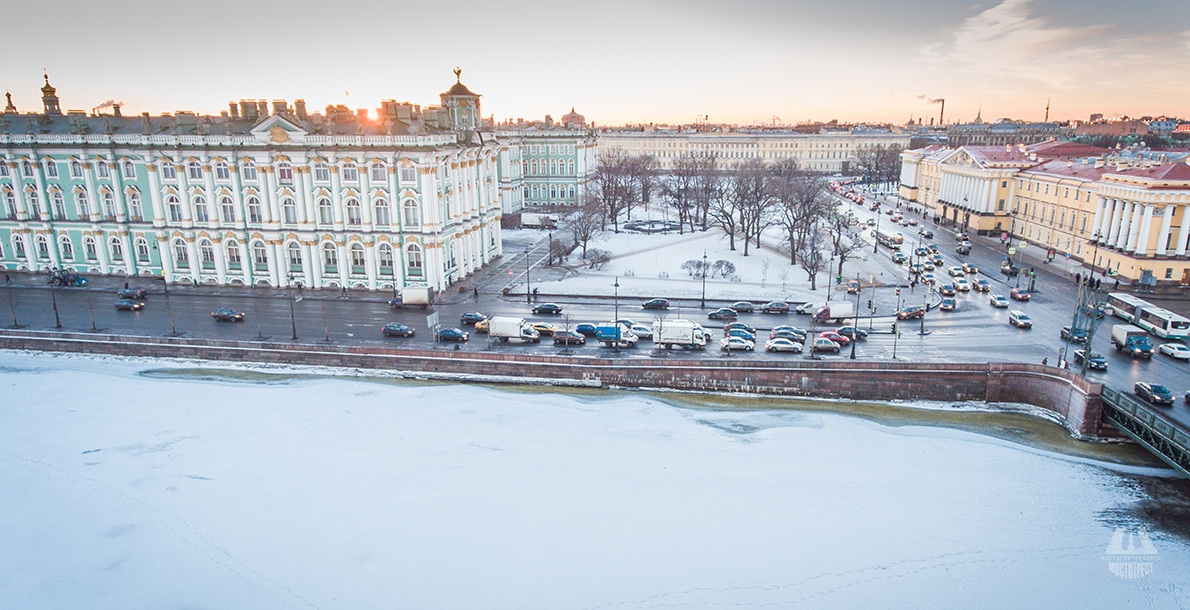 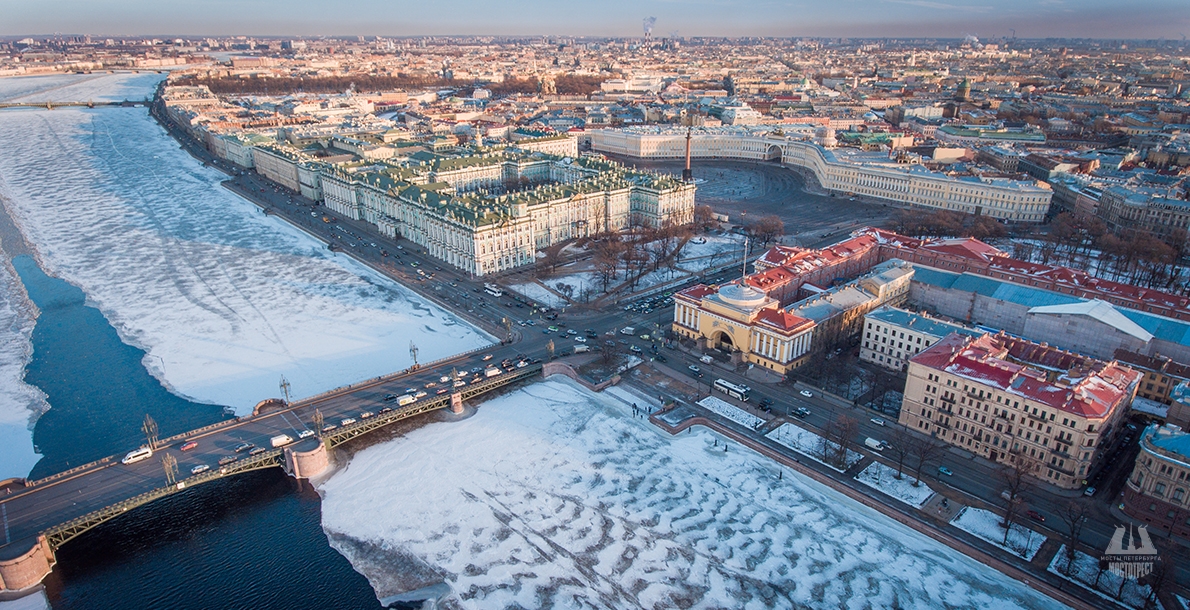 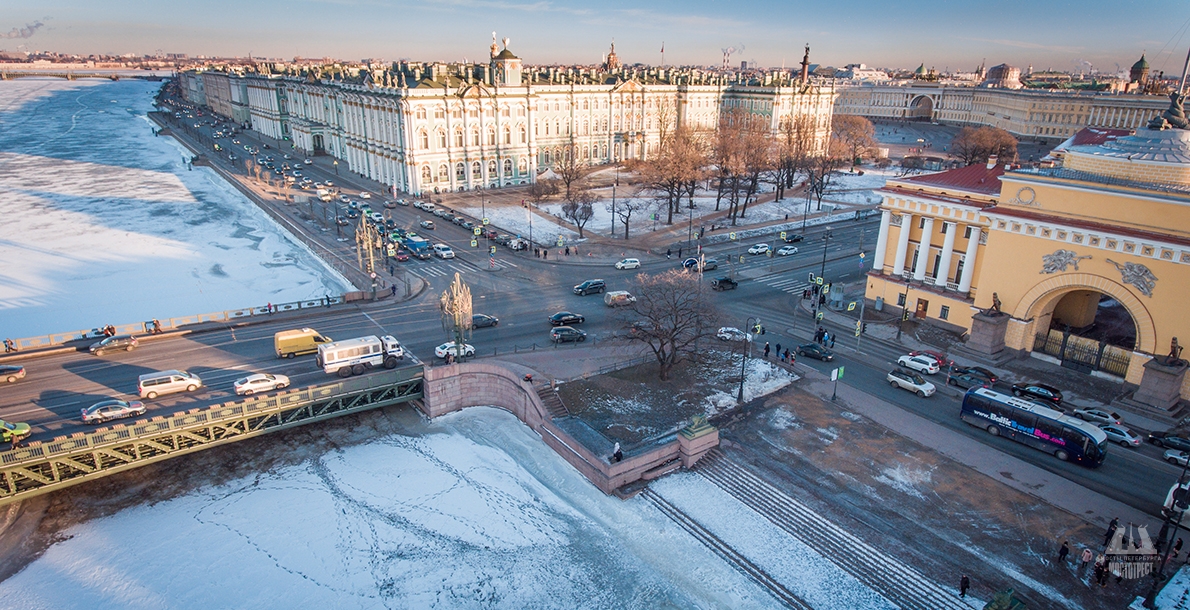 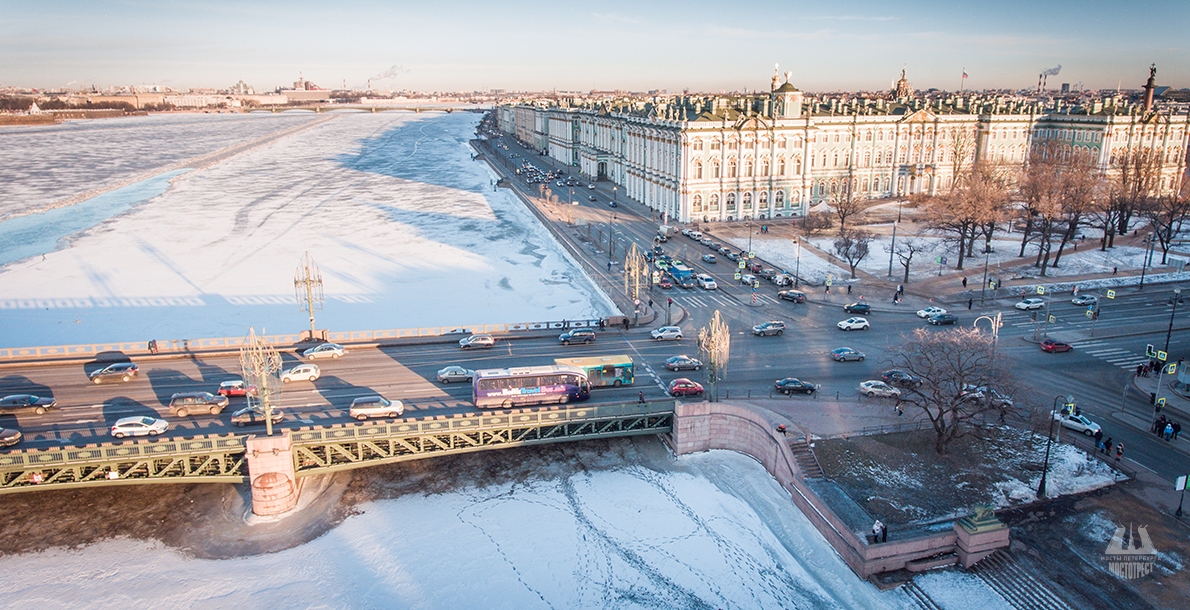 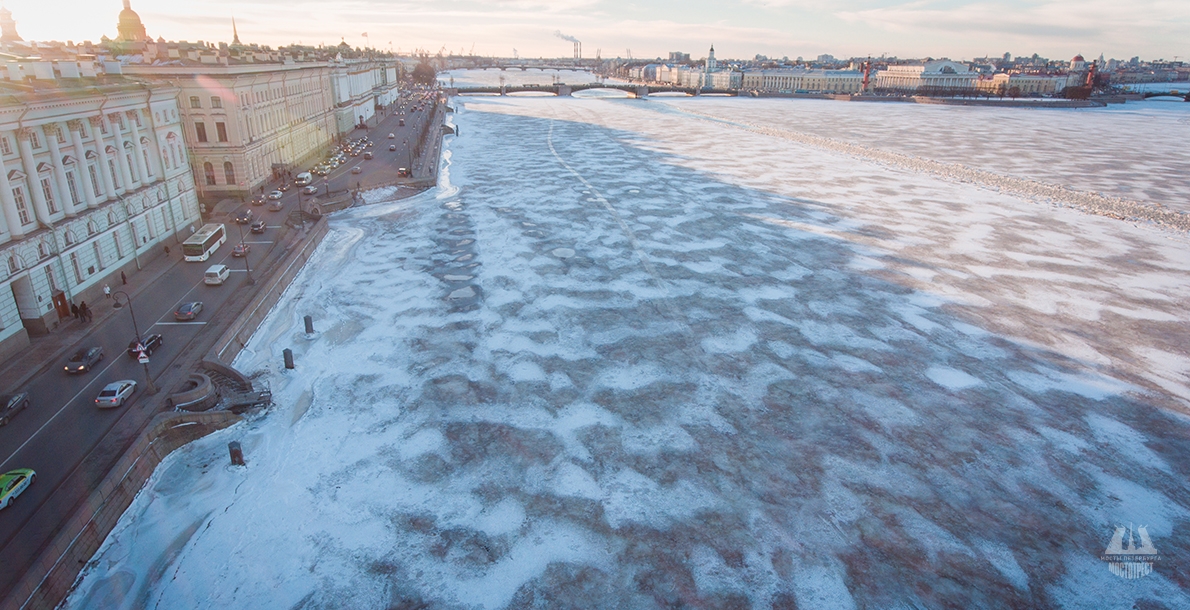 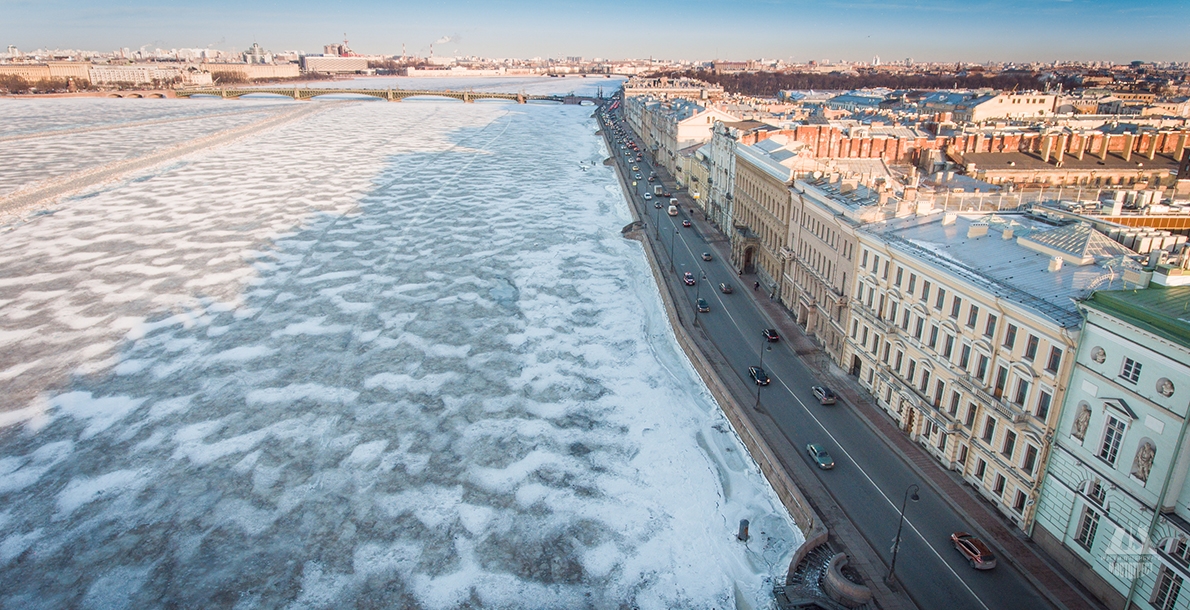 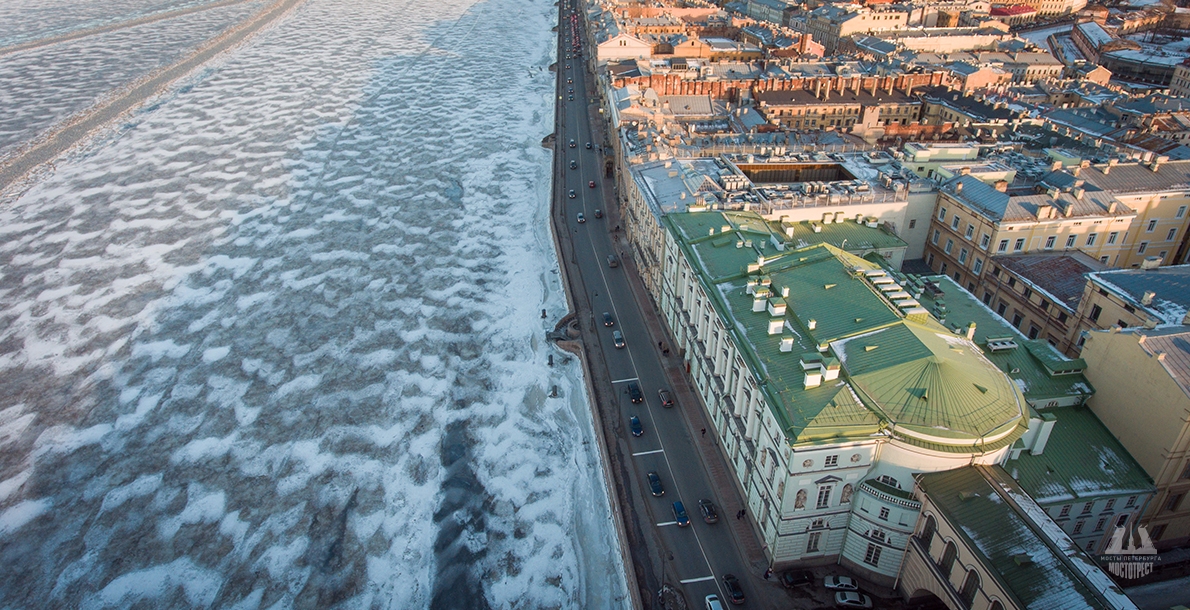 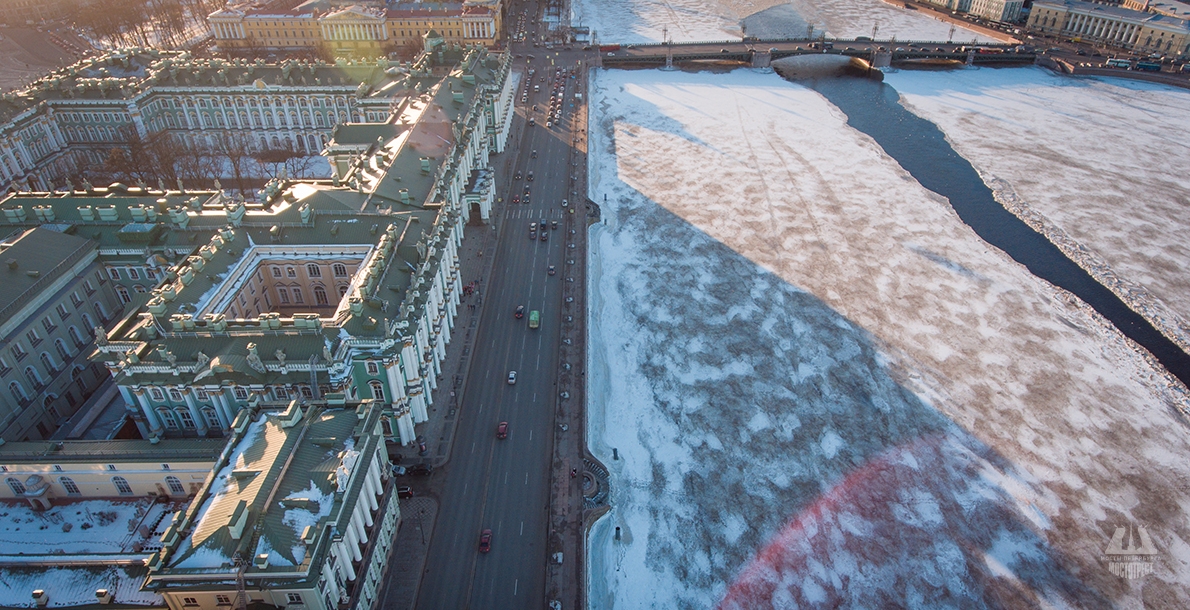 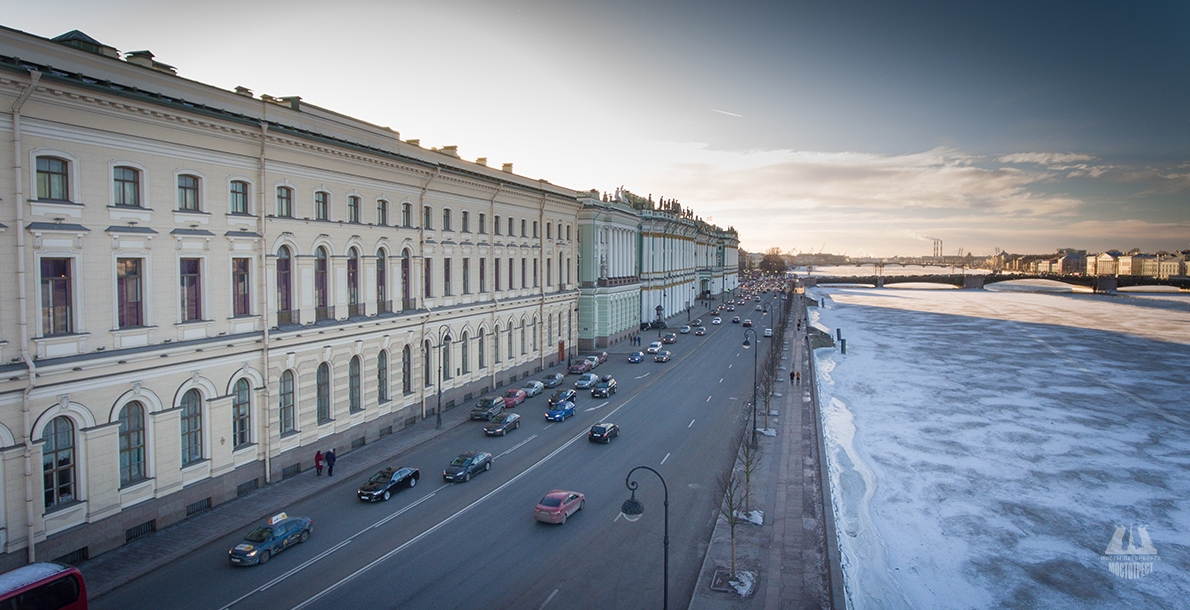 Palace Embankment is located in the Central District, on the left bank of the Neva River. It expands from the Fontanka River to Palace Bridge. It is one of the central embankments of the city.

In the beginning, under the decree of Peter the Great, the reinforcement of the Neva Delta river banks was built of wood, but they quickly deteriorated.

On January 24, 1715, when the order about creation of "street embankment from the Admiralty to the Post yard" was issued, construction of Palace Embankment, the first stone embankment on the Neva River, began.

By 1717 the piles driving on the left bank from the Post yard (on the place of the Marble palace) to Galernaya yard was finished. First attempts to build a stone wall of the embankment were made under the project of Neronov in 1720, opposite to Summer garden, near the Winter Canal, but due to instability of the basis consisting of wooden boxes, filled with stone, like grillages, the wall began to sink and destroy by 1723.

In July, 1762, the funds for the embankments construction, dressed with hewn "wild sea stone» – granite, have been assigned. Opposite to the Winter Palace the stone berth was erected in 1762. Next year upwards and downwards from the berth, the construction of a stone wall of the embankment under the project of I.L. Rossi with original semicircular descents begins.

From 1764 till 1868 the section of the embankment from the Winter Canal to Fontanka was built. In 1760-1770, opposite Summer Garden, wooden piles of the wall basis were hammered and backfilling with ground was performed, it removed the bank line by 70 meters. By 1770 the wall at the Winter Palace began to destroy, which required its rebuilding. In 1772-1784 the sector was reconstructed, and the wall was transferred towards the river.

Along the embankment there is continuous historical development of buildings with admissions of the canals running into the Neva River.

For many years operation the embankment began to be deformed. In 1925 the Hermitage descent was repaired. In 1925-1929, major repair of the wall on the big section of the embankment was consistently made, including the pile basis.

In 1950s the non-repaired in 1929 section – from Troitsky Bridge downstream to the House of Scientists - was repaired.

On the section adjoining the foundations of Palace Bridge, in 1962, 2 rows of inclined wooden piles were hammered into the existing pile basis from the river side.

The embankment is under the state protection.