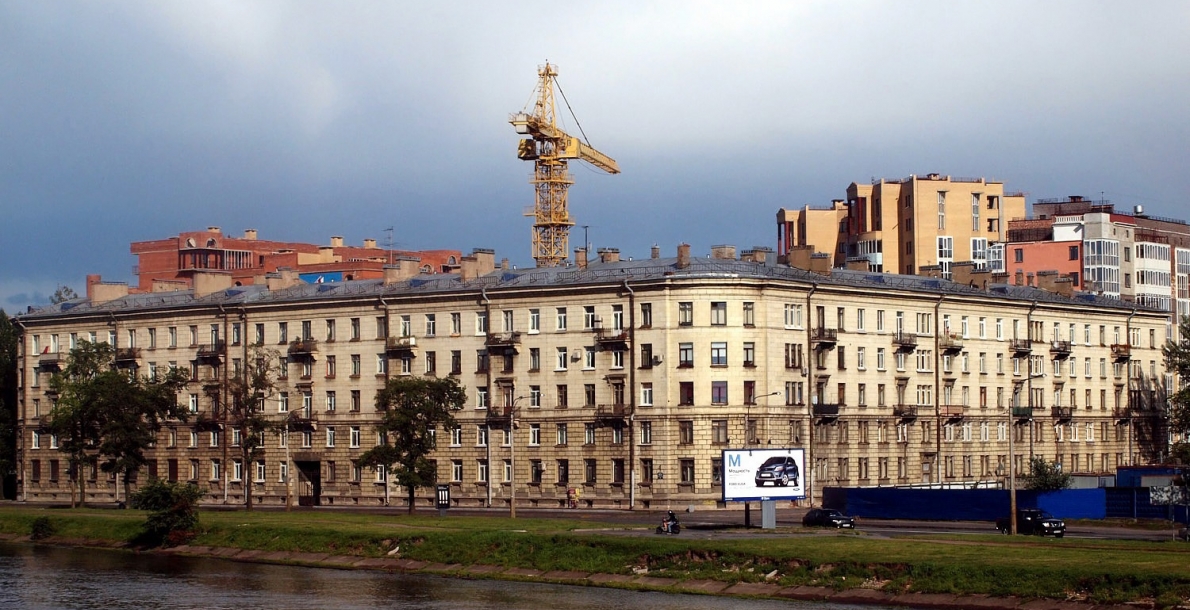 Admiral Lazarev Embankment is located in the Petrogradsky District on the left bank of the Malaya Nevka River between Bolshoy Krestovsky and Lazarevsky Bridges and was named after Admiral Lazarev since December 15, 1952.

Mikhail Petrovich Lazarev lived in the XVIII-XIX centuries and was a commander of naval units of the Black Sea Navy Fleet, and in 1820, he became the pioneer of Antarctica. A nuclear-powered cruiser was also named in his honour.

In 1820s alongside the embankment there was the Nevsky Garrison Regiment settlement. The regiment was named Koltovsky as per the family of its commander, Colonel Petr Koltovsky. The barracks of the Koltovsky Regiment settlement designated the names for eight settlement streets accessing to the Malaya Nevka River. Sequentially, the area of the former settlement was reconstructed. Currently, only one street exists, it remains name Srednyaya Koltovskaya (it is located between Pionerskaya Street - the former Bolshaya Koltovskaya and Malaya Zelenina Streets).

In this place the left bank of the Malaya Nevka River is rather high with an abrupt slope. In 1979, during the major repair of Bolshoy Krestovsky Bridge from its downstream side, a wooden piling wall of 15 m shall be constructed. It is designed to withhold the slope and a sidewalk on the way to the bridge. In 1998 a 12 m wall section was thoroughly repaired – the reinforced concrete piles are laid from the river side and a reinforced concrete ledgement is arranged. Throughout the wall, downstream, in 1980, a ground slope foot was reinforced by the package of four reinforced concrete piles. They lay horizontally along the bank line and are interconnected over the length by the solid-cast clusters. Reinforced concrete slabs for embankment slope reinforcement are rested on the piles.

From Admiral Lazarev Embankment you can easily reach Krestovsky Island, one of the citizen’s favourite resting place during warm weather. The embankment is connected to the island by two bridges – Bolshoy Krestovsky Bridge and Lazarev Bridge.