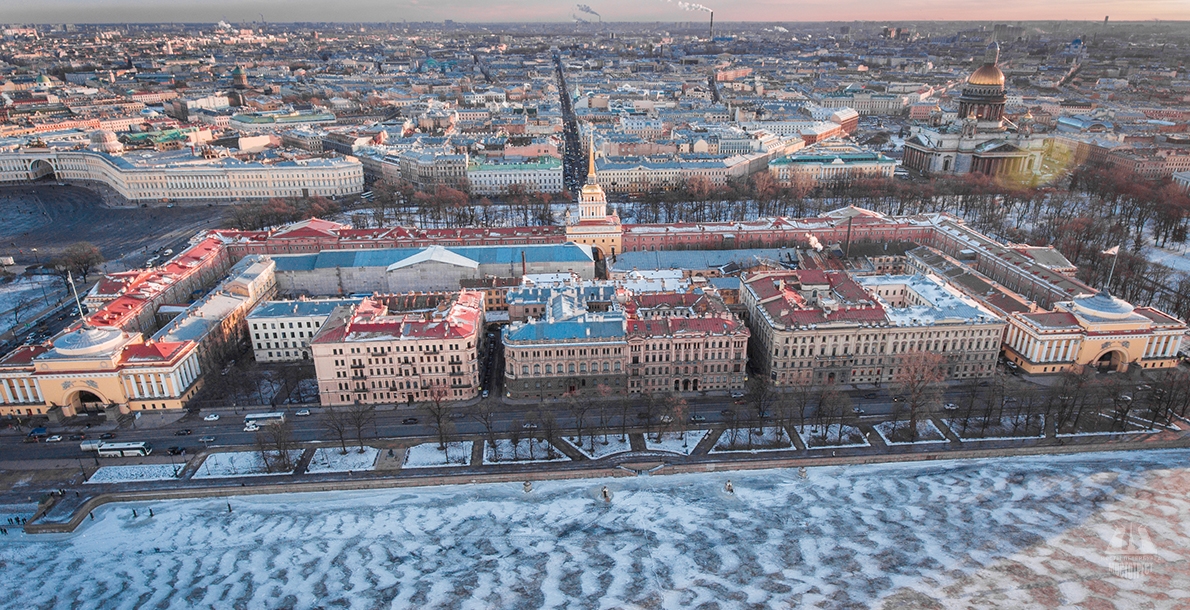 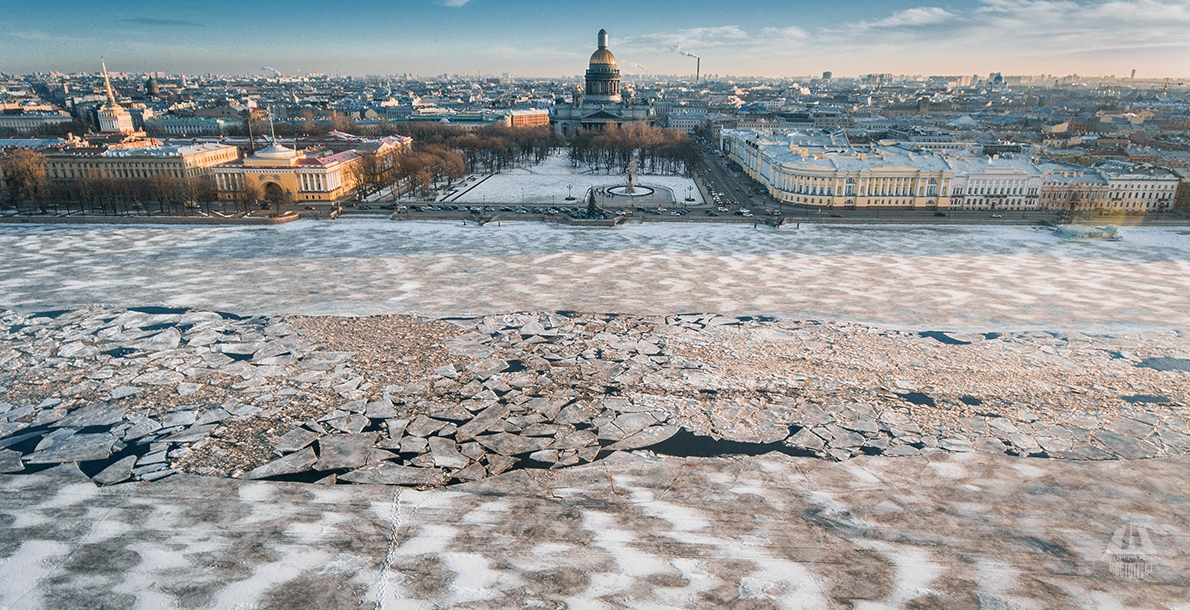 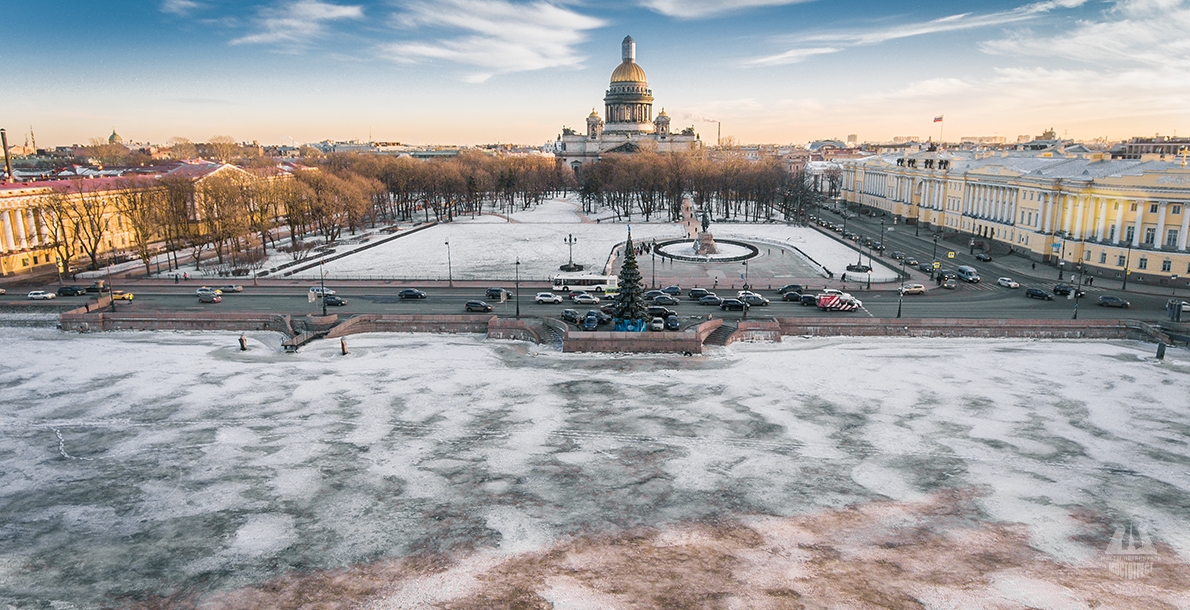 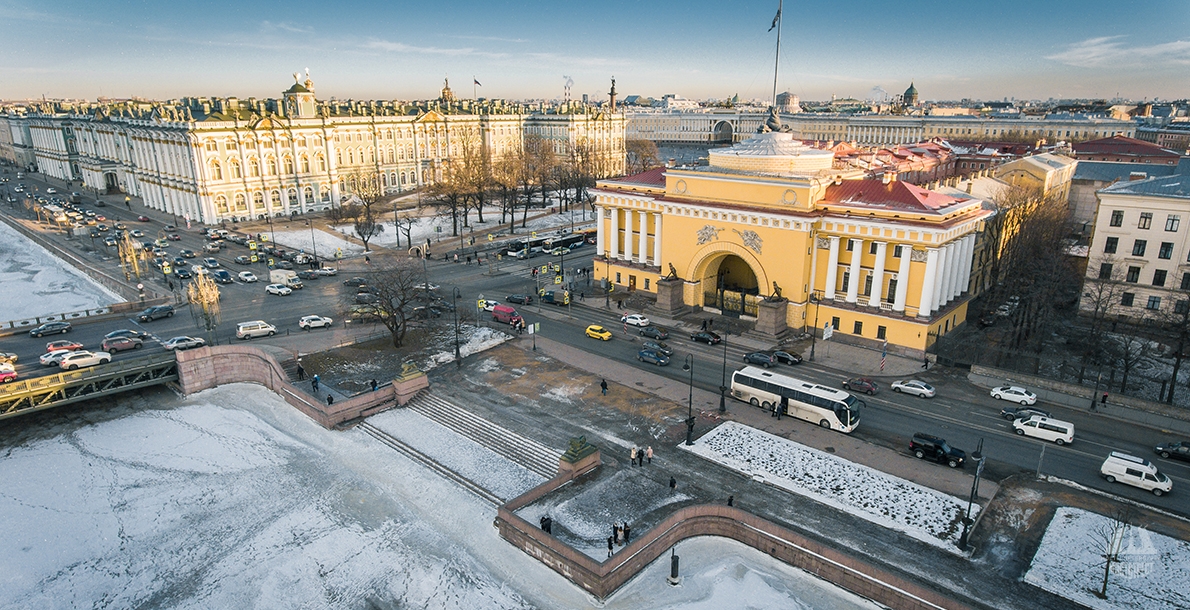 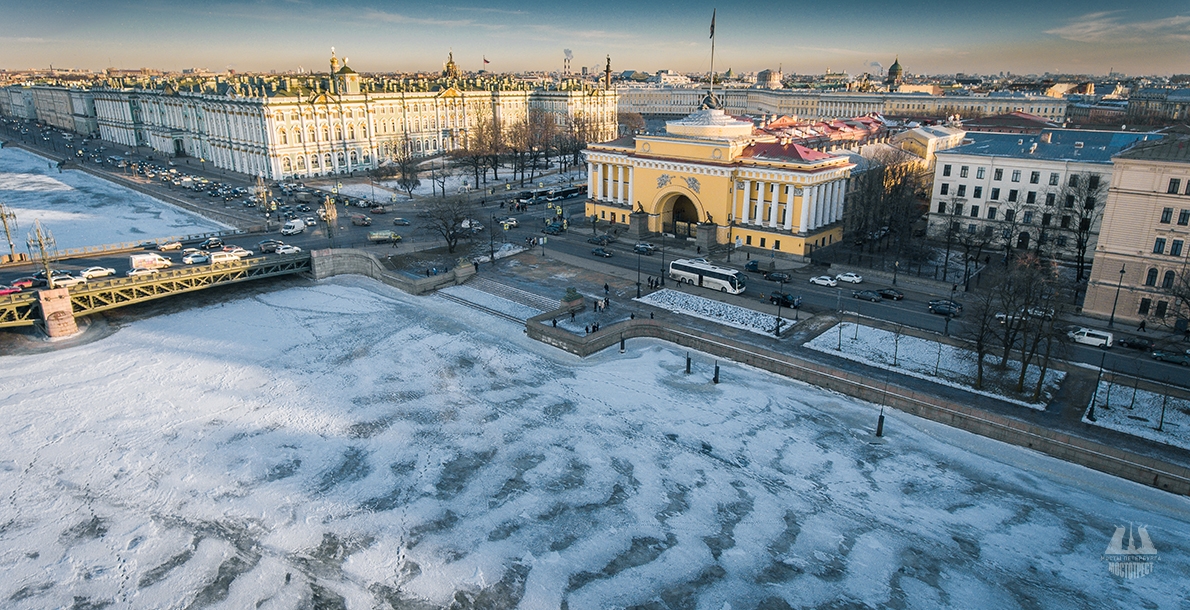 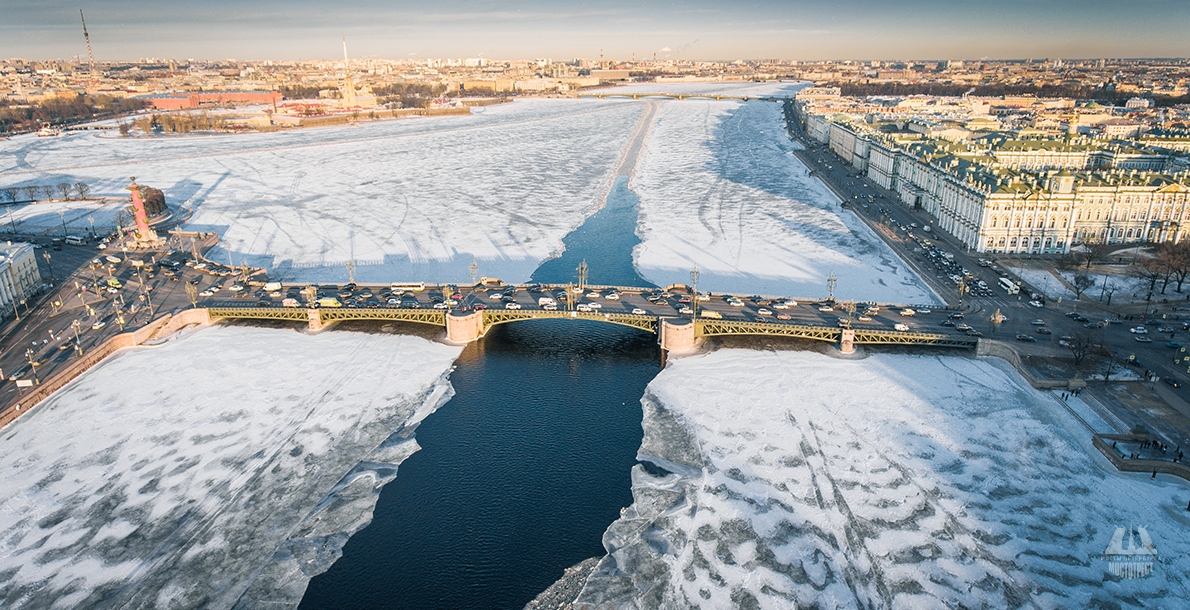 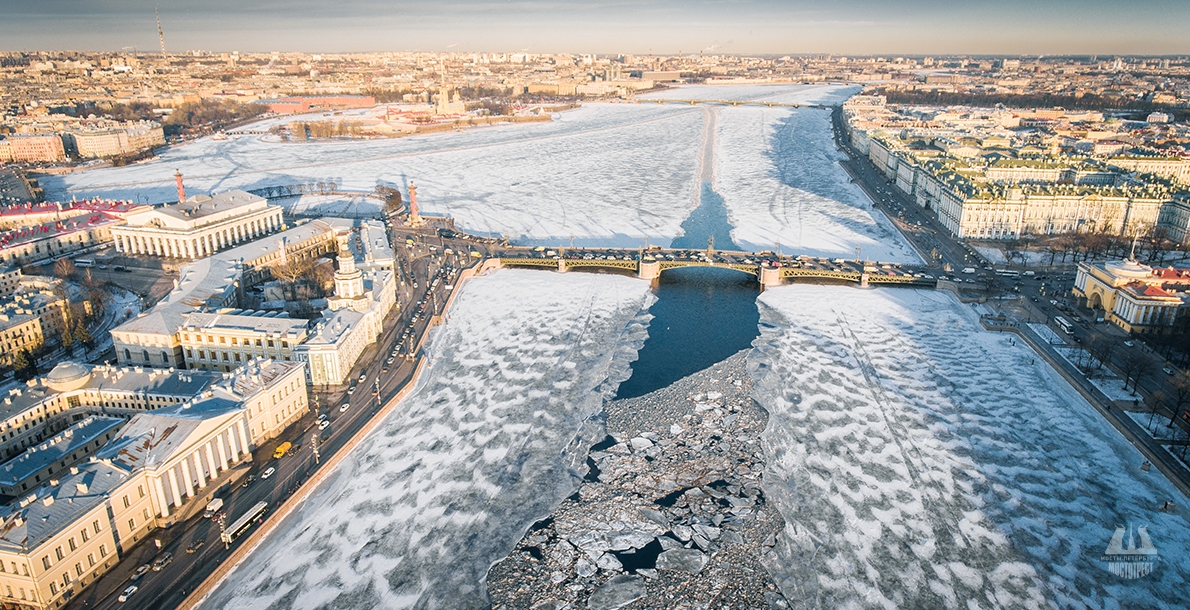 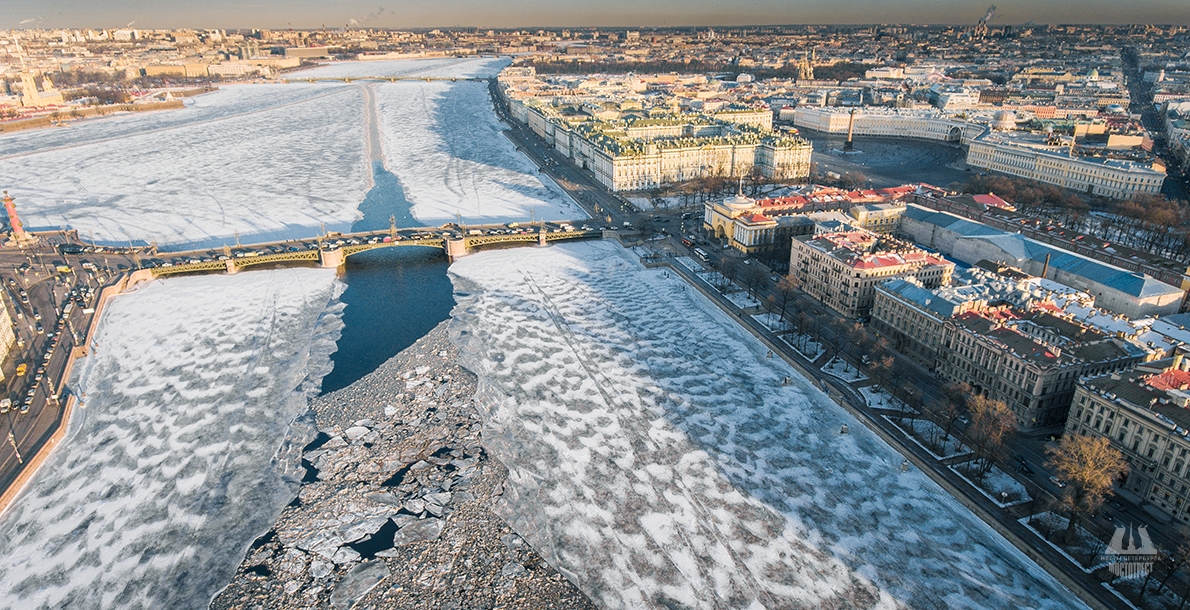 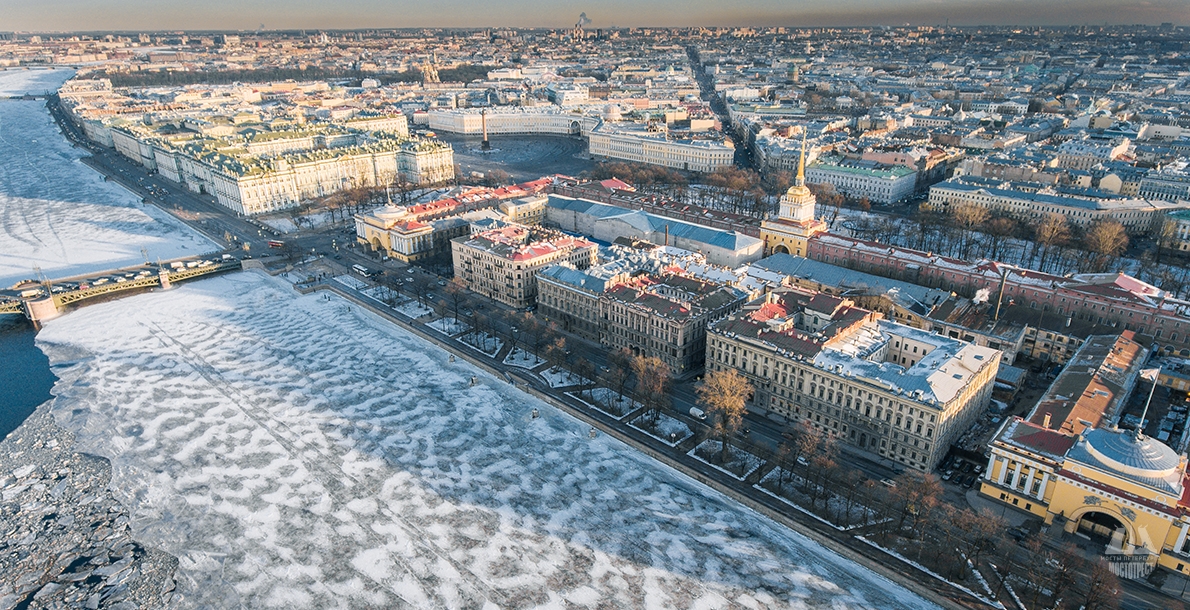 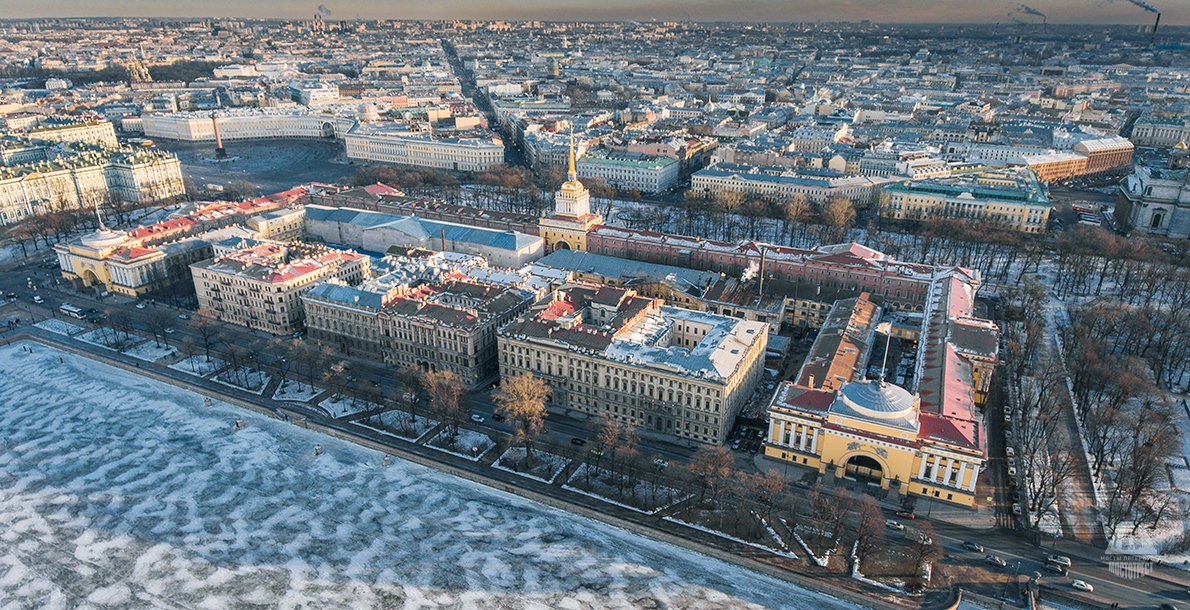 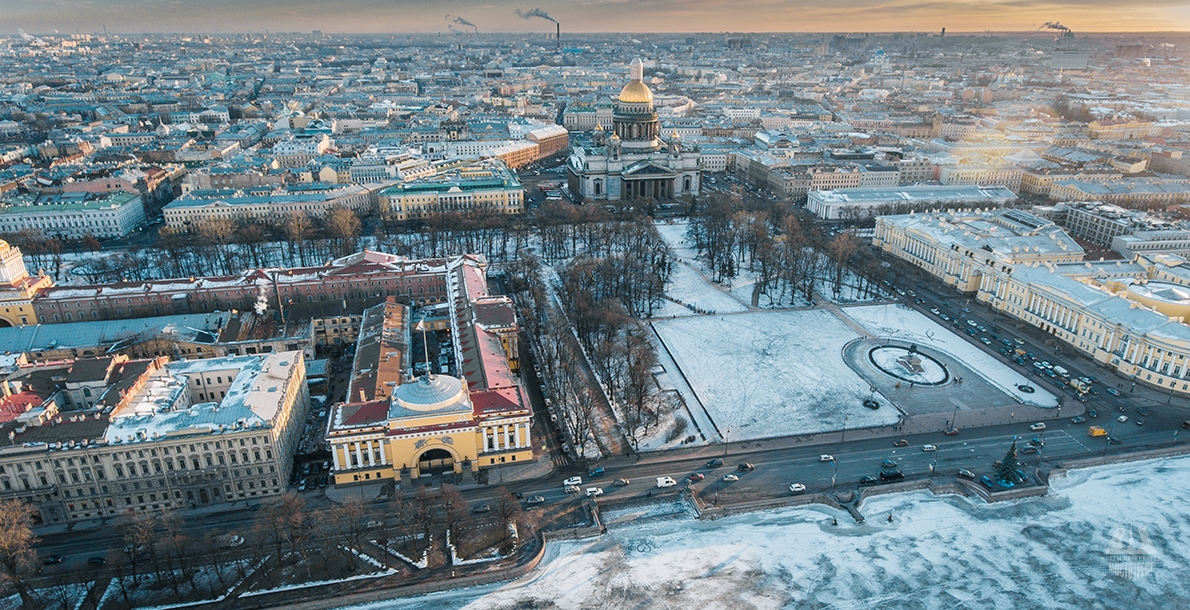 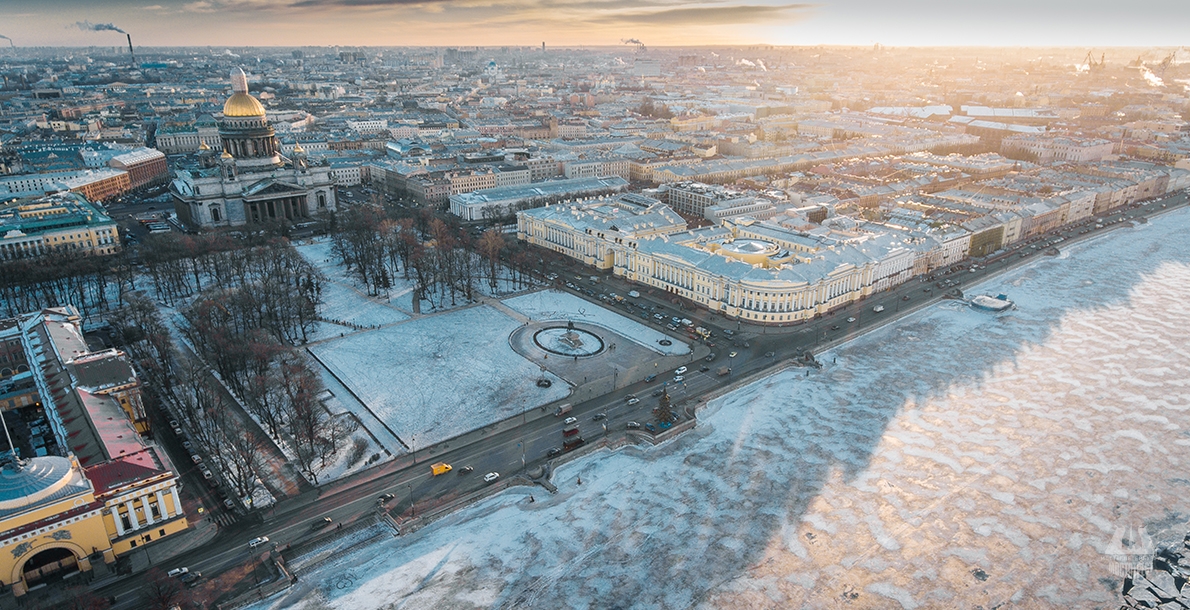 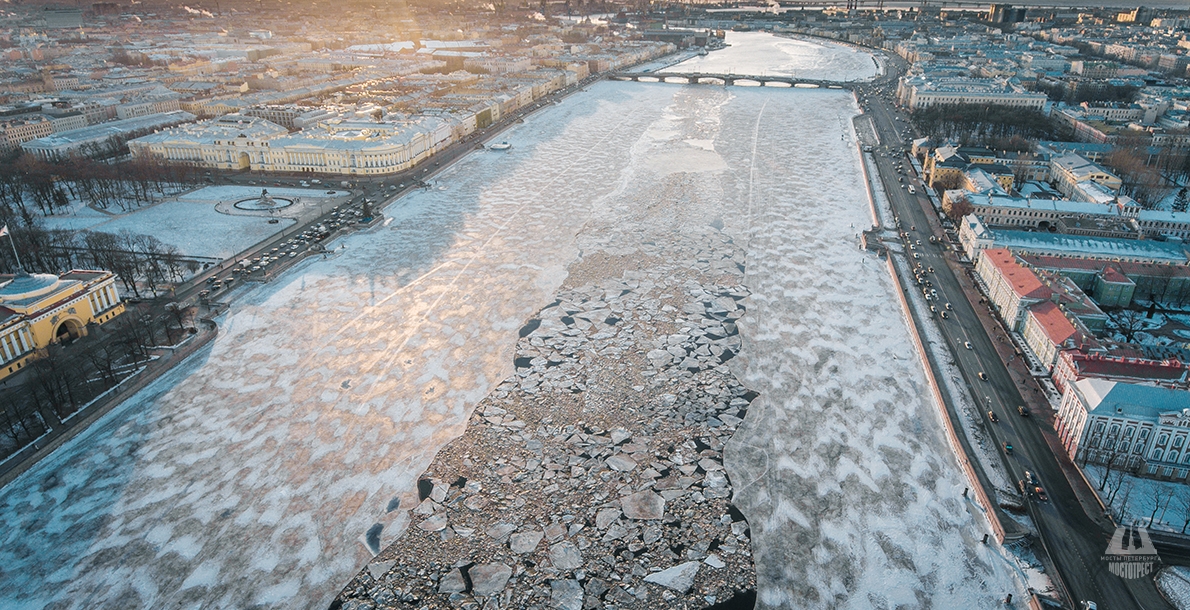 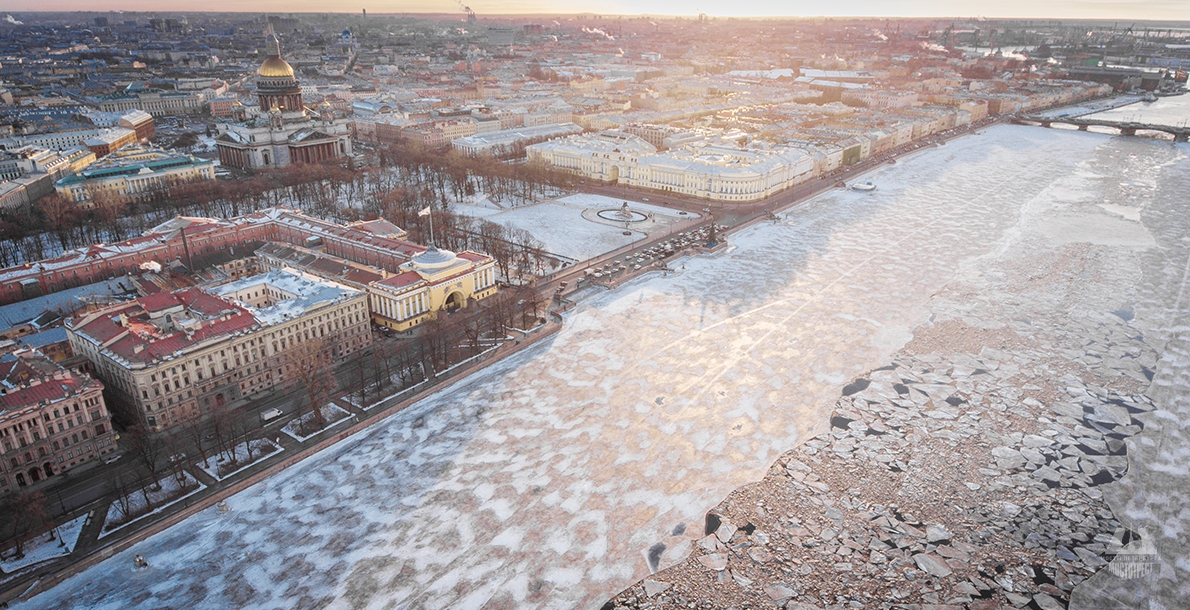 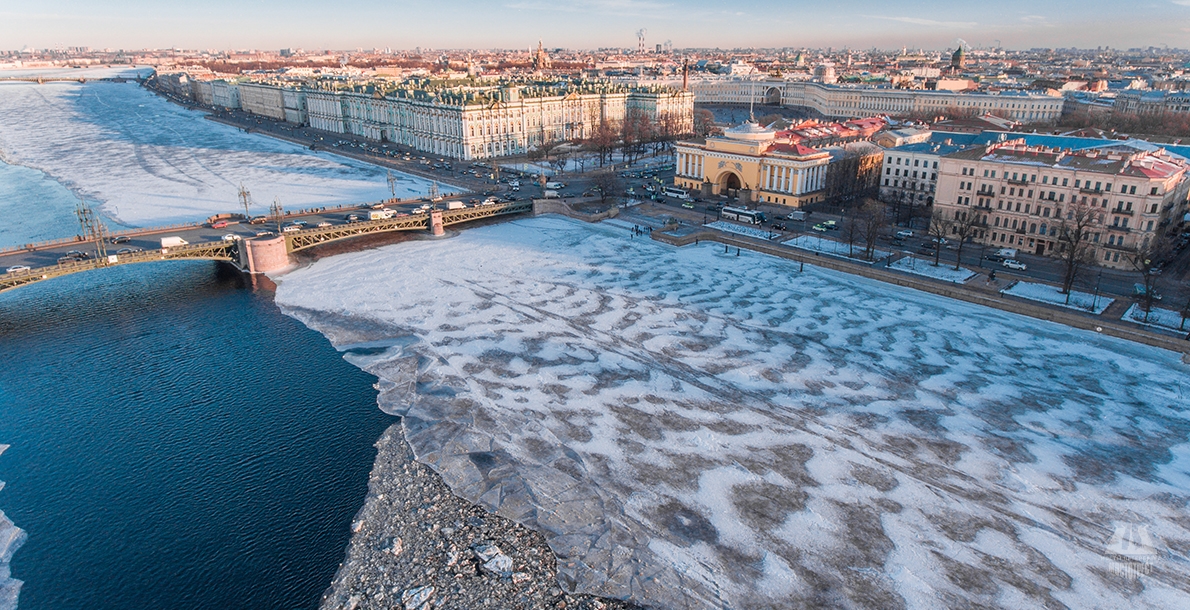 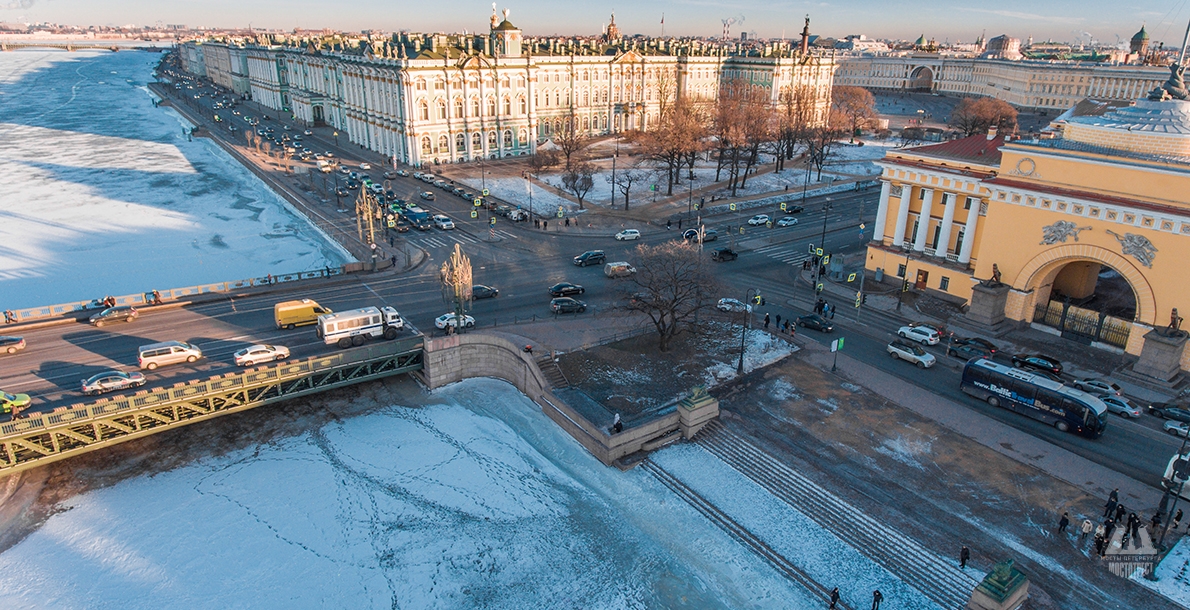 Admiralty Embankment is located in Admiralteysky District of St. Petersburg on the left bank of the Bolshaya Neva River. It extends at the section from Palace Bridge to Dekabristov Square. The embankment name is associated with the located Admiralty building, which age is more than 300 years. By the way, the word “admiral” has the Arab origin and literally means “The Sea Lord”.

The existing Admiralty building is one of the masterpieces of Russian architecture and it was erected in 1806-1823 under the project of architect A. D. Zakharov.

In 1818-1824, close to the eastern pavilion of the Admiralty, the Palace wharf to the Neva River was built. The project's author is architect K. I. Rossi, engineer-architect A. D. Gotmann. In 1832 vases made of polished Swedish porphyry and figures of lions emboss from copper sheet at Aleksandrovsky Iron Foundry in St. Petersburg were placed at the descent.

In 1873-1874, upon completion of shipbuilding works and canals backfilling within the Admiralty, under the project of engineers V. M. Karlovich and S. S. Selyaninov, a high granite embankment with granite parapets is built. A park is planted along the embankment. Massive tenement houses were built at the end of the XIX century. Stairs descending to the water are arranged over against the Nevsky gates of the Admiralty.

The Palace berth-descent was earlier placed closer to the Winter Palace, however in 1914-1916, during construction of Palace Bridge it was shifted to the axis of the eastern pavilion of the Admiralty with remaining figures of lions. As for vases, they were located on the Petrovskaya berth of English Embankment.

Admiralty Embankment is decorated with works of many famous architects and engineers. Building No. 8 is the former grand ducal palace built in 1885-1888 by architect M.E. Mesmacher. In 1993 the forces of Mostotrest SSBEE performed major repair of pedestrian descent located opposite this building.

Admiralty Embankment is an embankment of a new type, the so-called marina with lawn and parterres. For the time of its existence, it changed its name many times. So, in 1922, due to historical influence of the current epoch, it was named after bolshevik S. G. Roshal. In January 1944 the name of the embankment changed into the former one.

The sculpture Tsar Carpenter – a copy of Peter the Great monument installed in 1911 in Netherlands was erected at the embankment in 1996.