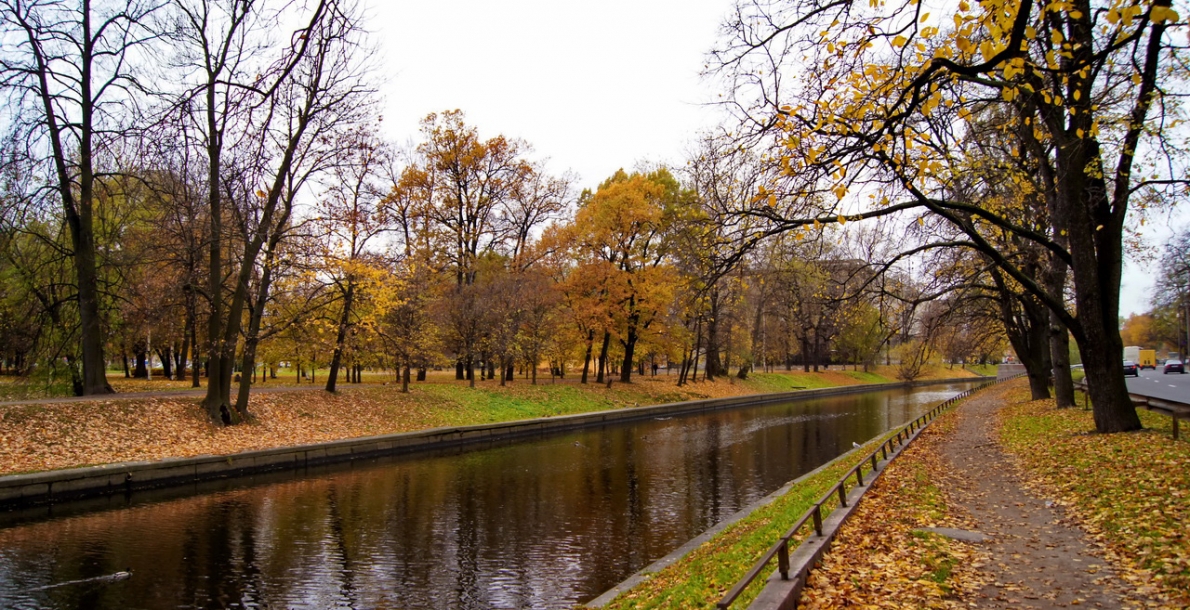 The embankment has an original design which was originally proposed by engineer E.A. Boltunova for Pesochnaya Embankment (during construction of Pesochnaya Embankment this decision was refused). The grillage structure consists of prefabricated elements, and the concreting with sheet piling is carried out in the windows and free length of reinforcing bars from piles.

At the end of 1960 in connection with the project of the Komendantsky airfield development, the decision was made about watering of the Chyornaya River with the Kamenka River waters (excluding spring and autumn flooding). For this purpose a cross flooding duct with locks of 5.9 km length from the Kamenka River up to the headwaters of the Chyornaya River. On the river itself at a length of 2.5 km from the railway bridge downstream, it was proposed to build a permanent embankment with a low banked wall and a green slope, as well as permanent bridges instead of wooden ones.

The decision began to be realized in 1967 with the construction of Lanskoy Bridge with adjacent embankments.

At that, the construction of permanent facilities was performed in the following order: the bridges with adjacent embankments were build first, and then an embankment wall was erected between them.

The last bridge built was Kolomyazhsky Bridge with the embankment sections (1986) and the end section of the embankment on the left bank of the Stroganovsky Bridge to Golovinsky Bridge at the confluence of the Chyornaya River into the Bolshaya Nevka River (1990). Here, along the embankment an underground sewage collector was mounted with mines and emergency discharges to the river. The right bank opposite to this site has no reinforcements (the territory of the North Plant).

Wooden bridges over the Chyornaya River appeared in the middle of the ХIХ century.