The South Embankment of Yelagin Island 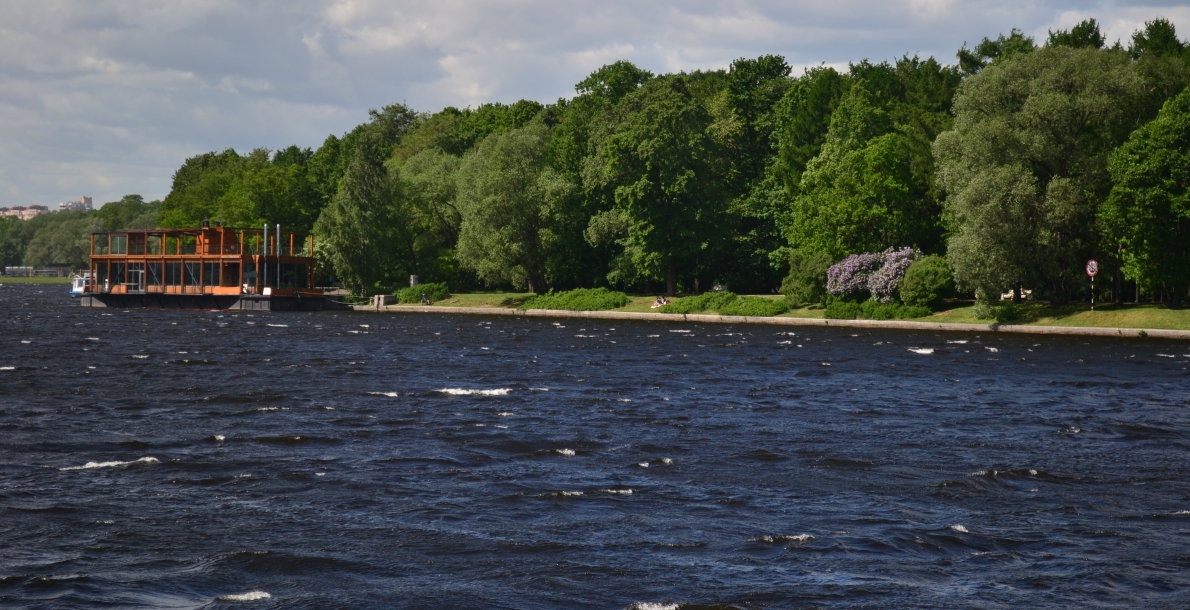 The South Embankment of Yelagin Island is located on the right bank of the Srednyaya Nevka River in Petrogradsky District of St. Petersburg, between the 1st and the 2nd Yelagin bridges.

The embankment is strengthened with reinforced concrete banked wall lined with granite and having a green slope.

There are two granite piers for river passenger ships on the Sradnyaya Nevka River.

The improvement of the island began at the beginning of the XVIII century. In the 1780s the island banks were embanked and strengthened with wood. The ducts to the internal reservoirs were fitted with locks.

In the XIX century the embankments of Yelagin Island were fastened only with tree, preserving the outlines of the reconstruction taken place in 1817.

In 1925 Lengorispolkom decided to hold a comprehensive repair and restoration works on Yelagin Island. In 1927 under the project of engineer B.D. Vasilyev and architect L.A. Ilyin in the western spit of the island a terrace with a high granite wall, stair descents, parapet and benches decorated with limestone sculptures of lions on granite pedestals was built. A powerful concrete slab of the terrace base became a structural innovation.

In 1970-1971 under the project of engineer P.P. Ryazantsev and architect L.A. Noskov the island banks between the 1st and 3rd Yelagin bridges were reinforced with the concrete banked wall, and in 1978-1984 under the project of engineer A.A. Sokolov and architect N.A. Moskvin - the banks of the Srednyaya Nevka and the Bolshaya Nevka rivers were reinforced in the same way.

In the history of architecture and landscape art of the XVIII-XIX centuries one of the most honorable places is occupied by the palace and the park ensemble of Yelagin (Elaginsky) Island.

A small swampy island in the north-western part of the Neva River delta as a result of a huge effort was turned into one of the most beautiful parks. Hundreds of oaks, ash trees, maples, lindens and larches were planted on the island.

An integral part of the ensemble is the Yelagin Palace, its administration building and park pavilions created by prominent Russian architect K.I. Rossi. In front of the palace there was a broad meadow named Maslyany, as in the XIX century Maslenitsa festivals were held there.

In 1932 Central Recreation and Leisure Park was opened on Yelagin Island.