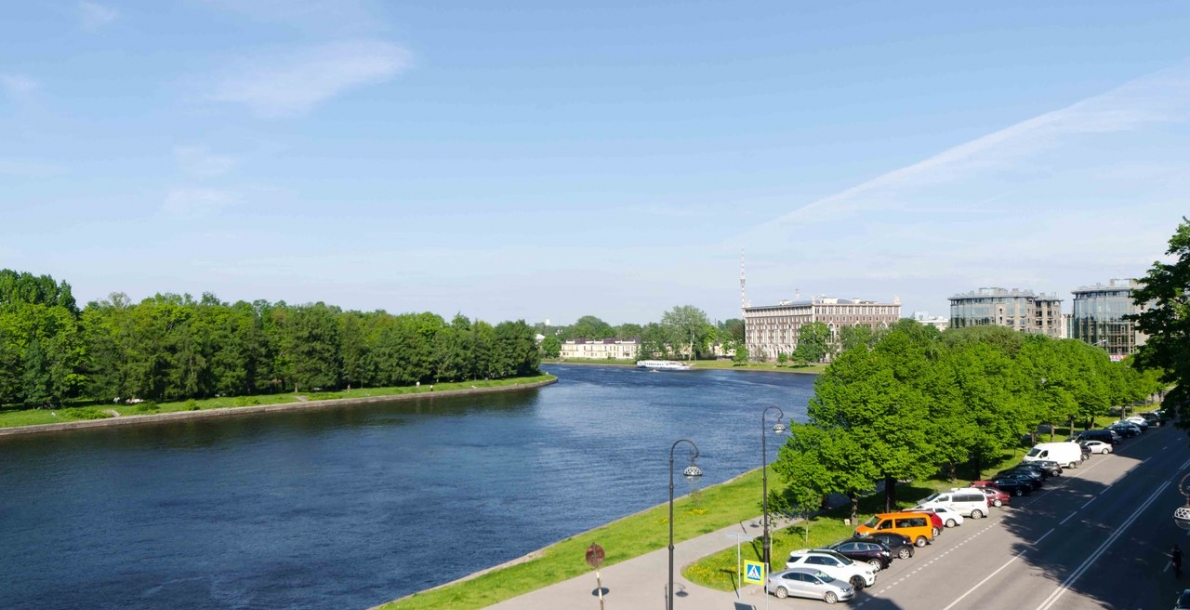 Opened in: the end of the XIX century

This is a low banked wall with hanging reinforced concrete blocks without facing, with very gentle green slope. The red line of embankment wall was taken out into the river, the bank was planned with soil filling up.

In 1909-1939 the embankment was named the Srednyaya Nevka River Enbankment, then it was named after M.I. Martynov, Chairman of Kronshtadt Council.

Where Deputatskaya Street faces the embankment, in 1979-1980 new buildings of Sportivnaya Hotel were erected, neighbouring area was developed including the embankment was built in front of the hotel.

In 1983 downstream, the bank slope foot was reinforced with a solid block of reinforced concrete piles.

The hotel existed until 2010. In 2016 Martynova Embankment was reduced to Bodrov Lane. The existing road along the bank of the Grebnoy Canal and its new prolongation to the west up to North road receive their individual name – the Grebnoy Canal Embankment. At the same time the section of Martynova Enbankment from the Grebonoy Canal to the north-west, so called Bezymyanny peninsula, lost its name.

At the end of embankment since 1846 there is Emperor River Yacht Club Nevsky Fleet named so after the same club established by Peter the Great in 1718. In 1872 Peter the Great monument was installed there; sculptor A.I. Sokolov.