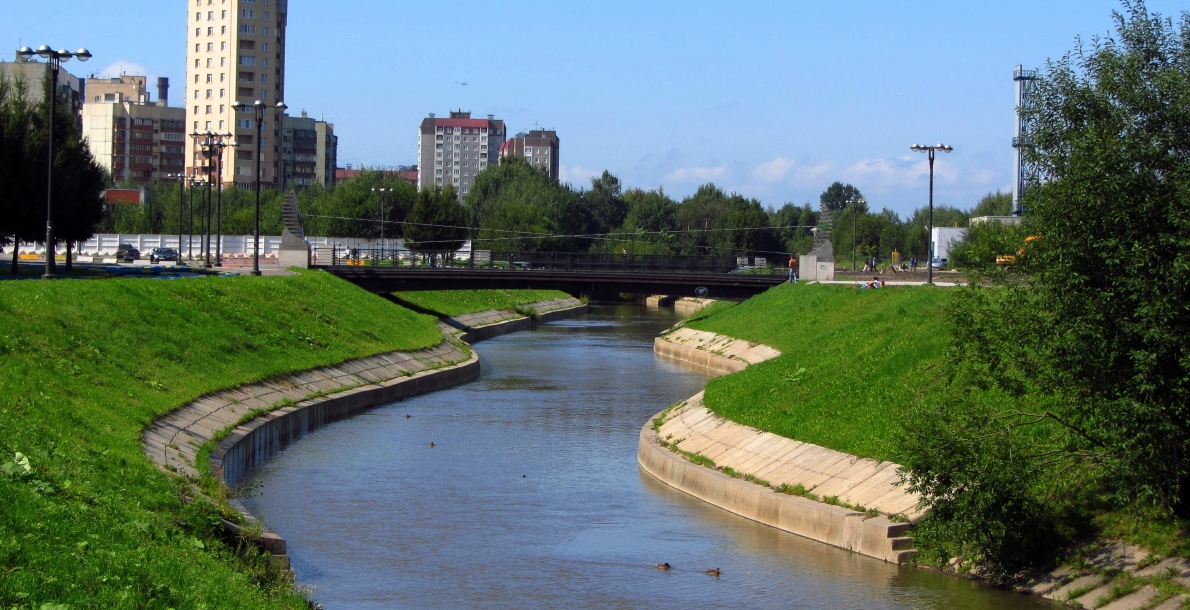 Opened in: the middle of the XIX century

Downstream of Dybenko Bridge over the right bank there is a banked wall.

In the way of the Ice Palace the bank reinforcement on both river banks was made as a low banked wall on piled foundation of vertical reinforced concrete piles and inclined or vertical metal fillet.

The river bank reinforcement are mainly located at places where they are adjacent to the bridges.

During the construction works a twisting river bed was straighten and deepened.

The oldest bridge on the Okkervil River is Utkinsky. Before 1980 the bridge was wooden, then it was completely repaired.

In the way of Yablonovsky and Bolshoy Yablonovsky Bridges the river banks are not reinforced, except for slopes and cones under the bridges and small sections of embankment on both banks (they were constructed in 1998) in the way of Granitnaya Street. At this section the Okkervil River crosses HP and MP gas syphons and sewage collector.

All further bridges built upstream of the current, including Zanevsky Bridge, appeared in the 1970s due to the development and construction of the right bank territory of the Neva River.

Downstream of Dybenko Bridge on the right bank, in 1975 a low banked wall was constructed and it was reconstructed in 1979.

In 2000 due to the construction of the Ice Palace and the development of adjacent areas through the Okkervil River, pedestrian and road bridges, as well as embankments were constructed on the river left and right banks.

Okkervil is one of the oldest names in the city limits. It was presented on the Sweden map of 1666. Then on the Bolshaya Okhta River tributary bank there were Swedish colonel Okkervil’s estate. Hence, the river name came from this estate.