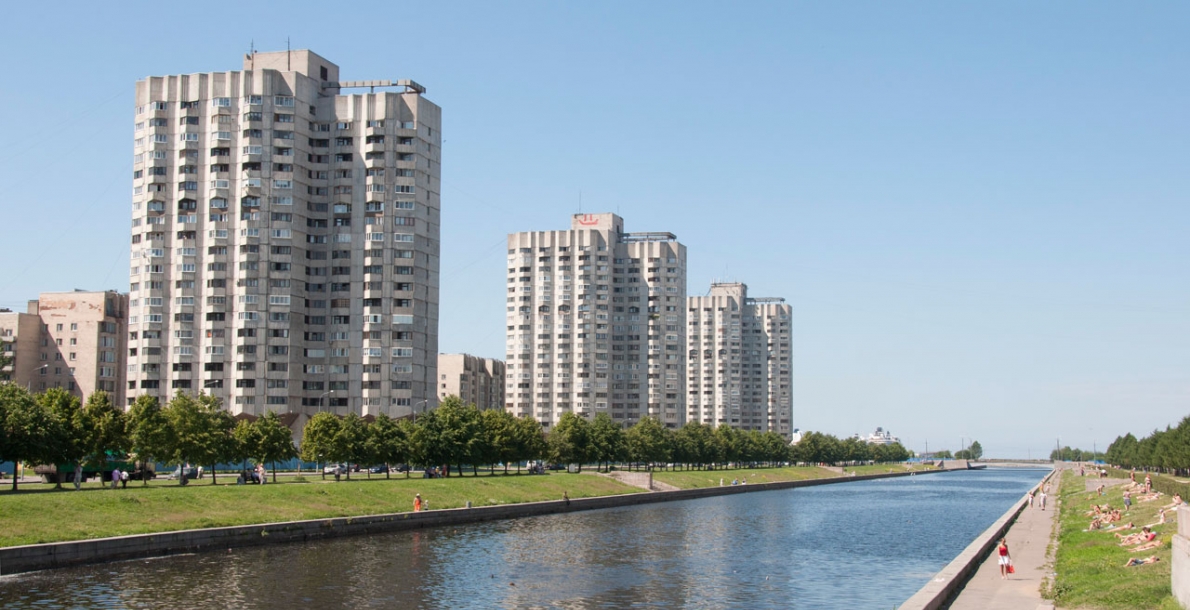 The Novosmolenskaya Embankment is located in Vasileostrovsky District of St.Petersburg. It spreads from Nalichny Bridge and Nalichnaya Street to the Smolenka River mouth (including the river island) and Korablestroiteley Street.

The embankment is divided into two parts: one part is from Nalichny Bridge to Korablestroiteley Bridge and the other is a mouth part itself – downstream Korablestoitleley Bridge.

The first part has an original layout: the lower promenade tier is at +1 m level and guarded with wide and low parapets (0.7 m width and 0.45 m height), the higher promenade tier is at 3 m level. The tiers are separated with a gentle green slope with descending ladders and ramps for exit from the bridges. In case of the lower tier flooding during water rise, an open drainage which requires constant attention was designed and built along the full length.

On the second part, the embankment has high granite walls.

The embankment (first part) was built at the same time as Korablestroiteley Bridge between 1980 and 1982.

Earlier, in 1976, the embankment was named Oktyabrsky Prospect. In 1987, the prospect was included into the Smolenka River Embankment.

The Novosmolenskaya Embankment received its modern name in 1989.

In the 70s of the 20th century, a construction of the Great October Socialist Revolution monument was planned.