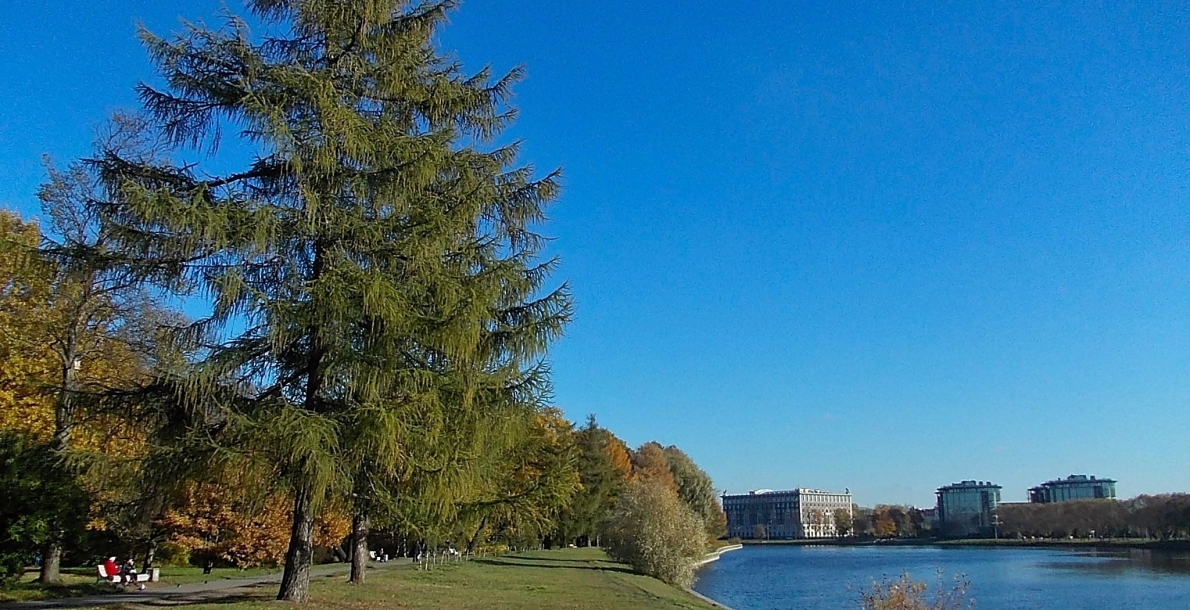 The Srednyaya Nevka River Embankment is located on the left bank of the river on Kamenny Island in Petrogradsky District of St. Petersburg. It passes from the embankment of the Bolshaya Nevka River to Old Theatre Square.

The Srednyaya Nevka River banks, except for a small area of Krestovsky Island downstream the Krestovka River mouth, are natural earth, reinforced with wood and seating areas functionally.

The embankment has its present name since 1909.

From 1909 to the 1939s the embankment located on the north bank of Krestovsky Island, on the left bank of the Srednyaya Nevka River was also named the Srednyaya Nevka River embankment. In 1939 it was named after M.I. Martynov, Chairman of Kronshtadt Council and became referred to as the Martynovskaya Embankment. It starts from the mouth of the Krestovka River and runs to the former mouth of the Chukhonka River.

There are several attractions of St. Petersburg on the embankment – Polovtsov’s Cottage (an outstanding example of neo-classicism of the 1910s, the future Soviet-era style of government dachas), located in house No.6, and "Quiet Rest" Park, which is a regional architectural monument.

Many people remember that Pushkin duel with Dantes took place on the Chernaya River, but few people know that it happened in "Quiet Rest" Park. You do not have to search long for this historic place. A memorial plaque is installed at the place of the duel.