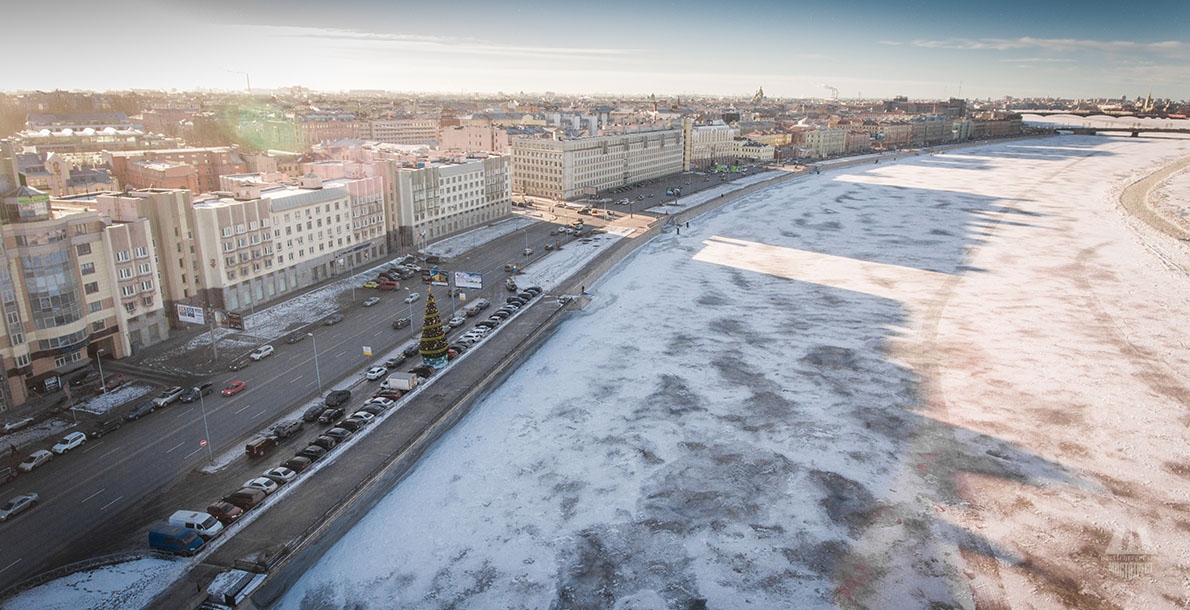 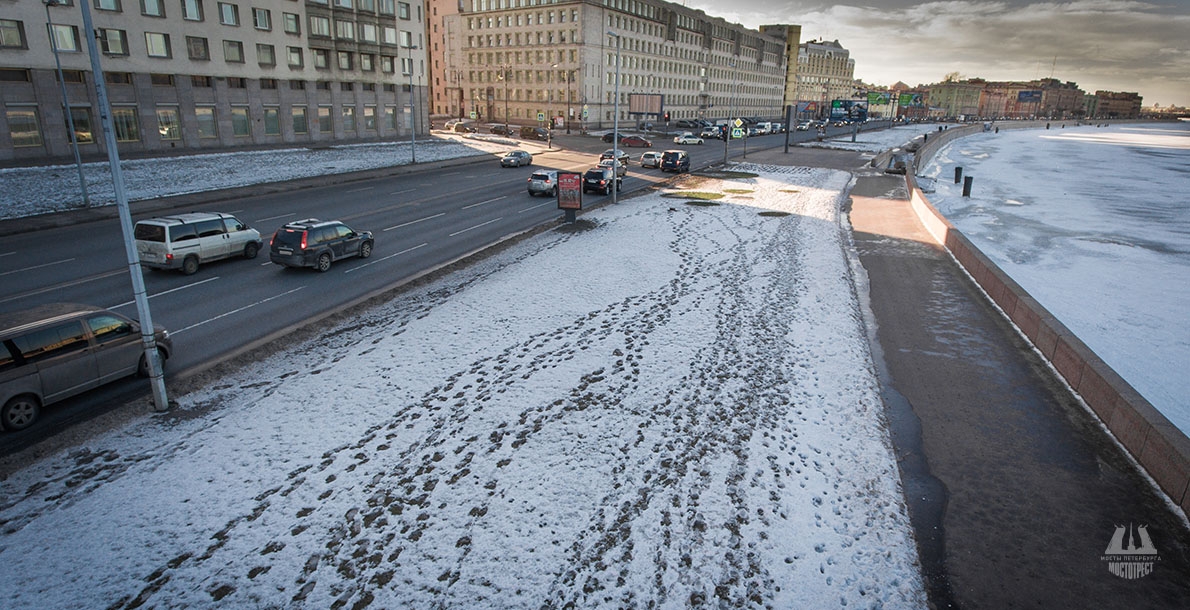 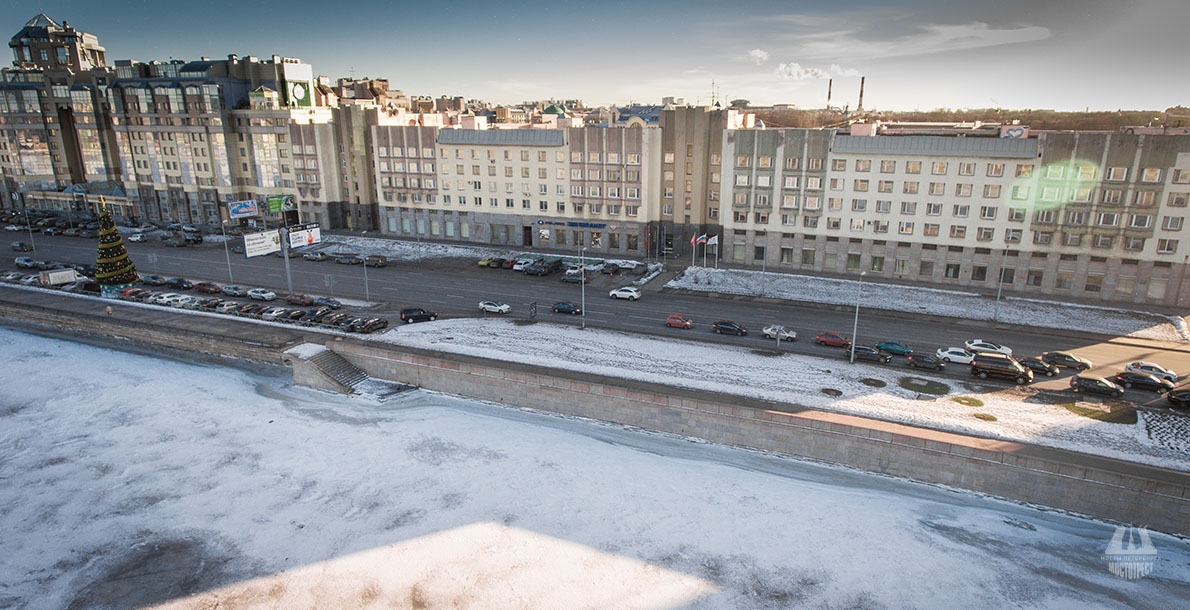 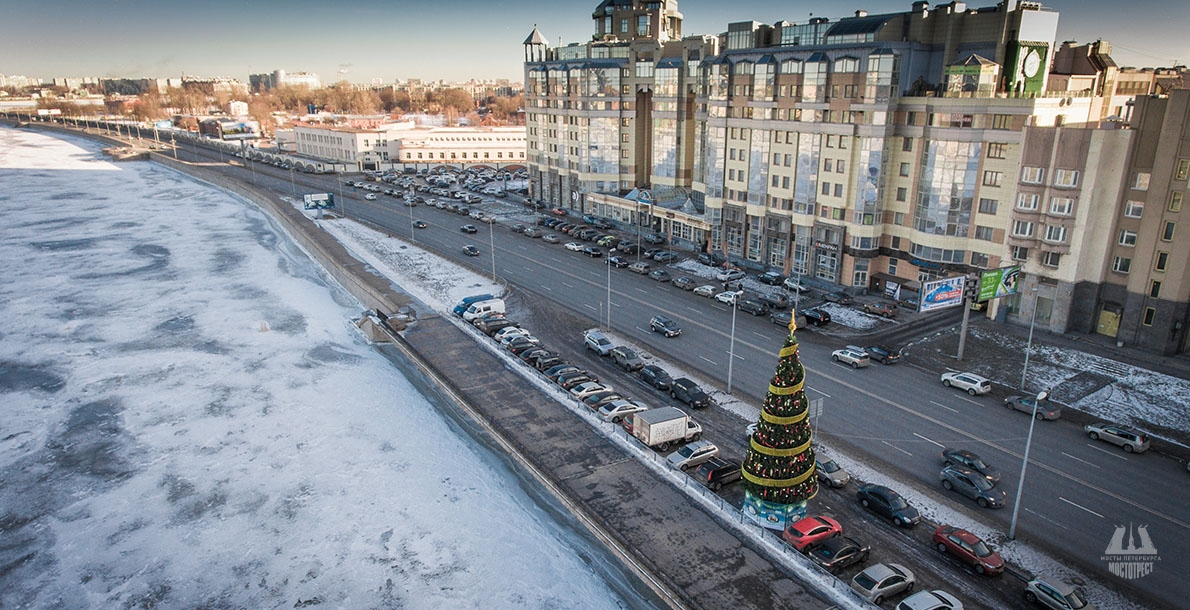 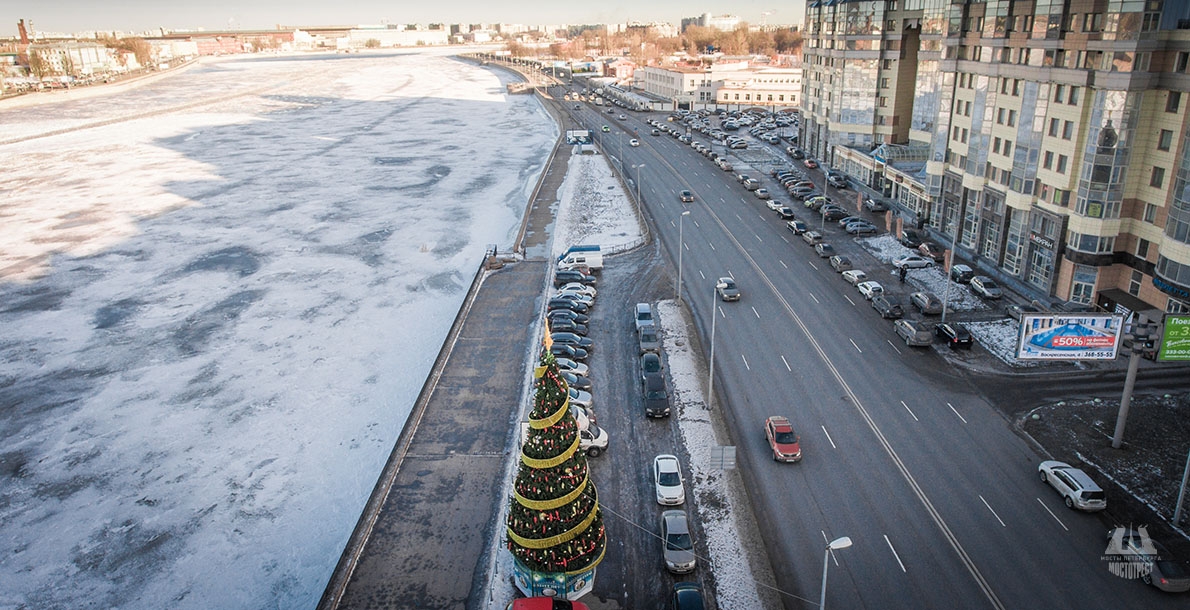 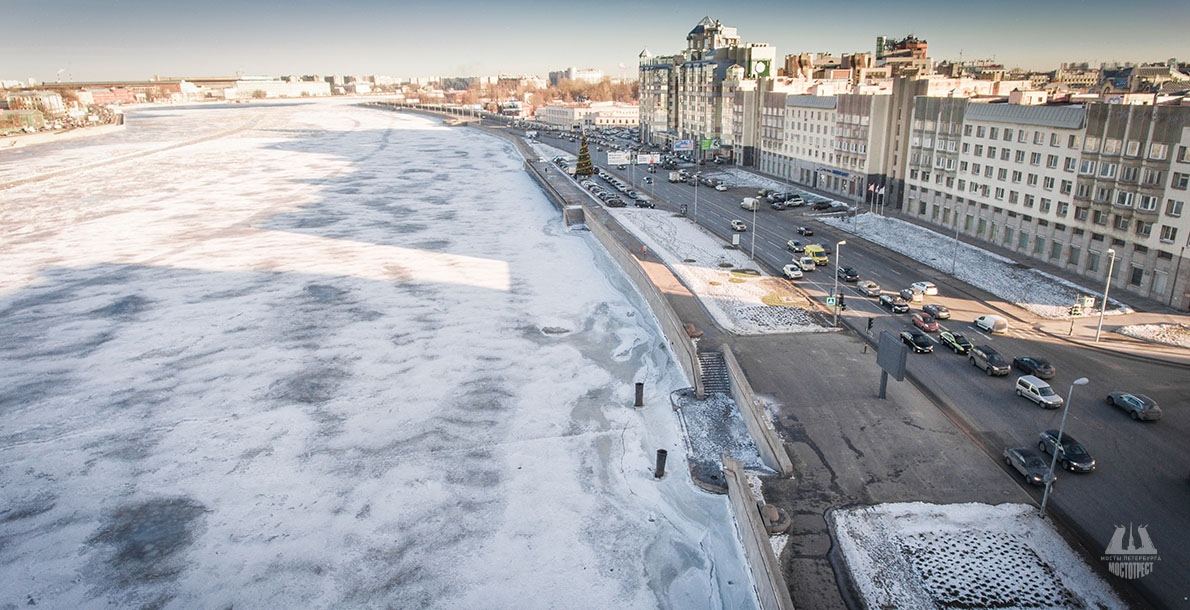 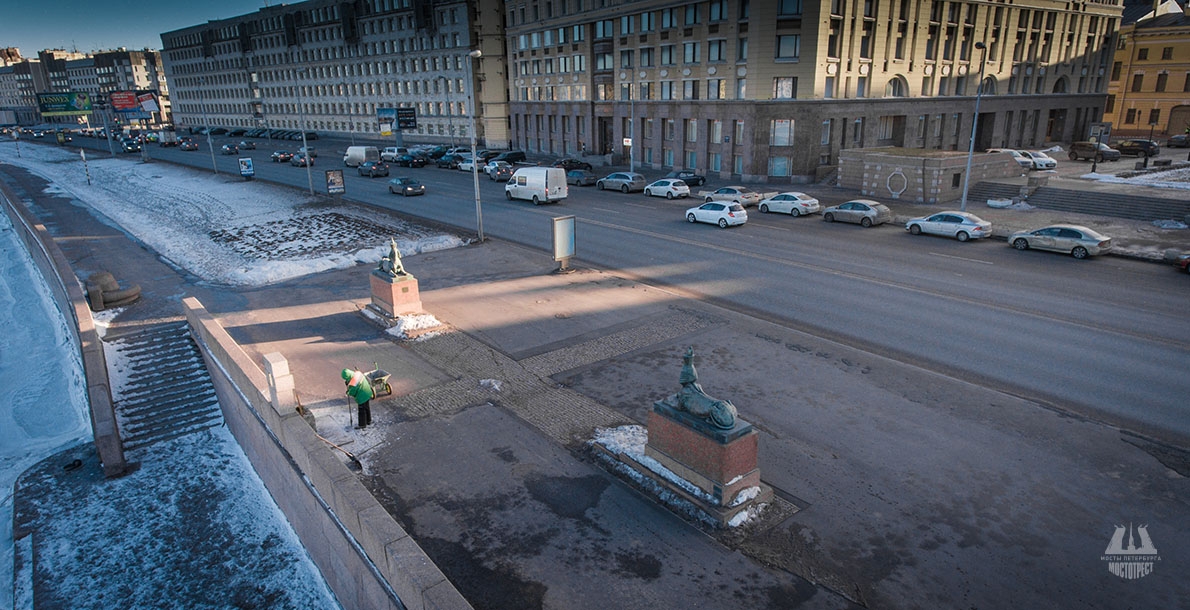 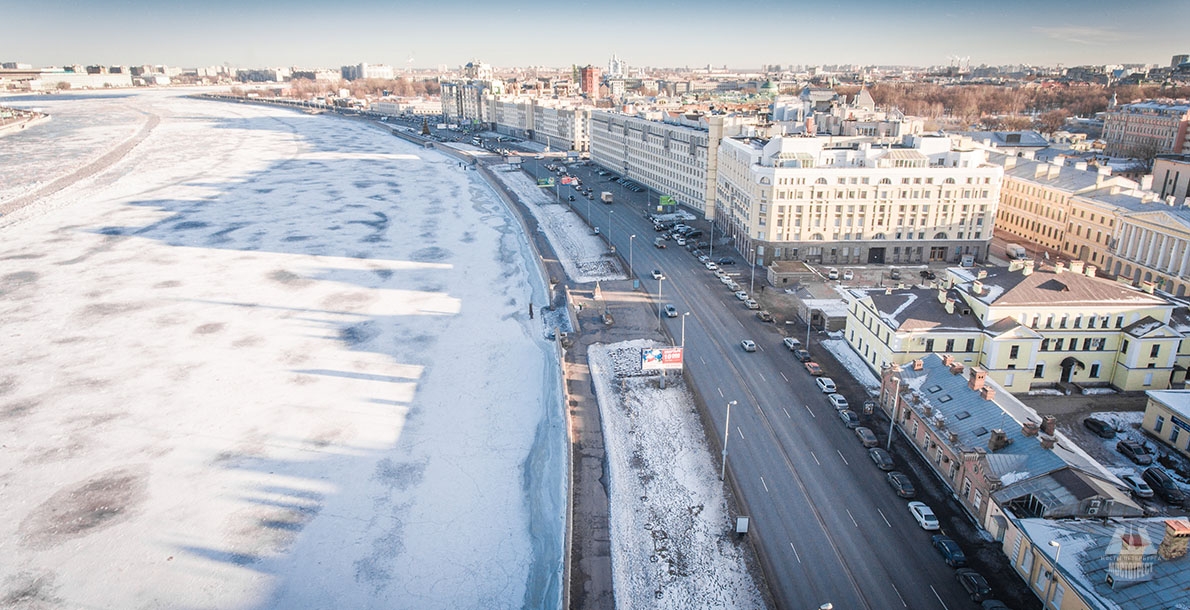 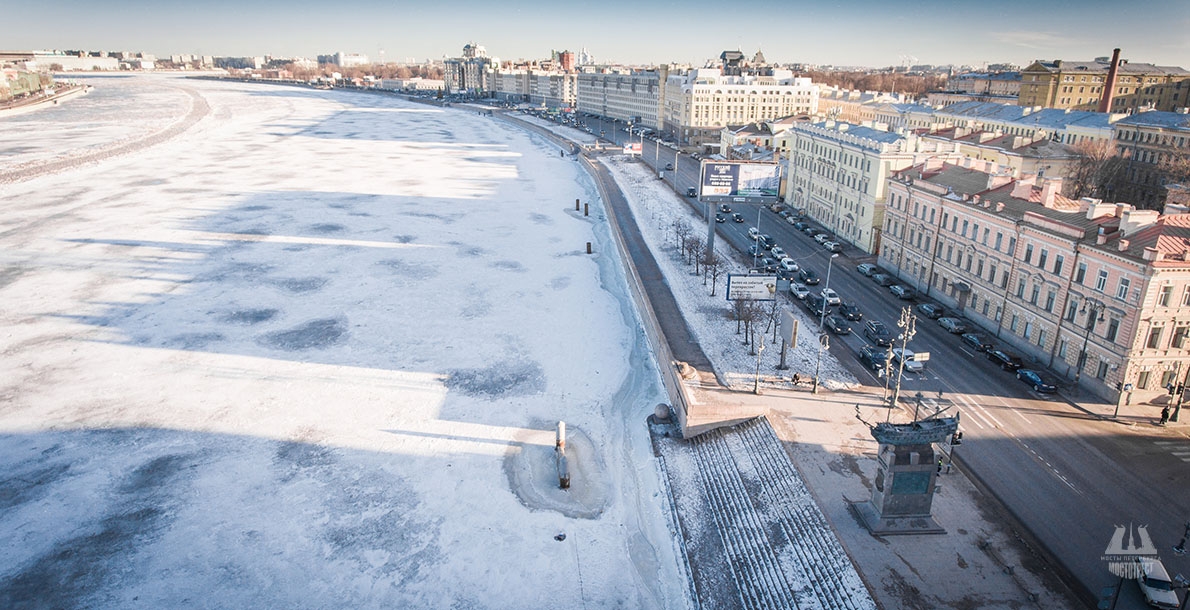 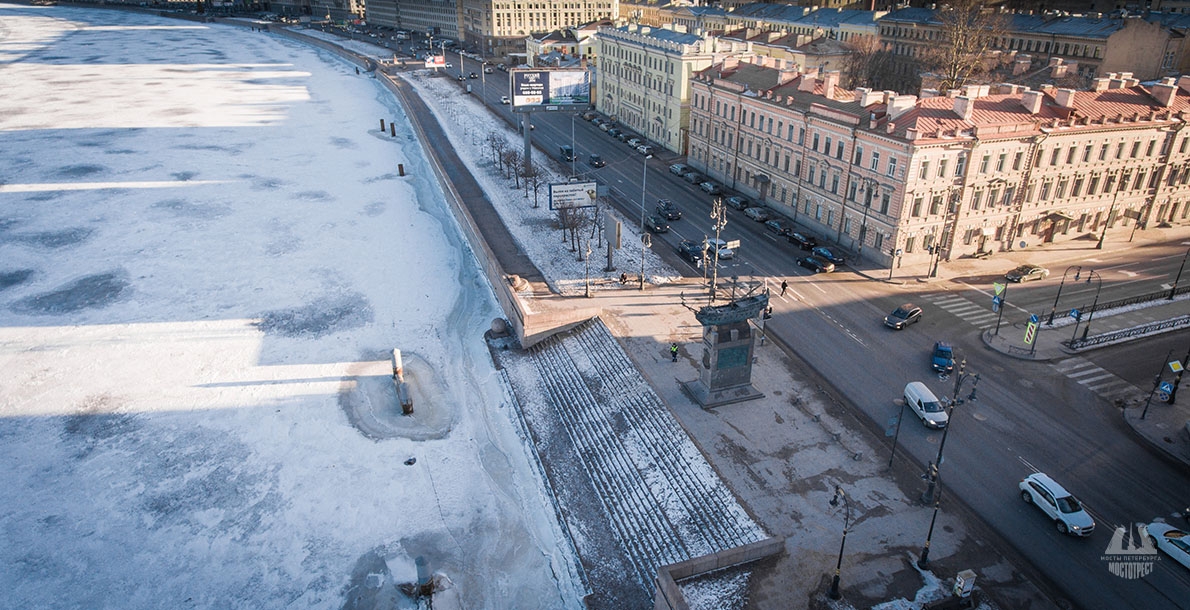 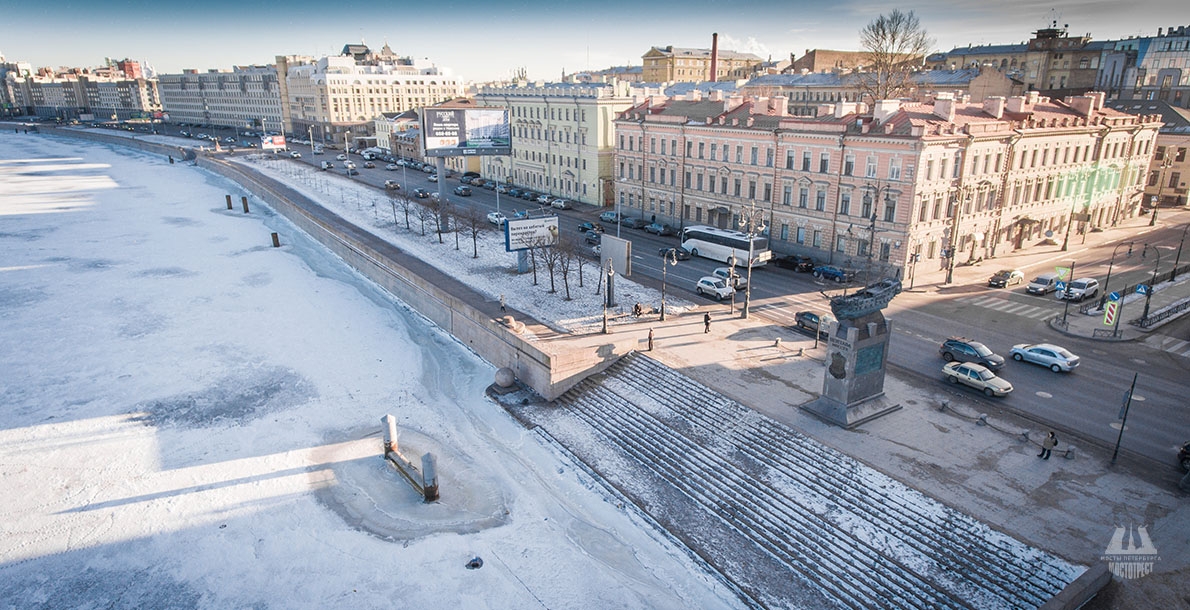 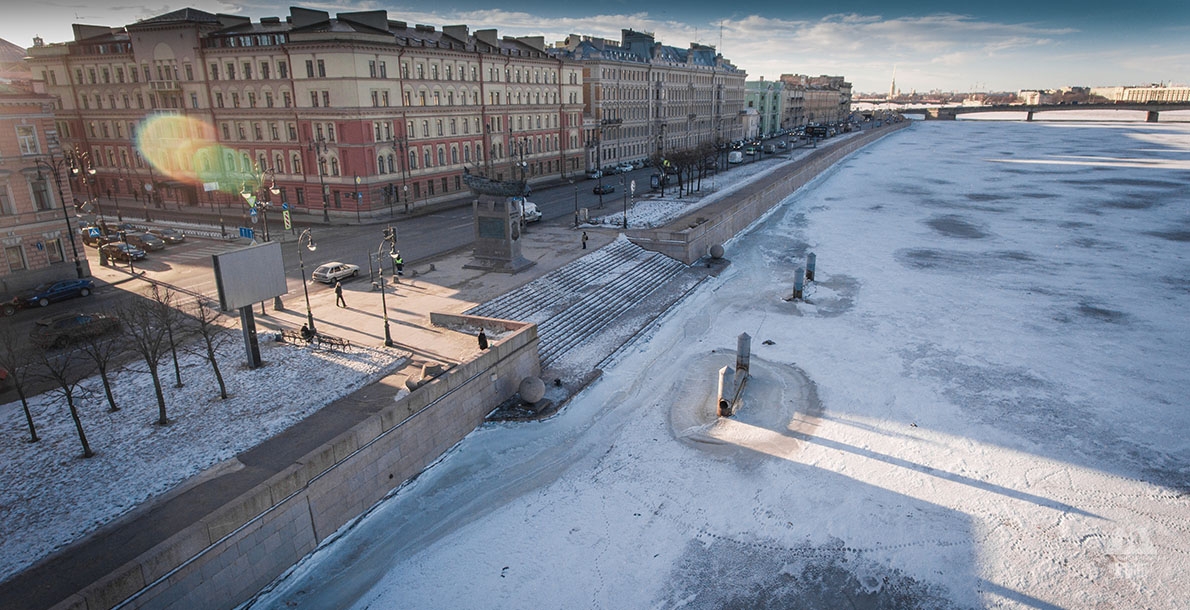 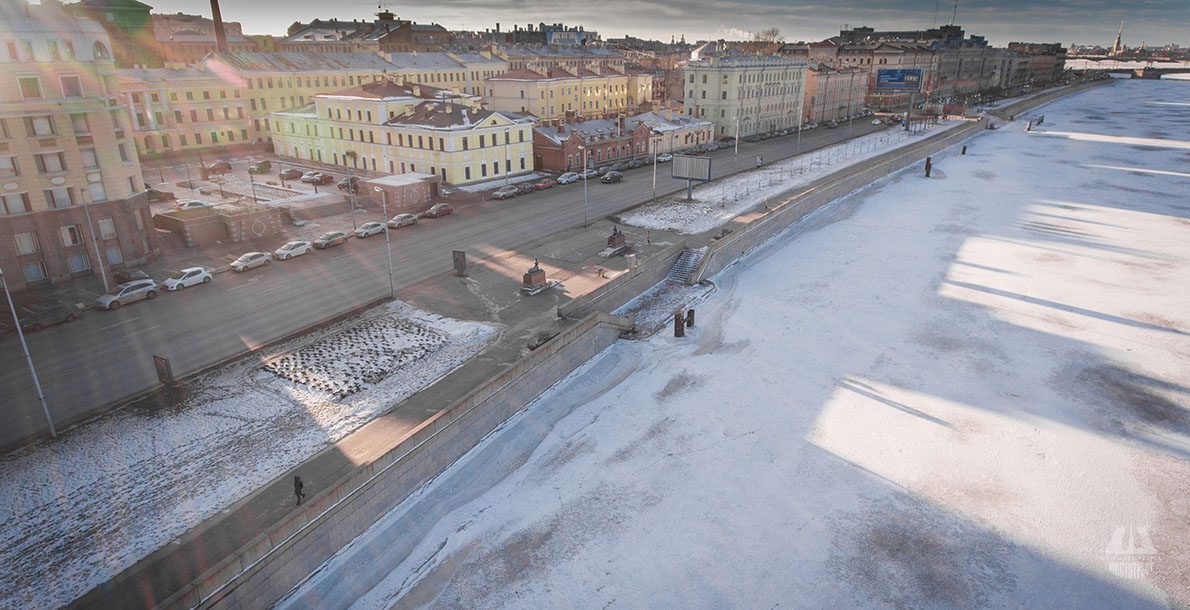 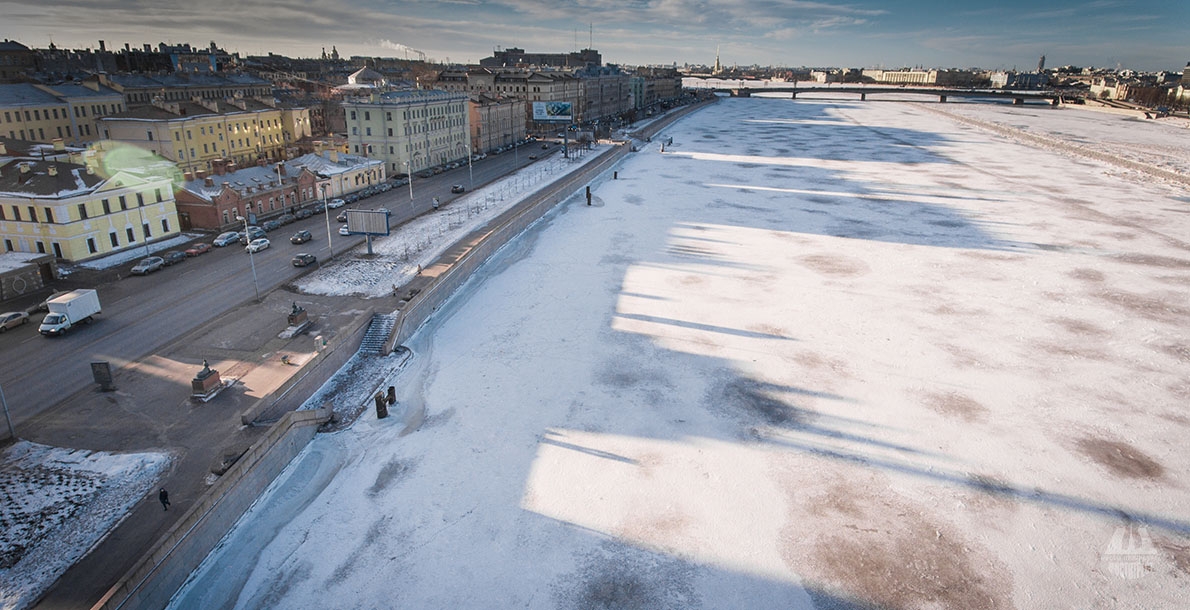 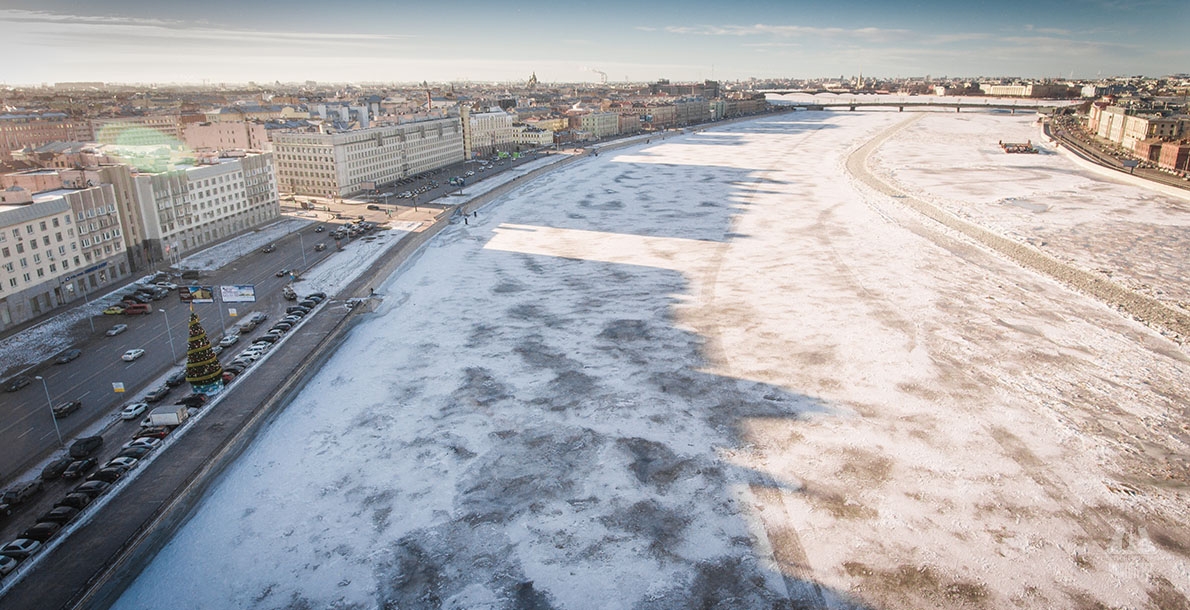 Voskresenskaya Embankment is located in Central District of Saint Petersburg; it expands on the left bank of the Neva River from Vodoprovodny Lane up to Liteyny Bridge.

This is its historical name. It received its name after the name of the church located on the corner of Chernyshevskogo Prospect (former Voskresensky Prospect) and Shpalernaya Street at the beginning of the XVIII century. In 1923 the embankment was renamed in memory of Maximilian Robespierre - one of the leaders of the French Revolution. In summer of 2014 by the decision of the Government of St. Petersburg, the historical name – Voskresenskaya – was returned to the embankment.

The history of the embankment dates back to 1852 when a 288 meter long part of the bank near Liteyny Prospect was reinforced by a high vertical granite wall with two descents. The rest part of the embankment had no reinforcement, and the bank was a wide flat shore area. The embankment was intensively used as a site for unloading and storage of construction materials and wood delivering in the city by water.

Only after the floods in 1924, already in 1925-1926, the area to Vodoprovodny lane was landscaped under the project of engineers B.D.Vasilyev and E.V.Tumilovich and under the guidance of engineer P.P.Stepnov. It was the first post-revolutionary experience in construction of two-level lightweight relieving platform. From the side of the river wooden sheet piles with concrete bench were installed to strengthen the bank. A paved slope was rested to the bench. Behind the slope crest there was a platform of 12 meters wide which was also separated from the roadway and sidewalk by paving.

In 1967 during the reconstruction of Liteyny Bridge the old granite wall was rebuilt under the project of architect Y.I. Sinitsa and engineer L.A. Vilgrube. The section of the embankment adjacent to the bridge became a two-level wall with stair approaches for the passage under the bridge. The further capital improvement of the embankment was performed upstream.

In the 1967-1971 timeframe a high wall of prefabricated blocks with fence of granite parapet was built from building No.30 on Chernyshevskogo Prospect. Within this area due to deep depth (up to 5 meters), in front of the wall grillage piles-covers with diameter of 0.6 meters and length up to 24 meters were used in the construction.

On the axis of Chernyshevskogo Prospect there was a monumental ceremonial descent decorated with two large granite balls on the lower site. Specialists of Lengiproinzhproject, architect L.A.Noskov and engineers P.P. Ryazantsev, A.D. Gutzeit and B.B. Levin were the authors of the project.

In 1977-1978 the next section of the embankment with length of 680 meters was reinforced upstream. This is a high granite wall with two uniform descents and 102 meter long snow unloading trestle.

In 1980 the final head reach section of the embankment with the length of 134 meters was built.

On April 28, 1995 the monument to victims of political repressions was built on the embankment under the project of world famous sculptor Mikhail Shemyakin. The memorial in the form of two bronze sphinxes on the granite pedestal is located directly in front of the Kresty Prison. Between the sphinxes on the parapet of the embankment there is a stylized window of a prison cell with a grille.

In 2015 a monument to the first Russian 54-gun sailing fourth-rate line ship "Poltava" was erected on the embankment at the site of Chernyshevskogo Prospect.