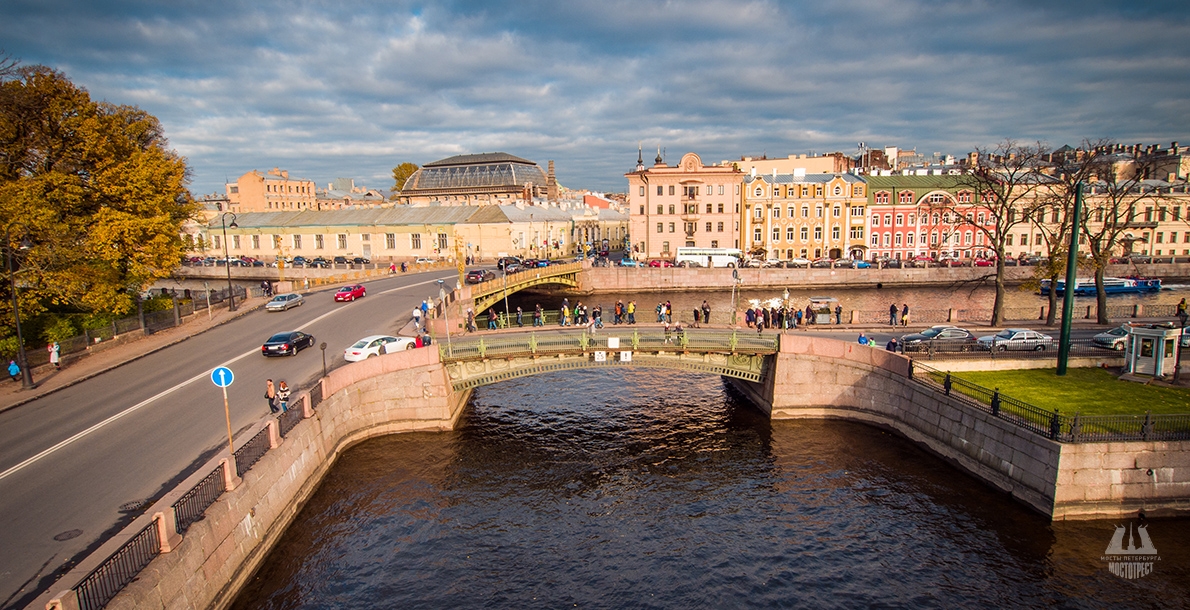 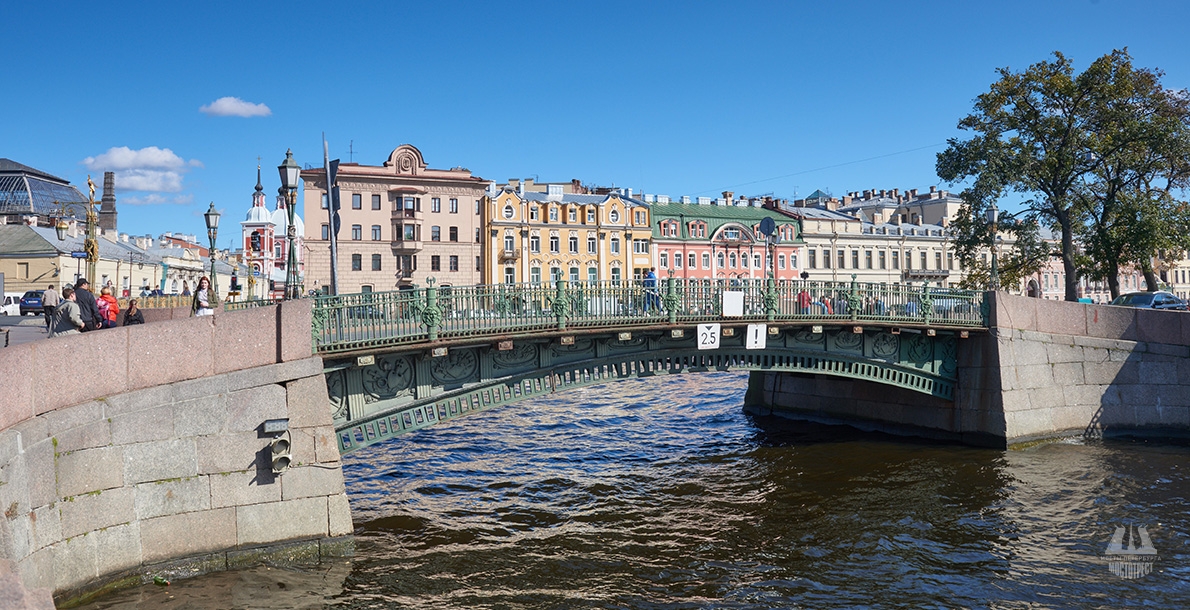 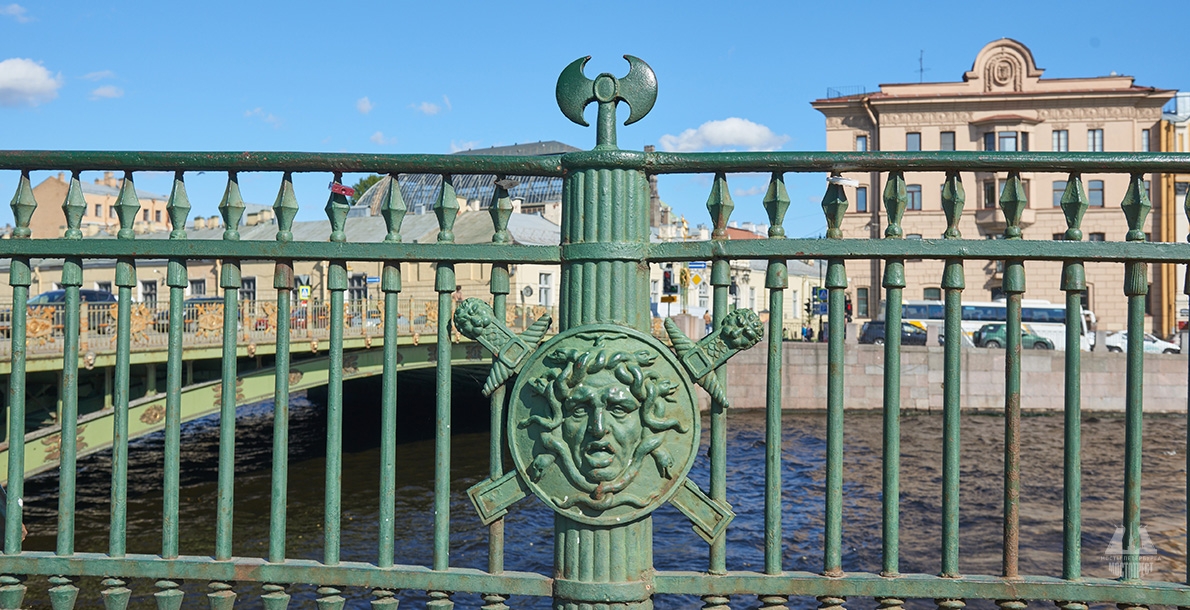 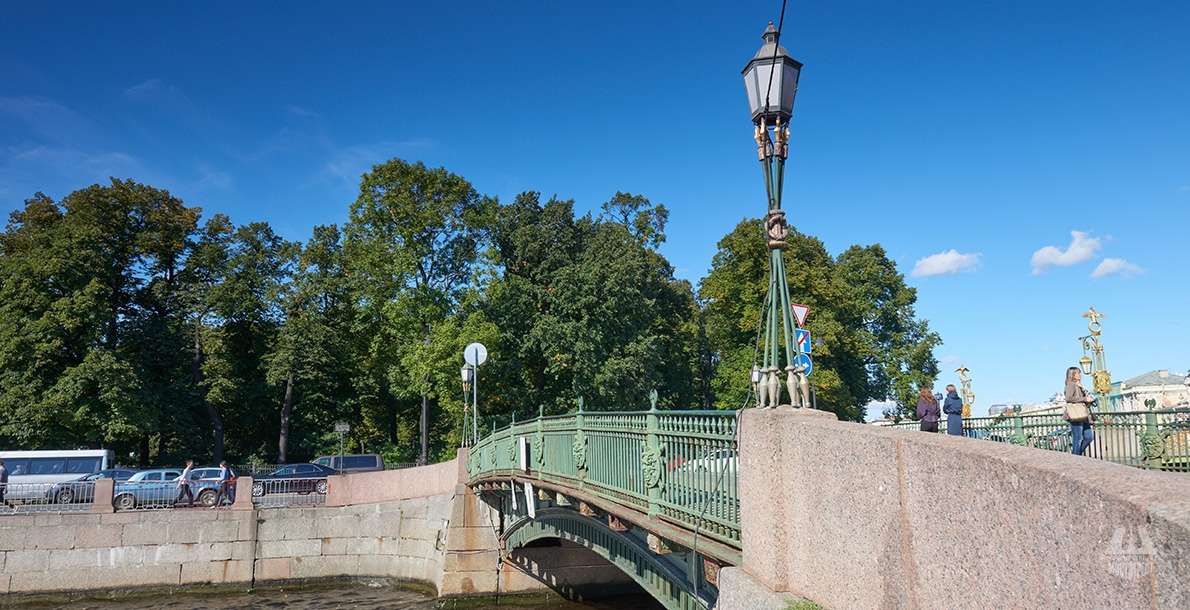 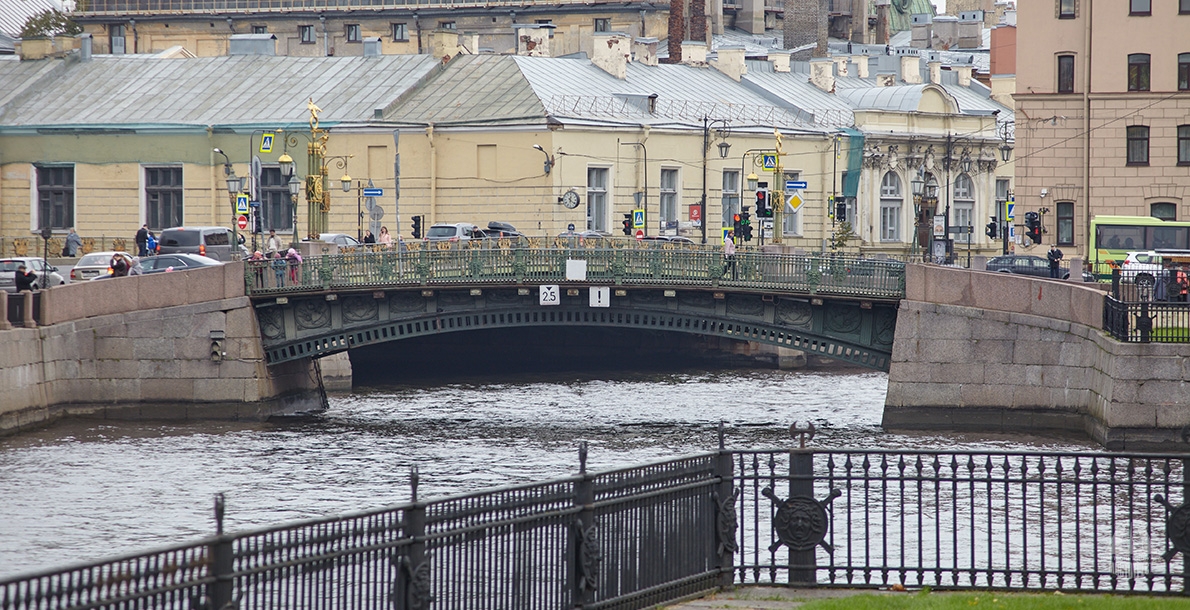 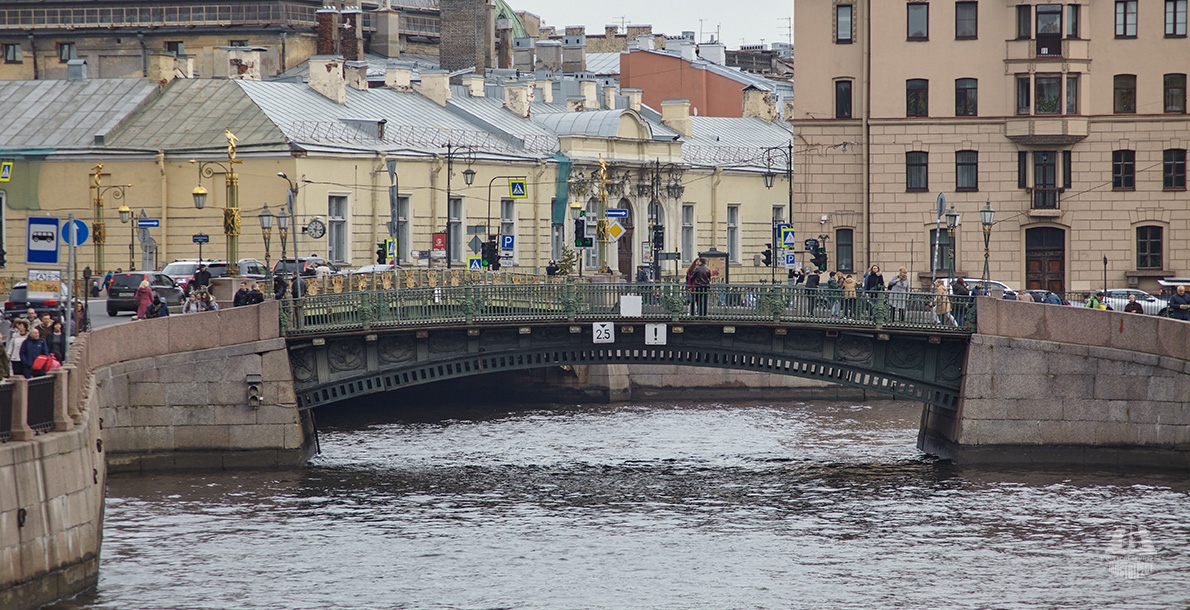 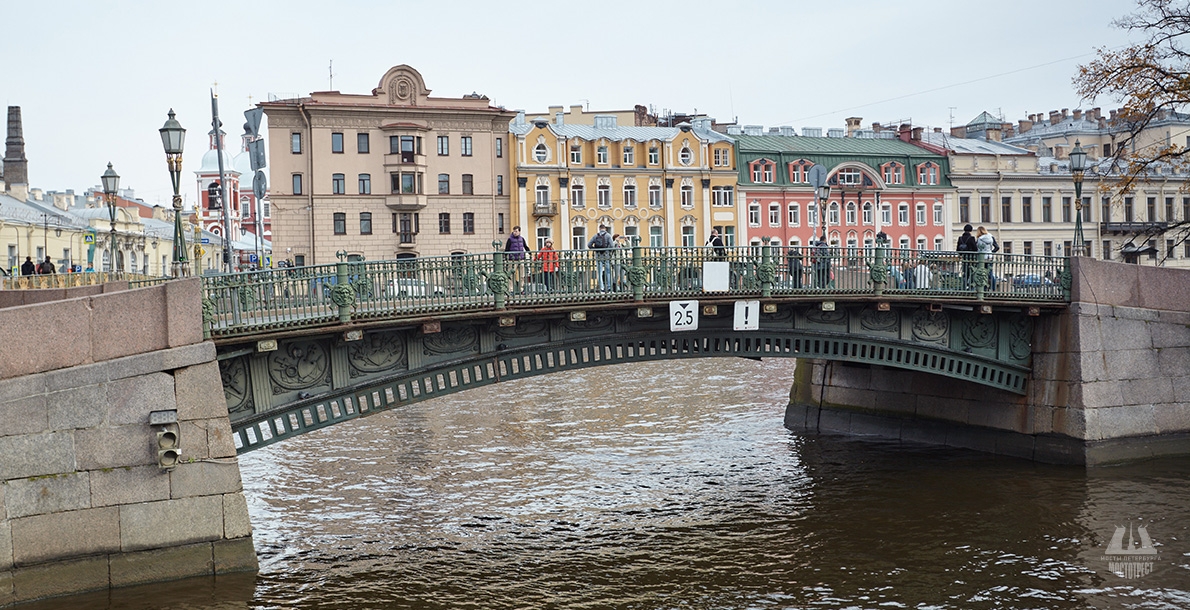 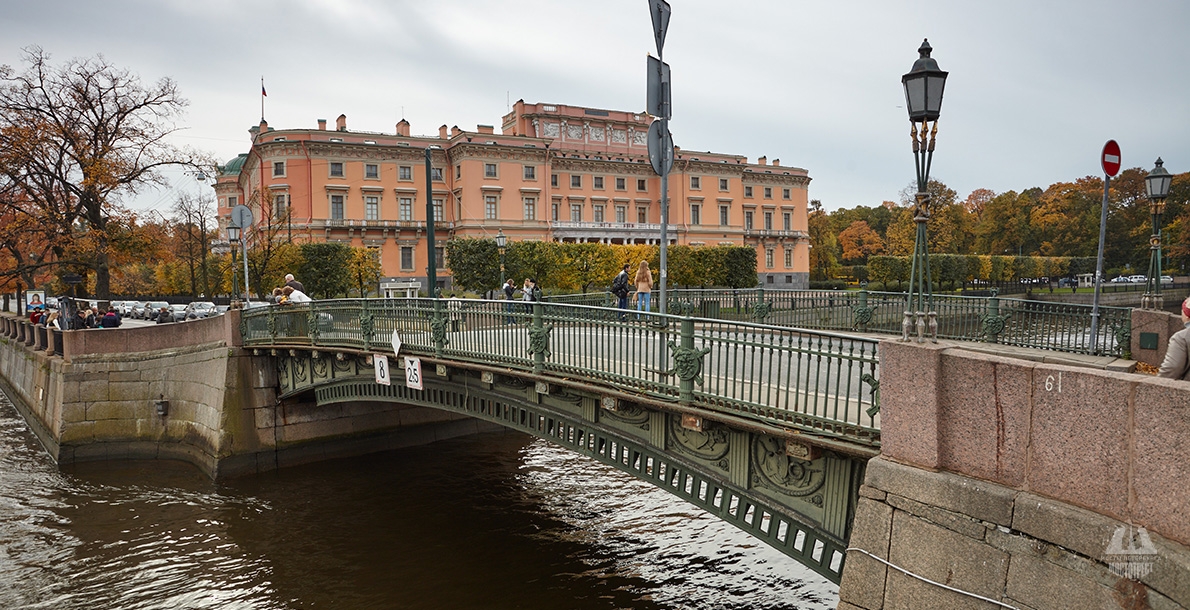 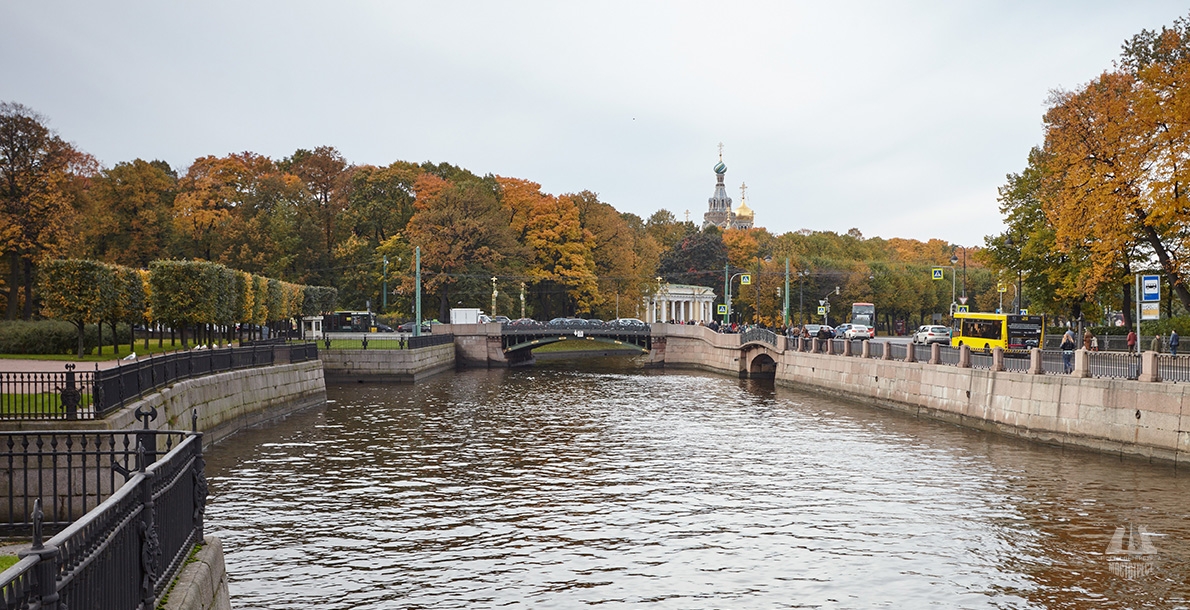 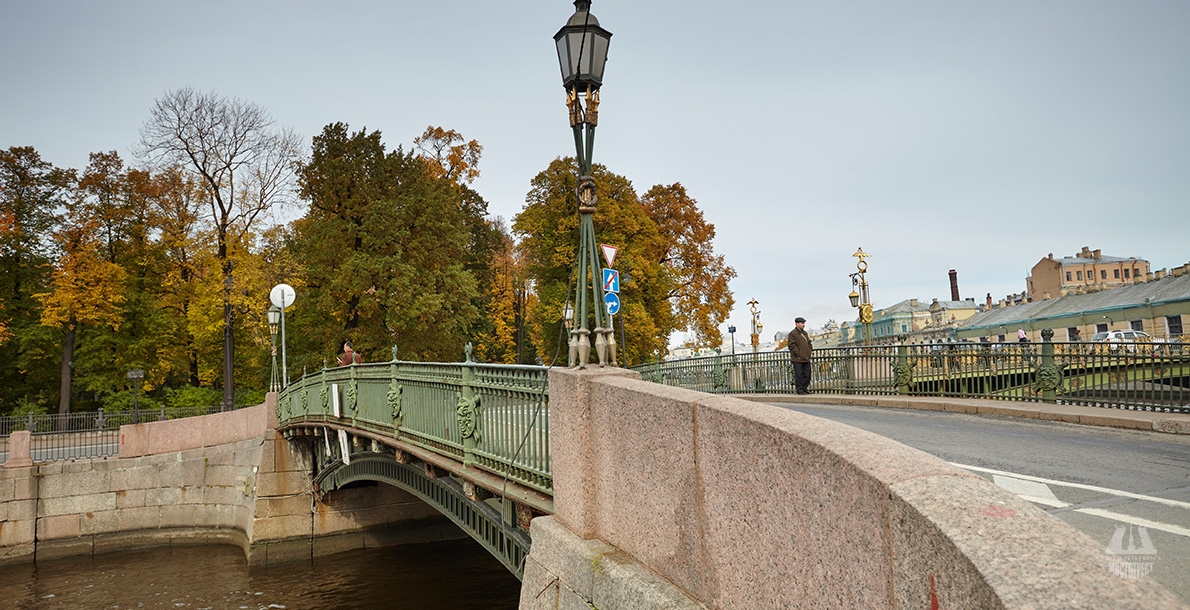 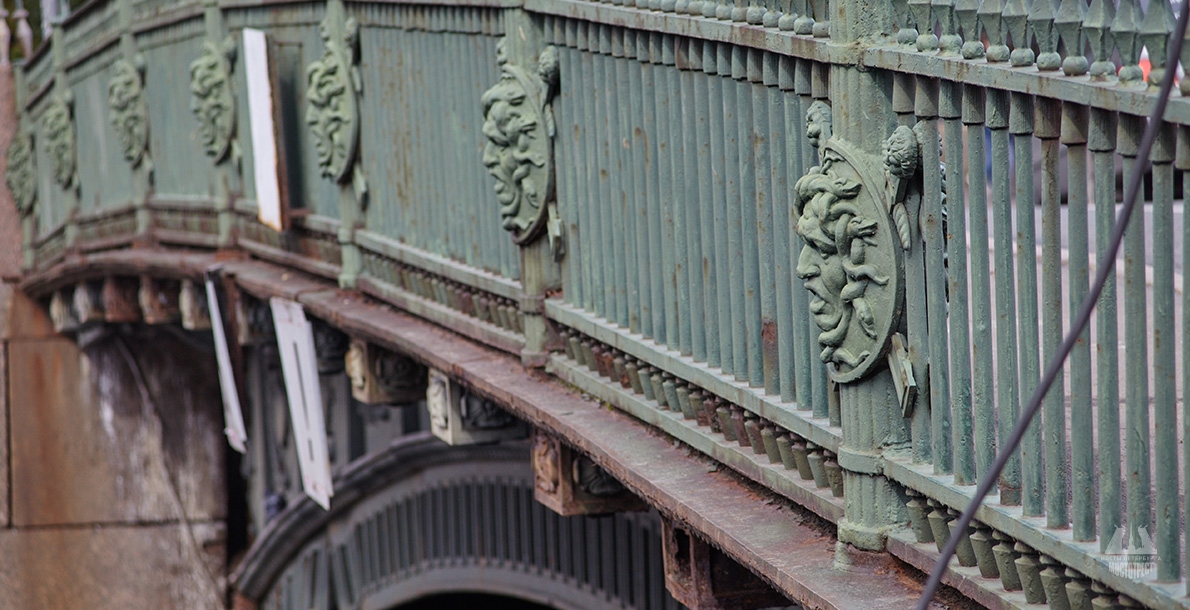 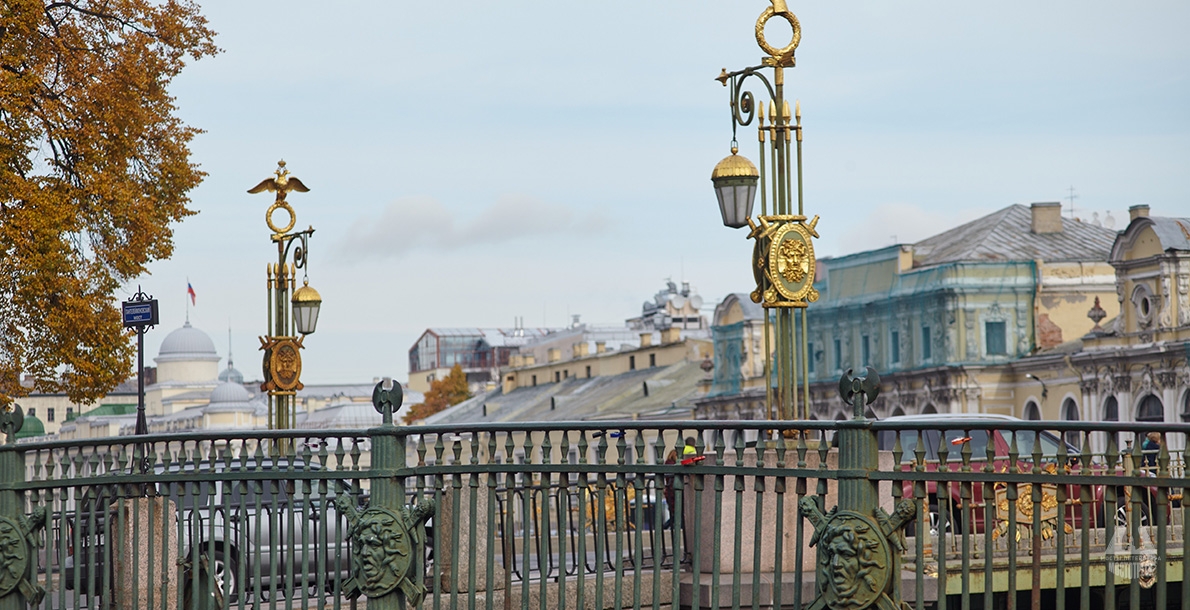 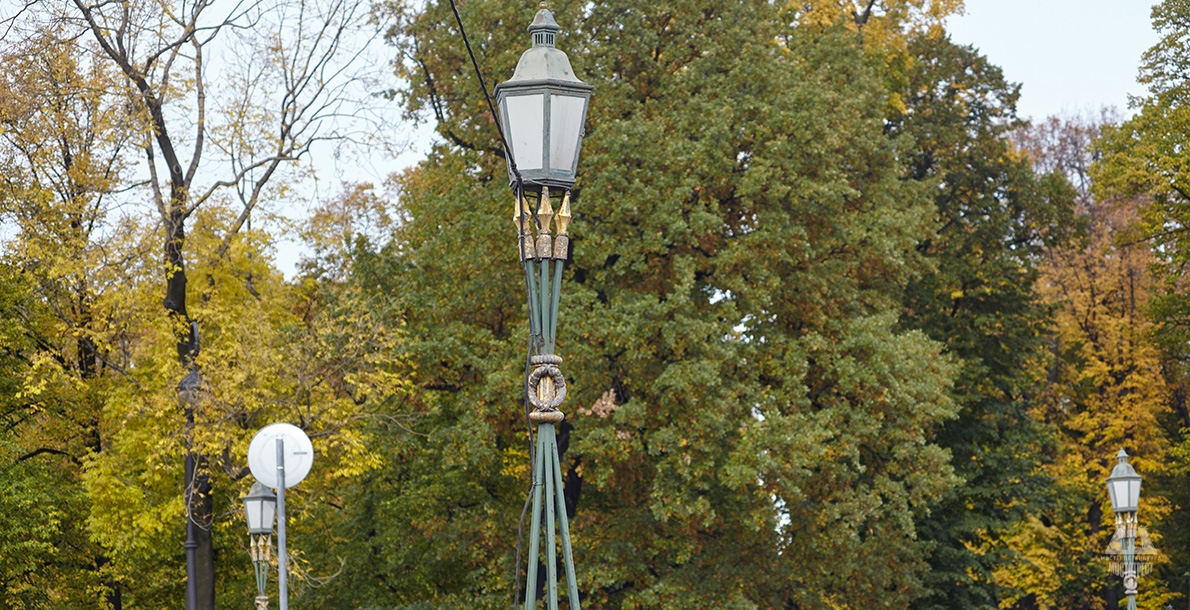 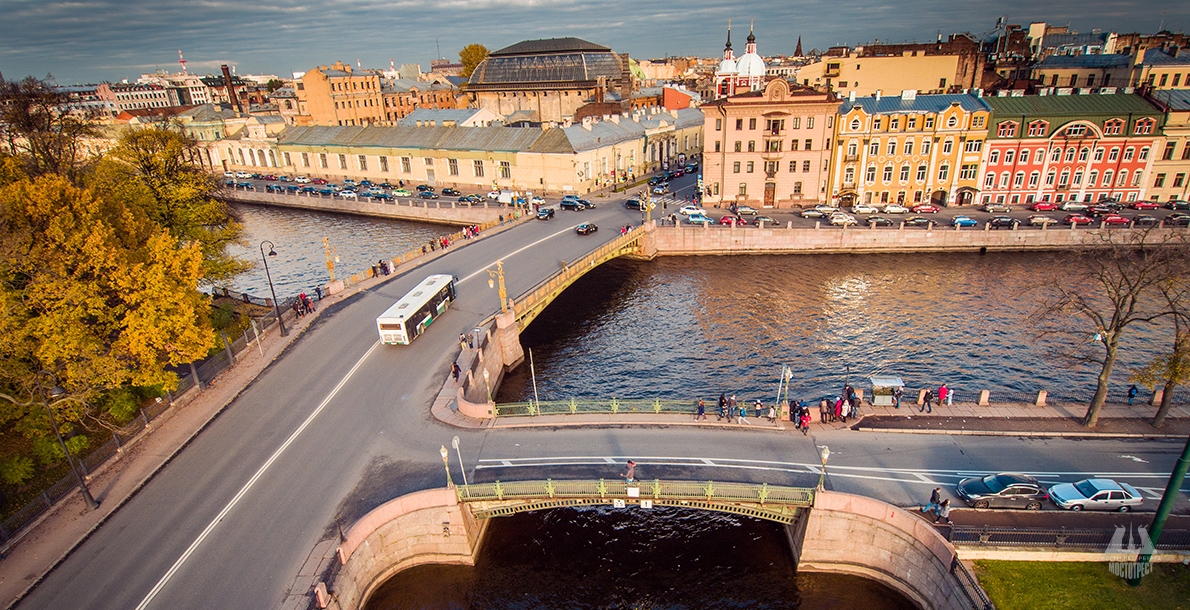 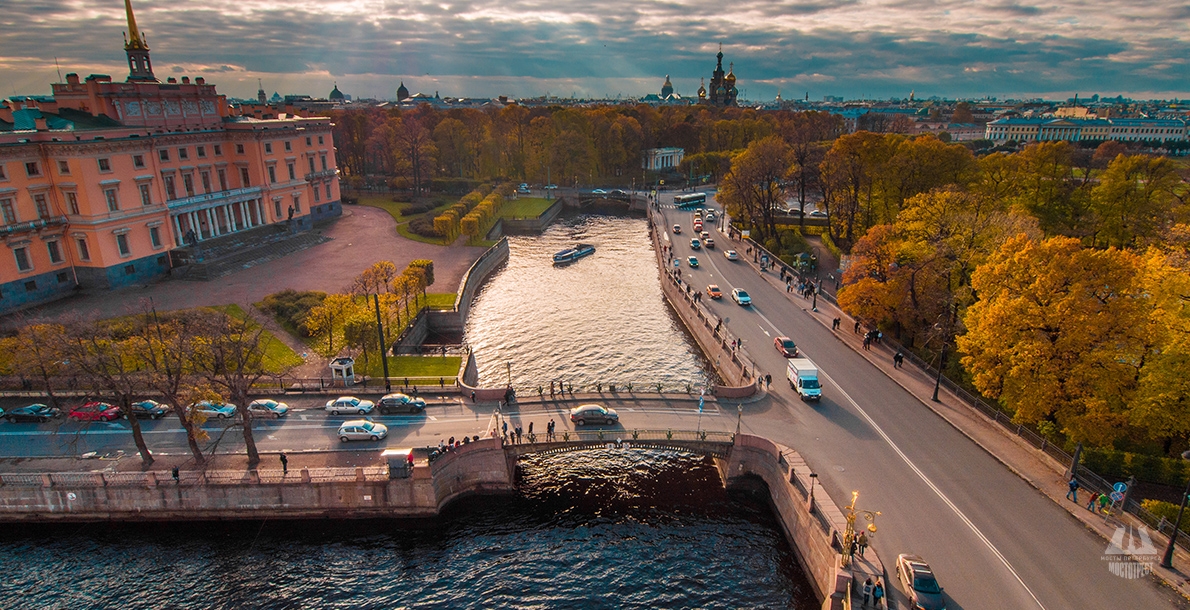 The 1st Enginerny Bridge (formerly Letny Bridge) connects the Summer Garden (Letny Sad) Island and the Spassky Island across the Moyka River in the Central District of St. Petersburg.

At this place in 1720-1750 there was a timber bridge-aqueduct works of the Dutch architect Herman van Boles across the Fontanka River to operate the fountains of the Summer Garden, as well as a pedestrian bridge. The new timber bridge was built in the 60s of the XVIII century.

In 1824-1826 a new single-span arch bridge of cast-iron sections fastened together with bolts was built upon the project of engineer P.P. Bazen instead of timber one. The bridge span was made as double-hinged arches.

Letny Bridge differed somewhat from previously built iron bridges. Its difference was that the walls and the bottom of the cast-iron sections forming the span had openings, so that the weight of the arch decreased. In addition, the span rested on the quay wall. The sidewalks were made on the consoles outside the roadway of the bridge. The span facades were beautified with decorative cast-iron relief plates with motifs of the armour of the Russian soldiers. Railing is similar in pattern to the railing of the Summer Garden from the side of the Moyka River and the fence of the Mikhailovsky Castle. Lighting columns are bundles of crossed spears, on which hexagon lights are installed. In the second half of the XIX century, Summer Bridge was renamed as Enginerny Bridge and then as the 1st Enginerny Bridge.

The bridge stood for about 120 years, and in 1946 traffic across the bridge was closed due to settlement of supports and progressive deformation of the span.

In 1952-1954 reconstruction of the bridge was made under the project of engineer B.B. Levin. Instead of the cast iron arch one single-span metal pre-tensioned bridge with frame structure was built. The bridge abutments were strengthened by addition of inclined piles to their foundation retaining granite cladding. The architectural design of the bridge in its original state was restored.

In 1953 the bridge railing and stand lamps were restored under the project of architect A.L. Rotach.

In 1999 decorative elements of facades and railing were restored; stand lamps were dismantled for restoration and replacement of the waterproofing was made.

In 2002 the bridge was restored again.

The 1st Enginerny Bridge is characterized by rich architectural decoration. The bridge is located in the immediate vicinity from the Summer Garden and the Mikhailovsky Castle ensemble - the latter's residence and place of the murder of Paul I. Nearby there are the House of V.P. Kochubey, Church of St. Panteleimon, a Monument to the Defenders of Gangut and Salt Town with Saint Petersburg Stieglitz State Academy of Art and Design and the Museum of the Defense and Siege of Leningrad. In 1994, the Monument Tchizhik-Pyzhik was installed next to the bridge. 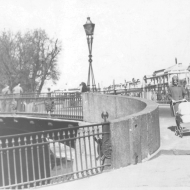 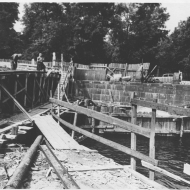 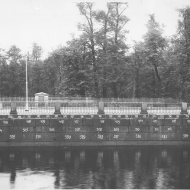 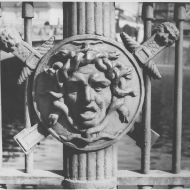 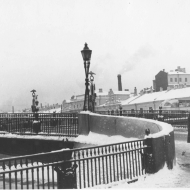 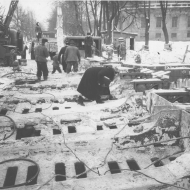 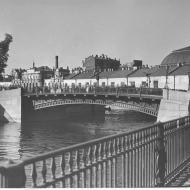 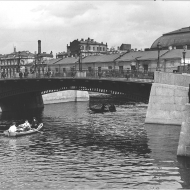 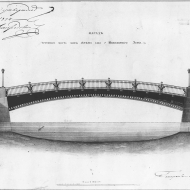 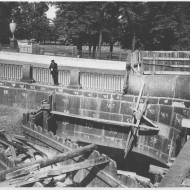 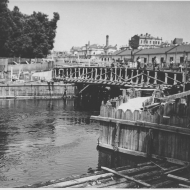