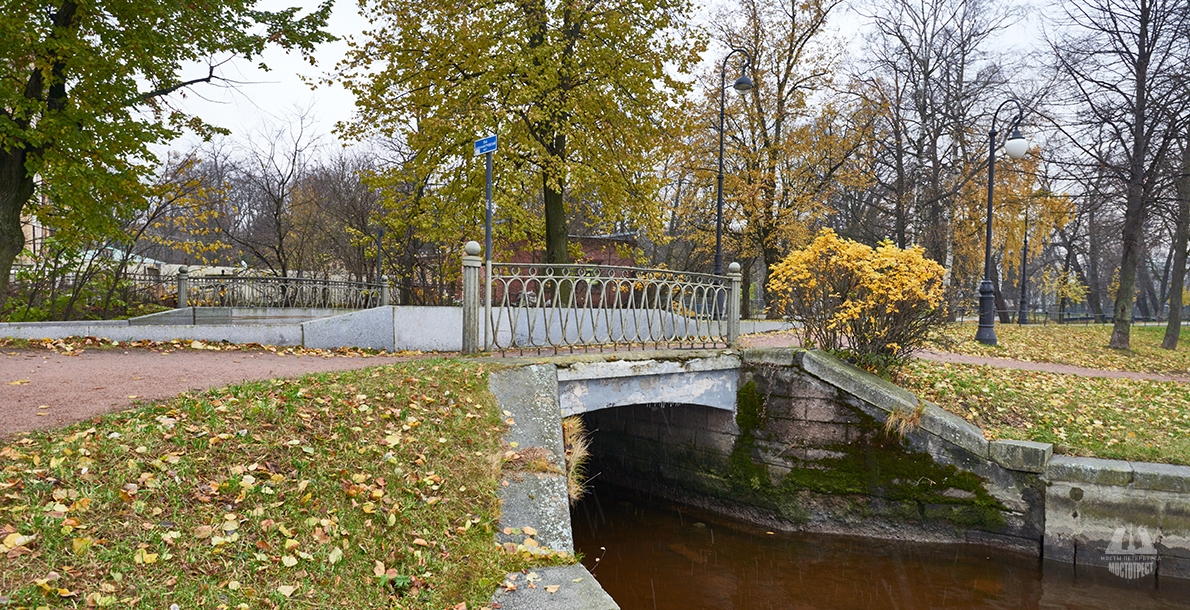 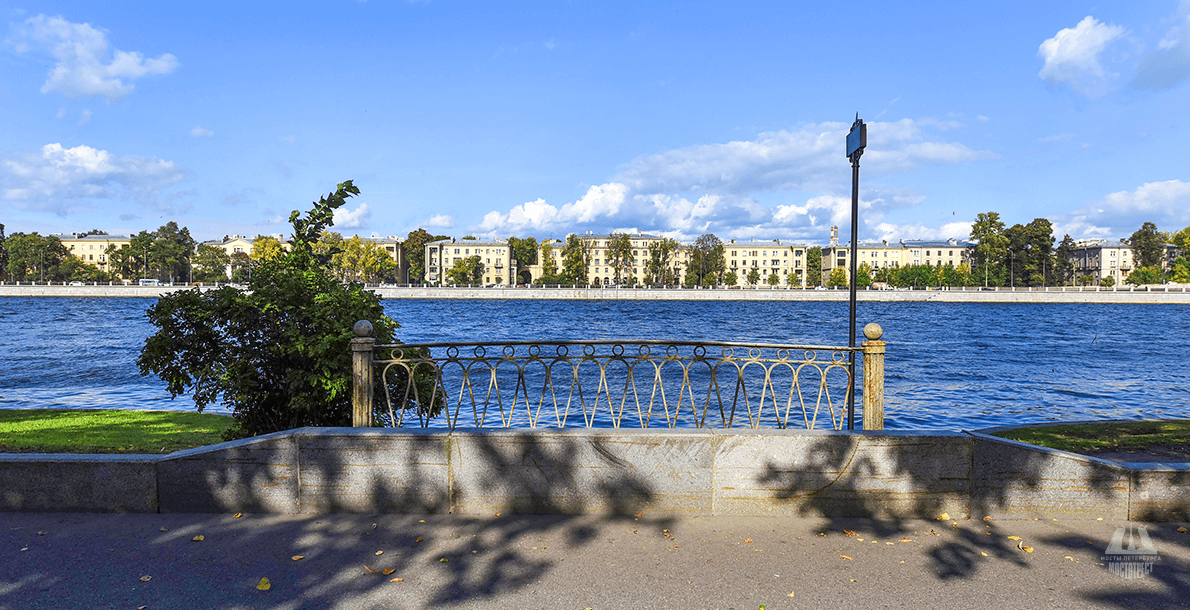 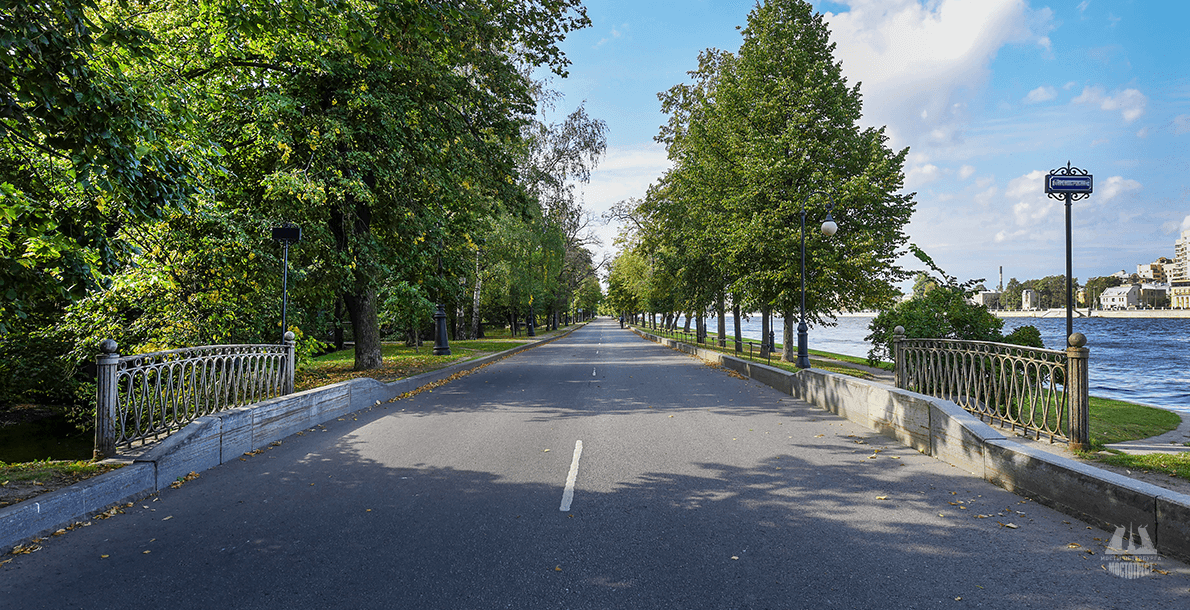 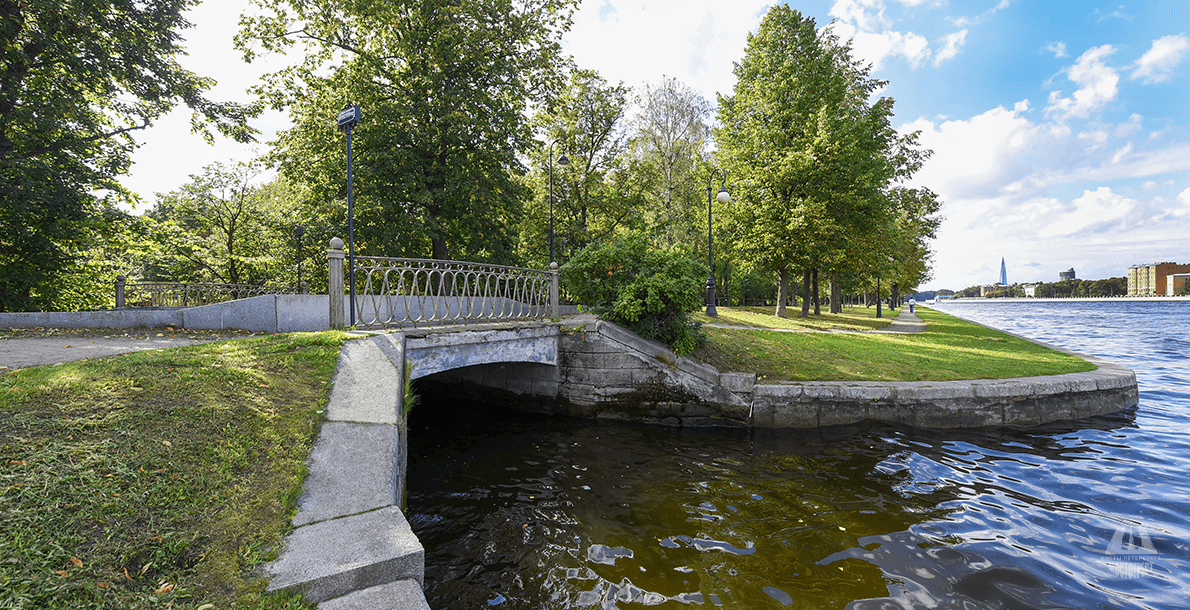 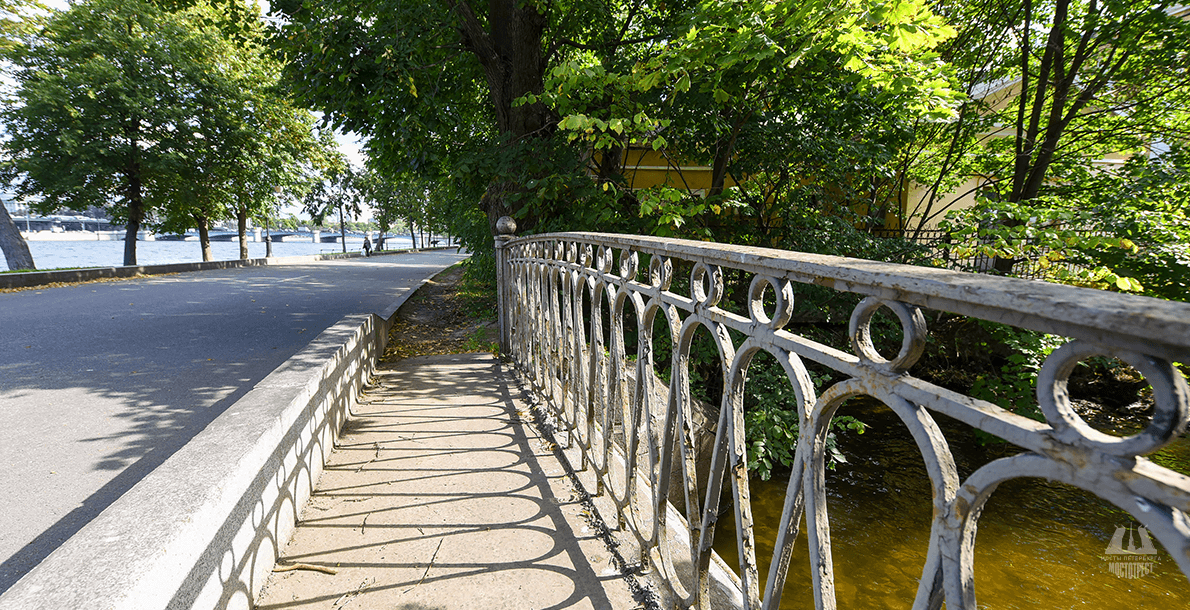 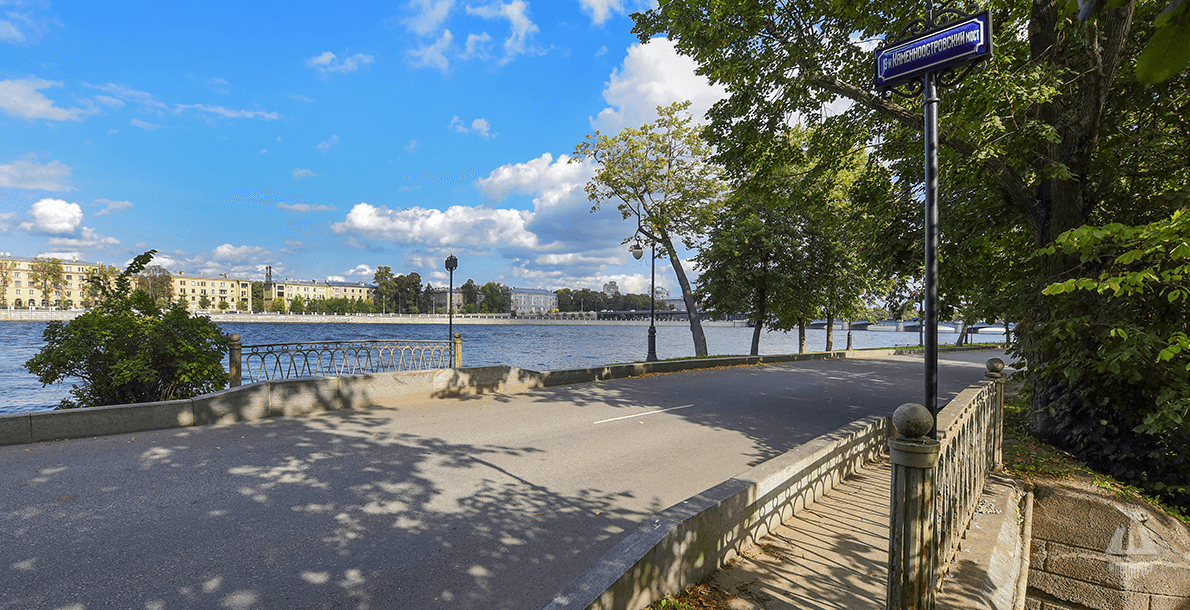 The 19th Kamennoostrovsky Bridge spanned over the Maly Canal on the Bolshaya Nevka embankment is located on Kamenny Island in Petrogradsky District of Saint Petersburg.

Kamenny Island is located between the Bolshaya Nevka and the Malaya Nevka rivers and the Krestovka River. There are many historical monuments, estates and villas of famous people, wrought iron fences and green parks. It is known that until the 1990s in the middle of one of the alleys of the island there was an oak planted by Peter the Great.

As for the Maly Canal, it was cut in the second half of the XIX century in parallel to the Bolshaya Nevka River.

In 1937-1938 the bridge as other Kamennoostrovsky bridges was demolished due to the necessity of cleaning and dredging of the creek. After the canal dredging the bridge was rebuilt into a new single type three-span construction.

The bridge abutments are massive ones, made of monolithic reinforced concrete on earth foundation.

The facades surface is designed using vermiculated rustication. The roadway is covered with asphalt pavement; sidewalks – with sand asphalt. The sidewalks are separated from the roadway with granite curb.

Metal welded railing of a simple pattern is installed on the bridge.

The bridge was built by efforts of Trust Lenmostostroy.