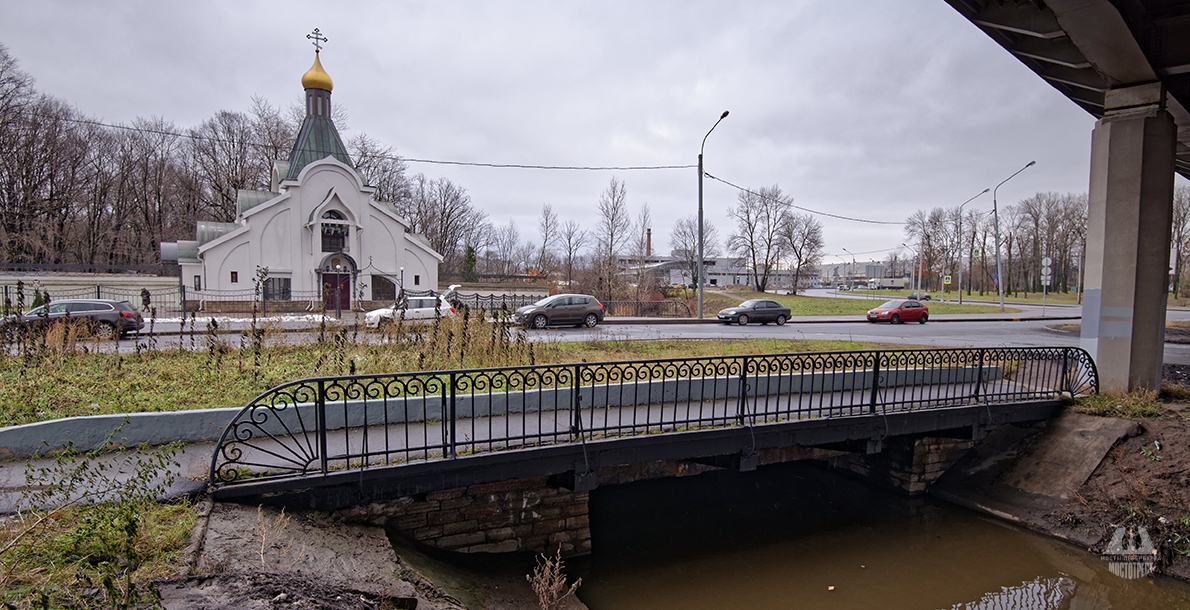 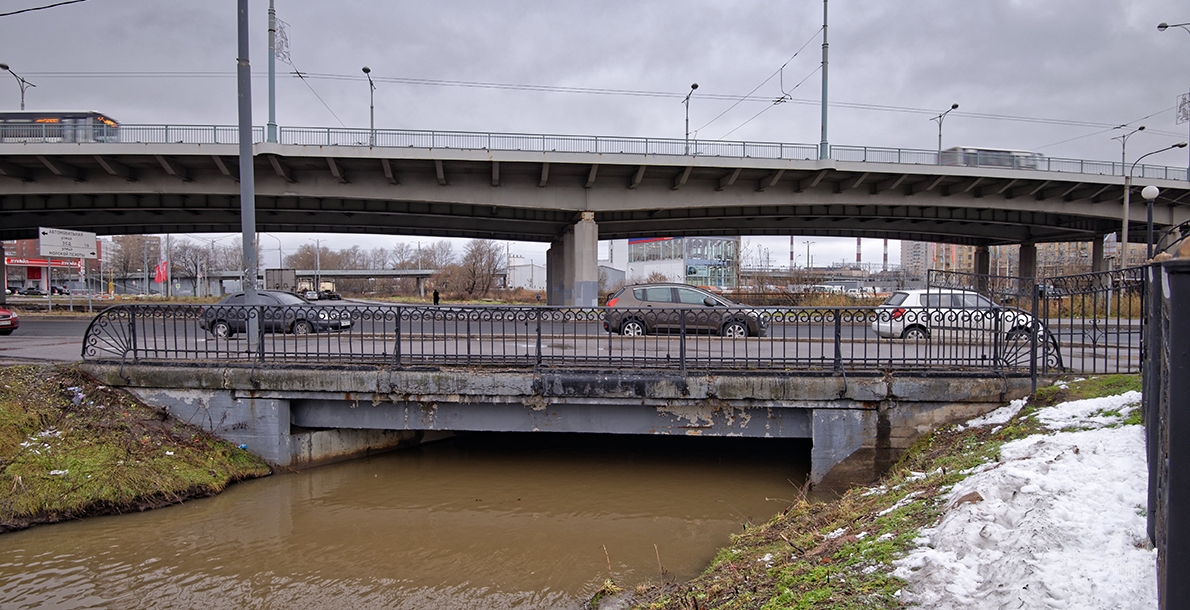 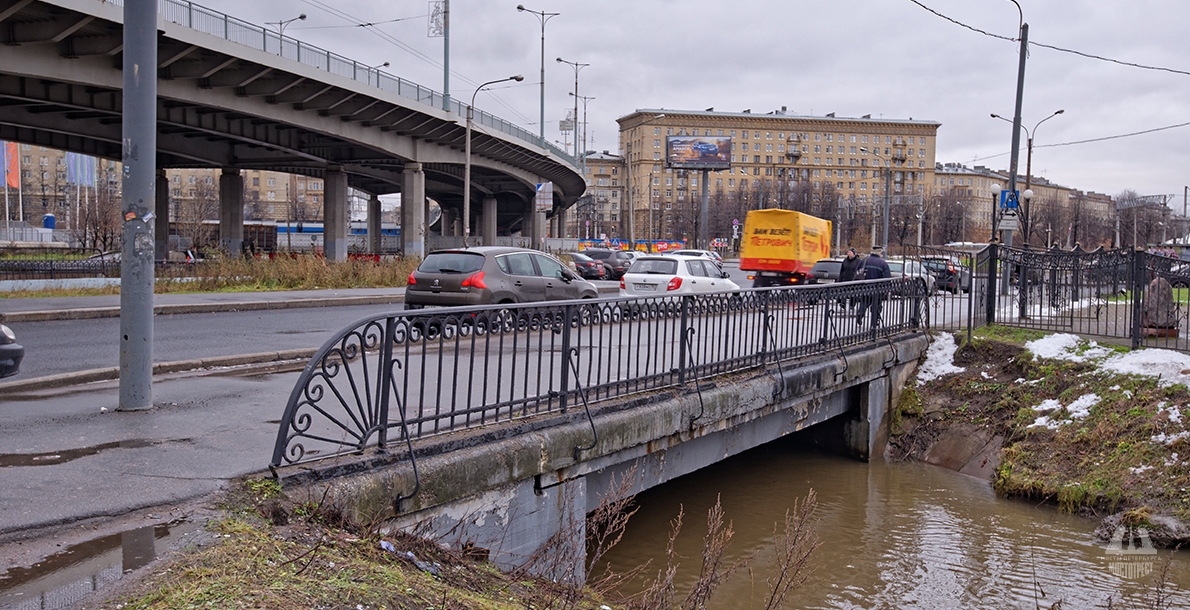 The 1st Krasnenky Bridge is named after the river flowing from the Ligovsky Canal to the Gulf of Finland. The Krasnenkaya River flows through the industrial area opposite Krasnoputilovskaya Street, crosses the territory of Krasnenkoye Сemetery and turns in Coal Harbour.

The 1st Krasnenky Bridge is located in the alignment of Stachek Prospect. The bridge was outside the city boundaries for a long time, it was put on to Lenmosttrest books in 1957. This is a single-span reinforced concrete simple bridge.

The roadway of the bridge was too narrow for the passage of transport, so in 1957 under the project Lengiproinzhproject the bridge was widened by transferring of sidewalks onto the consoles. To protect the bridge wings against washout a retaining wall was built with the strengthening of slopes with concrete slabs from four sides.

In 1986 during repair works the reinforced concrete curb was replaced with a higher one.