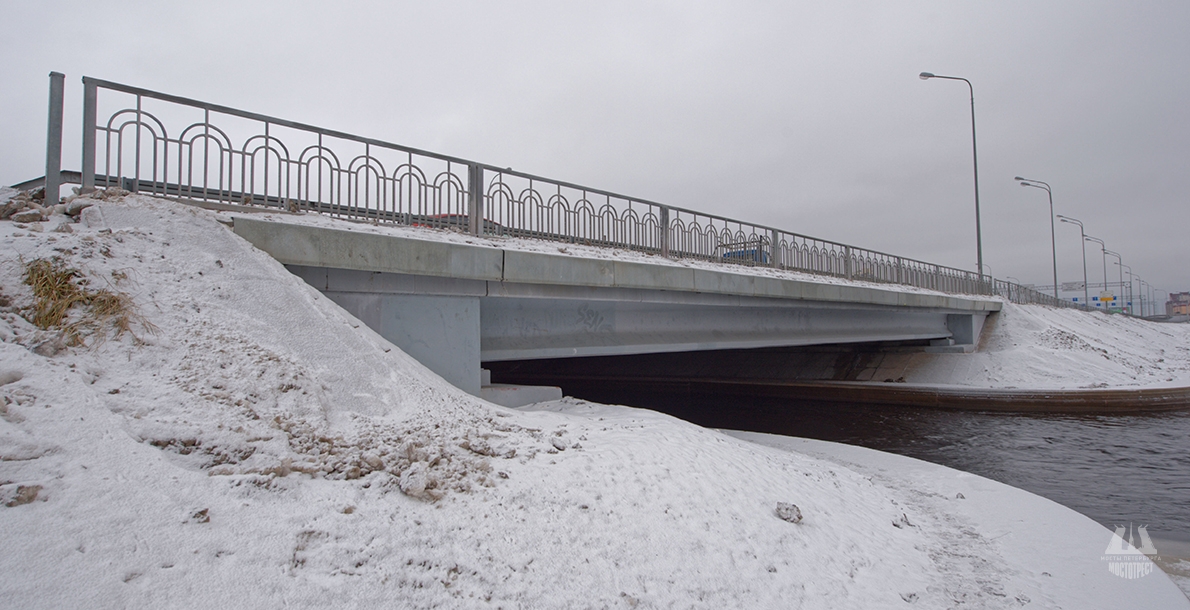 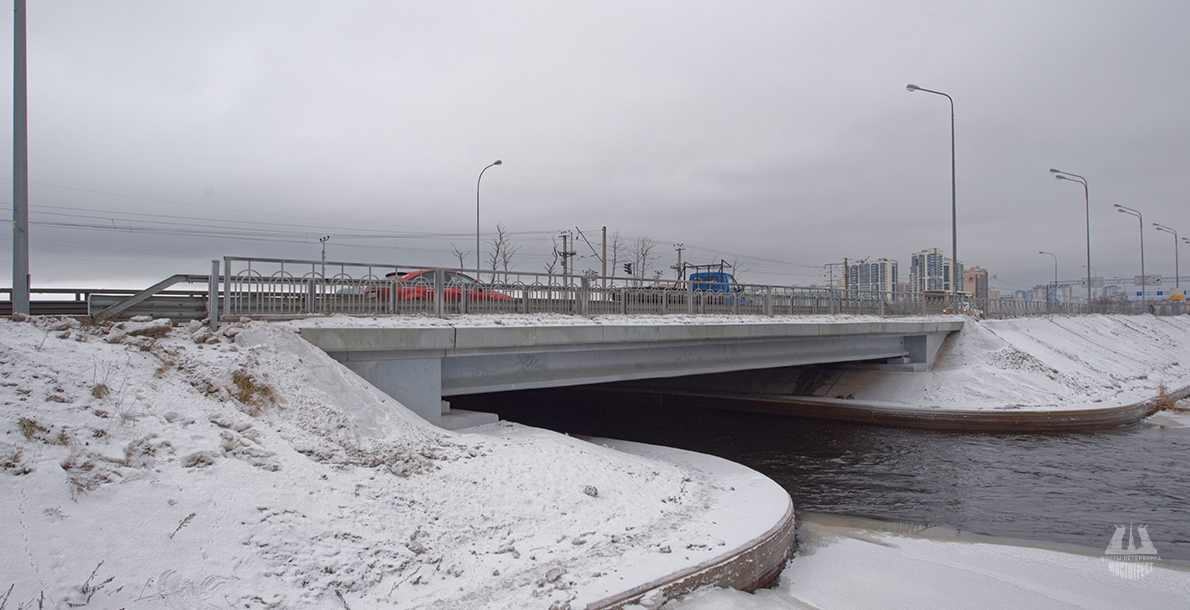 The 1st Lakhtinsky Bridge is located in Primorsky District of Saint Petersburg. The Bobylka River called so in honour of Bobylskaya settlement - the north-eastern part of the village of Lahti - connects Lake Lakhta (Lakhtinsky Razliv) and the Gulf of Finland. The bridge spans the river. It is situated on Primorskoye Highway, federal highway M-10. The bridge got its name in 1950 in honour of Lakhta village located nearby. The lake and the bridge derived their names from the Finnish word «lahti» - gulf, bay.

In 1956 at this place a single-span concrete simple bridge was built with monolithic reinforced concrete abutments on earth foundation.

In 1961, under the project of Giproavtotrans, the reconstruction of the bridge was performed.

The railings on the bridge are made of cast iron grates. The sidewalks are separated from the roadway by concrete blocks.

The bridge was built by the efforts of Mostostroy No.6. Until the city boundaries were changed the bridge was under the jurisdiction of Ushosdor and then in 1972 by decision of Lengorispolkom (Leningrad City Executive Committee) it was put on to Lenmosttrest books.

In 2011 the large-scale reconstruction of the bridge was performed.