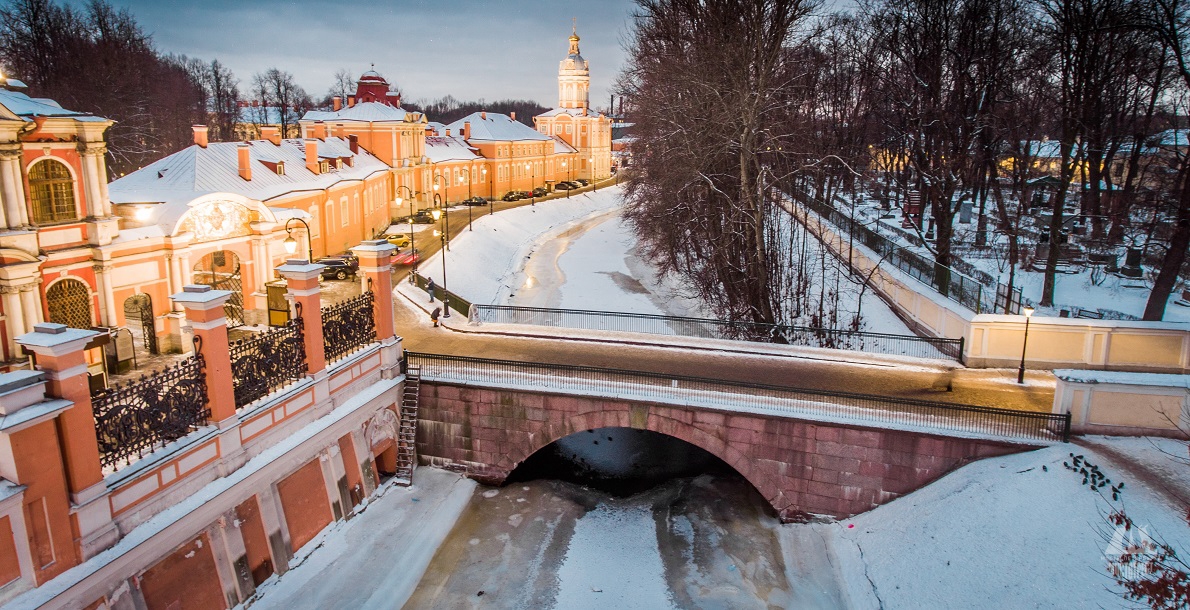 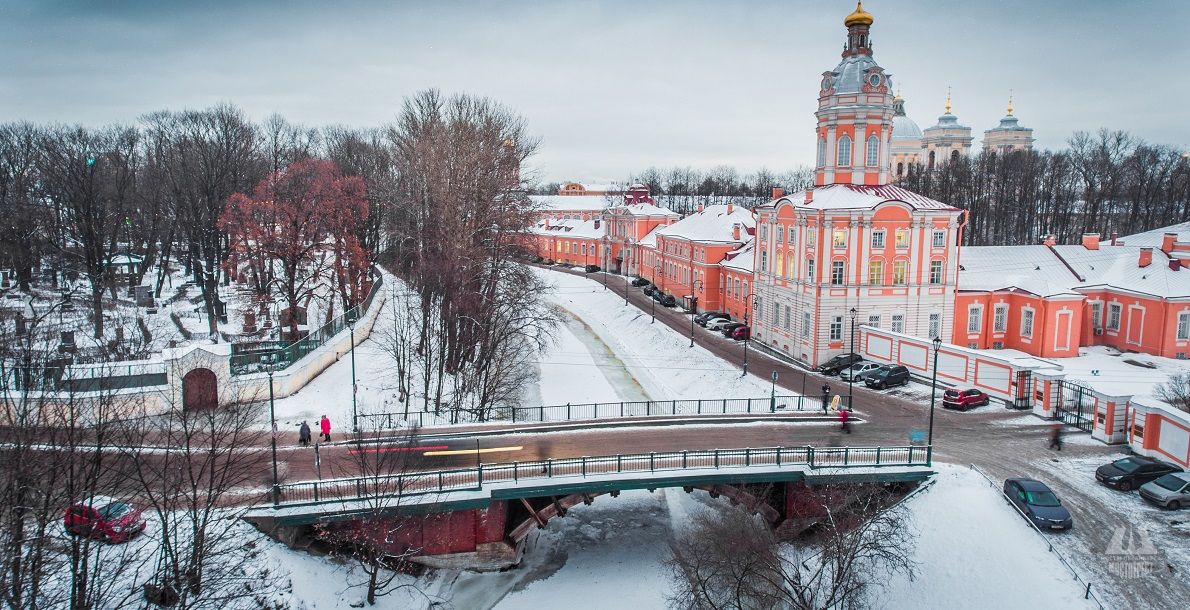 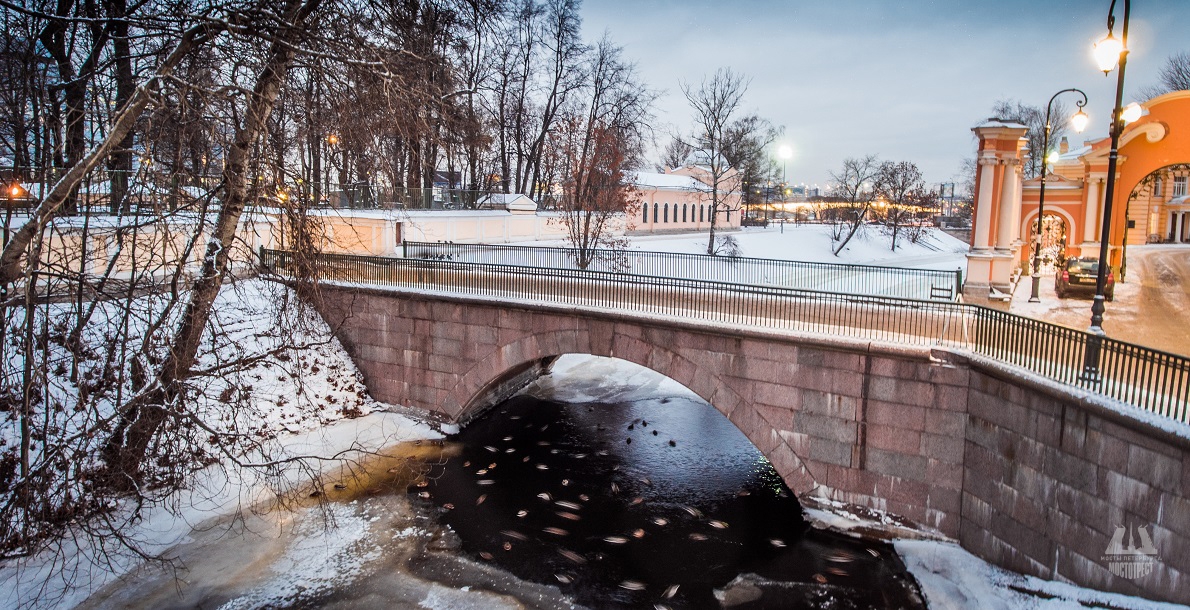 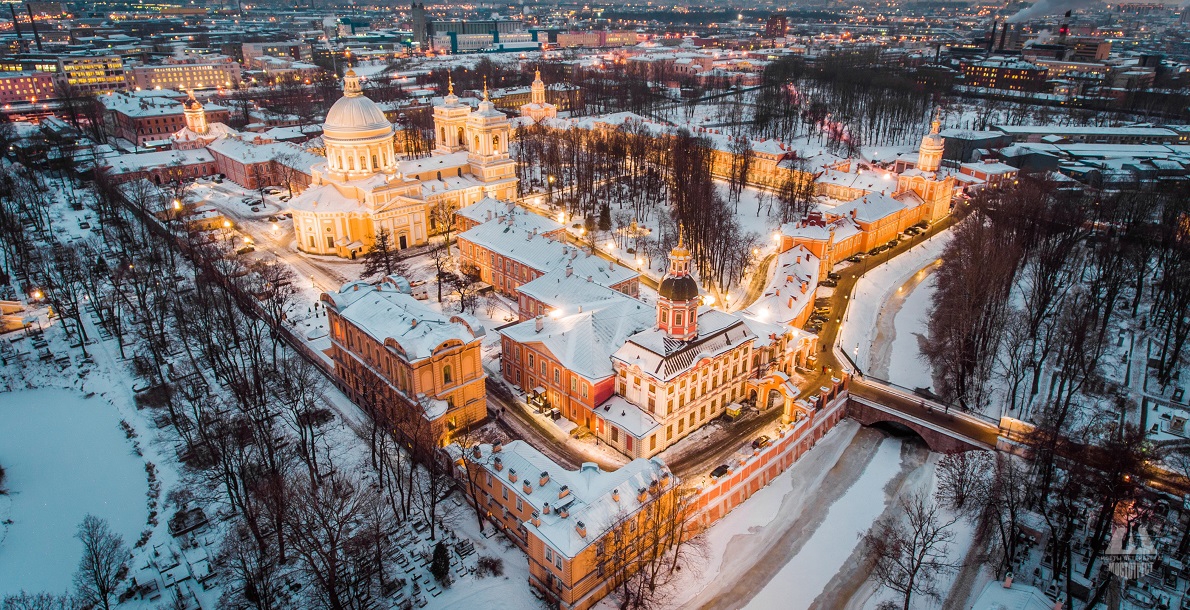 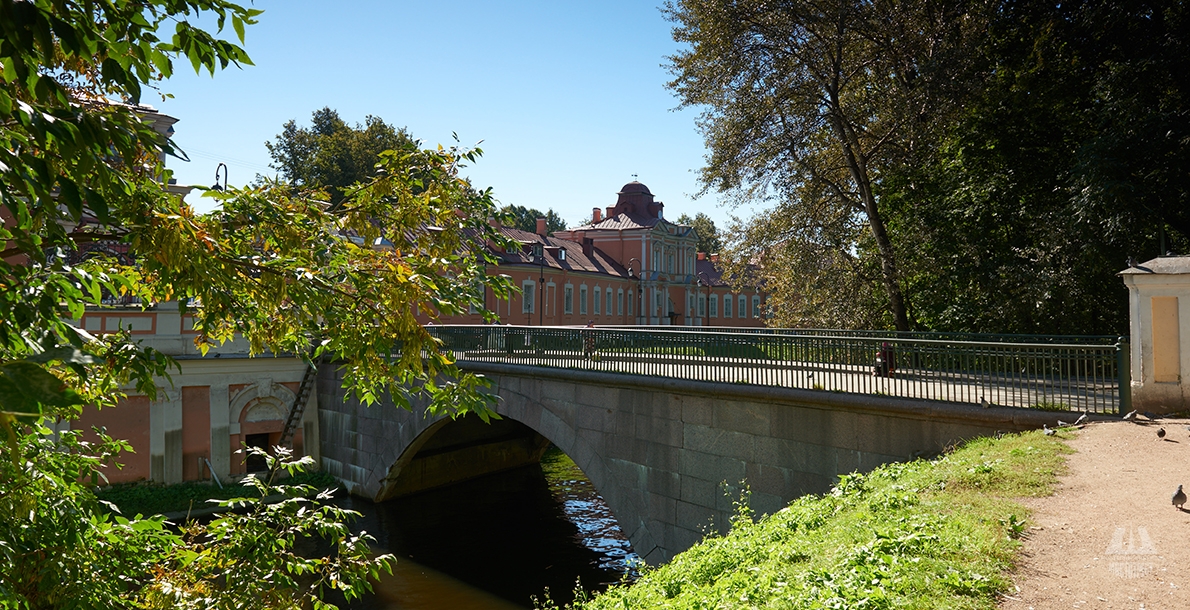 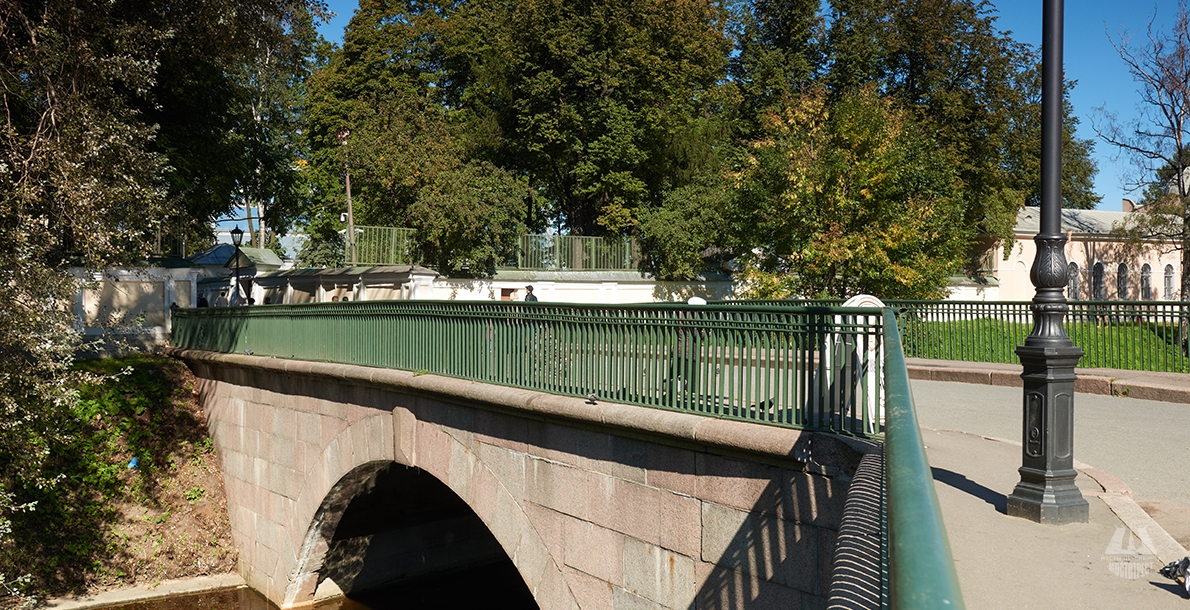 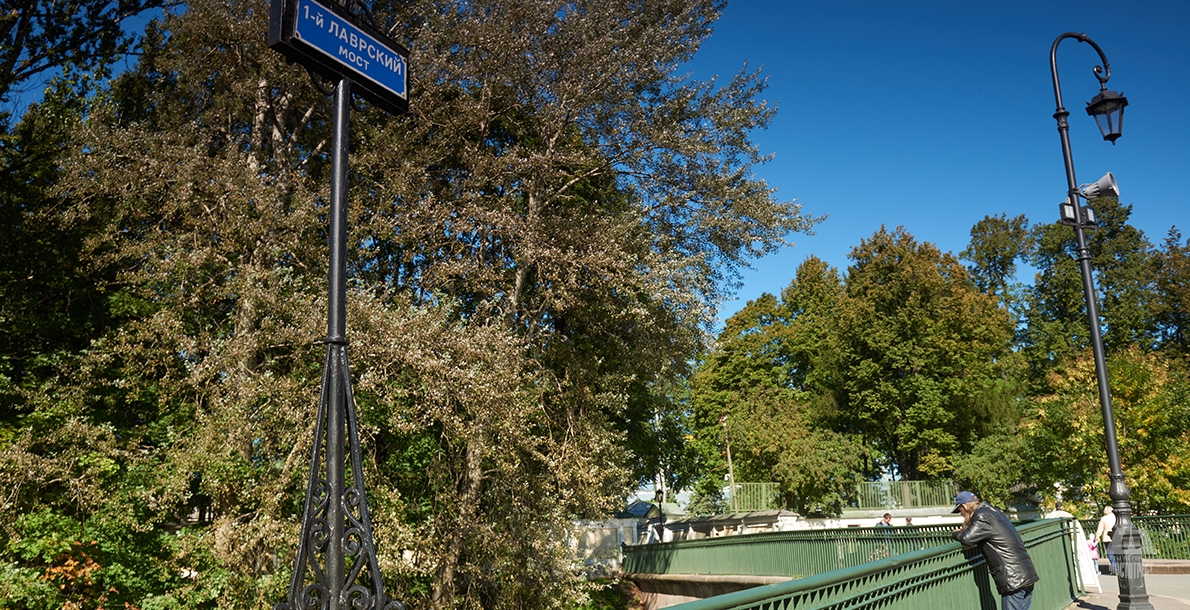 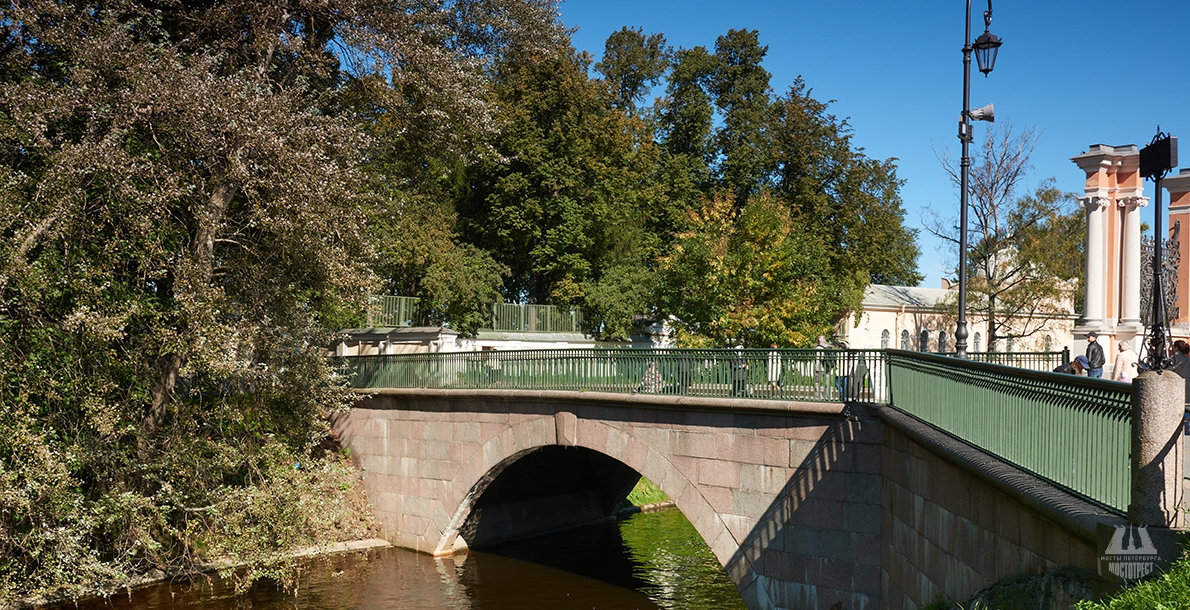 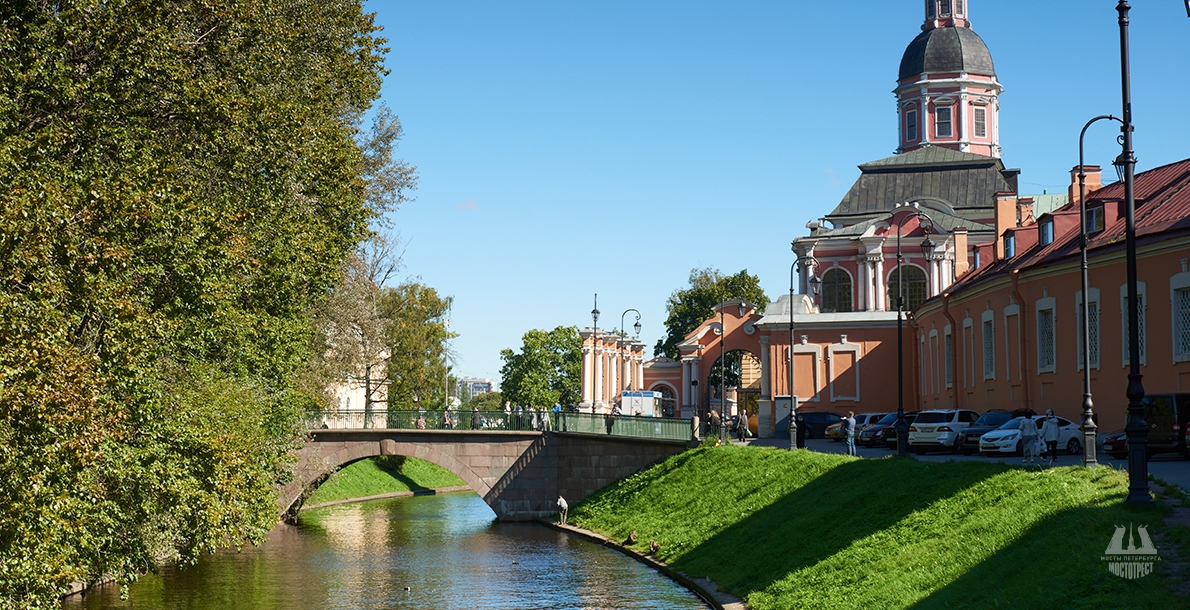 The 1st Lavrsky Bridge is one of the oldest bridges of the city, construction of which refers to the first half of the XVIII century. Originally, it was a wooden strut-framed bridge. The wooden bridge was repaired several times.

The 1st Lavrsky Bridge is a link between the Monastery gates and Nevsky Prospect. It is known that since 1712 there existed a pontoon crossing, and in 1718 a lift bridge replaced it. Then in the 1830s on the site of the old bridge a new single-span wooden beam bridge structure installing on brick abutments was built.

In 1924 the 1st Lavrsky Bridge was renovated and rebuilt in a five-span wooden simple bridge while preserving the brick abutments. The superstructure consisted of wooden girders, the old arches that have become unusable, were replaced by new wooden ones which served 25 years until 1949.

In 1949 during the next repair wooden girders were replaced by metal beams. The bridge was rebuilt in a three-span one on wooden supports while retaining stone abutments. The wooden superstructure and railing were preserved. The bridge length is 27.3 meters, width - 8 meters. The bridge is designed for the traffic of cars and pedestrians.

The modern 1st Lavrsky Bridge was built in 1970-1972, under the project developed by engineer A.I. Rubashev and architect L.A. Noskov. The erected bridge represented a girder construction with a reinforced concrete span structure camouflaged by composite arches on the facades faced with granite. From the facades the span structures beams are covered with decorative arches faced with granite. The abutments are massive ones, made of monolithic reinforced concrete on pile foundation and faced with granite. The roadway is covered with asphalt concrete pavement; sidewalks – with sand asphalt. The sidewalk is separated from the roadway with granite curb. Metal welded gratings of a simple pattern under the project of architect L.A. Noskov are installed on the bridge.

Since Lavrsky Bridge has no historical background (it is completely rebuilt) then it does not fall into the category of architectural monuments of St. Petersburg. However, it should be noted that it was made in the classical style for St.-Petersburg bridges and quite organically fits into the landscape. They said that the bridge is very similar to one of the bridges of Valaam Island – Vladimirsky Bridge leading to the small monastery in the name of All Saints.