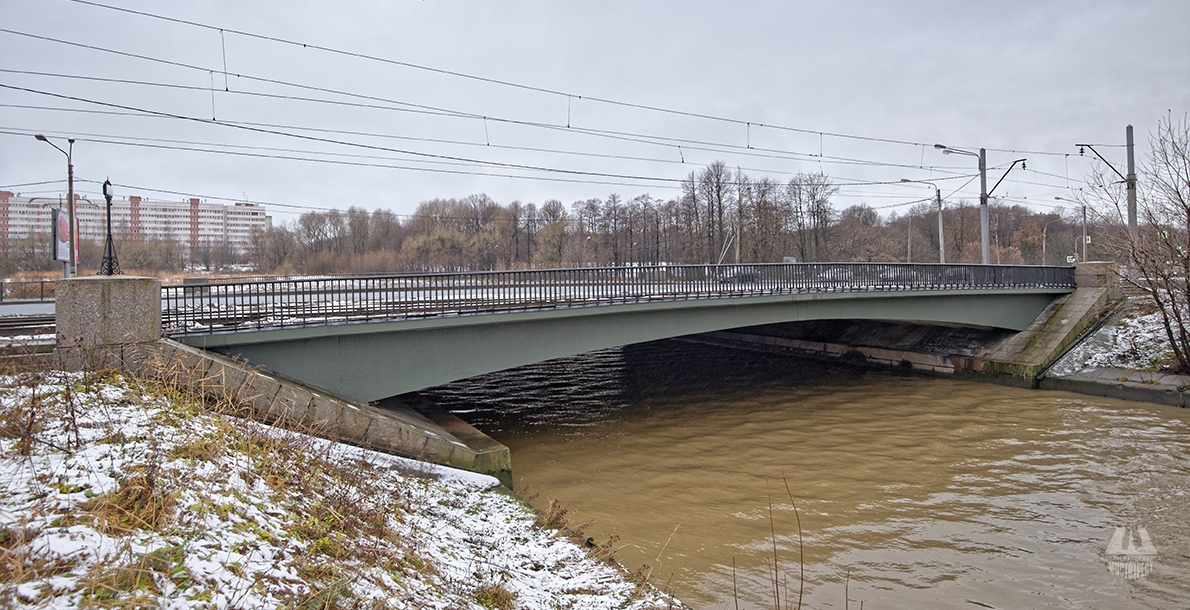 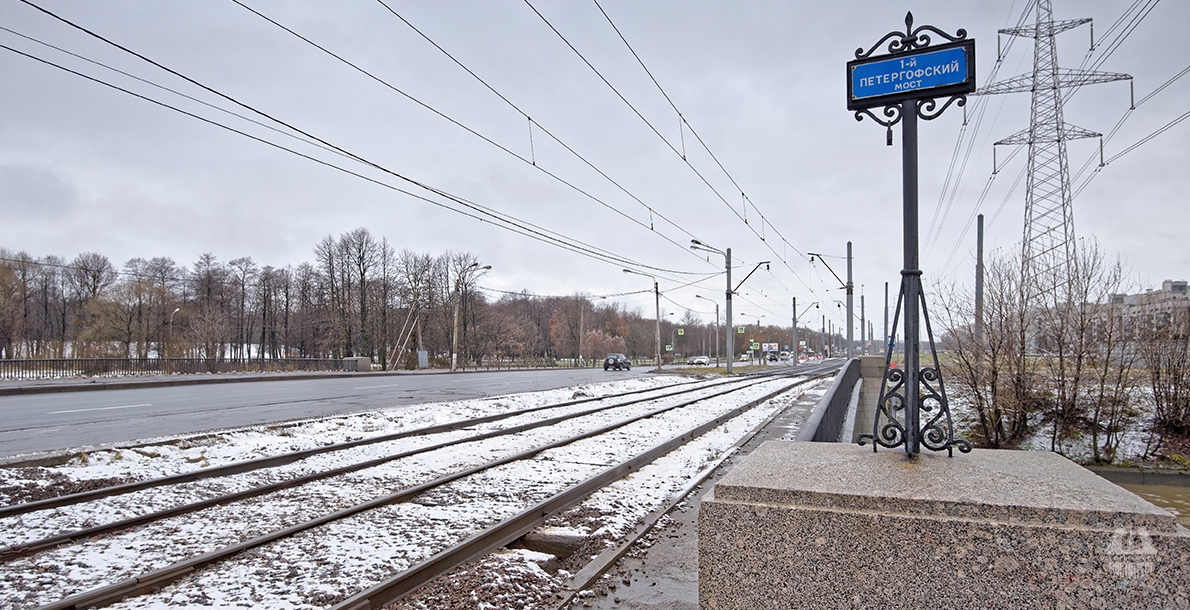 The 1st Petegofsky Bridge spans the Dudergofsky Canal at Petegofskoye Highway, and it is located in the northern part of Kirovsky District of St. Petersburg, near the western boundary of Yuzhno-Primorsky Park.

The bridge was built in one of the main areas of housing, which was conducted on reclamation areas in the part of the City where there was the forward edge of Leningrad defence during the Great Patriotic War.

The bridge was built in 1982-1984 under the project of engineer A.A. Sokolov of Lengiproinzhproject. The crossing is designed for car and pedestrian traffic. Initially, the tram lines were in operation on the bridge, but later they were dismantled.

Reinforced concrete slab of the roadway is included in the main beams operation. The bridge abutments are massive ones, made of monolithic reinforced concrete on earth foundation and faced with granite. Low retaining walls are placed adjacent to the abutments.

The cast iron pedestrian railings of a simple pattern without bollards are installed on the bridge. At the ends of the railings granite pedestals are installed.

The roadway is covered with asphalt concrete pavement; sidewalks – with sand asphalt. The sidewalk is separated from the roadway with granite curb.

The bridge got its present name in 2010, and before that time it had no name.