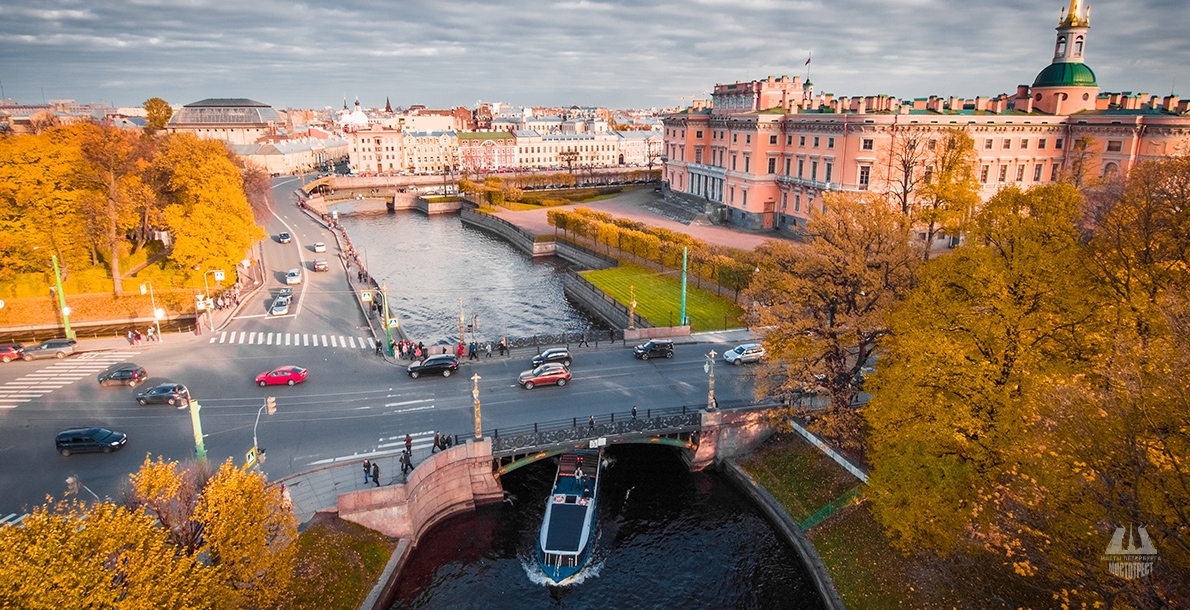 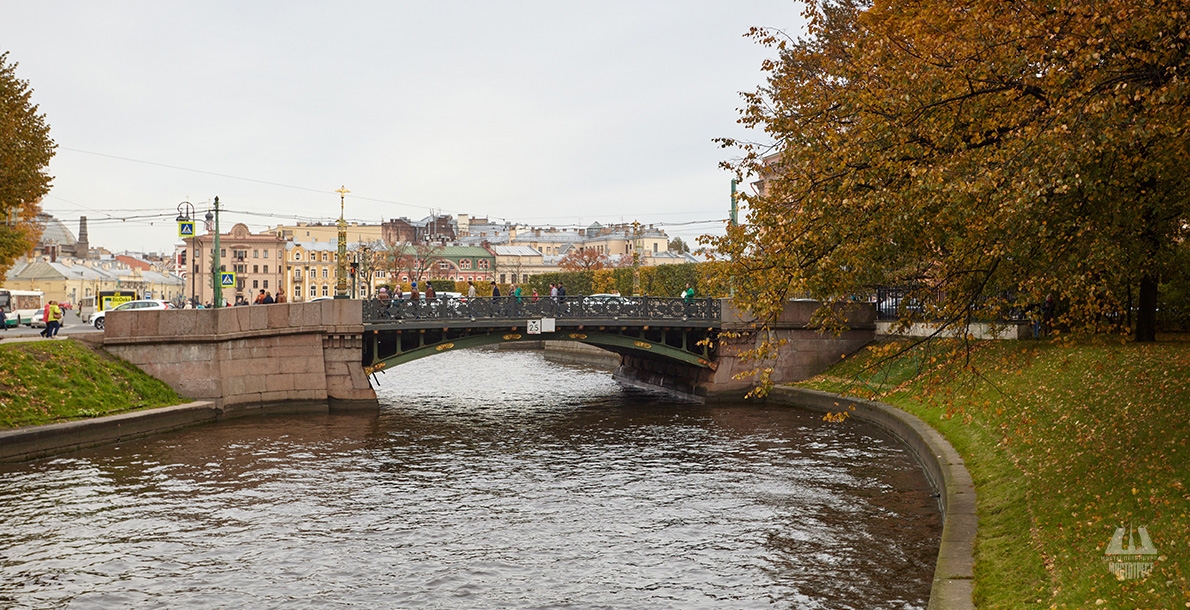 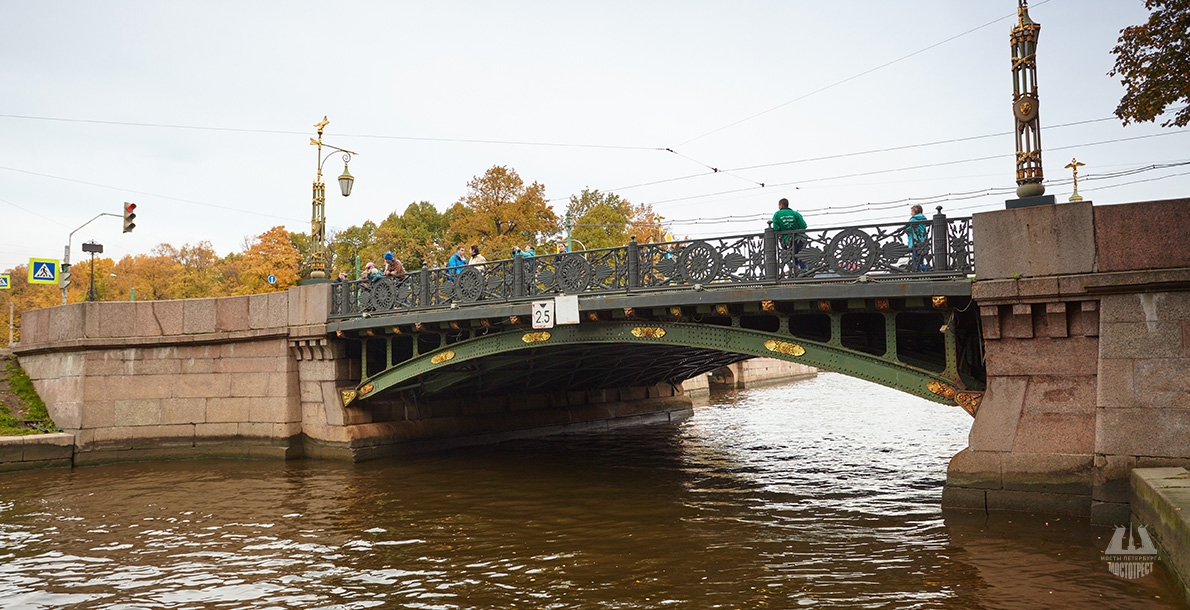 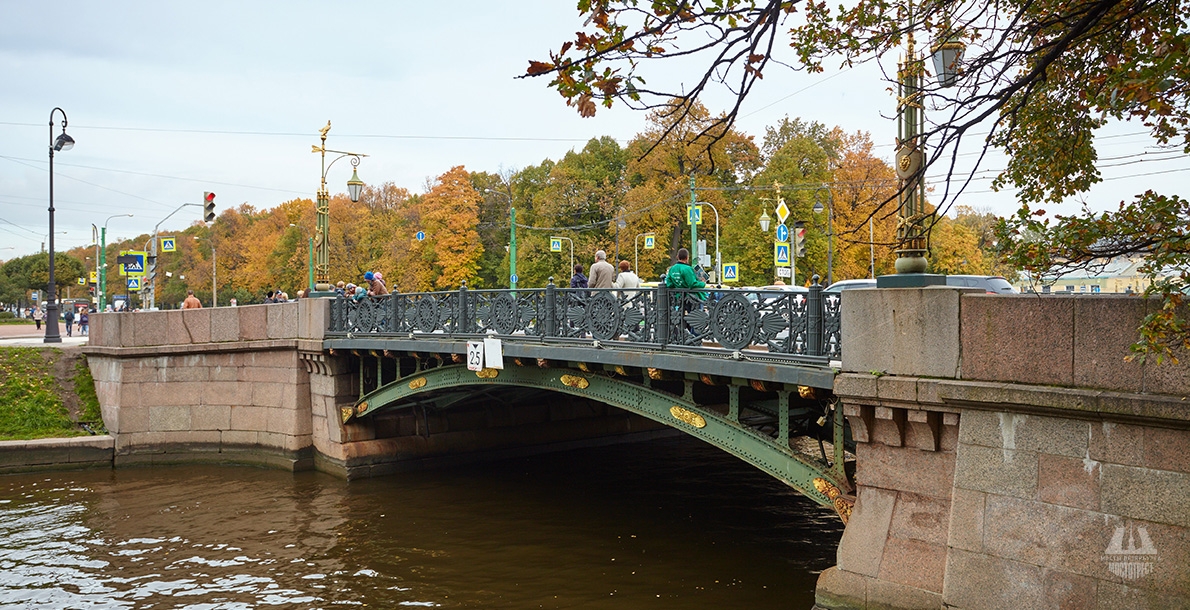 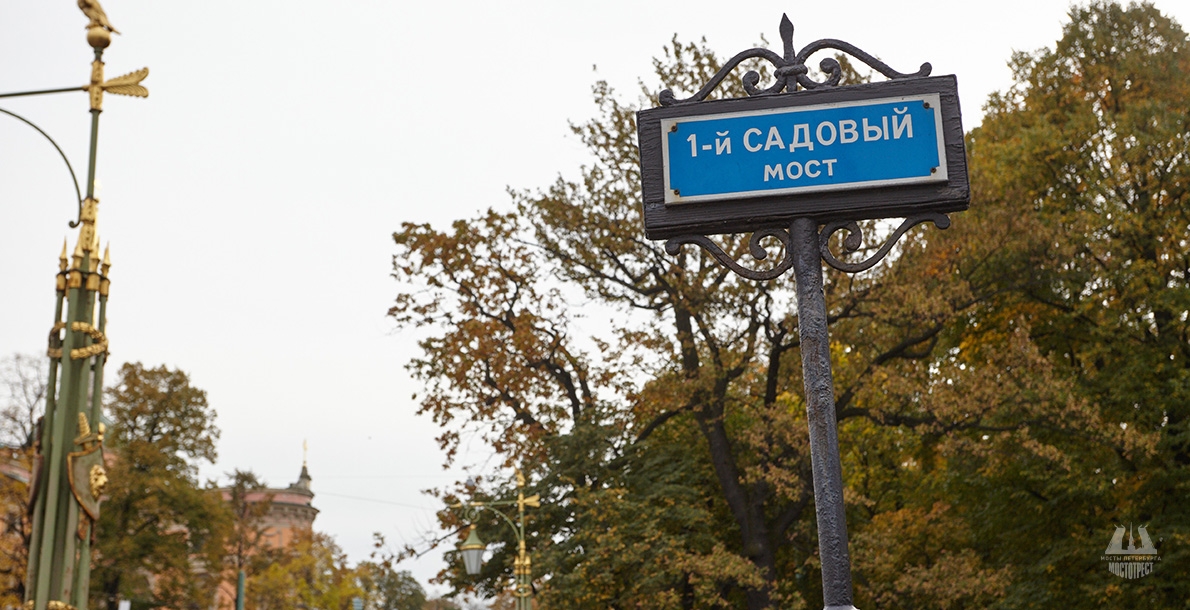 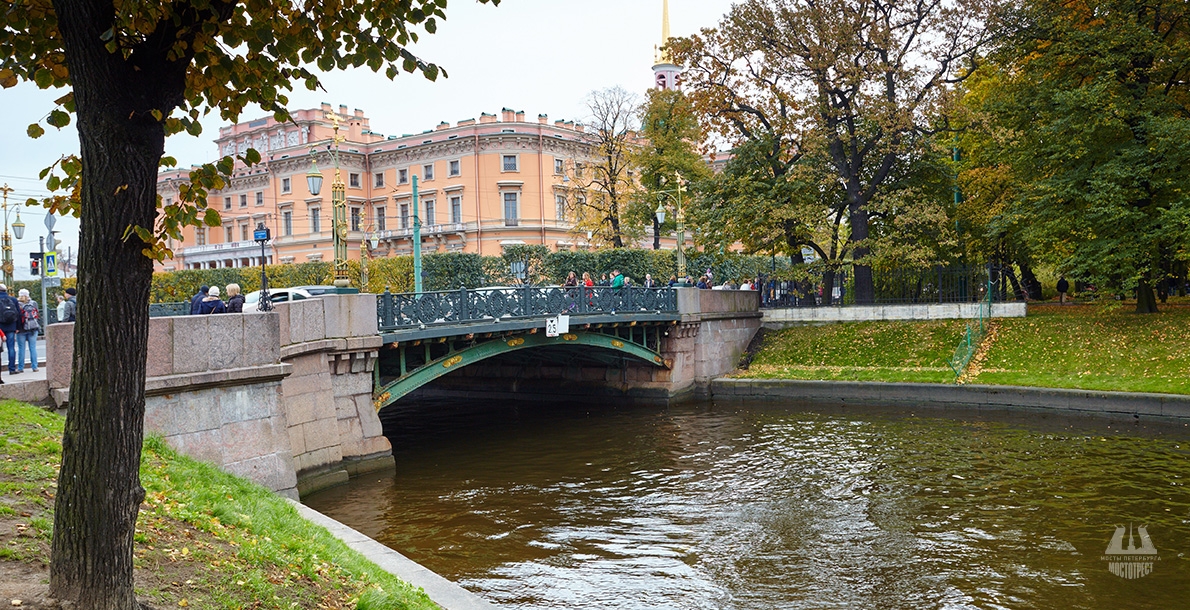 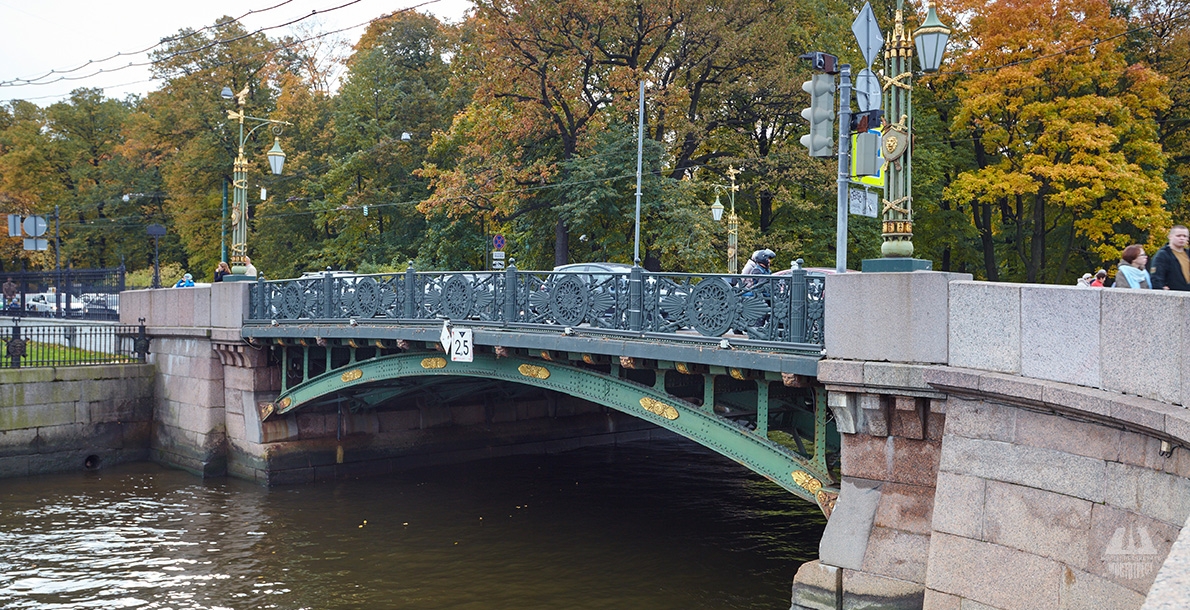 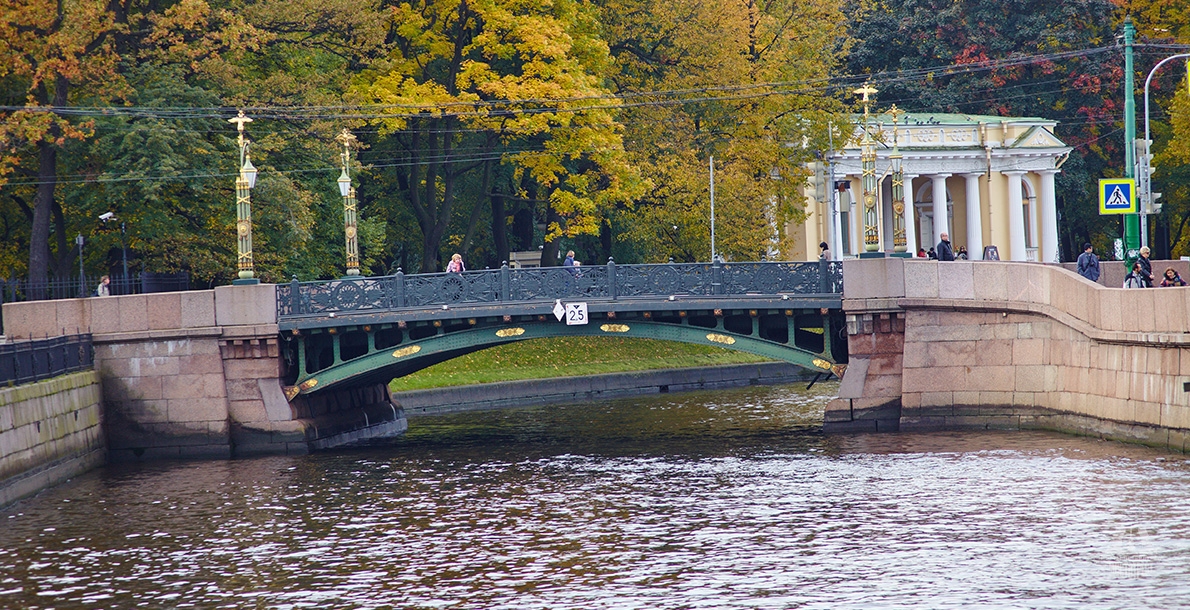 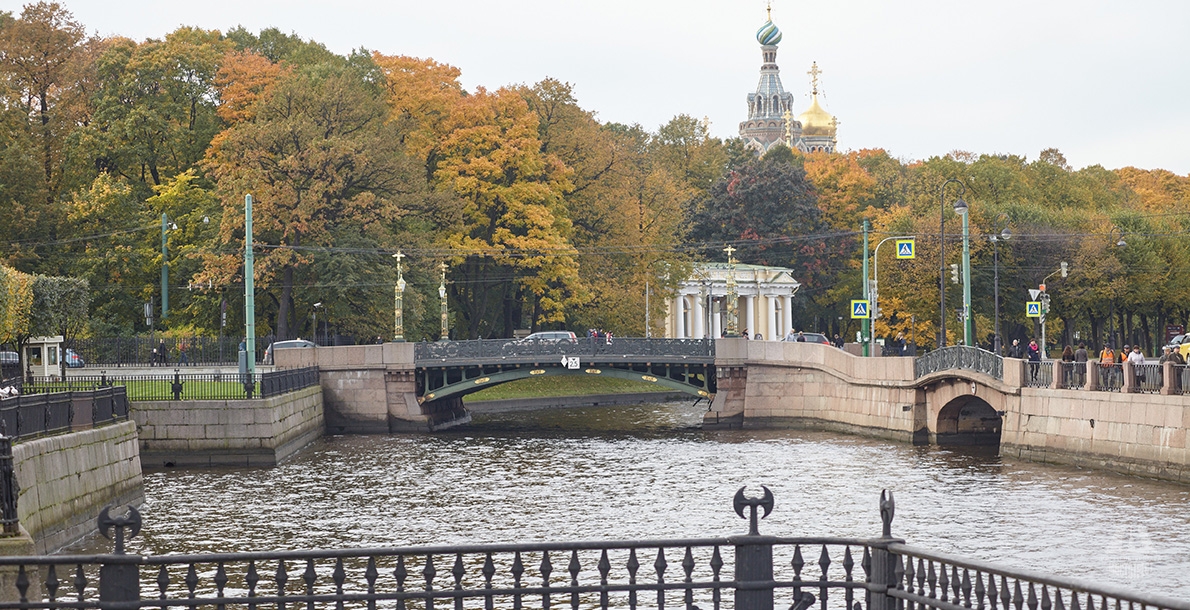 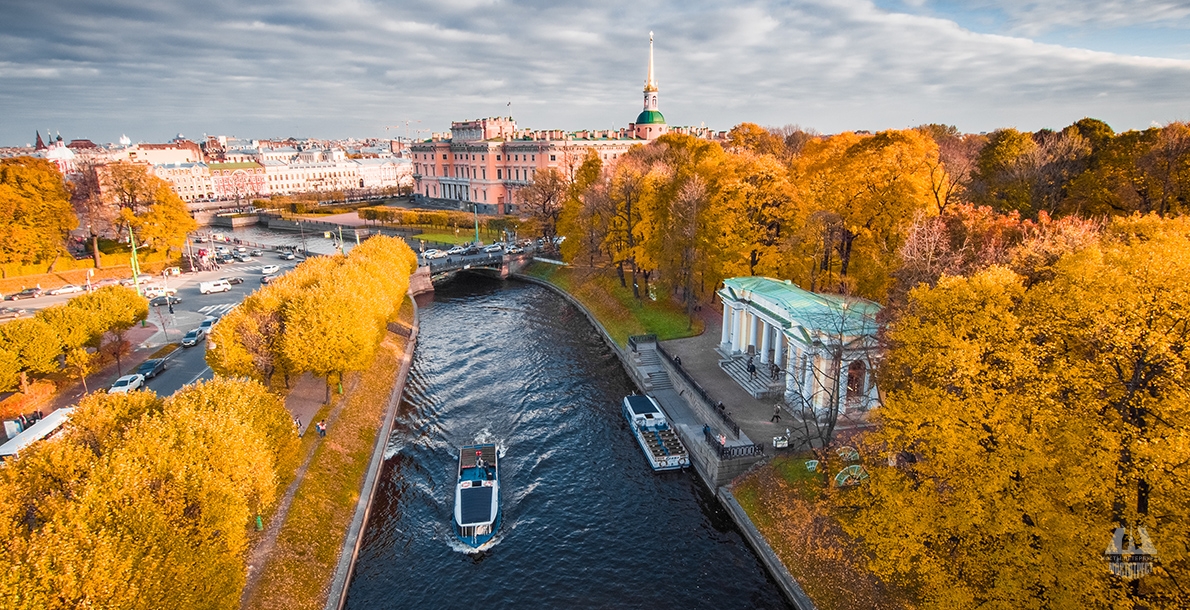 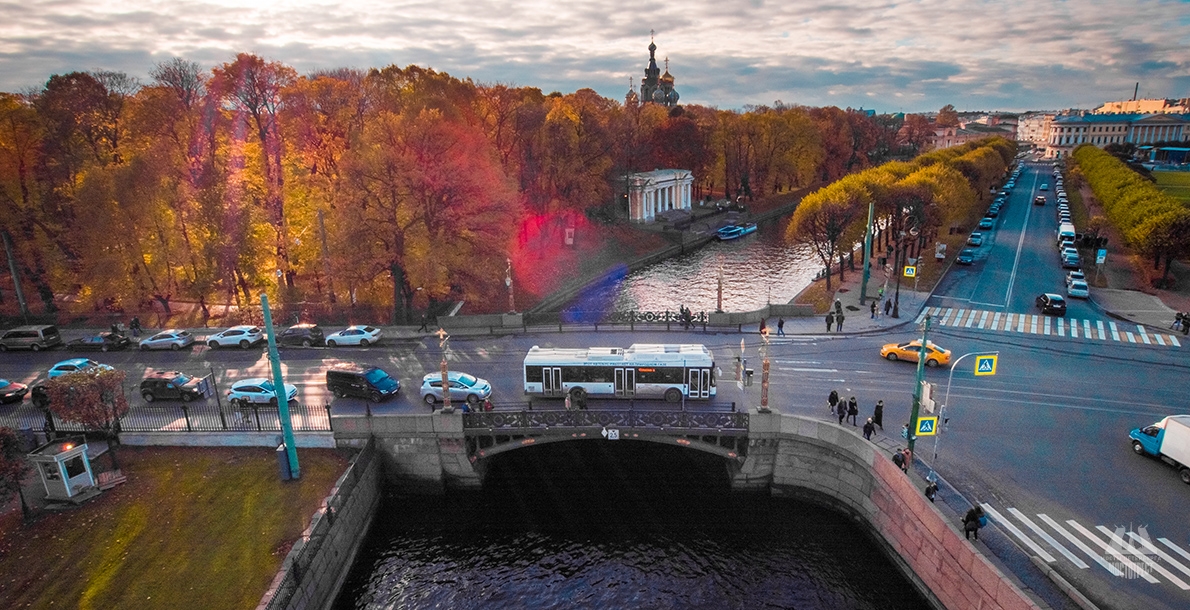 The 1st Sadovy Bridge - connects the Spassky Island and the 1st Admiralty Island on the River Moyka in the Central District of St. Petersburg.

In 1711, dredging work on the Moyka River has begun as well as the work on its connection the Fontanka by straightened canal passing near the Summer Garden. Initially, its banks were reinforced with timber. At the intersection of the current Sadovaya Street in the 80 years of XVIII century timber bridge was first built. At the end of the ХVIII century the bridge was named the 2nd Tsaritsynsky.

In the years 1798-1810, in connection with the construction of the granite embankment of the Moyka River, it was replaced by a single-span timber bridge on rock abutments.

In 1826 architect K.I. Rossi has made the project a unified ensemble of the district.

In 1835-1836 during the replanning of the territory of the Field of Mars (Marsovo Polye) and Mikhailovsky (Enginerny) Castle, the bridge was rebuilt by the General Railway Authority to a single span, stone, arched one. It was a span masonry arch bridge; arch facades were faced with granite. The bridge has massive rock abutments on pile foundation and faced with granite. Art casting iron railing was installed on the bridge. Since the beginning of ХIХ century until 1924, the bridge was called Michailovsky.

In 1906-1908 the bridge was completely rebuilt due to increased traffic and the introduction of tram traffic on Sadovaya Street. Stone arch was replaced with 9 metal double-hinged arches on which superstructure is rested by means of stanchions. The bridge has massive rock abutments on pile foundation and faced with granite. The project of the new bridge included architectural motifs of decoration of cast iron bridges of the first third of the XIX century. Cast-iron railings made of round open-worked shields and crossed spears, lighting columns on the granite pillars at the entrance to the bridge in the form of bundles of spears intertwined by wreaths and decorated by shields with lion masks, repeat similar columns on Kamennoostrovsky Avenue. The authorship of the drawing under which cast-iron railing sections were cast belongs to the architect. Rossi.

Lost by the time the bridge decor and stand lamps were installed only in 1913. Castings were made in a private Foundry “Trud”.

In 1967 and 1995, stand lamps and light masts with gold bridge architectural details were renovated. 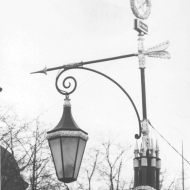 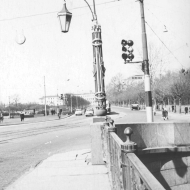 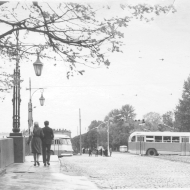 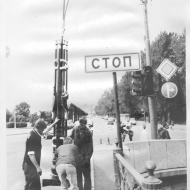 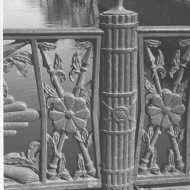 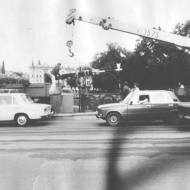 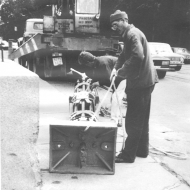 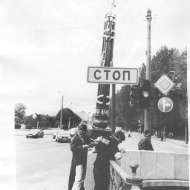 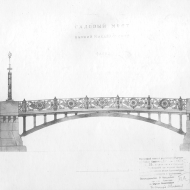 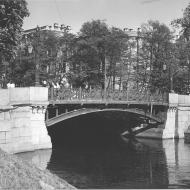