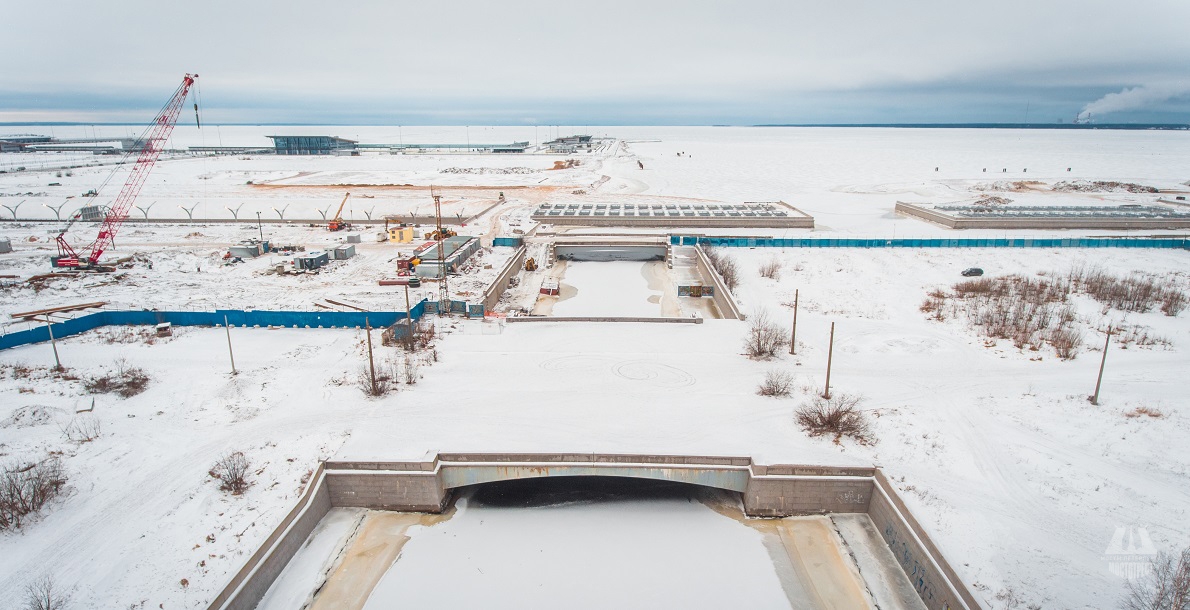 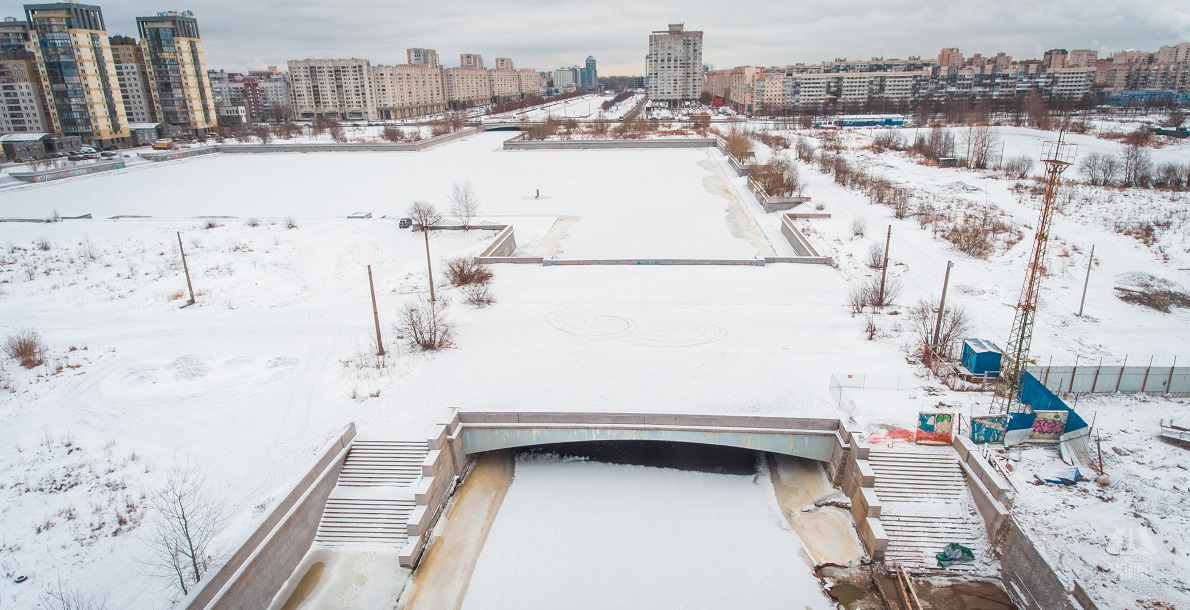 The 1st Smolensky Bridge in St.-Petersburg is hanging over the left arm of the Smolenka River, connects its left bank with Rechnoy Island.

According to new lay-out the Smolenka River is widened from the downstream of Korablestroiteley Bridge and is divided into two arms with the River Island between them. The numbered Smolensky Bridges (including the 1st Smolensky Bridge in St.-Petersburg) were built in the 1980s in alignments of the future Morskaya Embankment.

The 1st Smolensky Bridge was built in 1986-1987 under the project of engineer А.А. Sokolov of Lengiproinzhproject. It is a road single-span reinforced concrete cantilever frame bridge with a hinge in the middle of the span.

The superstructure is made of standardized prefabricated blocks. The superstructure facades have a curved shape of the lower chord with metal facade sheet. The bridge abutments are made of monolithic reinforced concrete on pile foundation with front face angle.

The parapets are made of monolithic reinforced concrete and are faced with granite. There is an asphaltic concrete pavement on the bridge over the concrete plate included in the operation of the main beams.

Now it is possible to pass over the bridge from the side of Dekabristov Island to Vasilyevsky Island, but it is impossible to get straight to the Morskaya Embankment, from which the road goes to the Marine Faсade port. For this purpose it is necessary to go to Korablestroiteley Street, and then turn to Michmanskaya Street.