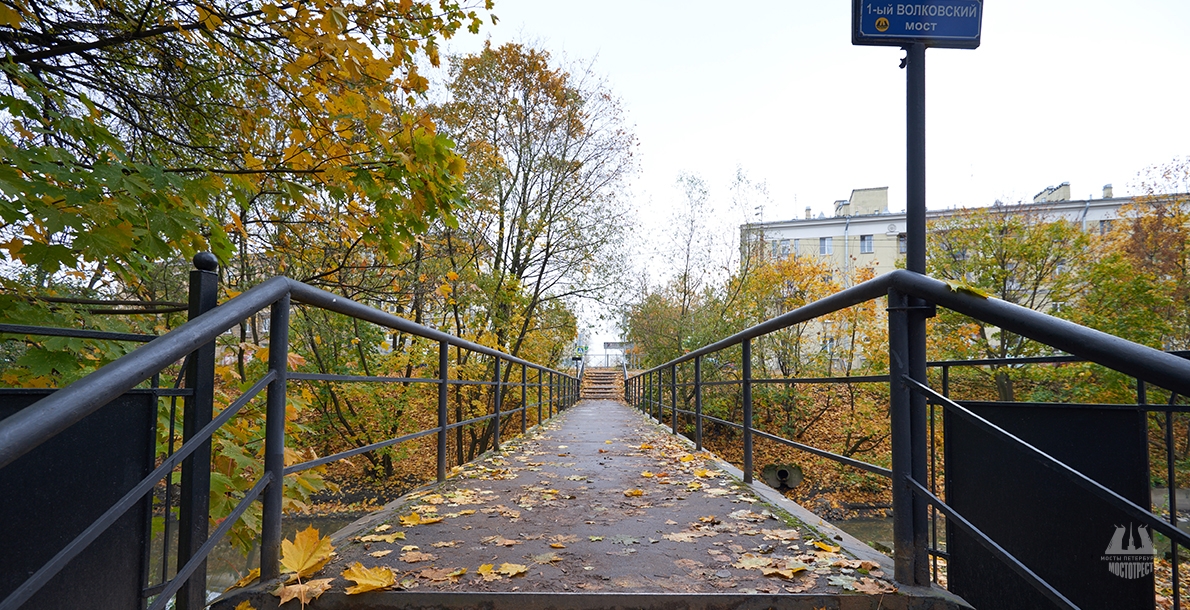 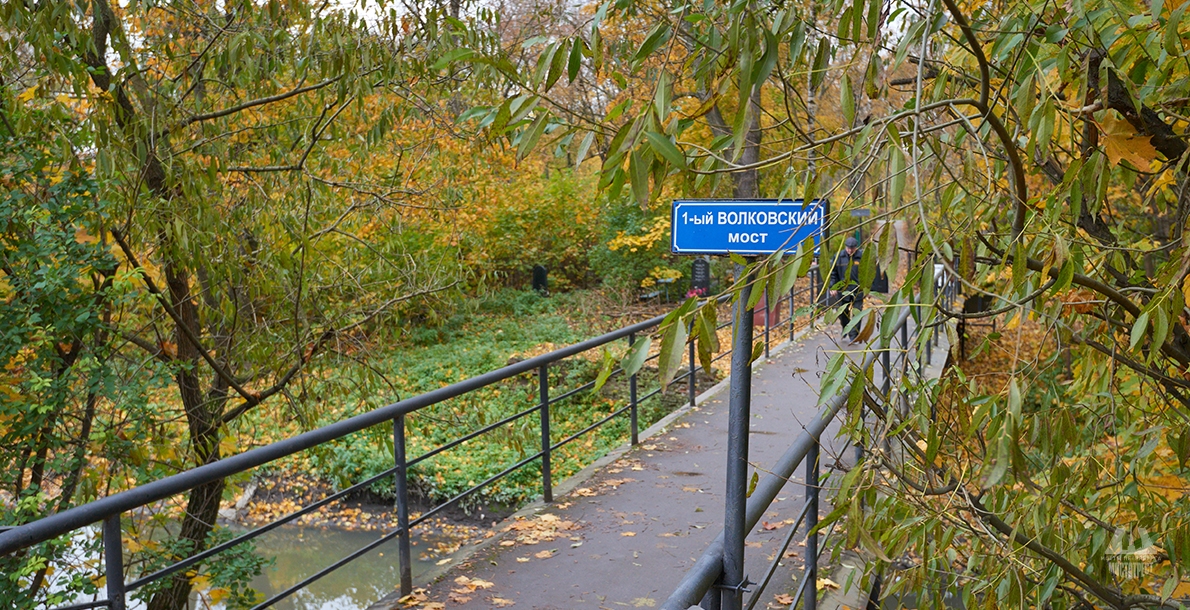 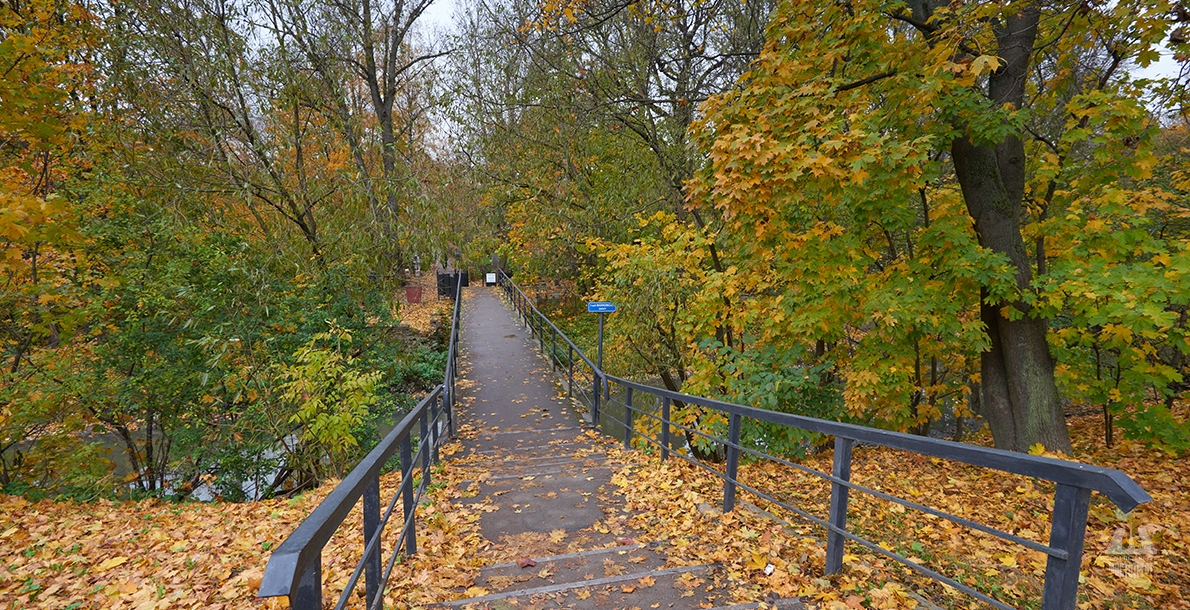 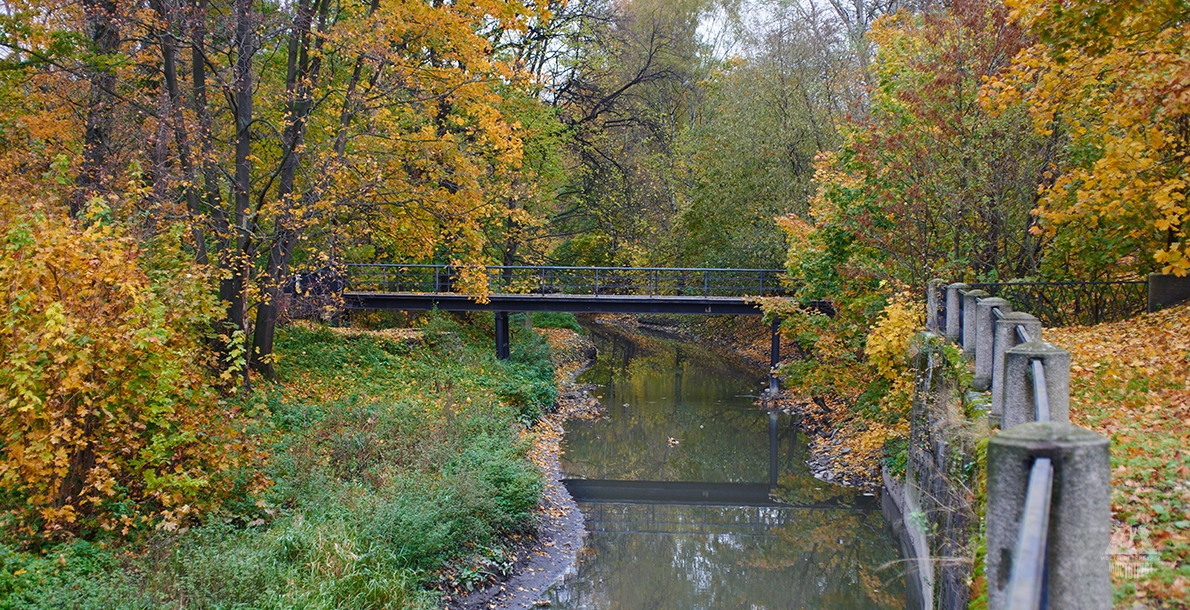 The 1st Volkovsky Bridge is a pedestrian bridge over the Volkovka River in Frunzenksy District. It is located in the alignment of Srednyaya Street, below Kasimovsky Bridge, and it is intended for the passage to the Volkovo Cemetery opened in the XVIII century yet.

As well as many places related to the Volkovka River the bridge has received its name from the Volkova Village located at this territory. According to one version the village name is associated with a crowd of wolves which had wandered there in packs and had attacked passers-by, according to another one — with a surname of the first settlers.

Downstream the river there is Staroobryadchesky Bridge.

Wooden beam bridge existed here even before the revolution.

In 1960s wooden stringers were replaced with metal beams, but supports, covering and railings remained wooden.

In 1995, under the project of TD of Mostotrest MP, the bridge was rebuilt in a three-span metal simple bridge. The author of the project  - engineer W.I. Feldman.

The superstructure consists of metal welded beams on which orthotropic ribbed plate is laid. The bridge abutments and intermediate supports are of lightweight type on metal tubular piles filled with concrete. The covering of the footway is sand asphalt. There is a metal welded railing, consisting of pipe columns and horizontal bars of square section. Entrances to the bridge are decorated with granite stair descents.

The bridge is designed for the pedestrian traffic. The bridge was built by efforts of RSU-5 GP, under the supervision of chief engineer N.I. Tarasenko and foreman A.V. Guzov. Inspector E.M. Lazarev of TD of Mostotrest MP exercised technical supervision of the work.