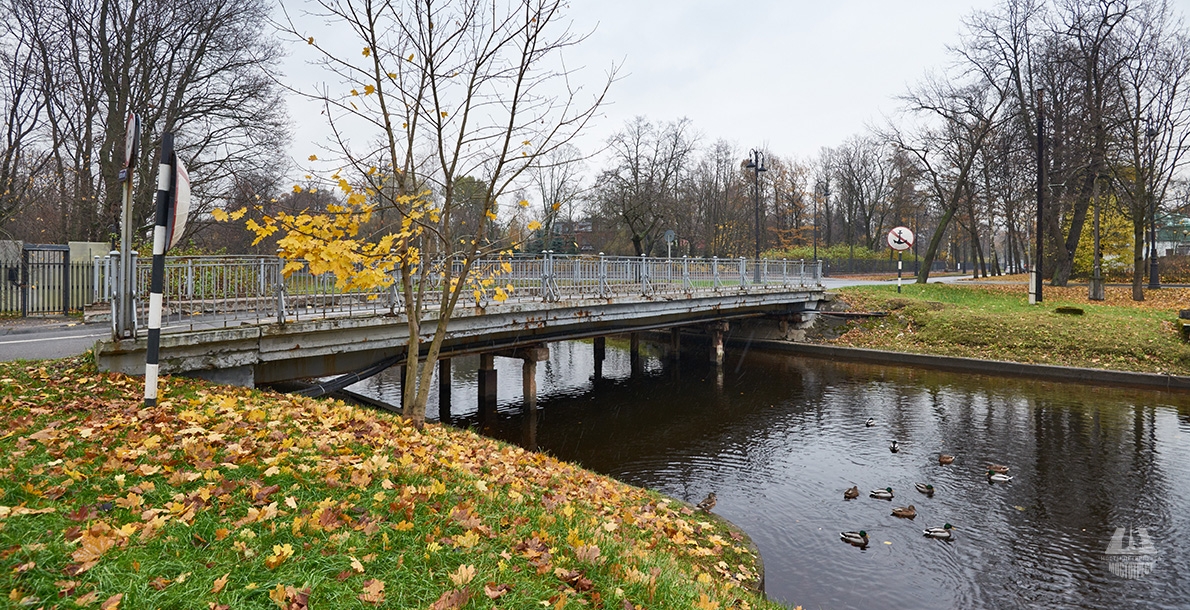 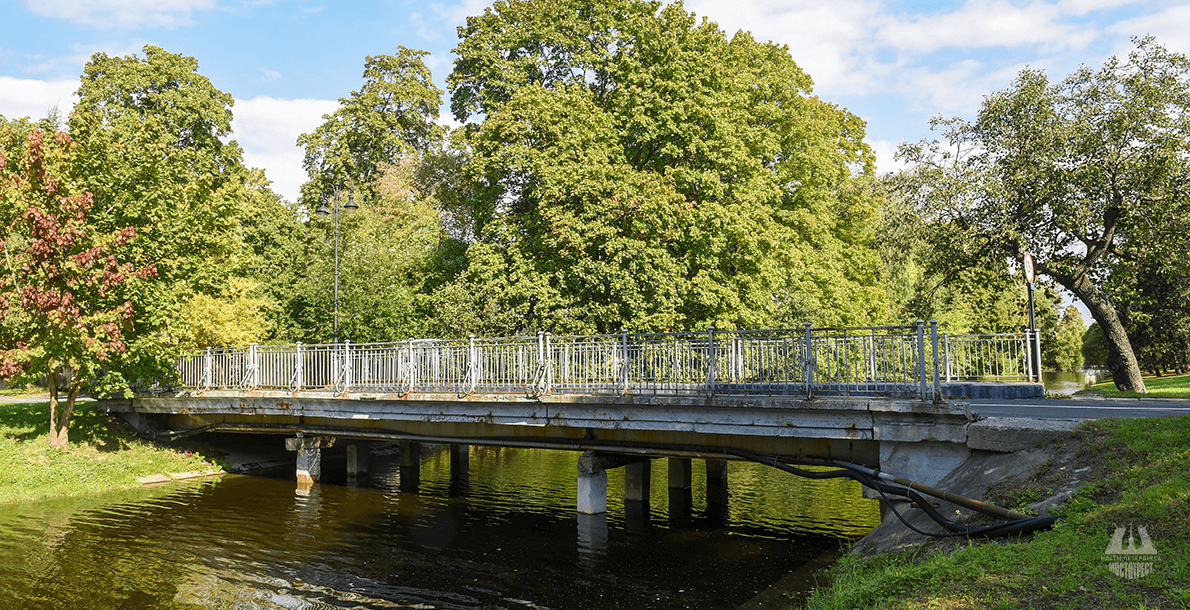 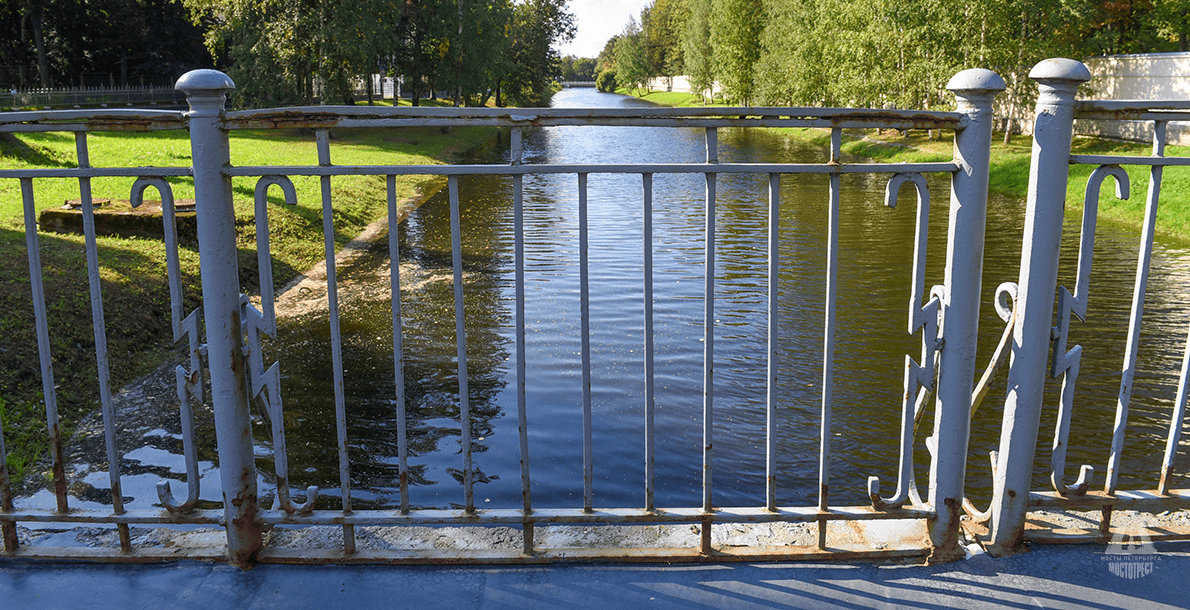 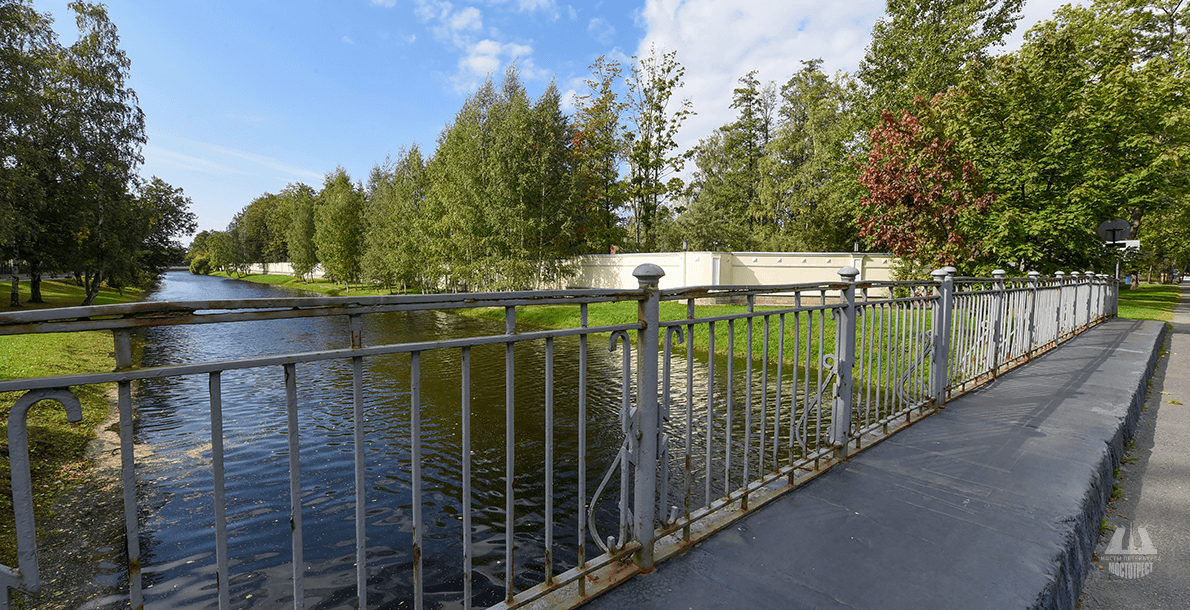 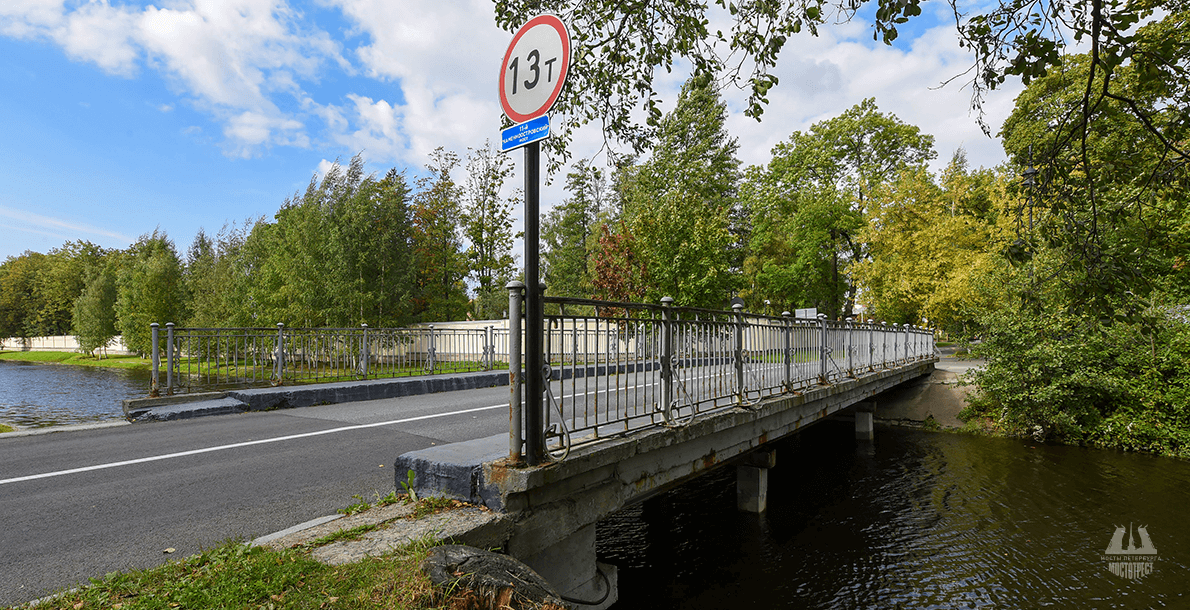 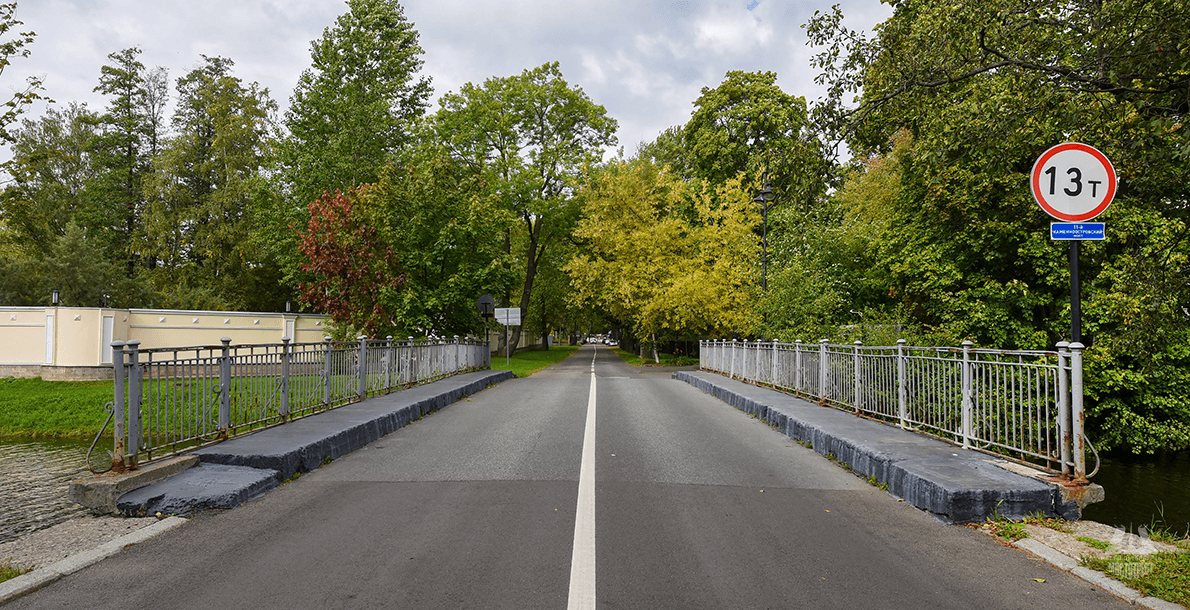 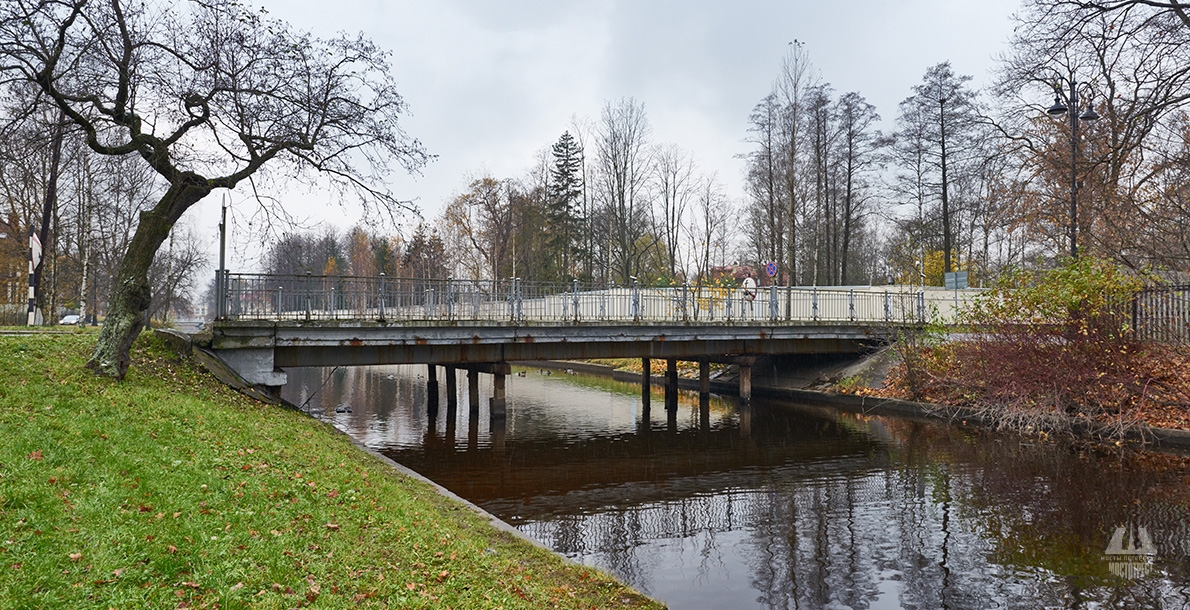 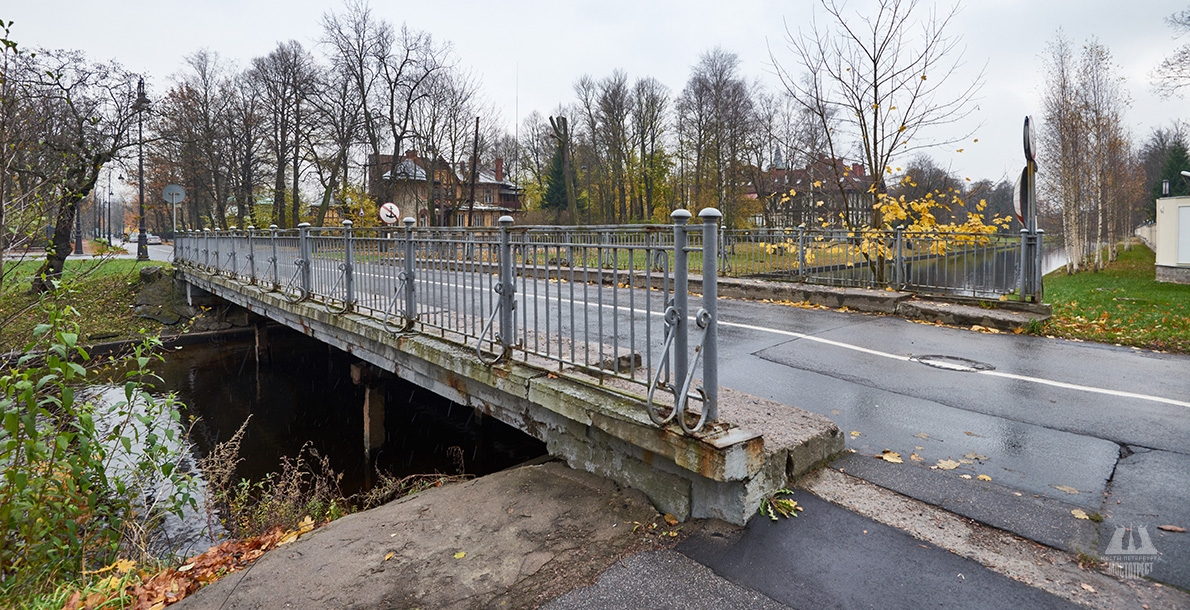 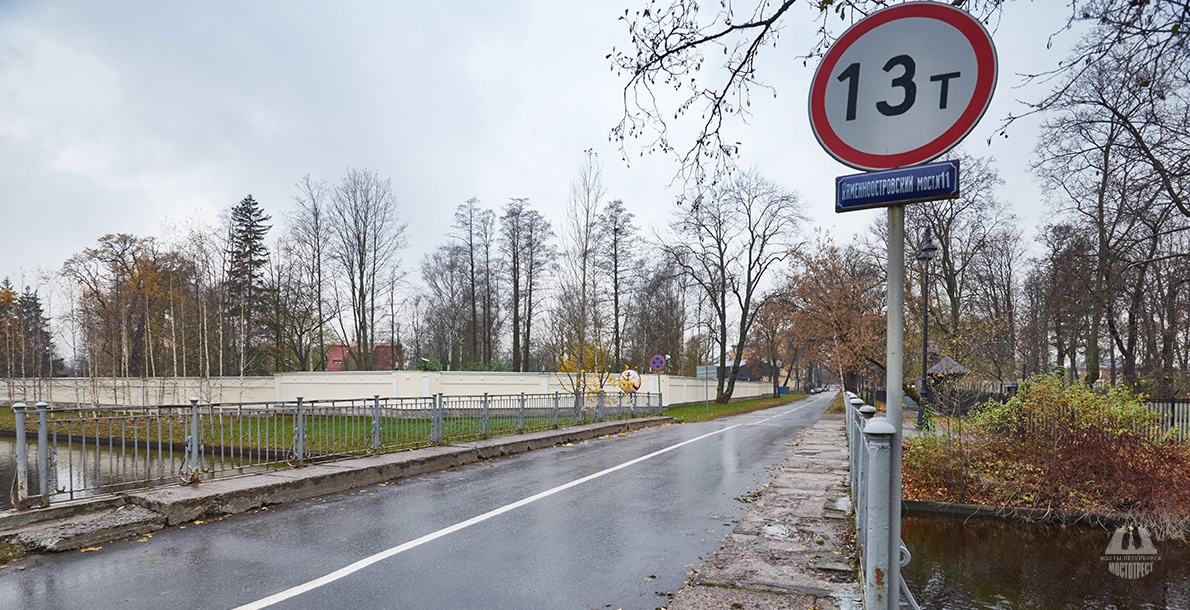 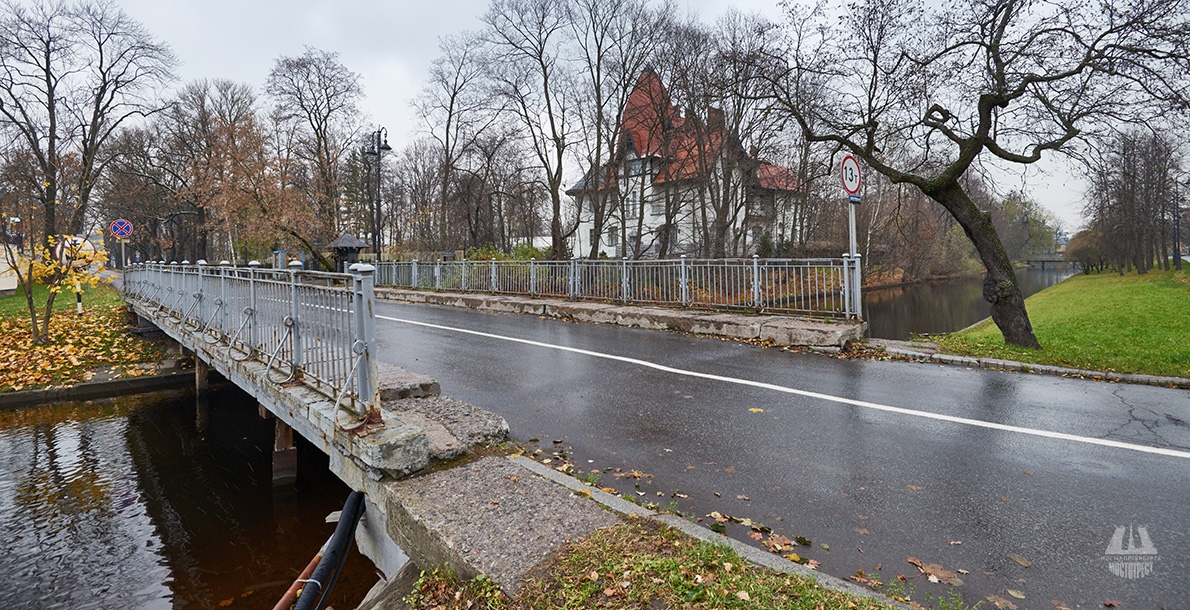 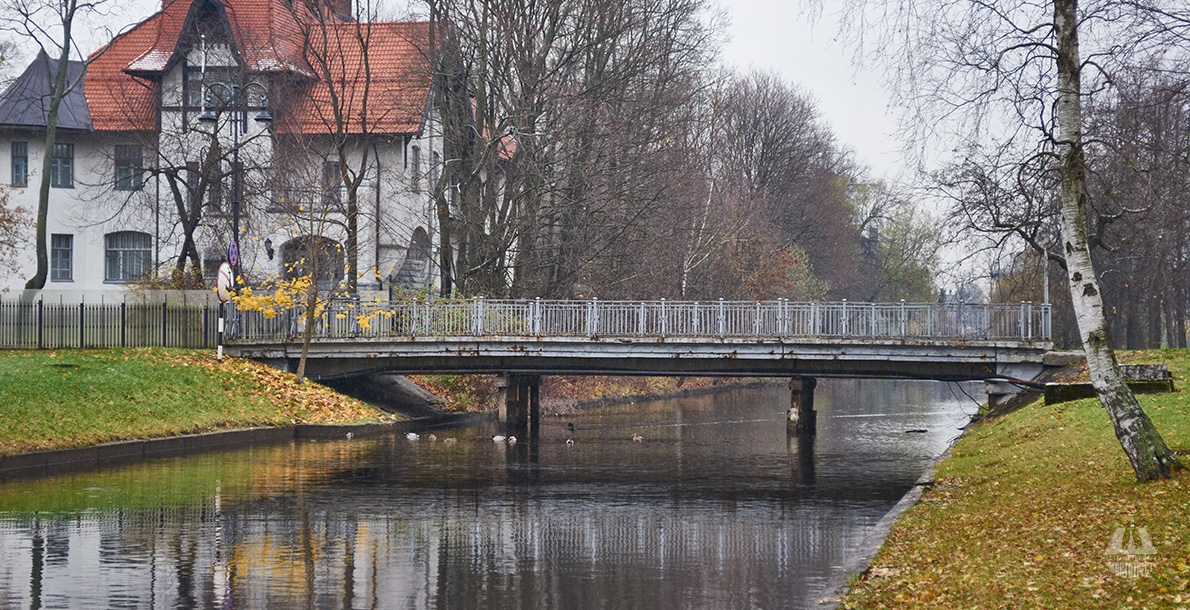 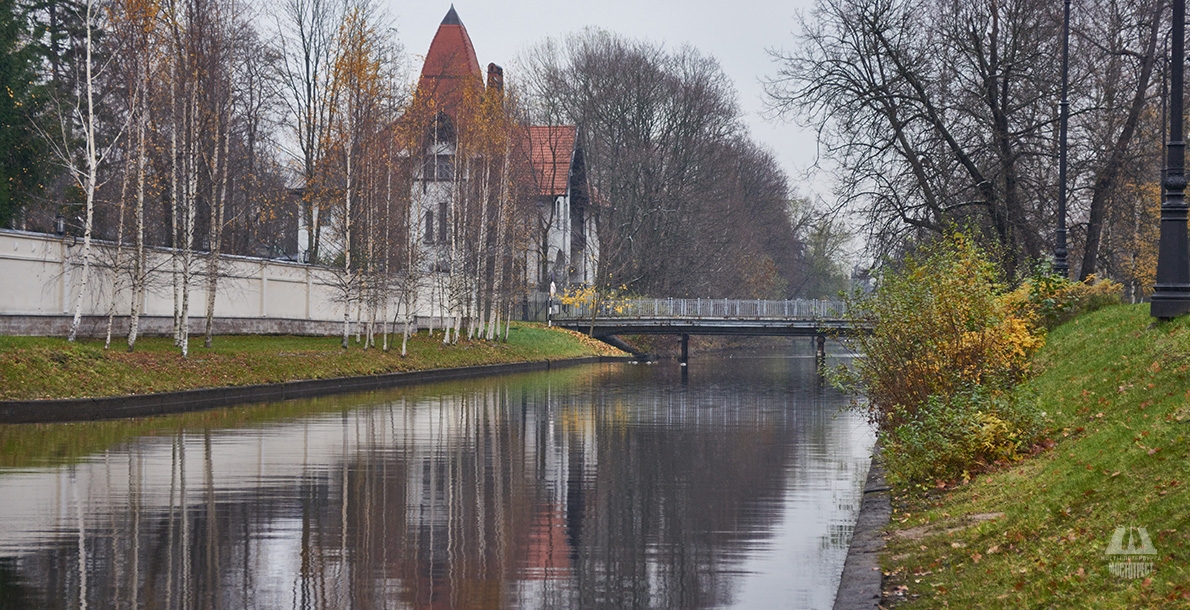 In the second half of the XIX century there was the five-span wooden beam bridge on the wooden piling supports. On timber sleepers there was board. The wooden bridge was repaired several times.

In 1937-1938 during dredging operations in the canal the bridge was disassembled.

In 1949-1951 instead of the former wooden bridge a new three-span metal one of simple system was constructed under the project of Dormostrproekt engineer P.V. Andreevsky. The span consisted of metal welded I-beams. The bridge abutments and supports are reinforced concrete, pile.

In the upper zones of metal beams the timber slab with asphalt concrete pavement was laid. The sidewalk is separated from the roadway by reinforced concrete curb. Metal welded railings of a simple pattern are installed on the bridge.

The bridge was constructed by SU-1 of Trust Lenmostostroy.

In 1975 major repair of the bridge took place; the repair included reinforcement of the main beams with additional metal plates and replacement of wooden roadway structure with reinforced concrete with asphalt concrete pavement.

Near the bridge there are such architectures as Gausvald Cottage (Dacha) (1898, architects V.I. Chagin and V.I.Schoene) mansion of Follenveyder (1904-1905, architect R.F. Meltser), and Quiet Rest Park.