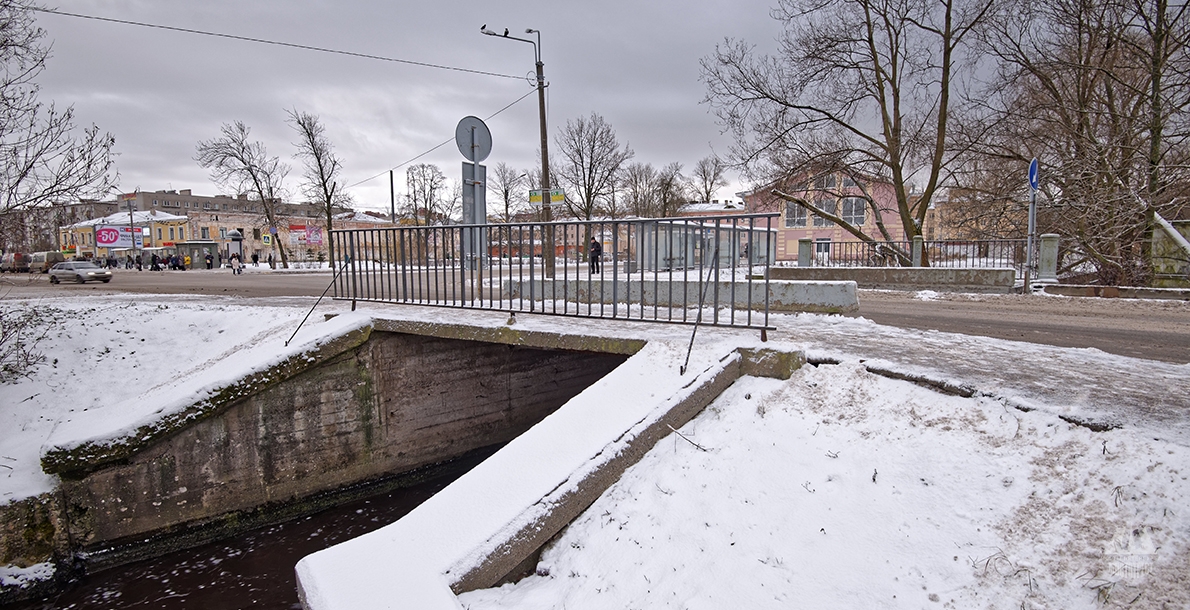 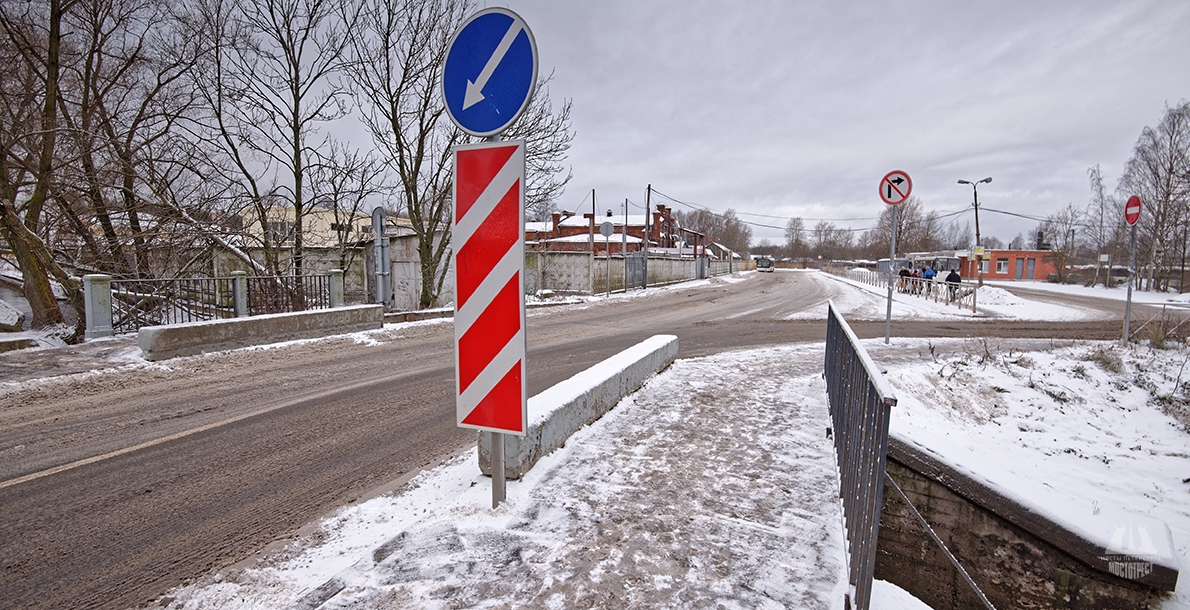 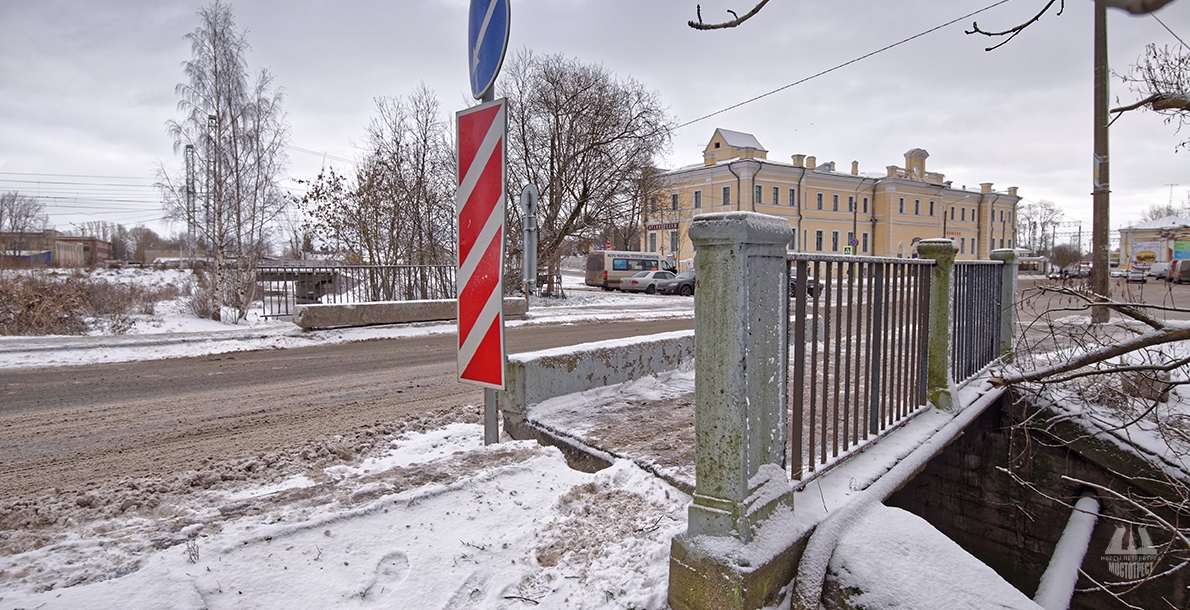 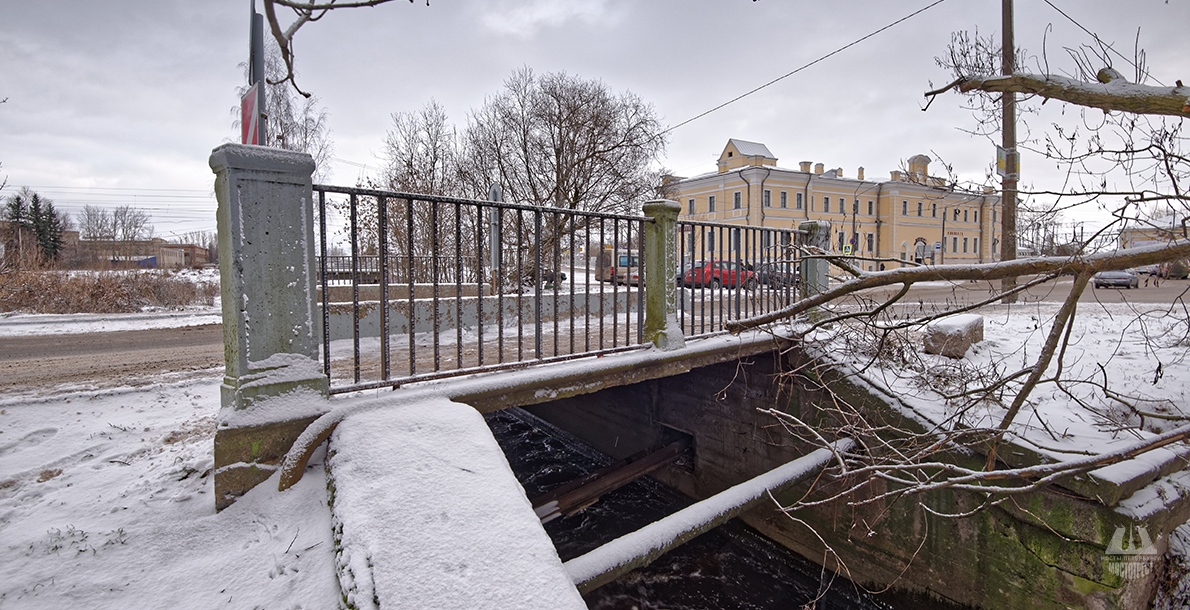 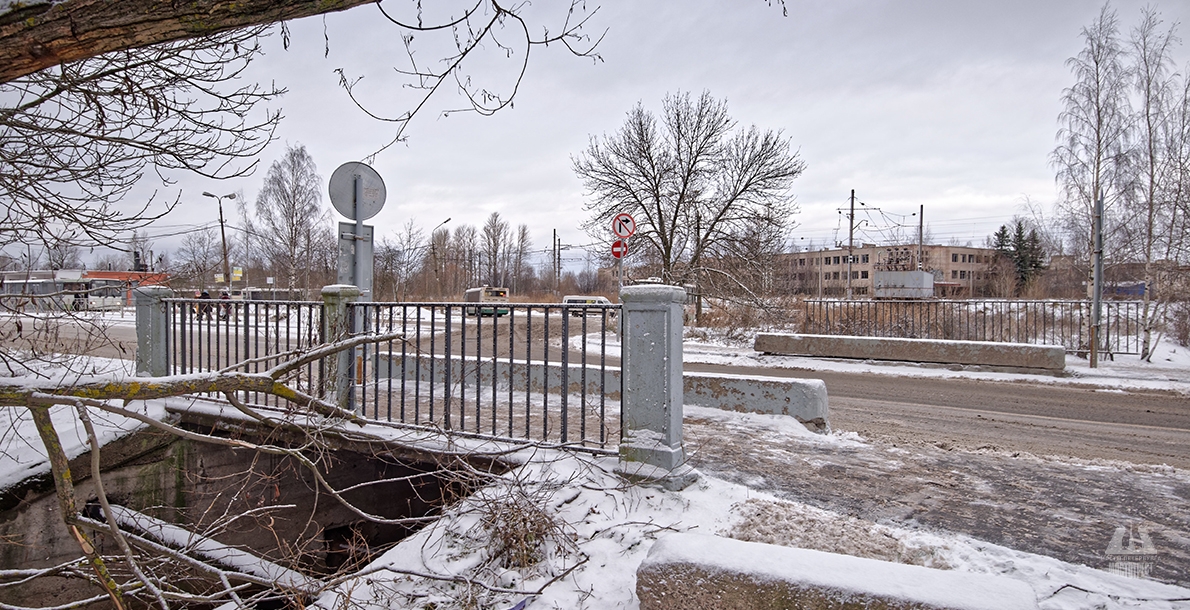 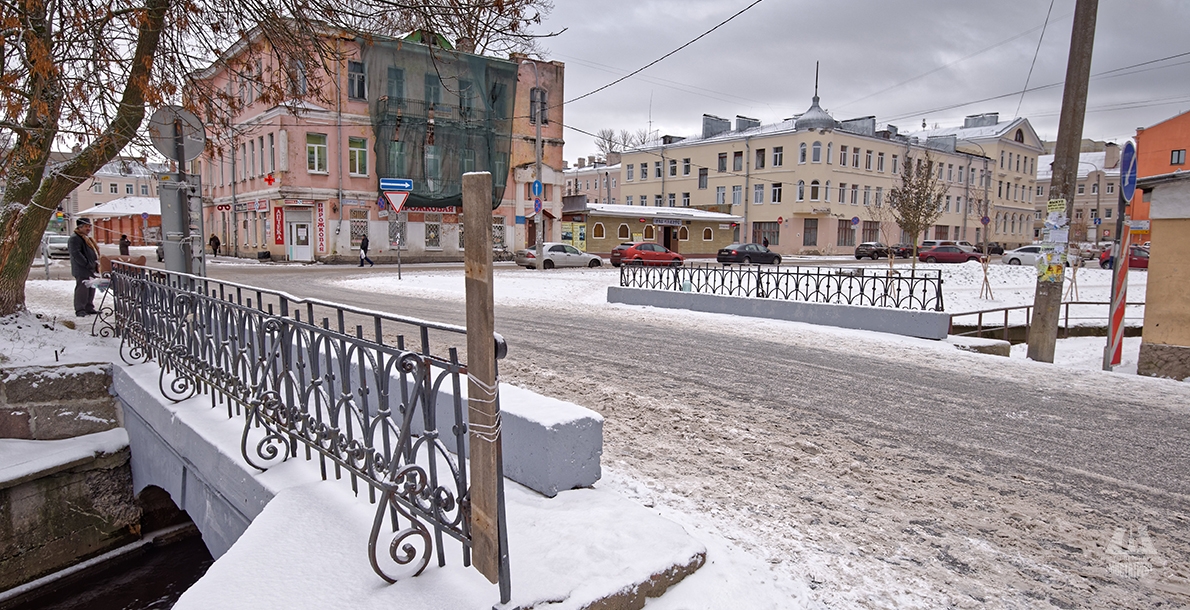 Teatralny Bridge designed for car and pedestrian traffic over the Karasta River is located in Lomonosov Town, Petrodvortsovy District of St. Petersburg, it is situated on Privokzalnaya Street.

Teatralny (Theatre) Bridge derived its modern name on December 10, 2009. And before that time it had no name. According to some sources, the name was given to the bridge in honour of the summer theatre, which was built in the 1860s under the project of architect F.L. Miller. With the opening of summer theatre, country and musical life of Oranienbaum has become a notable event in the culture of St. Petersburg. The theatre has not been preserved and Privokzalnaya Square is in its place now.

The Karasta River (Fin. Kaarosta) flows in Lomonosov and through the Shlyupochny Canal it runs into the Gulf of Finland. The river length is 13 km. Three bridges span the Karasta River – Slobodskoy Bridge, Shvedsky Bridge and Teatralny Bridge.