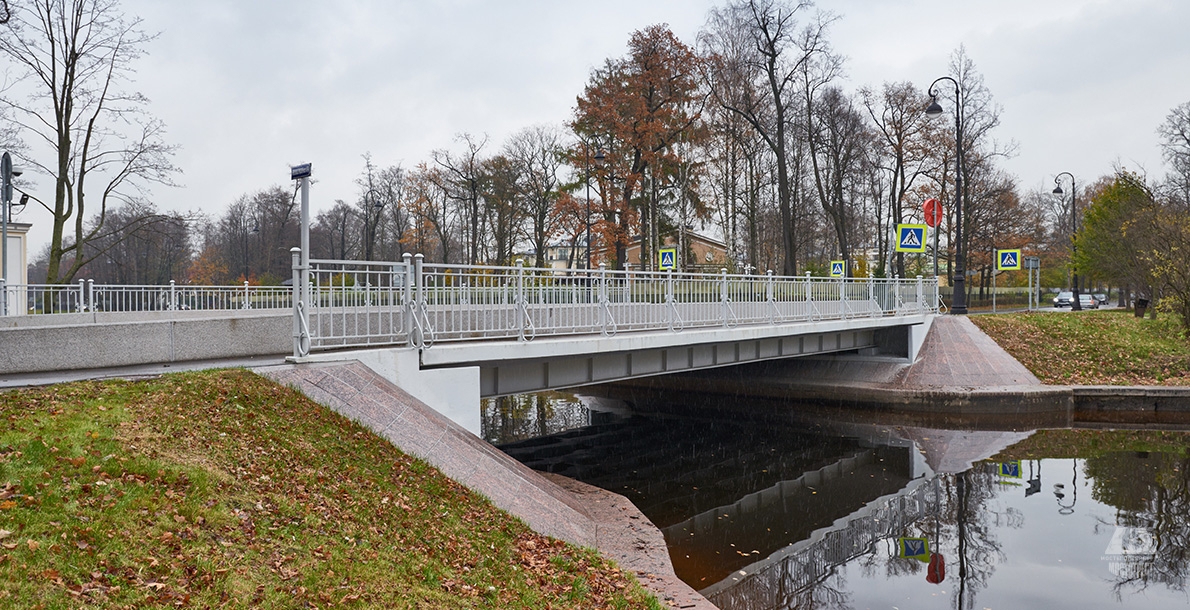 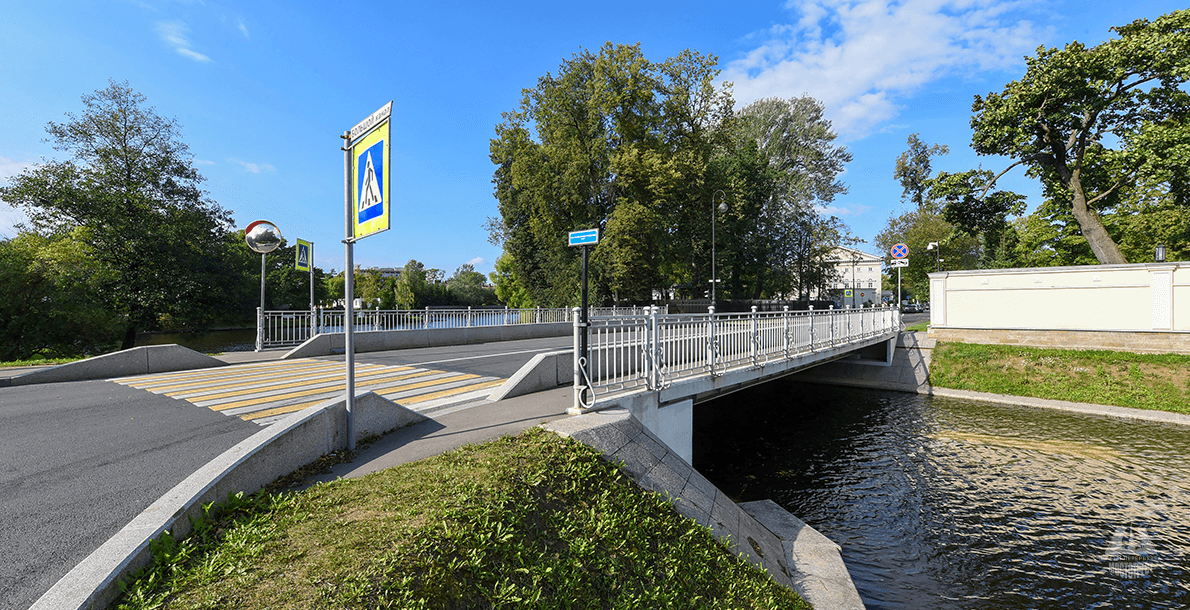 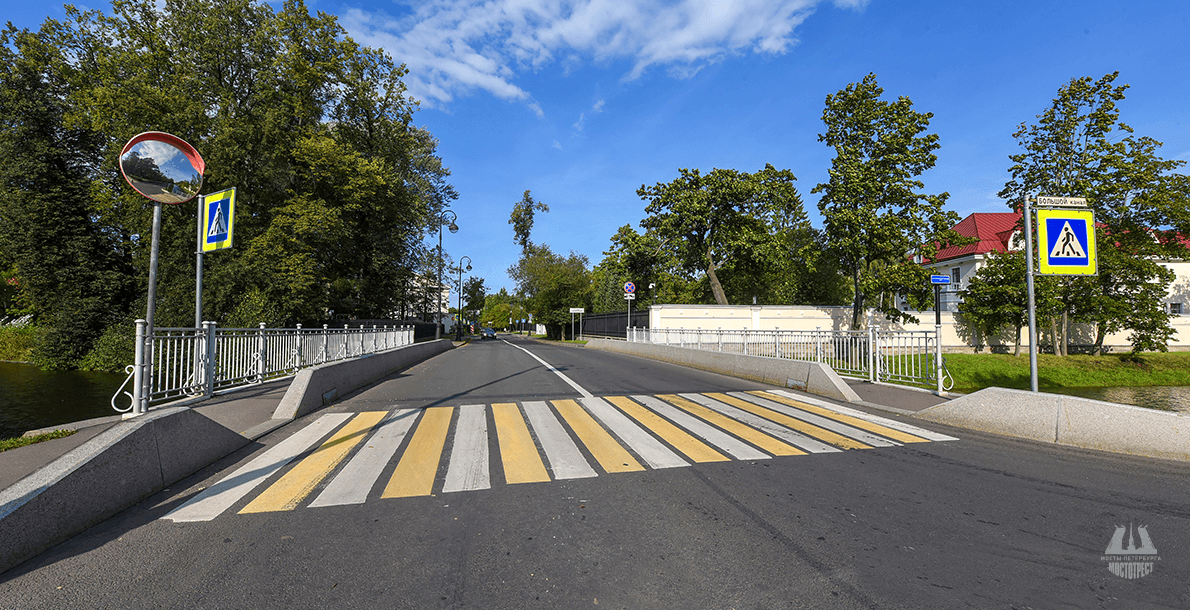 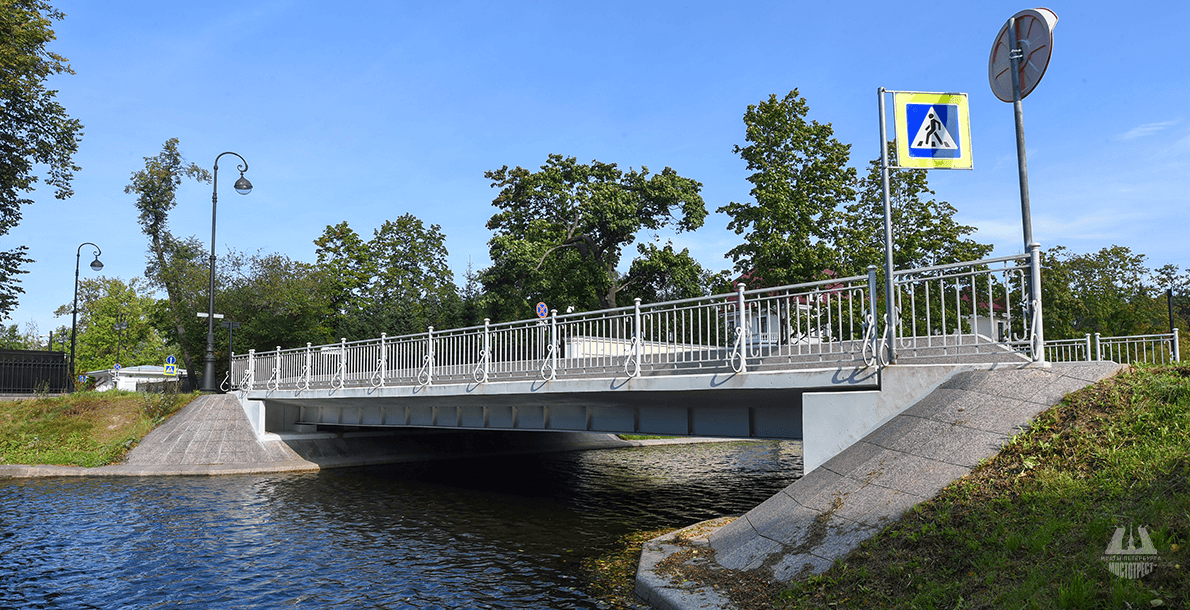 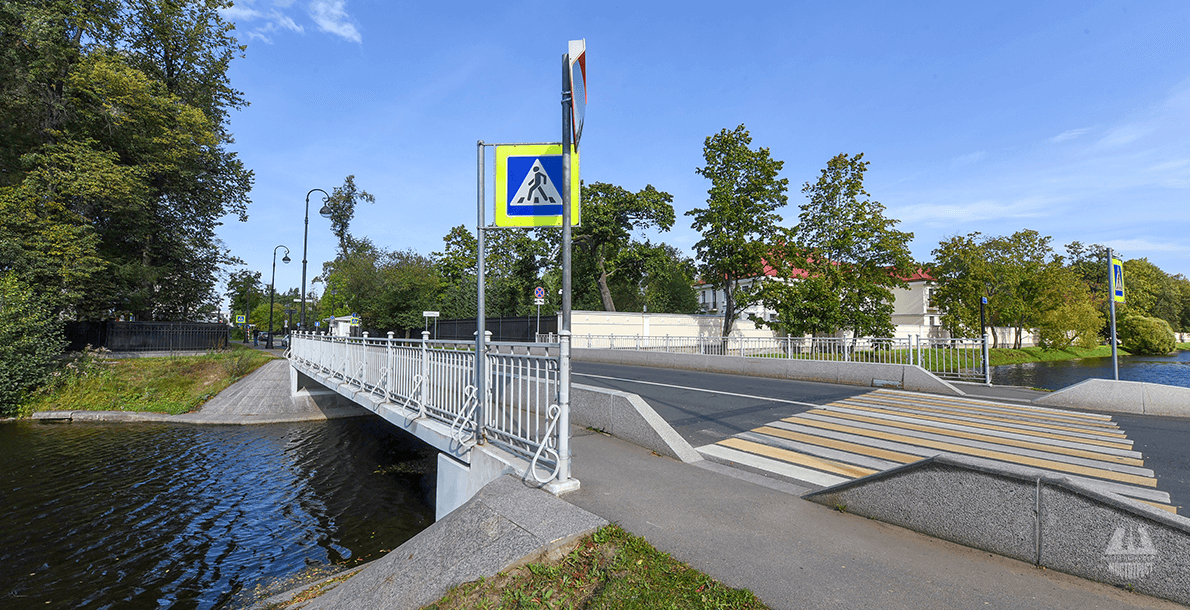 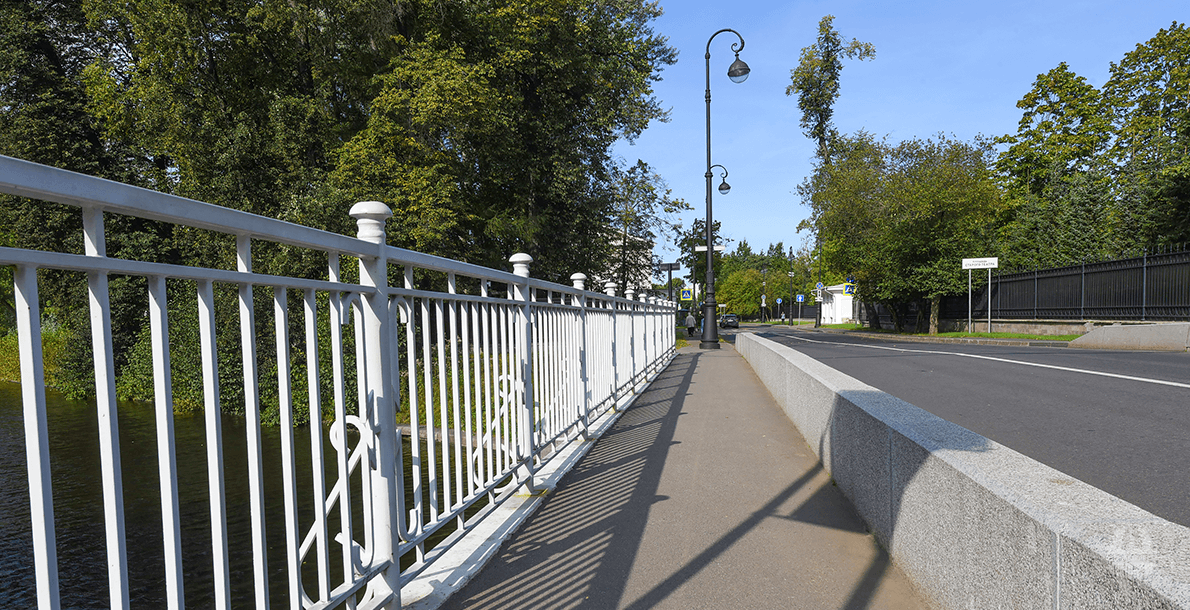 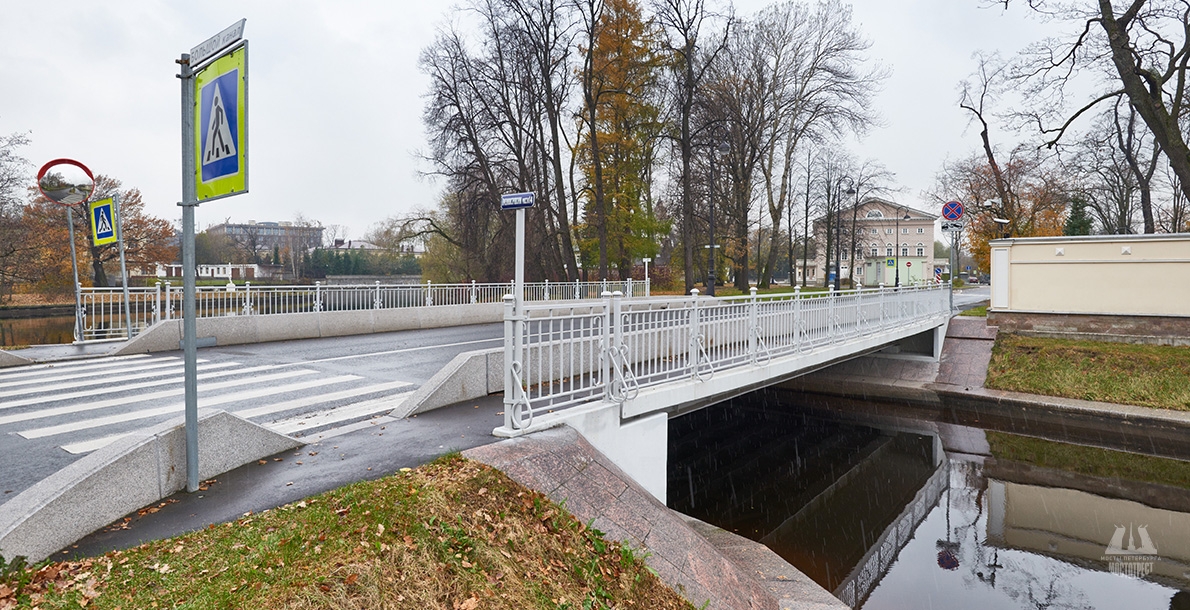 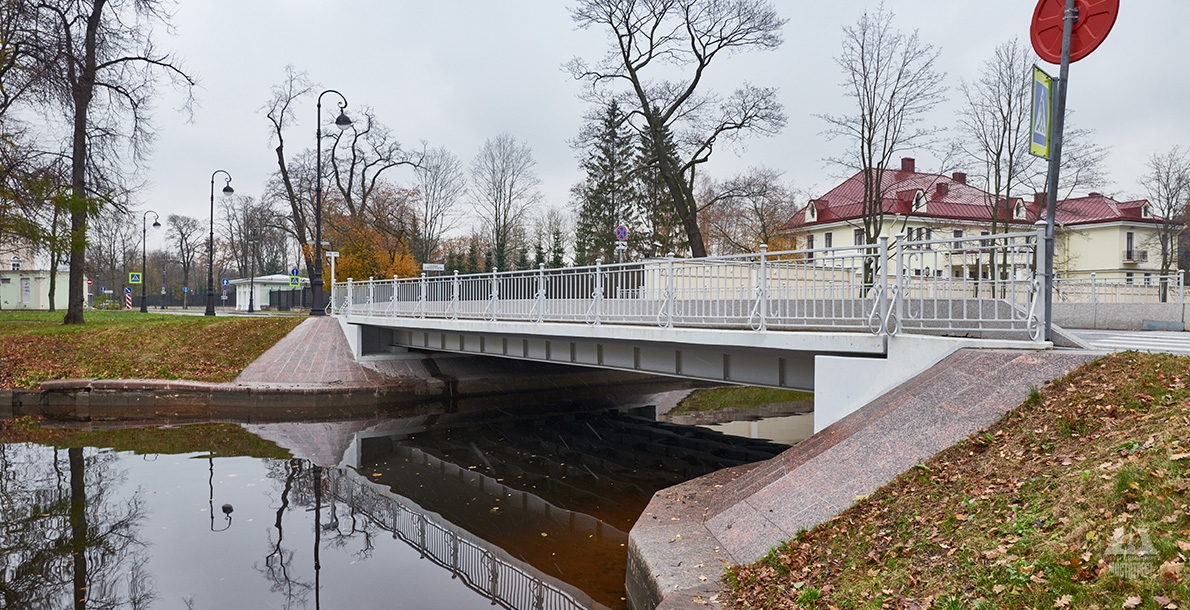 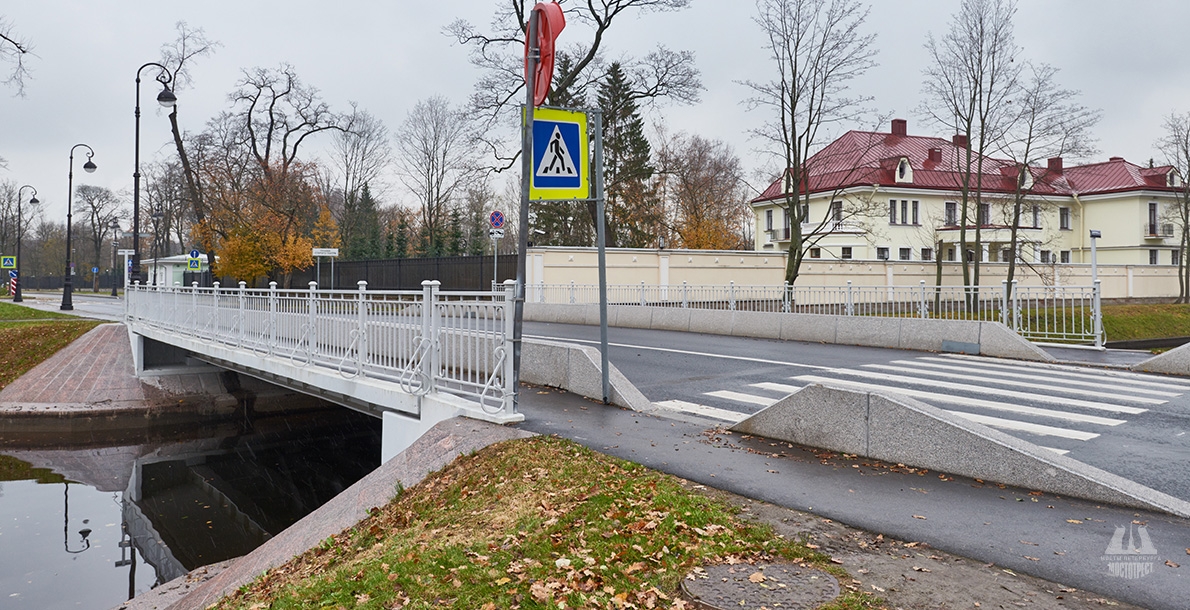 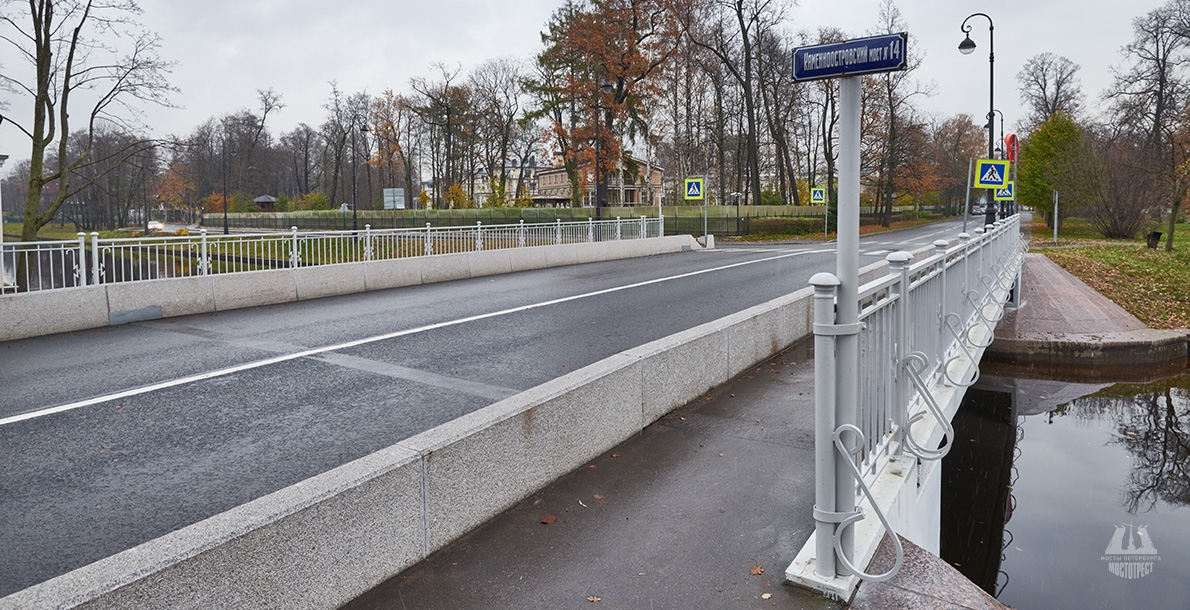 The 14th Kamennoostrovsky Bridge across the Bolshoy Canal of Kamenny Island in Petrogradsky District of St. Petersburg is located in the eastern part of the island from the side of the Krestovka River.

There in 1904 a five-span wooden beam bridge was built on piling supports. On timber sleepers there was board.

In 1937-1938 during canal cleaning and dredging the bridge was disassembled.

In 1949-1951 the bridge was restored under the project of engineer P.V. Andreevsky of Dormostrproekt. Instead of the wooden bridge a new three-span metal one of simple system was built. The span was constructed of metal I-beams of constant height. Abutments and supports are reinforced concrete on piles. In the upper zones of metal beams the timber slab with asphalt concrete pavement was laid. There are metal welded railings on the bridge.

The sidewalk is separated from the roadway by reinforced concrete parapet. The bridge was constructed by SU-1 of Trust Lenmostostroy.

In 1974 major repair of the bridge took place; the repair included reinforcement of the main beams with additional metal plates and replacement of wooden roadway structure with reinforced concrete with asphalt concrete pavement.

By the end of the 2000s it was decided to build a new bridge due to the poor state.

Works on dismantling of the old crossing and construction of a new one were performed within the period from October 2014 to May 2015. For that period a temporary pedestrian bridge was constructed. On May 29, 2015 the grand opening of the bridge after repair has taken place. The roadway of a new bridge was widened; spans, structures of the bridge and railing were replaced; supports were repaired.

The 14th Kamennoostrovsky Bridge provides transport and pedestrian access to the Central Park of Culture and Rest.